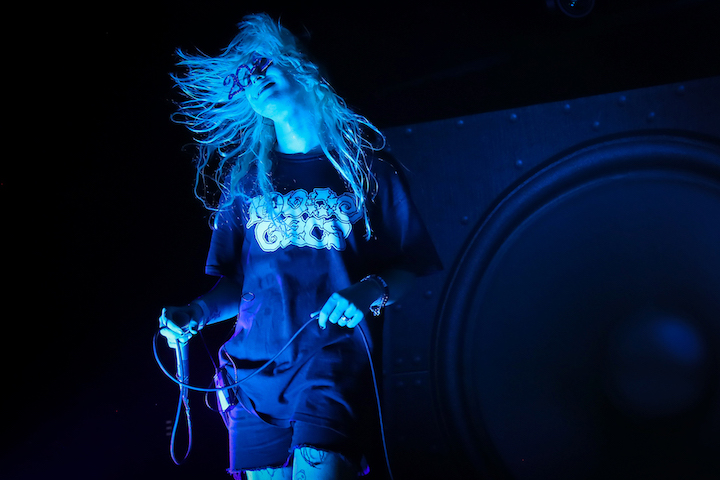 Google defines hyperpop as an “exaggerated” and “eclectic” type of music notable for its intense autotune earworm vocals and brash synth melodies. But regardless, when someone asks me to describe the hyperpop duo that is 100 gecs, I never know what to say. So when I went to a 100 gecs concert, I knew even less what to expect. 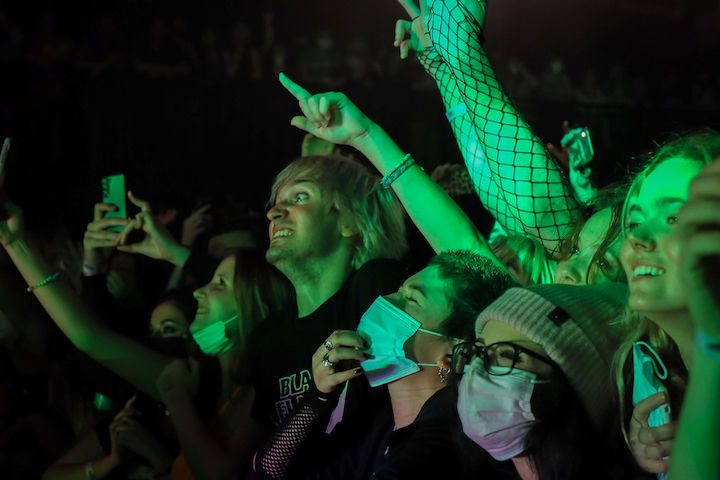 Upon arriving at the venue, I was faced with a wide range of fans, from groups in old 100 gecs merch to a clump of people dressed up as nuns. The show opened with rapper Aaron Cartier half an hour before the original show time of 7 p.m. Laura Les and Dylan Brady, who make up the duo, graced the small yet packed Wicker Park venue dressed in their signature patterned wizard-like capes and pointed hats about two hours later. As the audience repeatedly chanted “We want gecs,” they opened the show with a song from their upcoming second album, 10000 gecs.

Shedding their oversized getup to reveal more casual wear, Les and Brady began to play the intro to their most popular song, “stupid horse,” and the audience went wild. Even when standing in front of the barricade with my back towards the audience, I thought I could feel the entire venue moving with the beat of the song. As the wind from the speakers rhythmically hit my clothes, I found myself screaming the lyrics at the top of my lungs and still not being able to hear myself above the heavy autotune and swarm of people behind me.

Making “stupid horse” the second song of the show was a smart move, as it shot the energy of the room through the roof. After performing “757,” another song from their upcoming album, Les and Brady took a moment to stop the music, kneel to the ground and violently play the xylophone, stopping only when their mallets broke. This interlude captures the feeling of listening to 100 gecs: you never know what is going to come next. 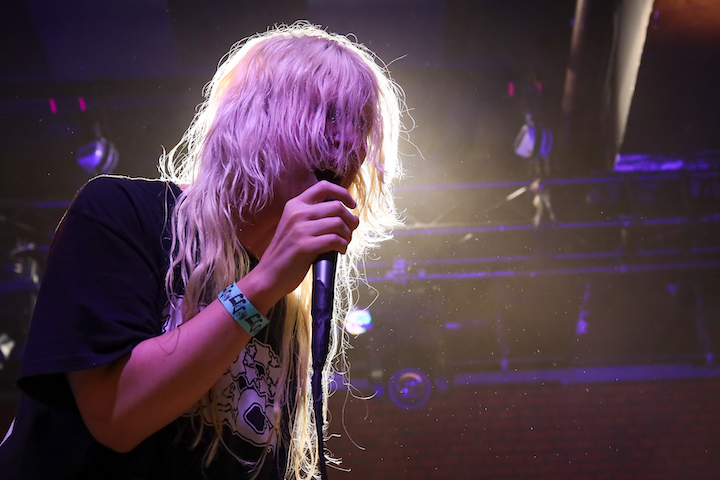 Up next was “ringtone,” another one of their popular songs. Although the remix with Rico Nasty and fellow hyperpop artist Charli XCX has more streams across platforms, fans still remembered the original version and sang along with incredible volume. This energy carried into “fallen 4 Ü” and “Hollywood Baby,” two more songs from the upcoming album, as the crowd broke into multiple mosh pits throughout the venue.

Other notable songs included in the setlist included the overstimulating “gecgecgec” remix and “hand crushed by a mallet,” two tracks from the duo’s debut and only album. Peppered in between other performances of songs from the upcoming album, these songs gave fans the energy boost the show craved.

In a manner out of character for the group and the genre as a whole, Les and Brady played a song without autotune and loud instruments, simply sitting center stage and singing as each played a guitar. The juxtaposition of this calming environment from the violent jumping and moshing a few songs prior was confusing, yet easily acceptable. Like I said, I never know what to expect from 100 gecs.

After this break from blasting adrenaline-pumping hyperpop came one of 100 gecs’ most intense songs: “money machine.” From the first line of provocative lyrics, I could feel the crowd rush forward and the atmosphere escalate. This spirit carried into the final two songs of the set, and, just like that, the show was over as quickly as it had started. 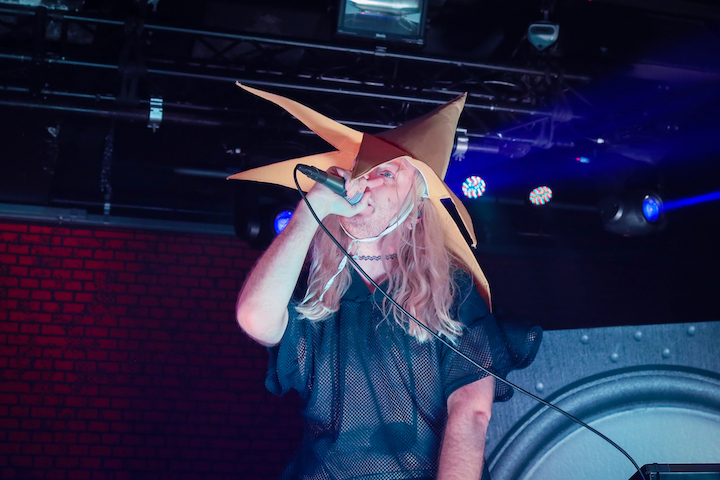 Although the set only lasted about an hour, 100 gecs brought a vitality to Concord Music Hall that was mind-numbing, overwhelming and downright amazing. Ready to do it all again, the duo performed a second show at the venue less than a few hours later.