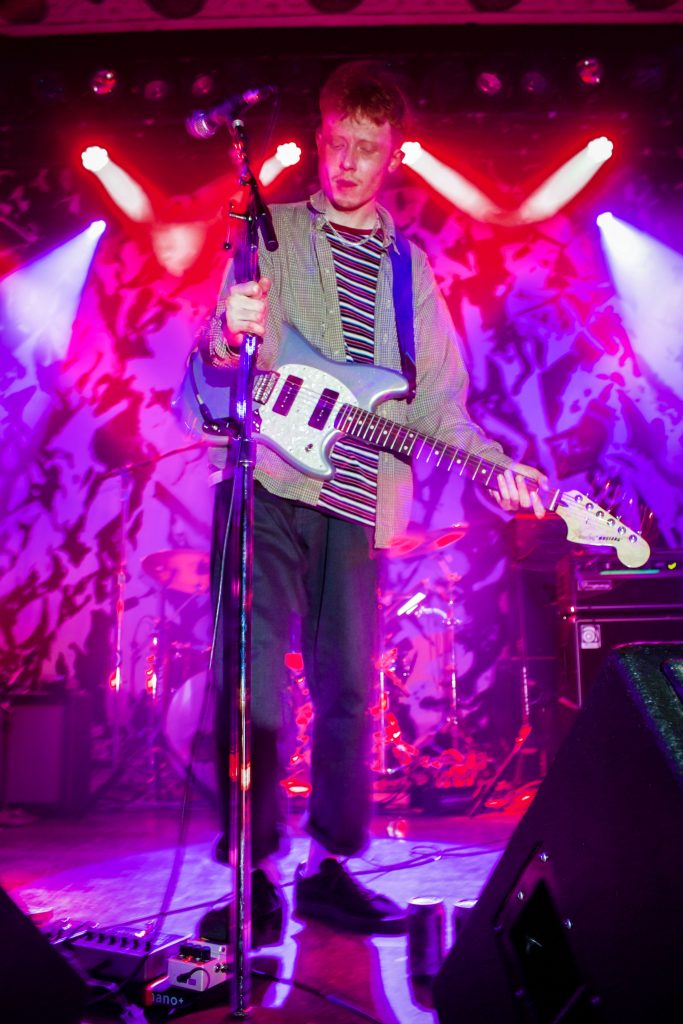 Six feet under the moon, The Metro in Northern Chicago is packed yet eerily silent. Blue lights shine down on a thin pale Archie Marshall. A single gold tooth glints between his lips as the rest of King Krule stands silently behind him awaiting the hit. Waiting to disrupt the simple beauty of Archie and his guitar, they watch with the crowd as his fingers slowly slip into position on the neck of his Fender Stratocaster. “This song’s about the sky” Archie mutters to the crowd. Like water from a dripping pipe the opening chords of the King Krule Ballad “Baby Blue” fill the concert hall. Shivers run down my spine as the lonely rasp of Archie Marshals voice scrapes against my bones. Its hallows eve, King Krule is making my ears bleed, and I love it.
Coming off the release of their brand new LP, The OOZ, an album full of ambient instrumentation and sound effects, King Krule worked seamlessly to mix and meld old and new material into a cohesive concert. With raw emotion propelling the show forward, anger and loneliness took center stage as Archie’s vocals hovered above the sounds of the band. Slowly building off of each other, the band was able to masterfully render their sound into moments of powerful chaos. Moments that without warning would suddenly dissipate into an intimate clarity of emotion as Marshall stood exposed and vulnerable to the greedy gaze of hundreds. 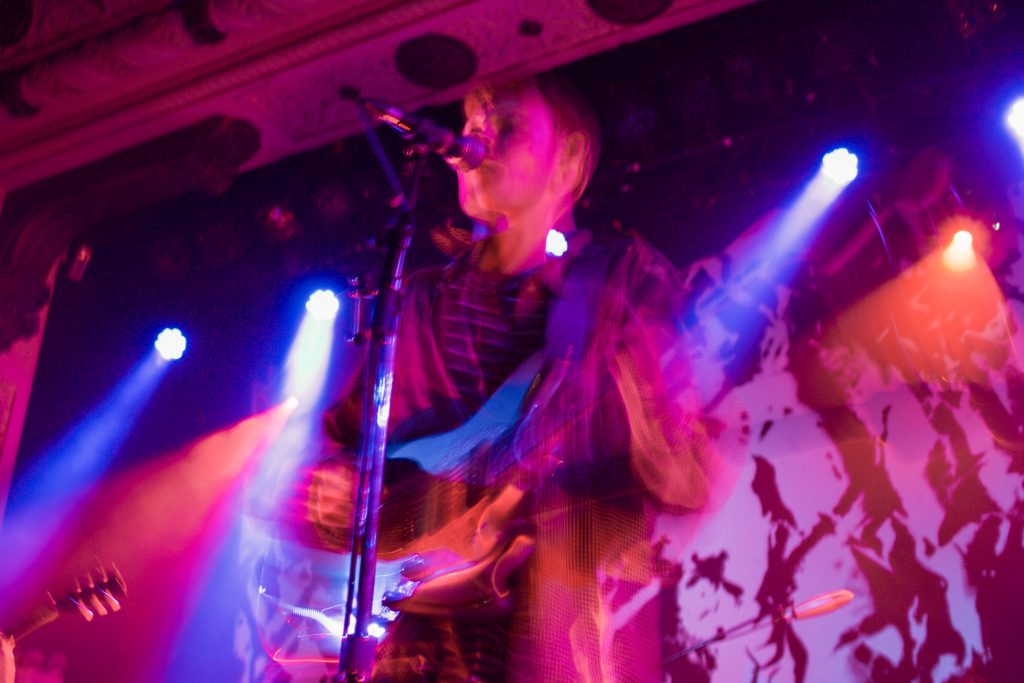 The tone of the show itself was set by the openers, Show Me the Body. With a sound like the love child of New York Punk and Death Grips, what truly sets their sound apart from the rest is their frontman Julian Pratt. Utilizing an electric distorted banjo, along with Noah Cohen-Corbett on drums and Harlan Steed on bass, the band left little time to breathe as they went from one hard hitting song to the next. Political and angry, Show Me the Body was unapologetic and blunt with its sound. Through combinations of electrically distorted bass, high pitched banjo, and screaming vocals, the air thickened as the intensity of the band reverberated throughout the crowd. Leaving the crowd sweating and energized, Show Me the body created the perfect atmosphere for the brutally honest intimacy of King Krule to shine through. 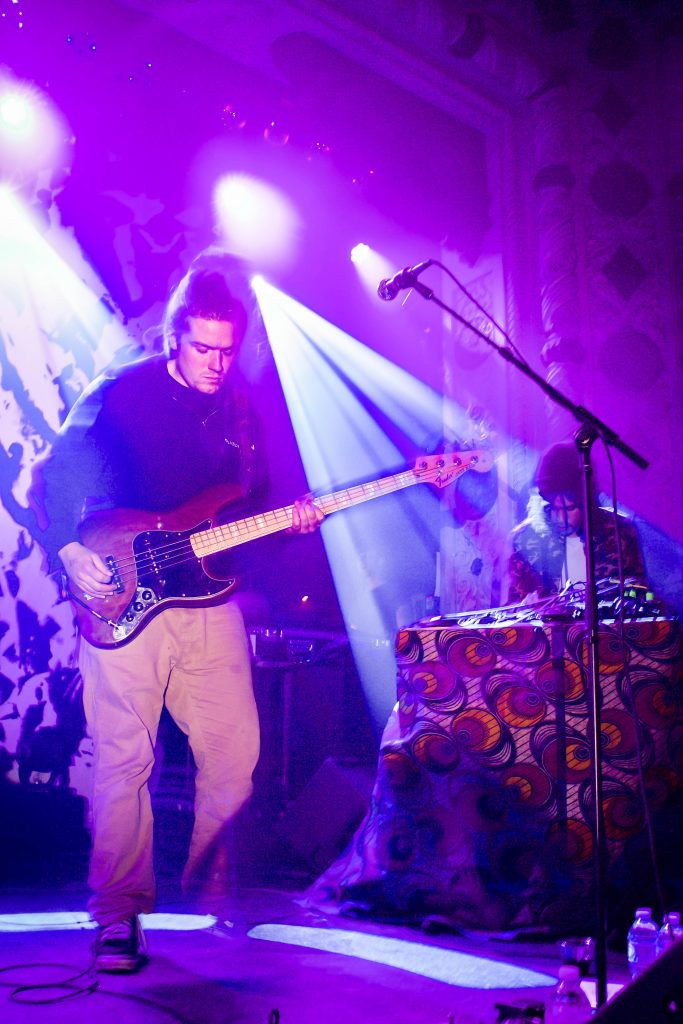 One of the highlights of King Krule’s set was their resident DJ, Connor Attanda. During the performance of the new track Half Man Half Shark, as Marshal repeated its opening phrase, “Half man and the body of a shark man,” Attanda silently sampled the vocals in the background. Playing the loop, it continuously accelerated and rose in pitch until suddenly the bass and drums struck like a locomotive and the song began. Utilizing the vocals of his band mates, Attanda sampled phrases and screams live layering echos of sound that seemed to come from nowhere. With the ability to effect the pitch and tone, echoes of Archie’s voice enveloped the concert hall and collapsed on themselves to create mind numbing climaxes of sound.
Any space left empty by Attanda was usually filled with the jazzy musings of Saxophone player Ignacio Salvadores. One of the additions to King Krule’s sound since their last release, 6 Feet Beneath the Moon, Ignacio’s saxophone enhanced already beautiful moments while maintaining clear lines of melody as the band’s sound ascended into chaos. Especially during the moments when the band around Archie cut out, Salvadores’ melodies rose along with Archies voice above the band to help give its aimless chaos direction. 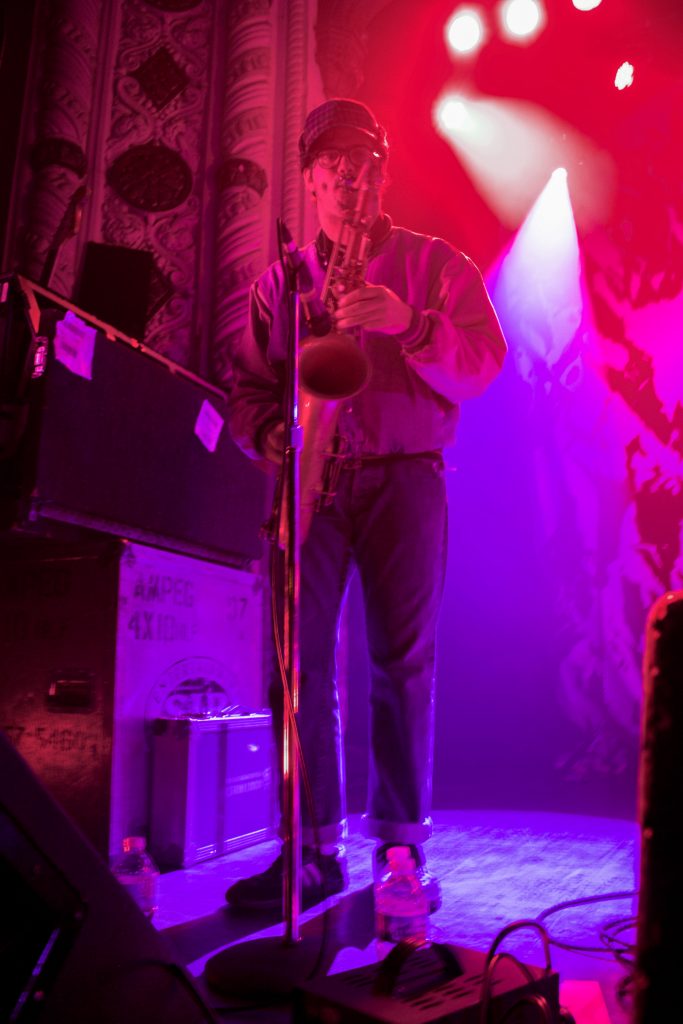 As King Krule performed their final song, Easy Easy, I realized their music was anything but. Utilizing sound effects, live sampling, along with complex melodies and chord progressions, it made their performance all the more impressive. All of these factors came from different members of the band working to create a platform to elevate the poetry of Archie Marshall. At constant conflict with each other yet in perfect harmony, lonely and angry and blue, King Krule’s Hallows Eve performance gave me chills I’ve yet to shake. 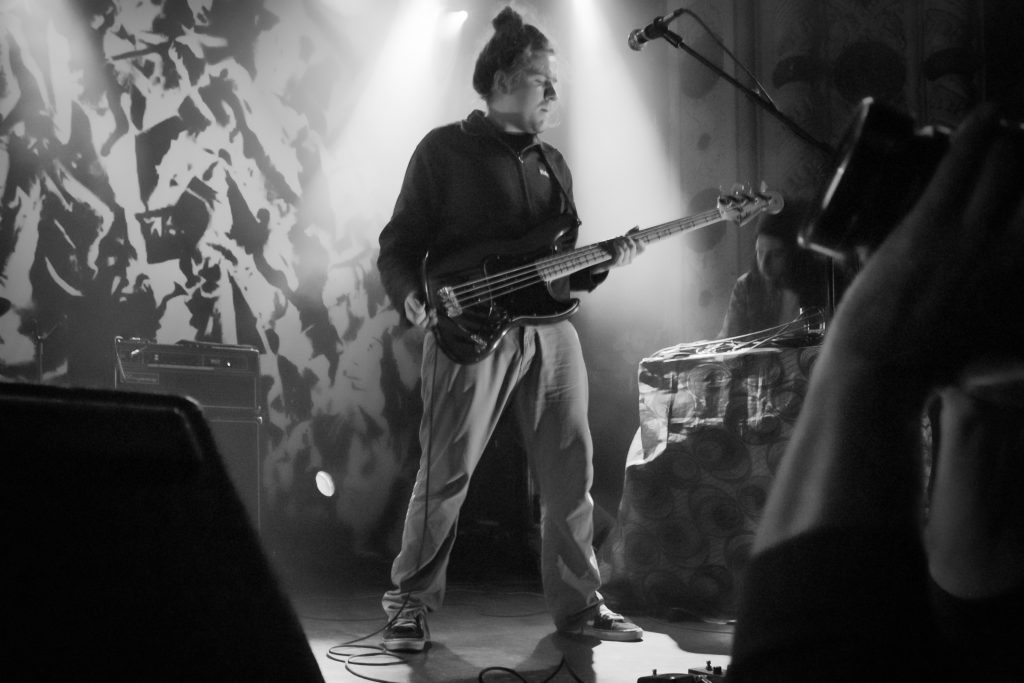