Briston Maroney’s show began with a technical difficulty and a kiss. After replacing his vocal microphone — which had cut out halfway through his first song of the night — “Caroline” (a tune off his most recent EP, Indiana, released this past May), Maroney thanked the sound engineer with one on the cheek. “You smell great,” Maroney laughed. The engineer smiled.

Maroney is a likeable guy like that, both on and off the stage. He treats his audience like an old friend, and in many ways the sentiment is returned. A few times throughout the night, in between songs, he took time to talk about kindness. “It’s not often that you have this many kind people together in the same room,” Maroney remarked toward the end of his show. “It doesn’t seem like much, but this many nice people in a room can go a long way.”

The Nashville-based, self-proclaimed indie-rocker with a DIY attitude and approach carried with him these same characteristics in our conversation together before the show, where we discussed his past year of touring, Nashville musical identity, and foot cramps. 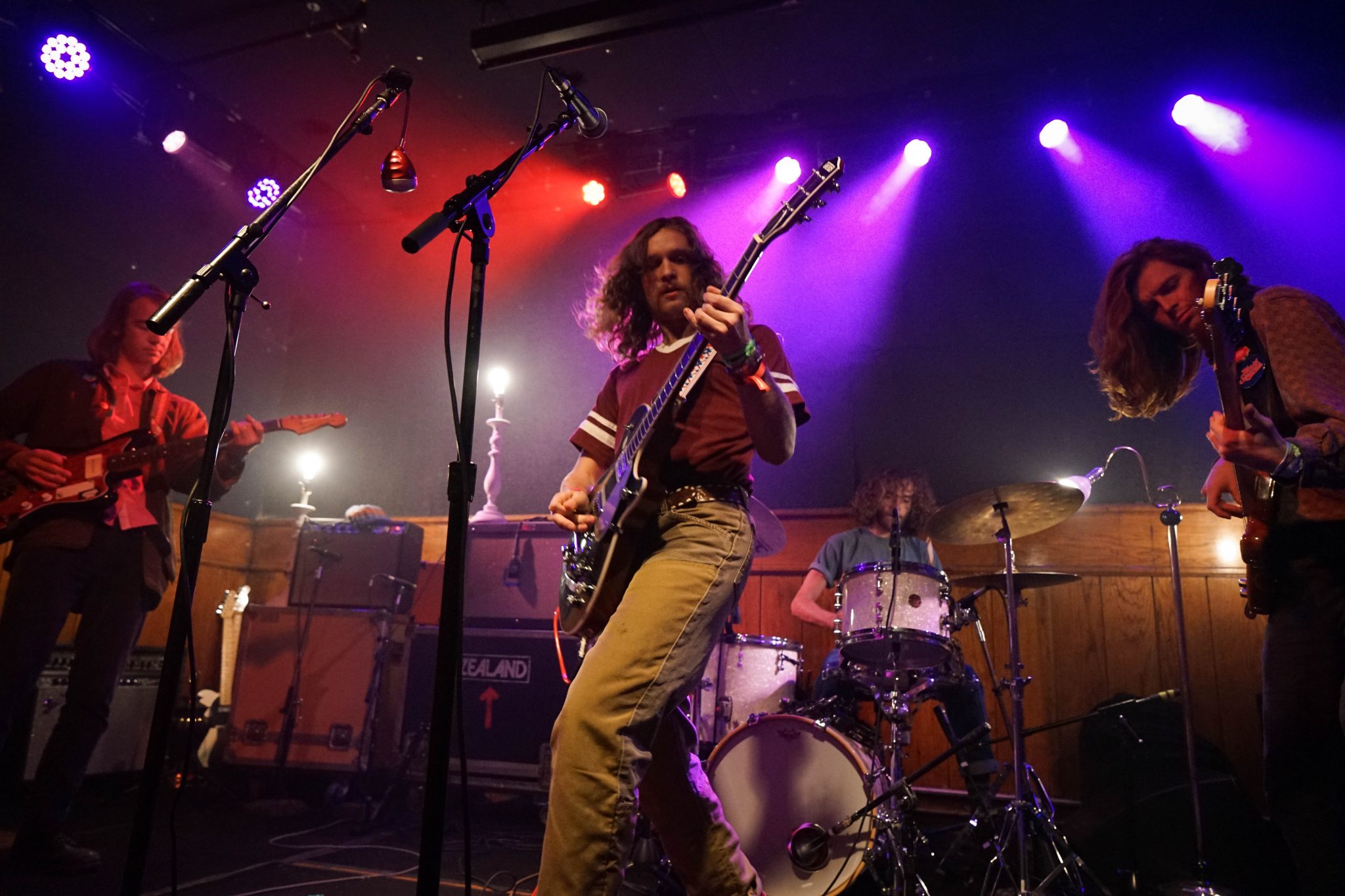 You were touring in Europe with Wallows, right?

Dude, they were so good, and they were really good guys, too. That was an awesome, awesome experience. They changed so much for us. We got to go over there and do some headlining tours, too. Anyone that was there was there because they saw us at Wallows and were huge fans of them. They have a great fanbase.

It has been a long year, in a good way. We’re on the last leg though, this is the third to last show. Going back to Nashville.

And you sold that show out?

Yeah, it’s insane. I never expected that to happen at all. It’s all fucking insane. Nashville’s gonna be a lot of fun. It’s a 500-person venue, which is by far the biggest show we’ve ever been able to do.

PAPER recently called you Nashville’s “Next Big Star?” What does it mean to you to be a quote unquote Nashville artist?

I don’t know. I don’t get that excited when I see a headline that says something like “Nashville’s own,” or something like that next to some dude that looks like me. I don’t really know what that means right now, to be a Nashville artist. I think the scene is shifting a lot. It’s obviously not a country music place; the pop scene is growing bigger and bigger, the DIY scene has always been there. To be a Nashville artist right now, I think, is just to pave your own way.

I want to move to talking about your writing process. Your writing has an interesting way of linking memory and emotion with locations: “Chattanooga,” Indiana, “Freaking out on the Interstate.”

Places are very important to me. I spent a lot of time growing up alone in different places, so I got into routines of making places exciting in my mind, or just making memories, romanticizing states or cities or places or places I’ve never been. I’ve never been to Indiana…. Chattanooga is great.

Throwing it way back now.

You did it. You cornered me.

Yeah if anything came out of the Subtle Clutch stuff, we learned how to work hard. We learned how to book shows and how demanding it was to play a lot of shows when you’re a small band. As silly as that time was, we learned a ton of lessons that apply now. We traveled a lot, did everything ourselves, and we learned very early that you have to do stuff on your own no matter what. There are gonna be nights where no one cares. And, for that band, there were so many nights of playing to people who didn’t care, playing the wrong songs, performing the wrong way, blowing out our voices and having to learn how to recover from that, breaking guitar strings…

One of the most legendary moments of all time was — I used to get foot cramps all the time. We would play outside and I would wear Toms, do you guys remember those?

Yeah, of course. You wore Toms?

Yeah, man, I wore Toms… and corduroy pants… and bandanas… lots of bandanas. But yeah, man, I used to wear Toms, and they don’t have fucking support for your feet. So I started to get this foot cramp, and I started moving really weird, so [my bandmate] Devin was like, “Oh no. It’s happening.” Then right at the same time I started getting a cramp in my other foot. And I fell over and into the microphone I yelled: “double cramp!”

So, yeah, we learned how to deal with situations like that. Which hopefully never happens again.