Today I am providing you with the first interview from the series of conversations I had with artists at North Coast Music Festival last week. This was a special interview for me since I had the privilege of talking to a guy I have admired as both a producer/DJ and a tastemaker for quite sometime. The artist’s name: Barclay Crenshaw. 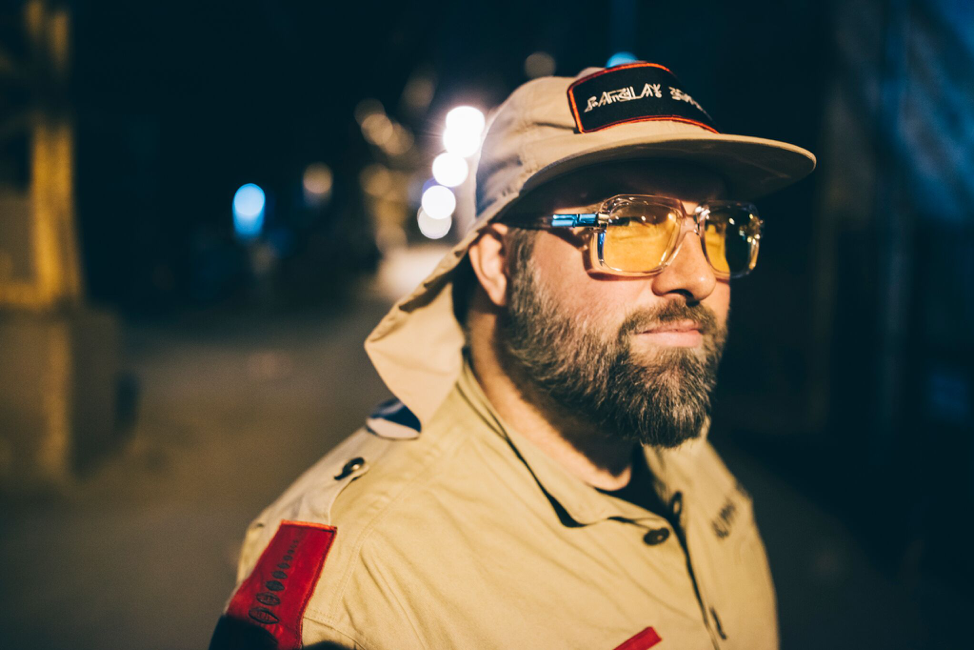 It’s hard to know where to begin when introducing Barclay Crenshaw. The producer and DJ who often performs under the alias Claude VonStroke has created his own brand of funk-infused techno and house records and toured the international circuit playing many of the hottest venues and festivals on the planet: from headlining Movement Festival in Detroit this year to appearances at Coachella, Creamfields, and Tomorrowland (among many others over the years). Crenshaw is prolific and seemingly tireless. In 2016 DJ Times named him the Best DJ in America. And beyond his own productions and DJ sets, he has also established one of the most respected labels in the dance music industry, Dirtybird Records, which was named label of the decade by Mixmag just last year.
From the get-go, Barclay Crenshaw has done things differently: Although he had been making his own music for years, Crenshaw launched his music career out of a film project. In the early 2000s he worked on the documentary Intellect: Techno House Progressive with the intention of getting into the minds of successful DJs and producers and figuring out how they operate. After finishing the film, he subsequently began to produce and release his own records and DJ across the U.S. He established Dirtybird Records in 2005, released his debut album Beware of the Bird in 2006, and created a Fabric mix for the illustrious Fabric club in London in 2009, all the while quietly building a steady and loyal following in the American underground techno and house scene. Now, Crenshaw’s meticulous productions and distinctive style have made him an internationally recognized name in dance music and a respected tastemaker both at home and abroad. Moreover, he’s brought his own events to cities and towns across the country: his Dirtybird barbecues-which often feature street food, outdoor games, and of course, music-have helped solidify his brand and his label’s prowess-from LA to Brooklyn. Yet in spite of his many achievements, Barclay’s ethos has remained down-to-earth and unpretentious: based on the performances I have seen and the time I spent talking with him, it appeared clear to me that he focuses on presenting his listeners with danceable music that does not take itself too seriously or masquerade as something it’s not. It’s about having a good time and truly enjoying the atmosphere and mood music can create for the audience or even the casual listener. So without further ado, here is my conversation with Barclay following his evening set at North Coast Music Festival:

This conversation has been lightly edited for clarity and length.

Brennan White: Gotcha. Cool! So I know you have a background in film. You worked on the film Intellect: Techno House Progressive. So you learned a tremendous amount from the dance music scene from that film, right? 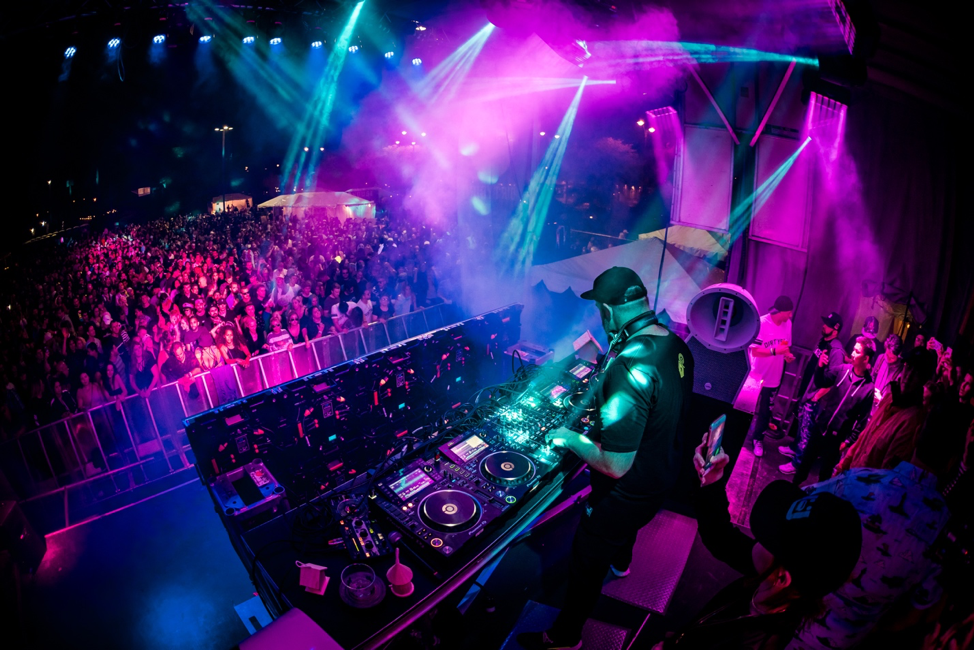 Brennan White: yeah. So I guess my last question for you is: with Dirtybird, you’ve managed to curate a specific sound, but it seems like there’s not really any compromise on the parts of the artists that contribute to your label.
Barclay Crenshaw: No there isn’t!
Brennan White: So how do you go about being so specific and scrupulous with picking tracks but still allowing people to have that energy, you know?
Barclay Crenshaw: Yeah I don’t actually sign anyone, sign as in contractually-
Brennan White: So you sign tracks?
Barclay Crenshaw: I just sign individual pieces of music. And that gives me so much freedom. Because when you sign an artist you’re committed to everything they make and sometimes I don’t wanna go that direction.
Brennan White: Yeah.
Barclay Crenshaw: So I’m like a purist in that sense.
Brennan White: that makes sense.
Barclay Crenshaw: So we’re only signing tracks. But there are people who have made a lot of tracks that come out on Dirtybird, like Justin Martin…People I think that are amazing that I sign a lot of records from. But I never actually sign them. And the other thing I notice is, this is a big life lesson that I learned, the more you try to clamp down and tell people what they have to do for you the less they want to be involved. And the more you just let them do whatever they want and tell them that they can be involved just if they feel like it, the more they want to do with you.
Brennan White: Uh huh.
Barclay Crenshaw: Which is like counter intuitive; You think you have to control everyone but really you just have to be like “I’m just having a fun party do you want to come?”
Brennan White: Yeah, and I think it was Richard Branson, who had some part in that thinking. With his work with Janet Jackson, I know it he didn’t sign her to a [long] contractual agreement, it was like we’re gonna release this song and these couple records but I’m not gonna own everything that you do next and you’re not obligated. It’s kind of an interesting way to free up the artist but also allow yourself to continue to produce what you want.
Barclay Crenshaw: Everything is based on relationships anyway so if the artist feels good about working with you, then they’ll work with you. If they don’t feel good about working with you then it doesn’t even matter if they have a contract. They’re just going to tank it or figure a way out of it or just fuck it up.
Brennan White: Absolutely.
Barclay Crenshaw: It doesn’t do you any good to have bad vibes going down.
Brennan White: For sure! Alright so I think that brings us to the close of this interview. Barclay I appreciate you spending time with us!
Barclay Crenshaw: Thank you. Come to the Birdhouse Festival next week in Chicago!
Brennan White: Birdhouse fest!
Barclay Crenshaw: It’s at the plumber’s industrial toiletries Union! [sarcastically]
Brennan White: [laughs] You’re kidding me!
Barclay Crenshaw: I don’t know where it is!
Brennan White: Everybody should be there regardless of where it is.
Barclay Crenshaw: It’s in a great spot. It’s where the Dirtybird festival was three years ago.
Brennan White: Okay, we’ll post that on the website [CLICK HERE FOR TIX!] . This has been Barclay Crenshaw, AKA Claude VonStroke. Thanks again Barclay, this was the Sonic Sanctuary show with Brennan White!
Barclay Crenshaw: Cool! 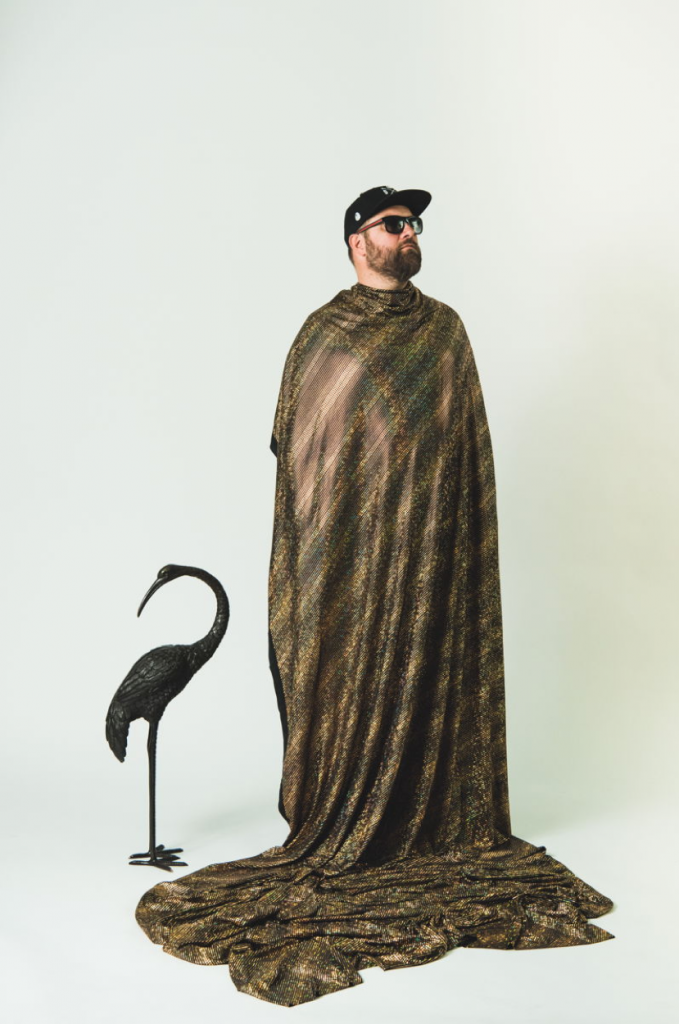 A complete version of the audio interview will feature on Sonic Sanctuary on the website on Sunday September 9th and on air from 12:00am to 1:00am on September 14th. Thanks for reading!
And grab your tickets for Birdhouse Festival right here! I will be there so you know it’s gonna be a fun time 🙂
Cheers,