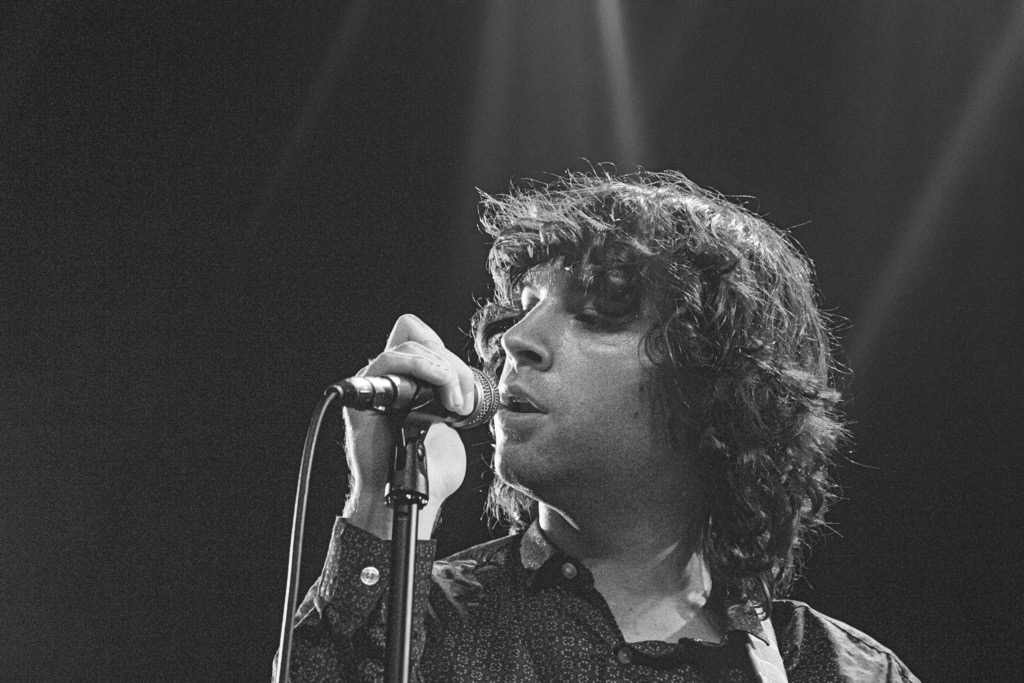 Somewhere between Appalachia and Laurel Canyon — between Neil Young and The Velvet Underground — lies The Nude Party.

The North Carolina band dazzled on stage at Lincoln Hall on Thursday, bringing their twangy, fuzzy, booze-soaked brand of rock of roll to Chicago.

Sporting bolo ties and vintage haircuts, the band doesn’t hide its influences, embodying the spirit of ‘60s and ‘70s rock icons like The Doors and Rolling Stones. Frontman Patton Magee — alongside bandmates Austin Brose, Alec Castillo, Shaun Couture, Don Merrill and Conor Mikita (plus touring pedal steel guitarist Jon “Catfish” Delorme) —showed off his moves and pulled no punches, ripping through songs from each of the The Nude Party’s three albums. Magee even broke out the kazoo for “Nashville Record Co.” and tambourine for “Wild Coyote.”

The band got off to a bluesy start with “Feels Alright” and then coasted into “Pardon Me, Satan.” They played a handful of songs from their 2020 album Midnight Manor — which blends California psychedelia, swampy blues and punk — including “Cure Is You,” “What’s The Deal?” and “Shine Your Light.”

Castillo’s bass riff drove the tempo-shifting “Astral Man” into a spacey bridge full of slow psychedelic grooves, and Delorme’s pedal steel sliced through the hazy break-up tune “Things Fall Apart.” The band closed the set with the honky-tonk anthem “Chevrolet Van,” with Magee sarcastically relaying the condescending advice from an older relative: “You’ll never make enough money / And no one cares about the things you say / You’re gonna wake up someday / And you’ll wish you got a job.”

Then, finally, a mosh broke out for The Nude Party’s electrifying encore, which included the band’s two punkiest songs — “One More Mile” and “Lonely Heather.”

Before the show, Magee spoke with WNUR about his favorite Chicago spots and the disturbing (yet hilarious) downfalls of naming the band The Nude Party. Read the full conversation below.

What do you say to those who think rock and roll is dead?

I met like 10 different kids last night that had just started rock and roll bands in Nashville. The proof is in the pudding.

Midnight Manor is, in my opinion, your best work yet. It’s also your most conceptual. Tell me about the process of writing and recording that album.

We had been touring the previous record for like two years straight. So we had a lot of song ideas that didn’t really ever get fleshed out because we were always on tour. We would be ready to go write and record the record, and then we would get offered a tour in Europe or to open for the Arctic Monkeys or Jack White. Finally, we got offered an Australian tour with The Growlers, which sounded really fun, but that was when we were finally like, “Alright, we just have to say no to something at some point.” It’s the first record that we ever wrote and then recorded without touring the songs. 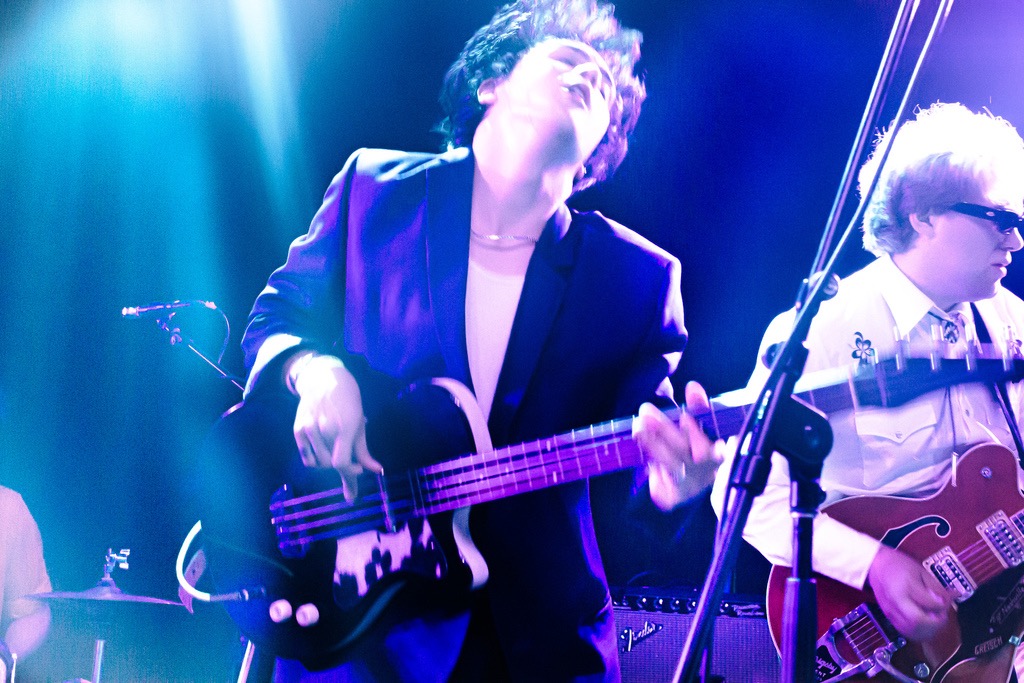 Was it scary not having crowd feedback for those songs, or was there a comfort in not getting to test out the material on tour?

It’s kind of twofold. On the one hand, when you play a song live, you can immediately gauge people’s reactions to it and feel how well it’s going over, and even how different parts go over. You get an immediate feeling of like, “Oh, this probably needs to be made better” or “This is already really good.” With upbeat songs, it really helps to have crowd reactions before you record them. But on the other side, we recorded a lot of low-key, softer songs that I wonder if we would have done if we were thinking in a live show sense. But I’m really glad we did, because now we do some of those really soft songs, like “Things Fall Apart,” live, and it’s one of the best parts of the set. Rather than just going full force the whole time, it gives you some dips and dives and lets the whole room go up, down and back up together.

What’s the key to a great cover song?

Pick something that isn’t in the greatest hits of the band. Sometimes we’ll do The Velvet Underground. We wouldn’t do “Sweet Jane,” but we would do “Oh! Sweet Nuthin.’” Pick a band you really like but not something at the very top of the catalog.

When you guys play in Chicago, are there certain spots you have to hit?

Oh yeah, well I’m outside Strings Ramen right now — we’re gonna get some spicy ramen. I tend to go to the Chicago Music Exchange because they really like us there and treat us well and give us discounts. When I was looking to buy a Rickenbacker, I tried like every guitar store in Manhattan and Brooklyn and Philadelphia, and nobody had one. I call up Chicago Music Exchange and they have four.

With a name like The Nude Party, do people ever show up to your shows under false assumptions, or have you received any misguided attention? 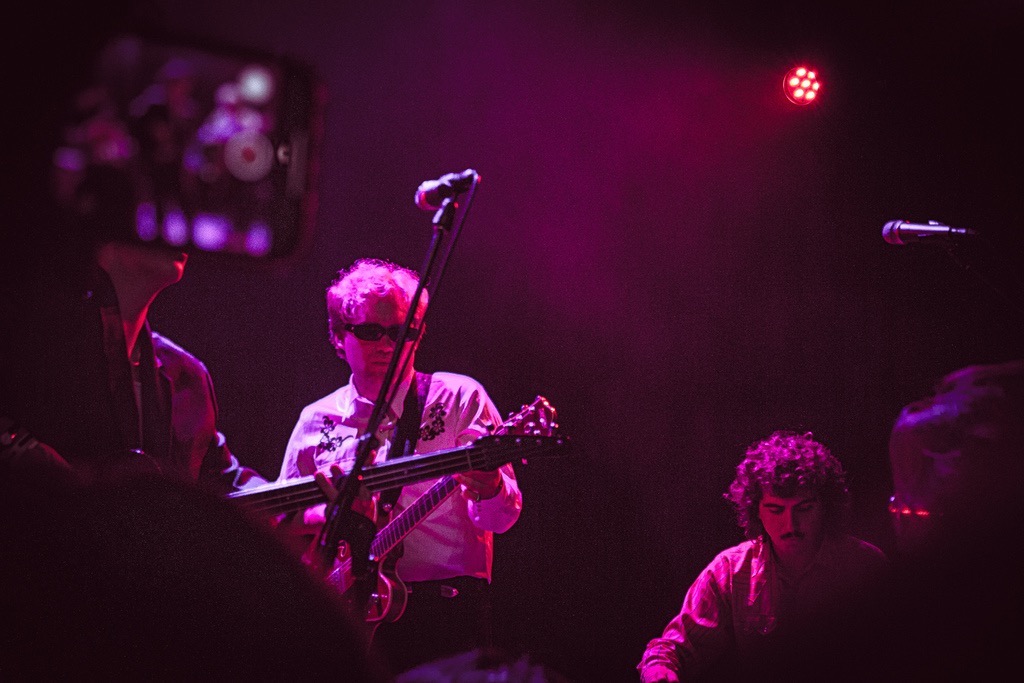 How would you describe your live show to someone who’s never seen it?

See WNUR’s coverage of The Nude Party’s 2019 show at The Riviera here.