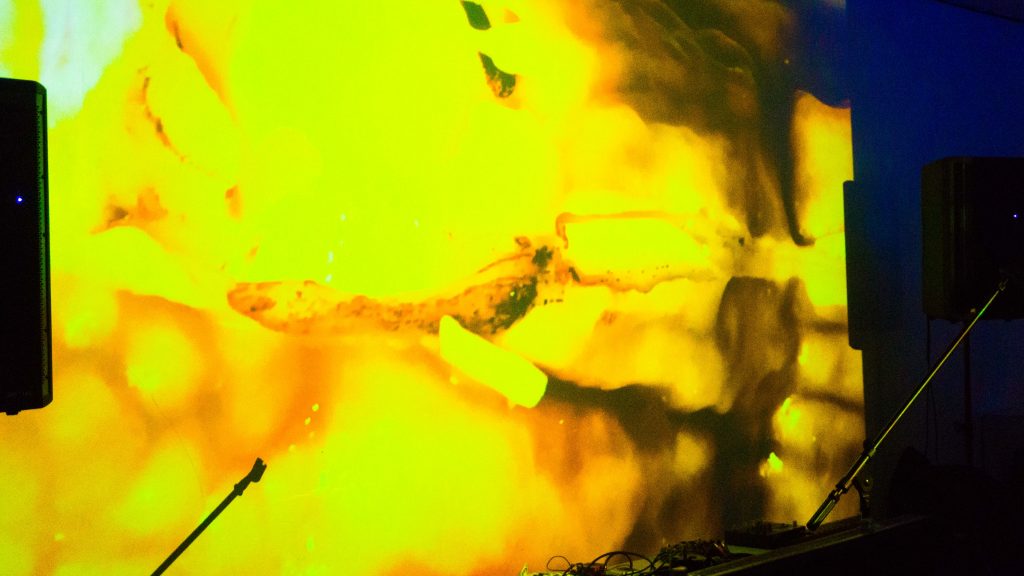 I was in a place I was not supposed to be.  It can always be intimidating walking into a small art gallery filled with people that know everyone there but you.  What was I doing there? Was this music meant for me to listen to? Yet I’ve said all that was needed to say just by showing up.

I’ve always had an understanding of Power Electronics and its problematic themes and abrasive methods of making music.  However, I thought it died in the 80s, finishing as quickly as it started, its statements trapped in a hyper-aggressive form of artistic expression.  Power Electronics feel so focused due to the general industrial-like conventions they use to make sound and its ways of making a statement through controversial lyrics and images.  To emulate key artists like Whitehouse or Ramleh would feel more carbon-copy than a gentle nod, and those inspired have taken on new forms in more general terms like “Harsh Noise.” Though what was displayed was more than stale performances that relied on gimmicks of over-confrontation.  It was a statement on the fluidity of the genre, showing that the freeing sentiments of a Power Electronics have stayed with us.

The performance started off with a debut of Spring Break, a solo artist based in Chicago.  He asked for a moment of silence and hats off as he opened with the national anthem, finishing his 10-minute set with an intense yelling match, shrouded with invasive effects.

Next was the duo, Mkot Pt, who gave arguably the most unsettling performance, as the shrills of a woman were lost in the unnerving buzzes that worked to silence her while glitchy visuals played behind them.  Towards the end of their set, the noises worked more to aid the more masculine figure as their deep voice was put through a contact mic lodged into their mouth, demanding your focus and resisting your attempts at escape.

Many of the other performances were set up in similar ways, but all felt very different and purposeful.  It’s events like these that remind us of how much we can push our comforts to the point where escape feels like no option.  We struggle to hear these screams and understand the words that any given performer is saying. Their anger and frustration are lost in the disposable walls of noise, meant for over-consumption.  This hyper-awareness fuels each performance and solidifies the ethos of the darkness of humanity without the use of the more problematic creations it’s responsible for. 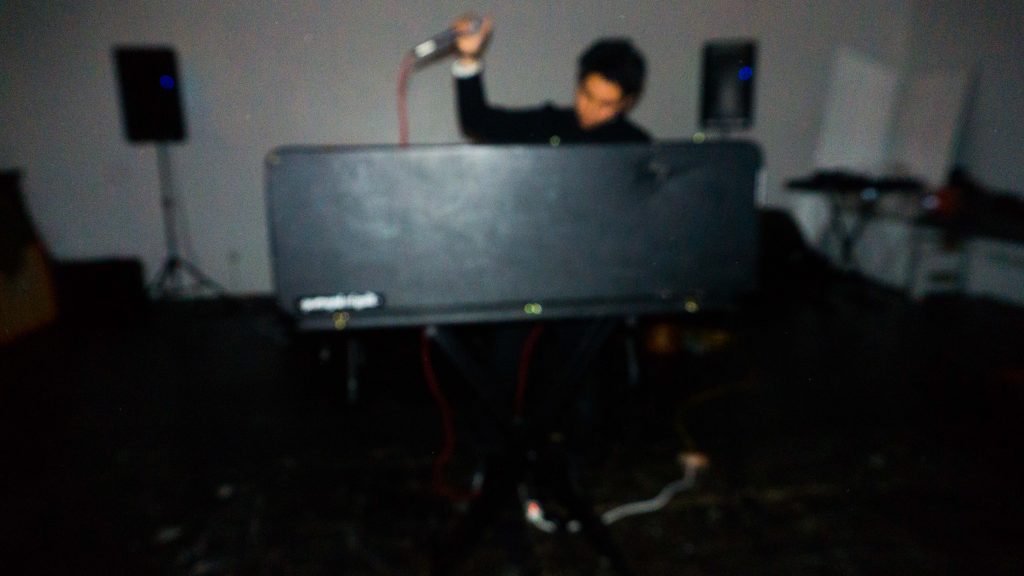 I talked with Spring Break after his set, and he surprisingly couldn’t have been any nicer and approachable.  We talked about the hat he had made that said, “Make Power Electronics Great Again,” with the hopes that Trump would see it one day and Google Power Electronics.  He and everyone else performing were making music for purposes like these; to be heard and express frustration in a way that commented on the isolation and the intensity of living in society.  These sentiments and ideas are not unique, but that’s the point. It’s as disposable as it is integral to the art. The place exists whether we are there or not; it’s only a matter of accepting it.