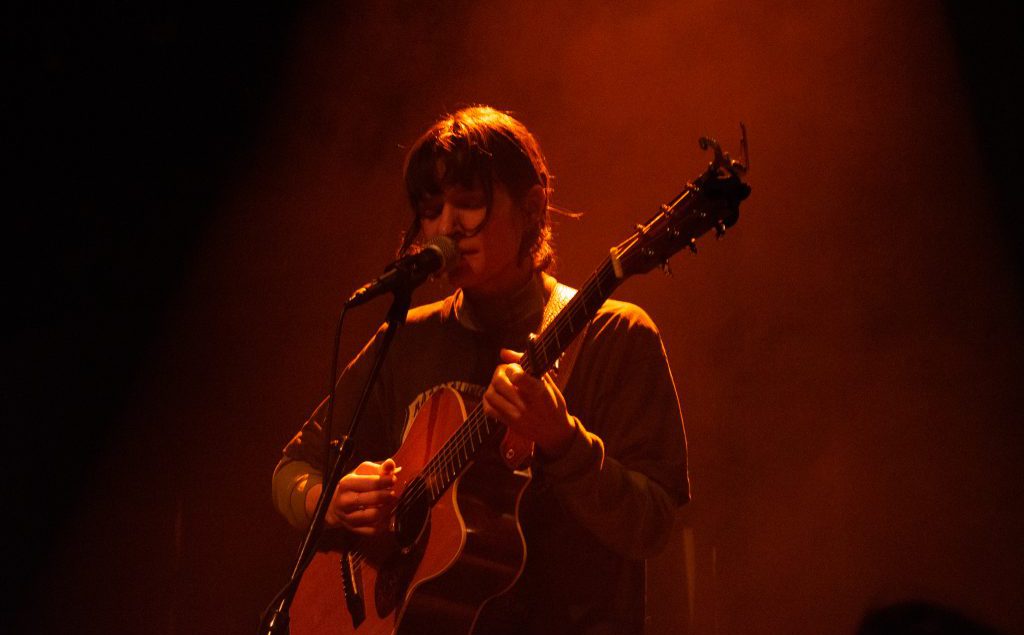 What do aliens, potatoes, and elbows all have in common? They’re all intertwined in Adrianne Lenker’s first song of her set Wednesday night at Lincoln Hall, “Spud Infinity” — a track not released on any album of hers.

Stepping through the doors of Lincoln Hall, I could read the aura of the room immediately. Everyone could have traded their Carhartt beanies and turtlenecks under their T-shirts and would have left with the exact same outfits. Opener Luke Temple reinforced this very vibe. Up on stage with only his guitar and his dad-hat, he jammed like a quasi-hipster dad might. In fact, I wouldn’t be surprised whether he was 25 or 55 years old. So Luke, if you’re reading this, would you be so kind as to DM me your age? 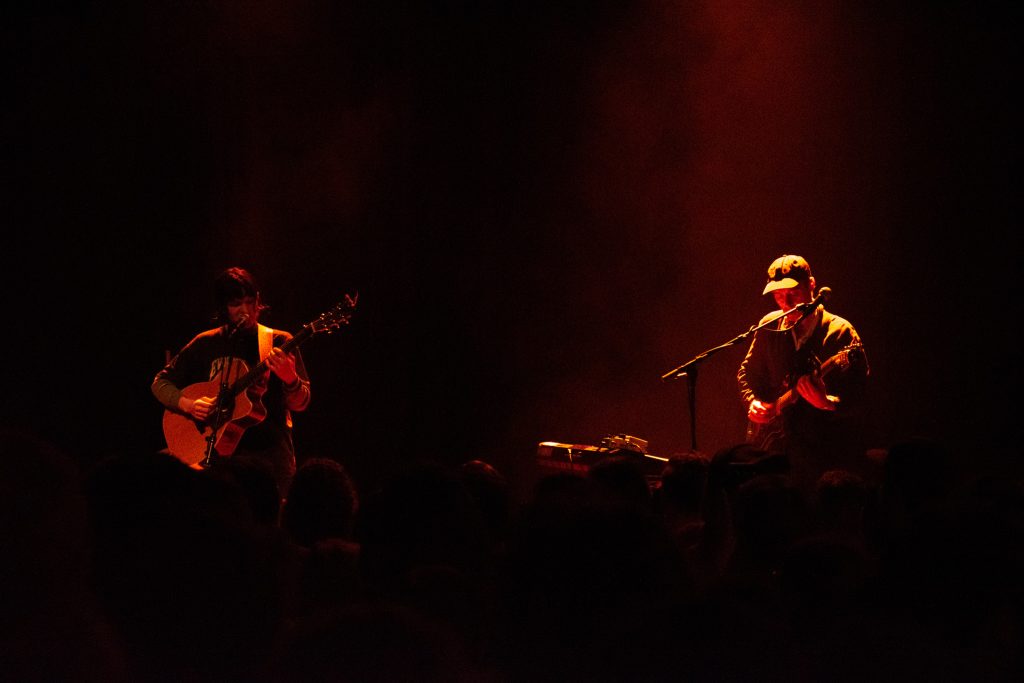 He played a few mellow lullaby songs that all managed to sound the same, with a few upbeat songs thrown into the mix. All in all, it was pretty low-energy, and the lack of movement from the crowd underlined just that.

Although Adrianne Lenker was also a solo performer with just her acoustic guitar and a ceramic mug, her performance was anything but boring — her engagement with the audience was personable and intimate in the most charming of ways.

At one point during “Spud Infinity,” a loose strand of hair swept over her mouth. She nonchalantly stopped, moved it away, giggled, and continued right where she left off. The beauty of her solo performance was her jurisdiction over what happened on that stage. 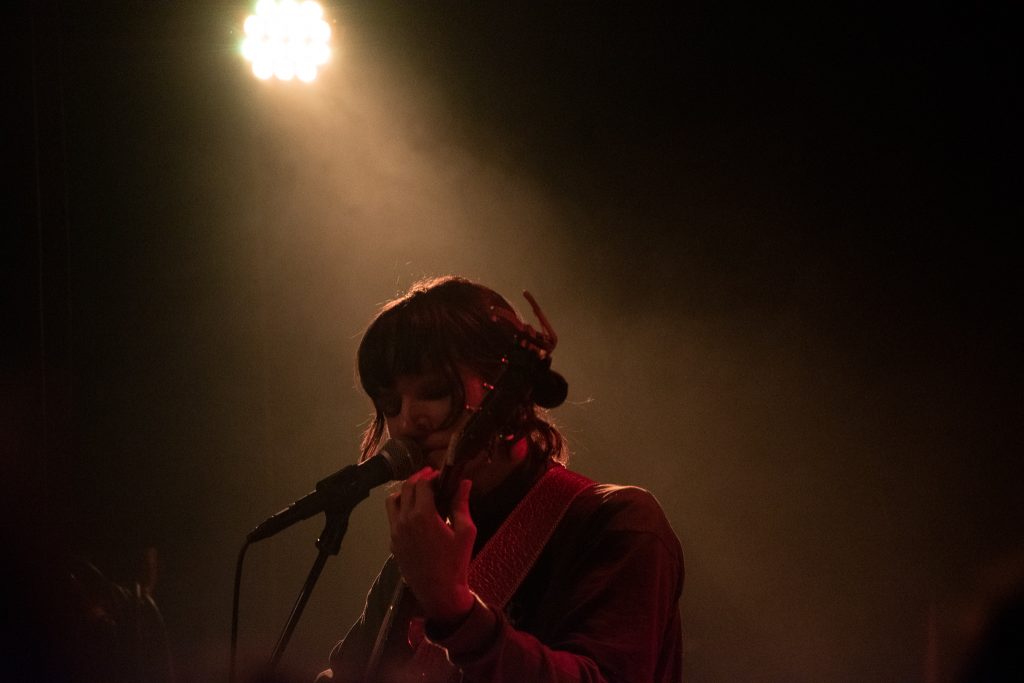 Between the songs “Hours Were the Birds” — a cheery tune from her first solo album back in 2014 interjected with playful zoom, zoom, zooms — and “Cut My Hair,” she shared a dream she had the other night starring a little girl with big scissors who chopped a good chunk of hair off of Adrianne’s head. Then she went on a little tangent about how you really can’t rush the hair growing process. The way she simply shared this monologue was obviously her thinking and connecting thoughts out loud and into a microphone, speaking slowly and a bit stuttery. It was so pure and childish in the sweetest sense.

I was scared to cough, it was so quiet and peaceful, with only her fragile voice and her fingers picking on the guitar. In fact, I don’t think she strummed a single chord until the very last song of the night.

She then invited Luke Temple back on stage and they performed the majority of their collaborative Abyss Kiss.

Her acoustic guitar and his rounded electric guitar filled the hall with warmth as the crowd reflected the duo’s own bobbing heads and swaying bodies.

I’d say a good third of the concert was just them re-tuning their guitars before every new song, but honestly, that sounded like a lovely little tune in and of itself.

After their final song together, Womb, Luke left the stage and Adrianne continued. There was a collective sigh of relief from the audience as she began to pluck the melody of her next tune mixed with her gentle humming.

She announced she had one song left, but after a suggestion for her to play Kerina from someone in the crowd, she added that to her setlist to finish the night. Again, another illustration of her interaction with us, bringing a collaborative energy to the room.

With her missing tooth gaping as she spoke of all of us together “on this speck of dust, feeling and wheeling and dealing,” Adrianne made the hall feel like a living room filled with friends sharing stories and following the whims of conversation.

With a twirl into the back curtain, she left me feeling warm and lighthearted as I exited Lincoln Hall that night.