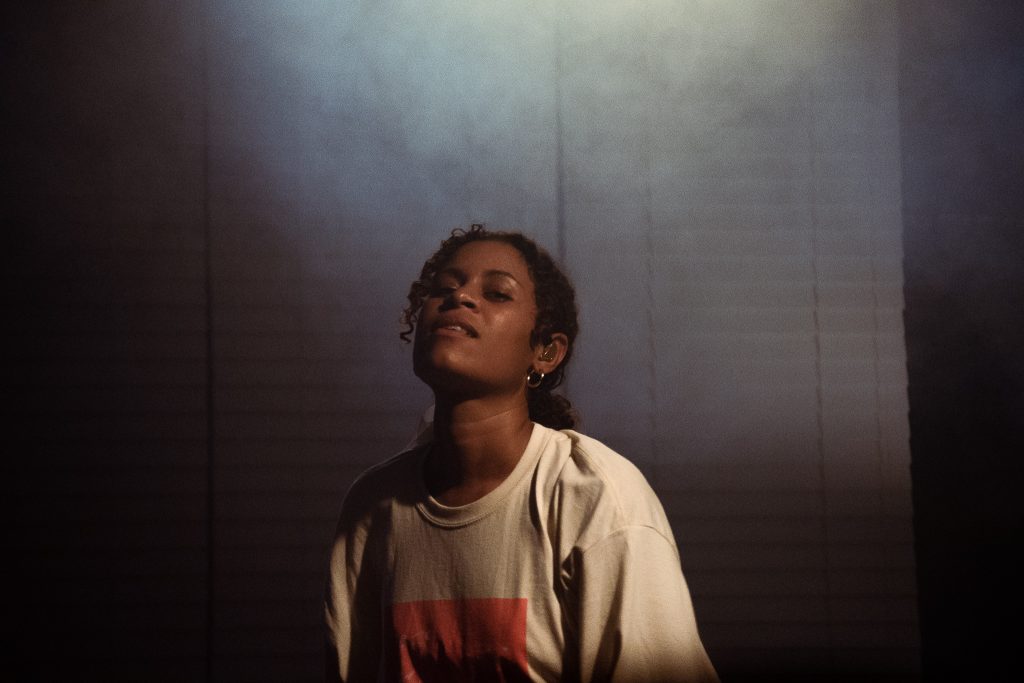 Akenya, a Chicago native, took the stage to the shouts of her friends. “Jack, is that you? I love you girl!” she screamed, her excitement apparent. Akenya’s easygoing attitude translated into her performance as she effortlessly shifted from lighthearted, bubbly runs to fast-paced rap. Her voice was gritty at one moment, and airy the next, holding onto whistling notes that seemed impossibly high pitched. 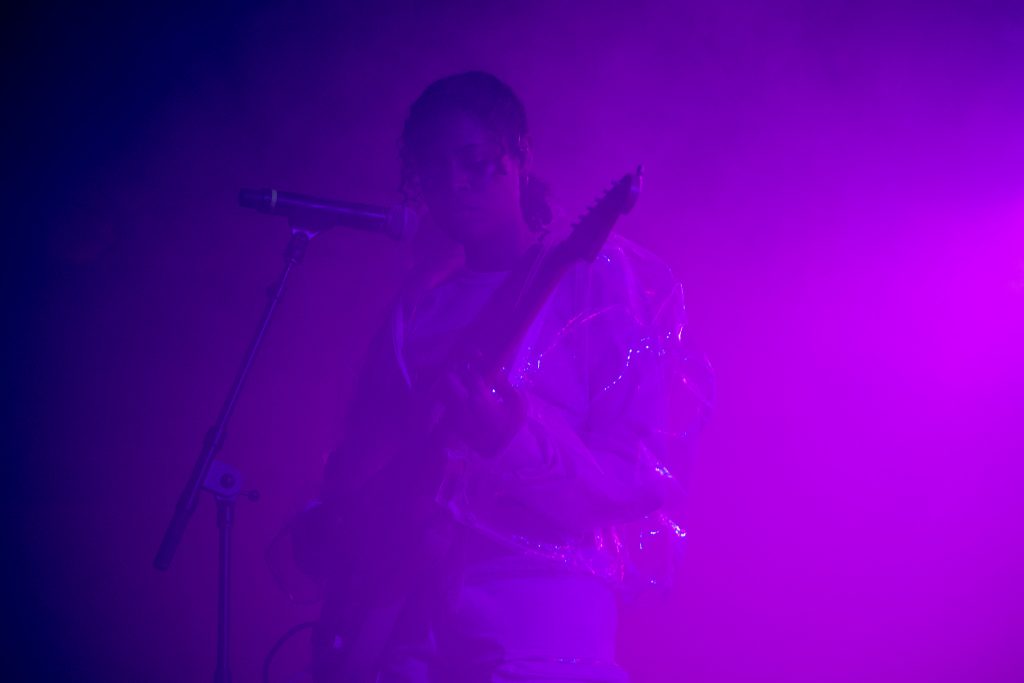 “Decay,” a song about Akenya’s personal battle with Lyme disease, was definitely a highlight of the set. Her voice felt raw and rich, and the strength in each and every word was apparent. Her delicate musical runs and impressive vocal range were on full display. In addition, she donates all proceeds from the song to children suffering from Lyme disease. Another highlight was her song about unrequited love, a soulful ballad where she not only sang but also played the keyboard. Although most of the audience was unfamiliar with Akenya at first, she had the entire crowd rapt with attention as her set closed. 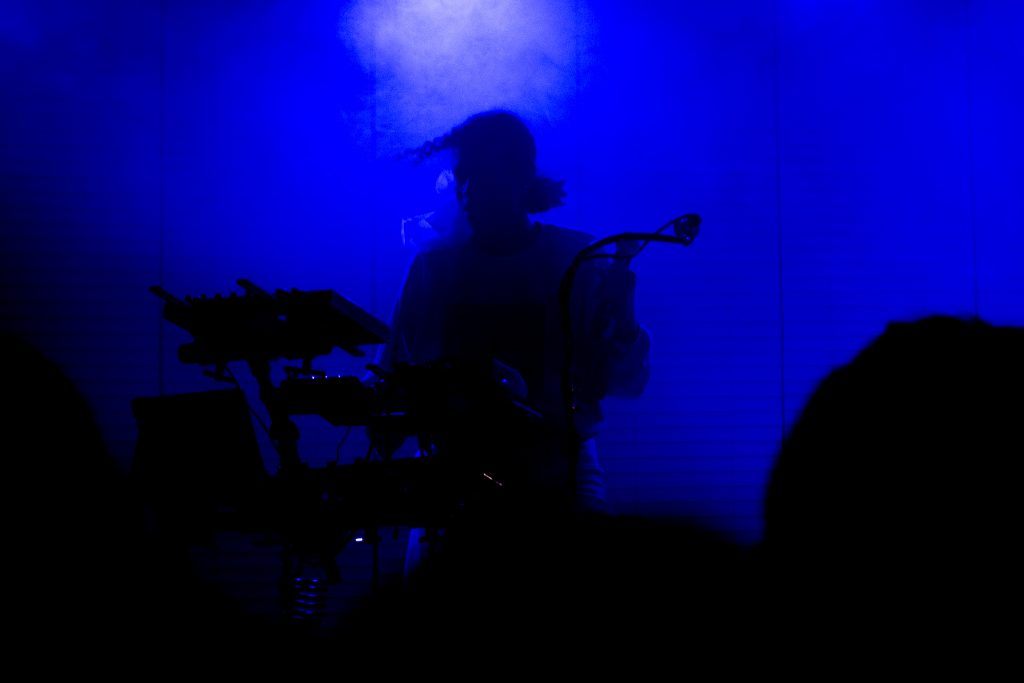 After Akenya’s set, a rather eclectic crowd soon filled Bottom Lounge. A teenage boy wearing a ripped black shirt, eyeliner, and a tattoo choker seemed equally excited as the middle-aged man with a spiky blue mohawk and glittery eyeshadow. As AlunaGeorge took the stage, I was entranced. In an all-white outfit, complete with a chiffon train flowing from her hair and a clear jacket, Aluna Francis looked ethereal. 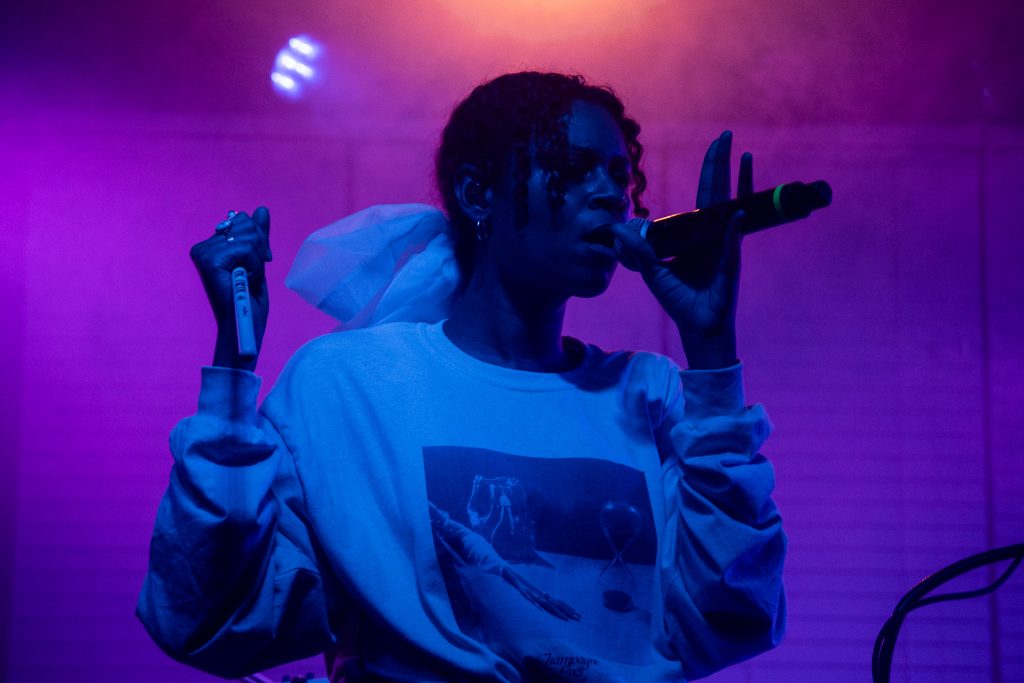 She opened her set with “Champagne Eyes,” the title song of her latest EP, and immediately the crowd began screaming the lyrics and moving to the beat of her electric guitar. What struck me most was that Aluna almost did not seem present; it was rare to see her not dancing, and when she was singing her eyes were often closed. She was completely in her own world, yet at the same time was working the crowd. When Aluna took one of her copious dance breaks, the crowd did the same; it was easy to get lost in her music. 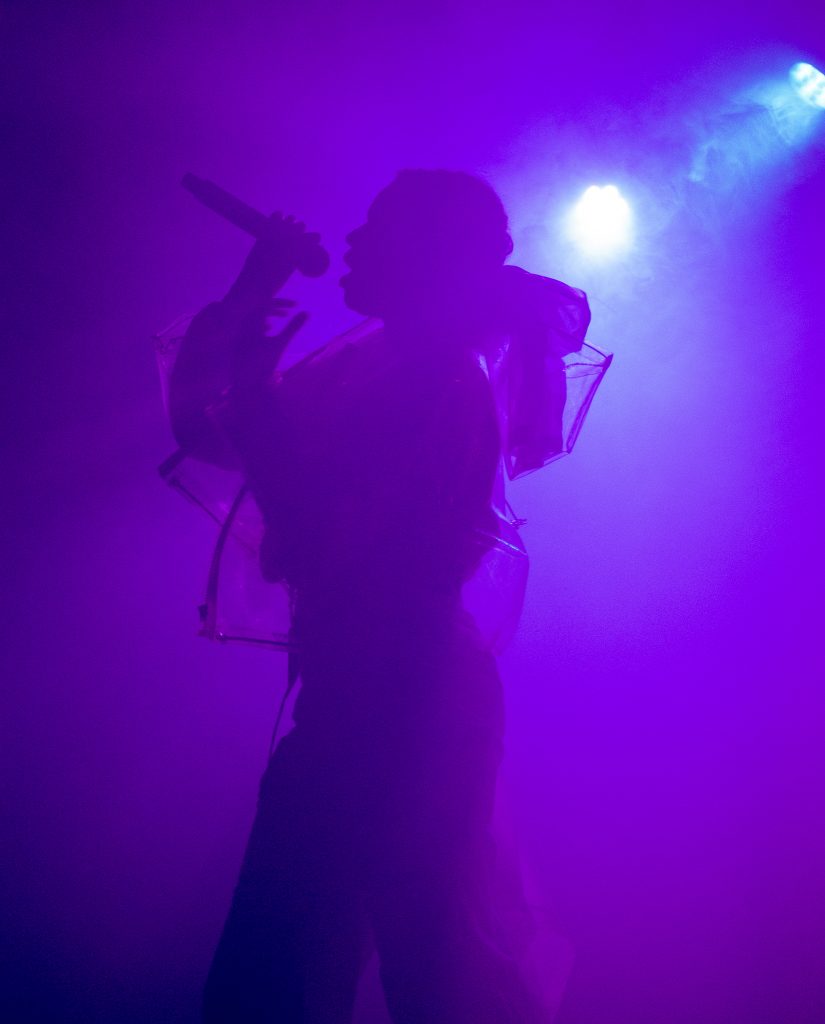 The variety in her setlist was surprising. She played songs from 2013, 2016, and 2018, yet the crowd knew all of it. She wasn’t afraid to play lesser-known songs and often took breaks to explain their personal significance to her. Crowd favorites included “Body Music,” “Your Drums, Your Love,” and “Kaleidoscope Love,” all released in 2013. When she sang “Outlines,” I felt like I was in a dream. The hazy pink and blue lights combined with the bedroom set behind her, which included a fluffy white teddy bear, created a surreal feeling. Aluna closed the night with “Hurting,” a collaboration with SG Lewis, and “You Know I Like It,” a collaboration with DJ Snake. The energy in the room was palpable, and it was difficult to find a person not dancing. I doubt anyone in the audience will be forgetting this performance anytime soon.