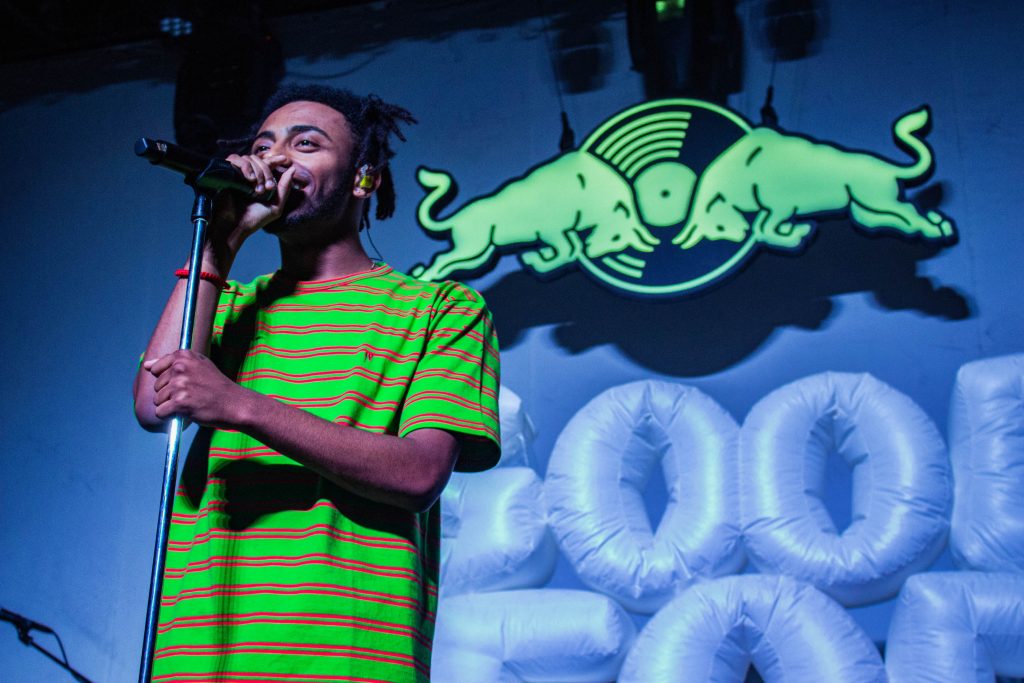 For many, when the name Amine comes up, the first thing that comes to mind is his famed song, “Caroline” at least that was all I had known about him until just a couple of days before the concert in which I took the time to listen to all his music. Red Bull Sound Select brought Amine to Chicago as part of their large 30 Days in Chicago event. Amine isn’t the only big name being brought to town however, with artists like Daniel Caesar, Migos, and 6lack also making appearances on their respective days. By the end of the night though, I was baffled not only by Amine’s striking stage presence and command of the crowd, but also by just how well Red Bull had put together the concert. 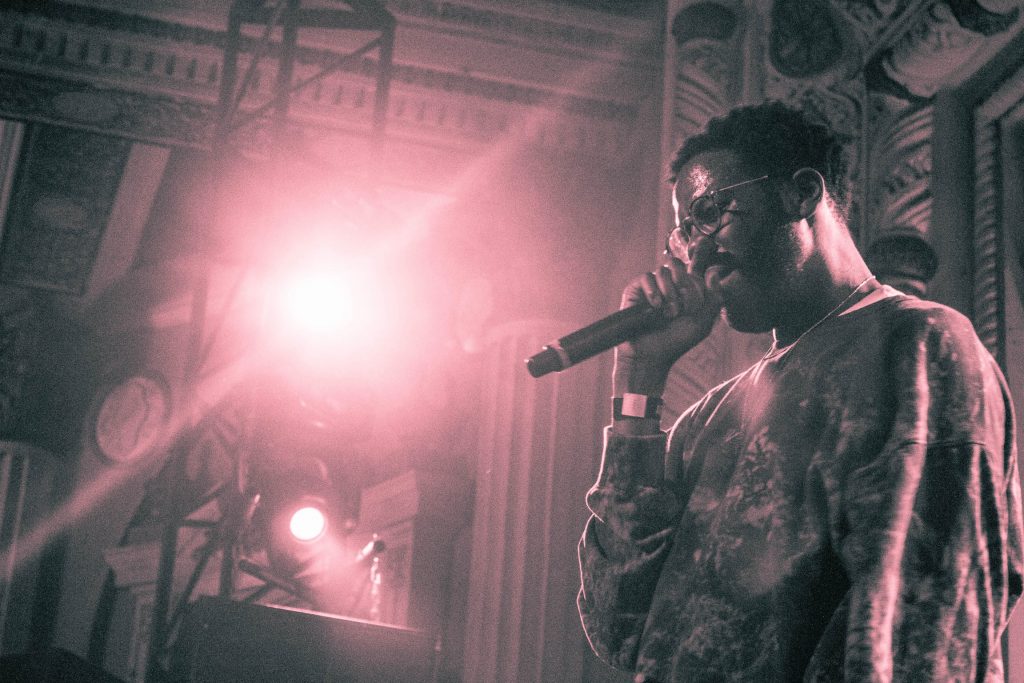 The first of two opening acts was A2, a rapper whom I quickly realized came from Britain, not only based on his accent but also regarding how excited he was to be performing in Chicago for the very first time. While one might think that this newness of Chicago and the audience itself would warrant nervousness and even hesitance, A2 seemed to vibe with the energy right off the bat, constantly praising the audience’s energy. The crowd truly was energetic, with some even singing along as A2 performed songs like X2 (Dble) and Holograms. Even those who didn’t quite recognize his music found it easily to jump and cheer along, simply excited by the artist’s sheer energy. By the time A2 had wrapped up and gotten offstage, the crowd was well on it’s way to peak excitement. 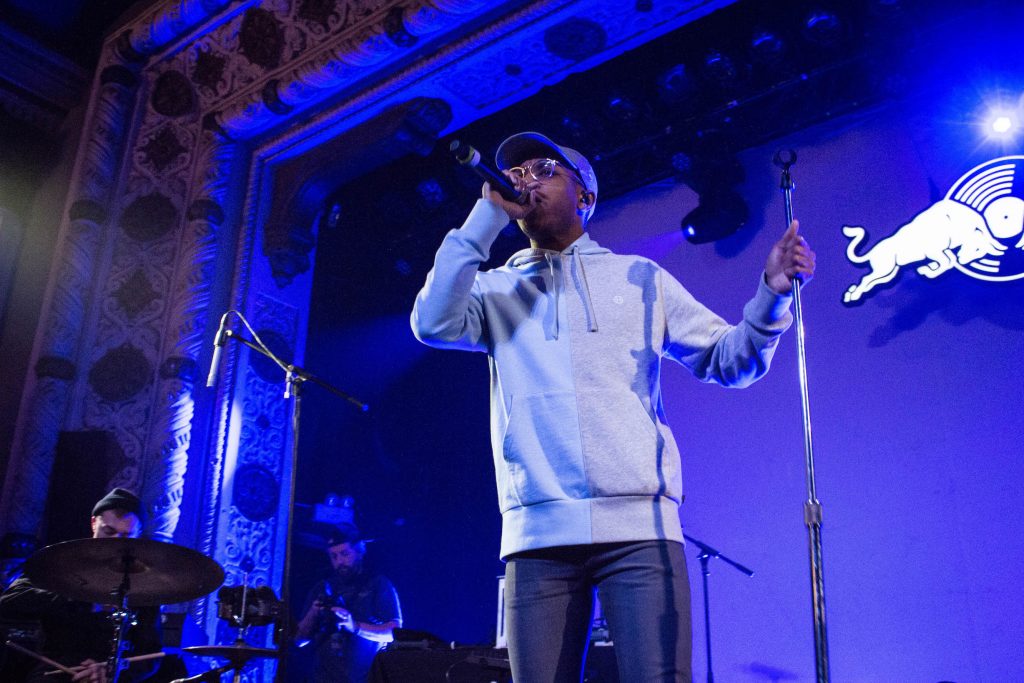 The second and last opening act was Pell who instantly had the youthful crowd jumping around with their hands in the air. His entire aura simply screamed bold as he came out on stage wildly from the get go. Opting to give Obama a shout out, he called out the past president’s name quite a few times into the mic whilst the crowd either called out alongside him or simply was laughing at all that seemed to be taking place. It was nearly impossible to keep up with both him and the crowd as he bounced around on stage, performing hits like Chirpin’ that amplified the crowd’s excitement. However, nothing quite sent the crowd into a frenzy like the sudden, surprising appearance of Saba on stage as he and Pell performed a new song that has yet to drop. As the two performed together onstage, there was a moment of intensity in which the venue seemed to shake with excitement. In just that moment, if someone had told me that this was the peak moment of the show, I probably would have believed them as Saba’s sudden appearance and Pell’s performance definitely left the crowd cheering and dying for more.

The DJ was notably good at keeping the crowd’s energy up, playing hits like This Is How We Do It, Low, and Wild Thoughts. There was barely a lull between the opening acts and the hour or so before Amine’s performance, something of which had been a concern of mine when I saw the three-hour gap between the doors opening at 8pm and Amine’s expected performance at 11:20pm on the schedule. However, the concert flowed rather smoothly, and it wasn’t long until the DJ was hyping the crowd up with questions like, “Are you ready for Amine to come out?” and the moment his band stepped onto stage just before the performance, the crowd went wild. 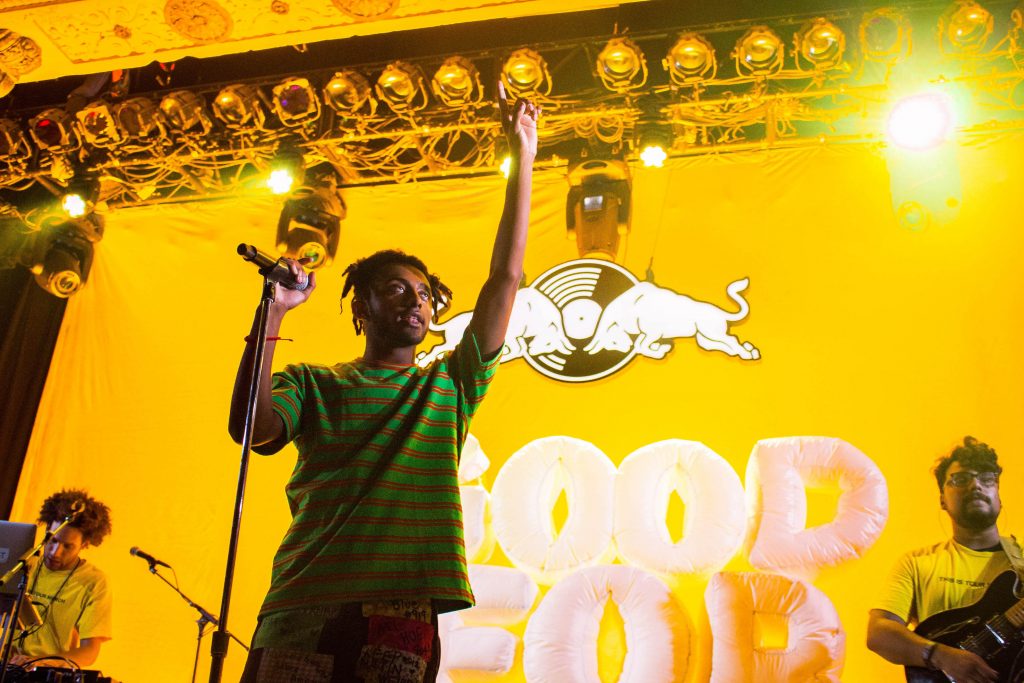 By the time Amine came out, any thoughts of the night having hit the peak before then immediately flew out of my mind. He didn’t hesitate to take control of the stage space and the crowd, not only performing his own hit songs like Spice Girl, Hero, and eventually Caroline (which he did an amazing remix of, one that I definitely favored over the original as it highlighted his talent) but he also did his own covers of iconic songs like Scrub, Gold Digger, and Wannabe. He was very communicative with the audience, mentioning that he liked to boost the confidence of his crowds and starting a chant in which he would say, “You’re beautiful!” and the crowd would reply, “I know!”. 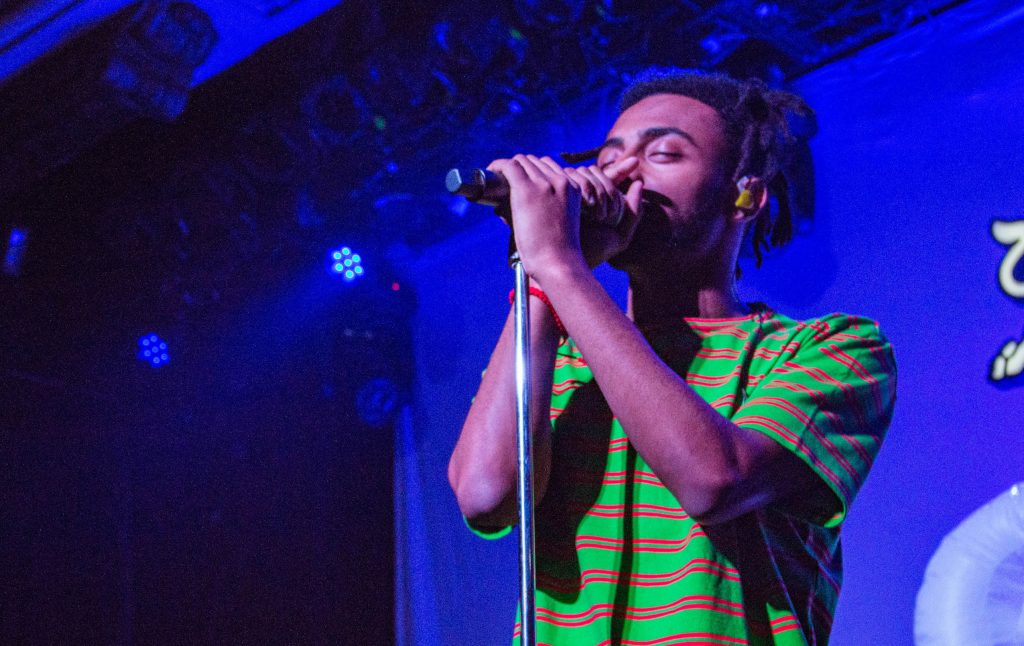 There were even plenty of times in which the stage coordinator would dim the lights too low for too long and Amine would demand that the lights come back on, as if not wanting to be disconnected from the crowd for even a moment. Towards the end of the performance, Amine pulled a man on stage to sign his famed pants to represent Chicago as the last act of his US tour, in which the man and the crowd went back and forth on what to sign, but eventually settled with “Obama 4 Ever” to represent the city. 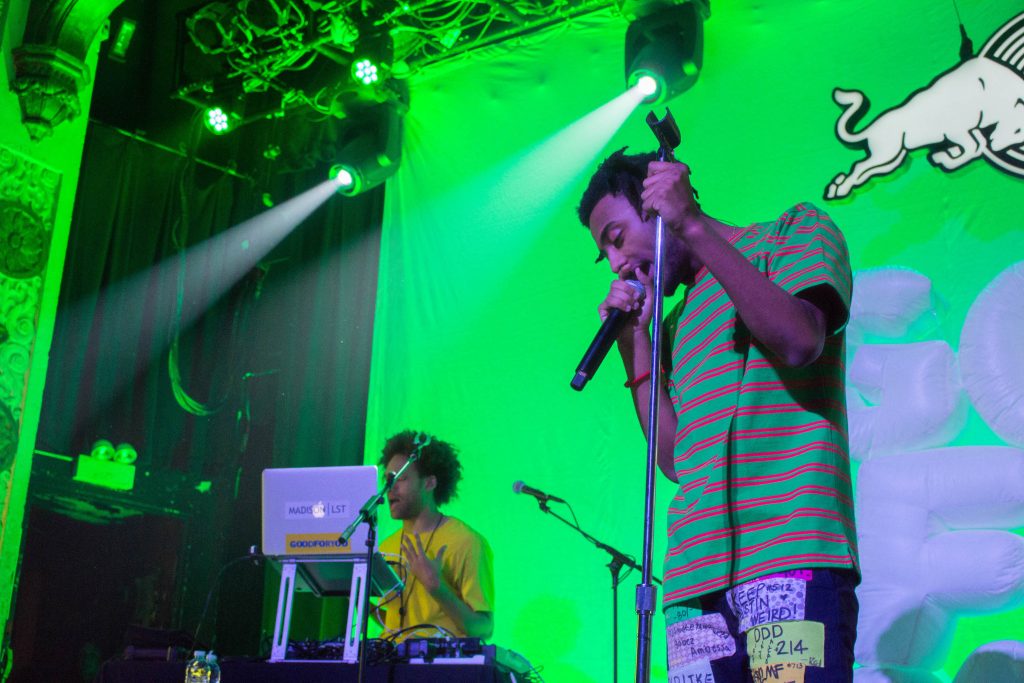 It wasn’t long before the performance wrapped up, and Amine called it a night, only to come out suddenly once again for an encore, performing his hit song Caroline. By the end of the night, as Amine truly finished up onstage and bid the audience goodbye, the crowd was still buzzing for more, and seemed to be truly satisfied with the events of the night. As people shuffled out of the venue, there seemed to be a smile painted on the faces of everyone. The concert was a positive experience, from the extreme excitement of the crowd (that was probably the most hyped group of people I’d ever been around at a concert) and the talent of opening acts A2 and Pell, and the main act, Aminé.