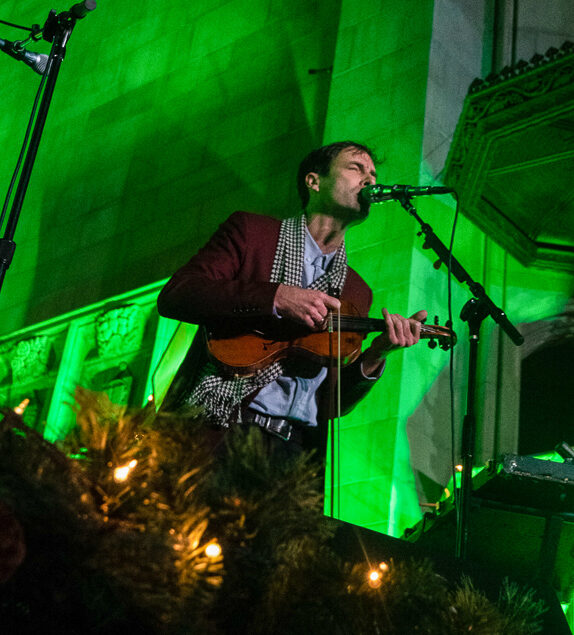 Andrew Bird, a Grammy Award nominee for 2020, transcended all expectations at his concert at Chicago’s Fourth Presbyterian Church on December 9th. Along with Madison Cunningham, a folk/pop songwriter from California, Bird used his voice and violin to create a sound that was almost supernatural.

Throughout the concert, Bird talked about multiple things, including the fact that he grew up in Lake Bluff, a place he said was magical, where you could disappear and barely see any houses. When talking about his new song, Bird made the whole audience laugh when he said “I was gonna write about alcoholism and family dysfunction, but no one wants to hear that.”

What was most impressive to me was how well Bird could whistle into the microphone. He could switch seamlessly from singing to playing the violin to whistling, and he could do it all on pitch. Cunningham and Bird sounded amazing together, and the guitar and violin were beautifully complementary.

At the end of the concert, Bird and Cunningham received a well-deserved standing ovation, and it is clear why Bird has received a Grammy nomination.