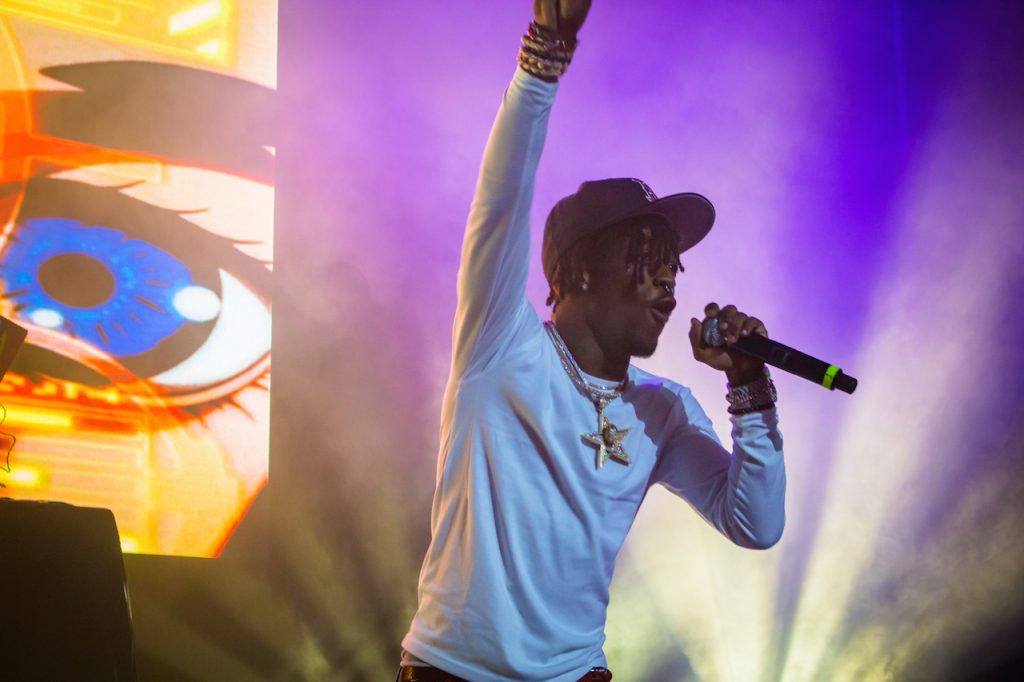 A&O Blowout on Friday was everything it promised to be. The night began with MØ, whose upbeat performance came complete with flashing blue and purple lights and accompanying DJs. The Danish singer-songwriter started on the stage, but soon continued her performance into the crowd and alongside the balcony. She began with popular hits “Coldwater” – a song recorded with Justin Bieber and Major Lazer – and “Don’t Leave” – a collaboration with British music duo Snakehips. The crowd stayed vibrant the whole time, screaming out lyrics along with MØ while she bounced around the stage. Her songs “Nights with You” and “Drum” also had her signature electronic sound and didn’t disappoint either.

After MØ thanked the crowd, there was a stretch of an hour or so where the air buzzed in anticipation of Lil Uzi Vert (also known as “Lil Uzi”), a Philadelphia rapper whose extensive discography has no shortage of catchy and well-known songs. Some students wondered if he’d exclusively perform songs from “Luv is Rage 2,” Lil Uzi’s latest album, or an array of both old and new songs from other albums and mixtapes.

After over an hour of waiting, Lil Uzi took the stage with full energy, performing his old and new songs for an awaiting crowd. The screen behind him changed from a cartoon image of him, to a dancing skeleton, to his name written in a lightning bolt-like font. Mosh pits and dance circles formed in the pit, the room breaking out into full party mode. G Herbo, a Chicago rapper, also joined the headliner and performed a few songs.

With his iconic shoulder roll, Lil Uzi danced around the same with even more energy than MØ, starting on stage, moving towards the balcony, and even getting into the pit for a second. Before anyone could process it amid the star hits being performed, the rapper had made his way to the center of balcony facing the stage. Many thought he was poised to jump, but instead he made a request to the crowd below him: who knew all of the words to “XO TOUR Llif3,” one of the biggest singles from his latest album? Those in the pit quickly broke out into mayhem pointing at friends or themselves, eager to get Lil Uzi’s attention. Eventually, he dropped the microphone down and Chris Starr, a sophomore, rapped the song along with the music and the entire crowd.

To wrap it all up, confetti and balloons fell from the ceiling, signifying the end of A&O’s 2017 Blowout. It ended as yet another Northwestern night to remember.