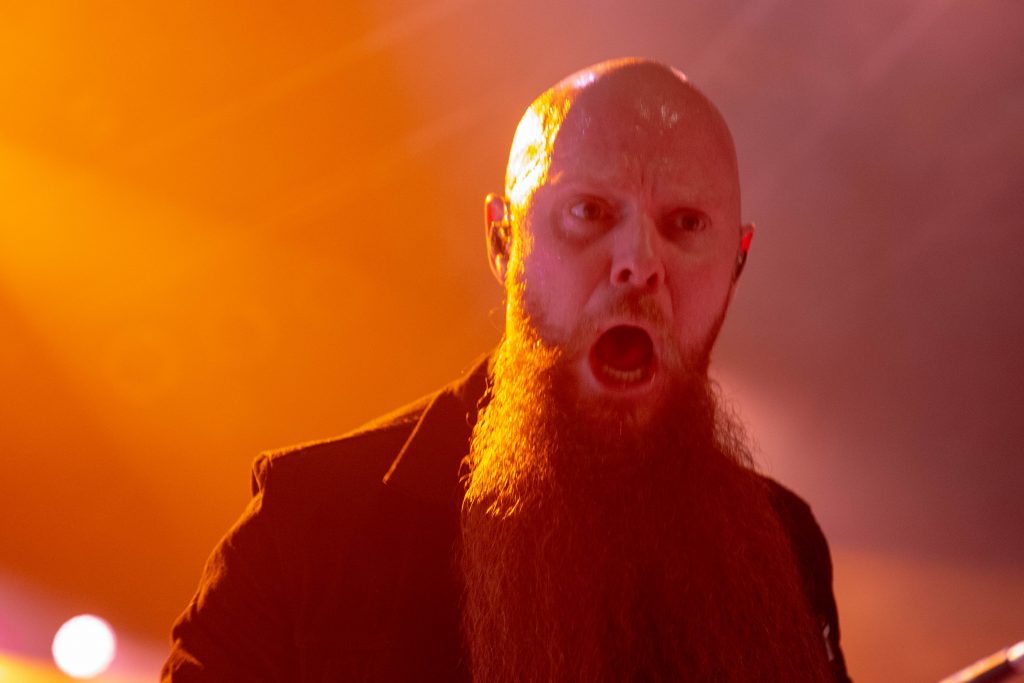 Jason Voorhees crosses the stage, guitar in hand, as he is followed by Jigsaw, little Georgie, and eventually Freddy Krueger.  It’s a head-banging horror show, and the fourth time that I’ve seen “Ice Nine Kills.” For those who don’t know, the name of this costumed, metalcore band is a reference to a deadly substance in Kurt Vonnegut’s novel Cat’s Cradle. Nearly all of the band’s songs are inspired by literature or film, and even though they were only the second opener, Ice Nine Kills easily performed above all three other bands including the headliner, Atreyu. 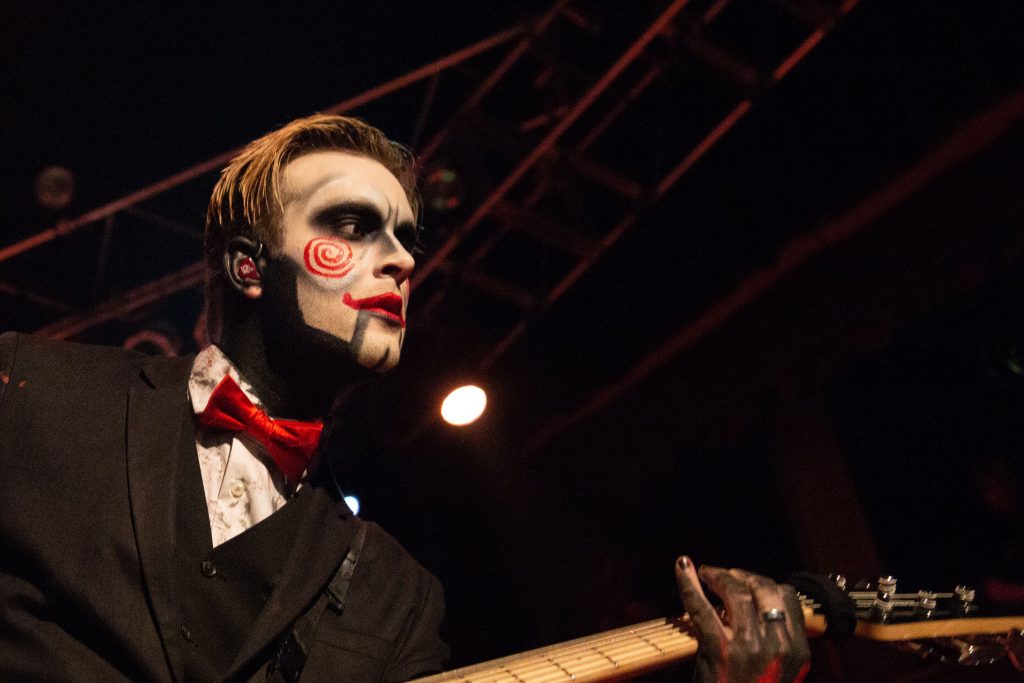 Sleep Signals, a lesser known, run of the mill metal band from Minnesota, opened the show with a few, generic riffs. Even though the songs ran together, the new comers certainly gave it their best. Lead singer Kyle Hanson’s clean vocals definitely had potential, but innovation from the rest of the band was lacking and fairly unimpressive. But that’s nothing unusual for the first opener at a concert, and despite this, Chicago’s House of Blues was already packed to capacity. 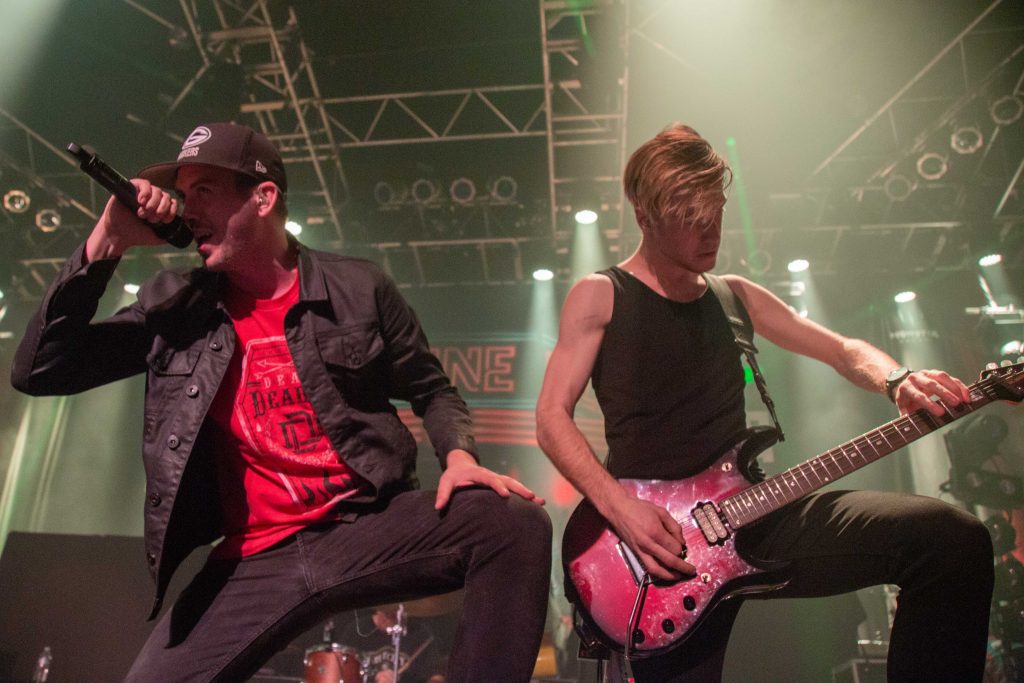 Just before Ice Nine Kills walked on stage in their Halloween get-up, the house was as packed as it was going to be all night. Sweating metalheads crowded the venue wall to wall with barely an inch to breathe, and even the walkways between the pit and the bars were inaccessible from the sheer density of people. As the intro to their first song, “The American Nightmare,” faded out, and lead singer Spencer Charnas released a manic howl into the microphone, the wooden floors shook with the earthquake of energy that was the audience. Throughout the set, crowd surfers continuously flew across a swarm of fans as the crowd became a living organism of moshing, sweat, and beer.

While the band played more songs than I would prefer from their newest album, The Silver Scream, they still returned to their older, heavier work. When the impressively fast-paced yet brutal breakdown of one of their most popular songs, “Communion of the Cursed,” blasted from the speakers, Charnas jumped into the crowd to stand on top of their outstretched hands in an acrobatic feat that I had witnessed many times at their other shows. This might have been the fourth time I had seen Ice Nine Kills, but it was just as incredible and impressive as the first. 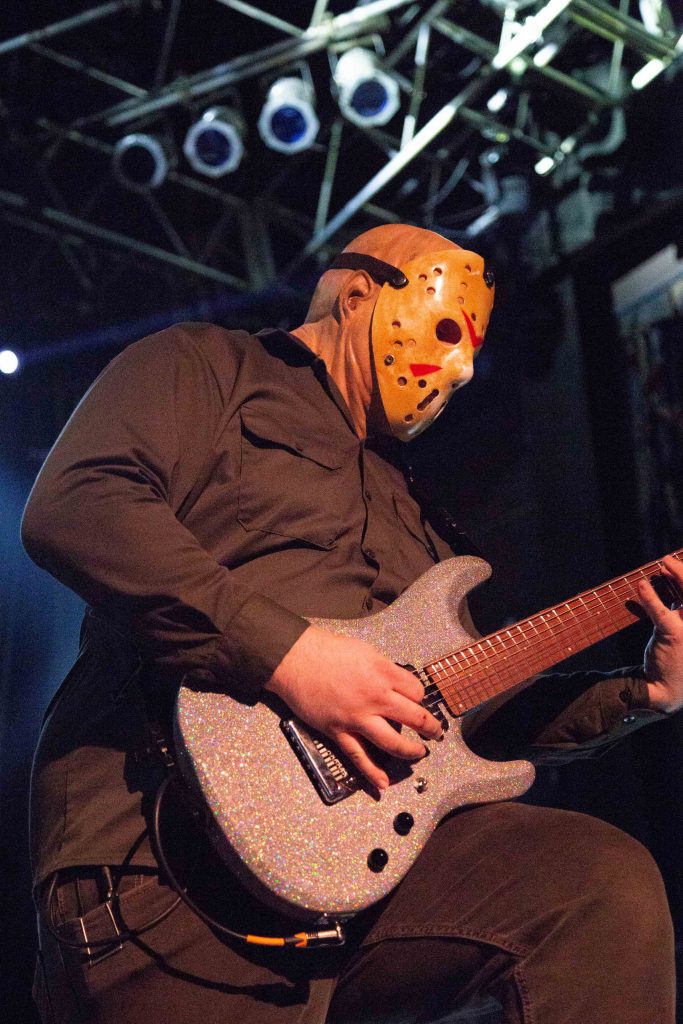 Once Ice Nine left the stage, so did much of the crowd, and I was thankful for a little more breathing room within the suffocating pit. However, Memphis May Fire, the third opener and another “core of the genre” metal band, proved to be a disappointing follow up. The band’s campy and uninspired choruses and four chord structure felt like pop music disguised as heavy metal, and I felt myself and much of the crowd grow bored as the set dragged on. The mosh pit was virtually nonexistent, (a rarity at a metal show), and the audience stood relatively still as the scrawny lead singer hollered clichés from the safety of the stage. Even when they played their most popular song, “The Sinner,” as their closer, only a handful of devil horns shot into the air. 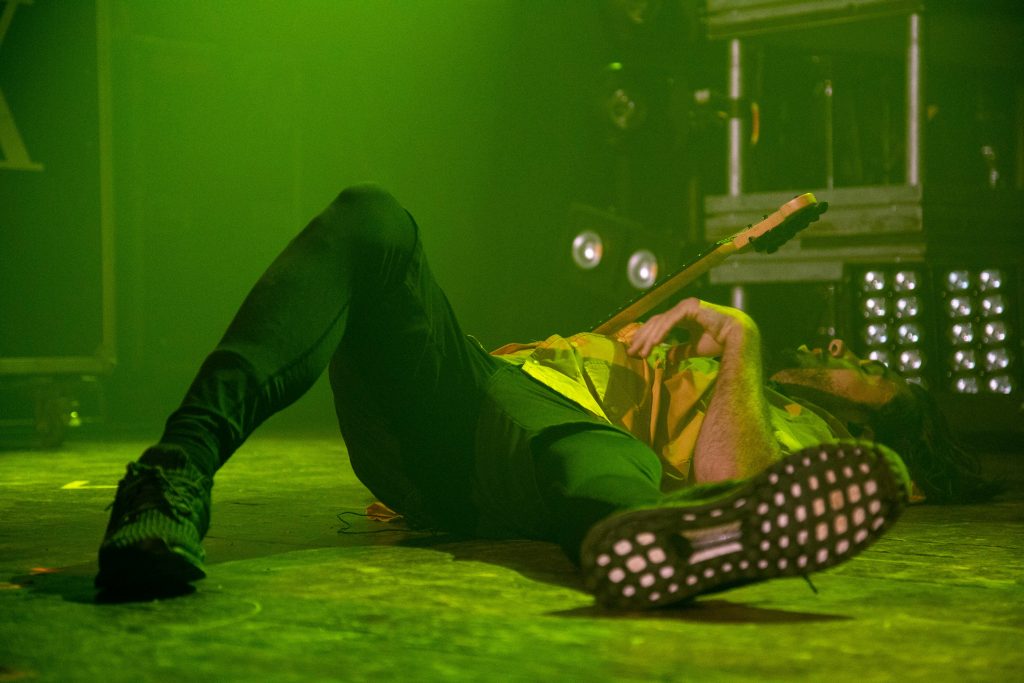 An older and very drunk woman turned to me halfway through the set as she slurred her words, “Atreyu is better. I promise Atreyu is better!” She didn’t have much persuading to do, as Memphis May Fire was definitely the weakest link of the night.

Finally, the floor to ceiling drapery of Atreyu’s skull symbol appeared on stage, and stacks of stage lights flashed blue as the five-piece band made their entrance. As one of the most well-known names in metal, I had high hopes for the more established group: I was sorely disappointed. While certainly not as lackluster as Memphis May Fire, Atreyu’s sound and performance fell short of expectation. 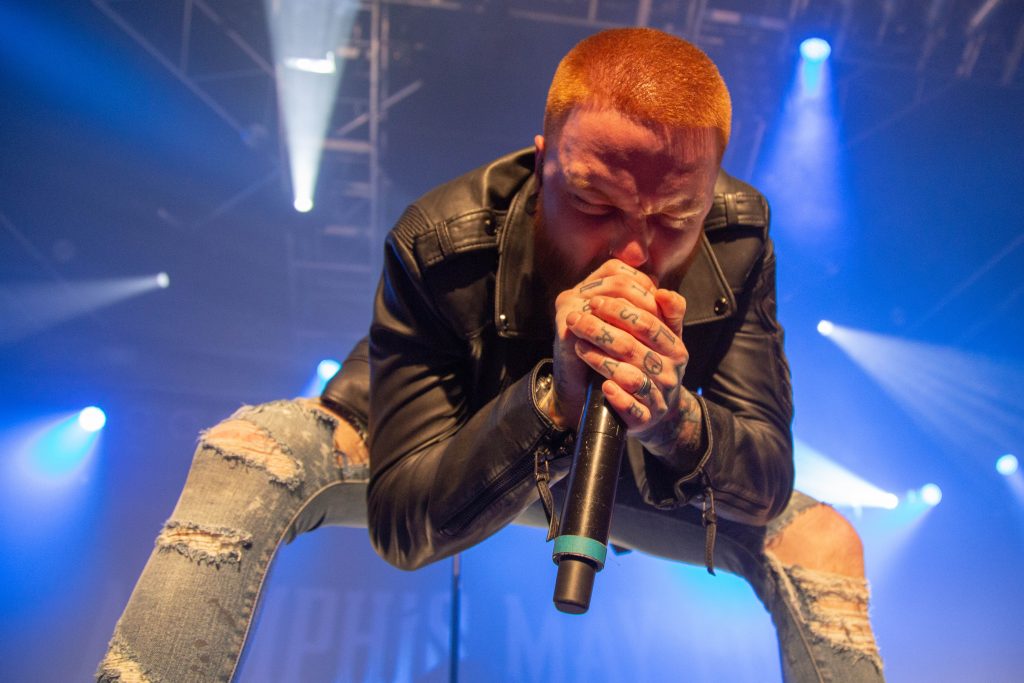 At this point in the show, a noticeable amount of fans had left the venue, and those that had stayed were so visibly unimpressed that I actually felt bad for the band.  Rather than sticking to their older, metal sound, Atreyu had all but gone pop punk. Their first song, “In Our Wake,” set the tone for most of the set. It’s upbeat, poppy chorus and complete lack of guitar work was indistinguishable from most of Blink-182’s songs. Not that Blink-182 is a bad band, but Atreyu was simply a very confused and poor version of them. 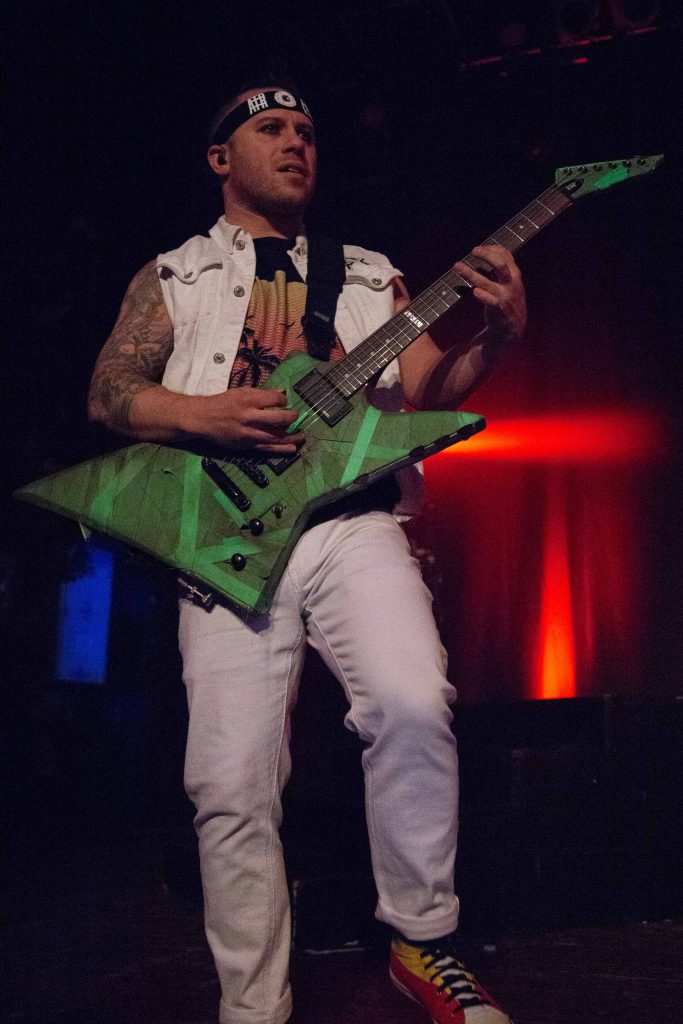 Atreyu had a classic case of regression, or “old people trying too hard to act young.” Vocalist Alex Varkatzas hopped around stage with out of style frosted hair and a flimsy silver tie. 36-year-old guitarist Dan Jacobs sported emo-style eyeliner and a black Mohawk. But even though their appearance was youthful, their energy was still lacking. Plenty of older bands successfully manage to appeal to both younger and older crowds, but Atreyu is unfortunately not one of them.