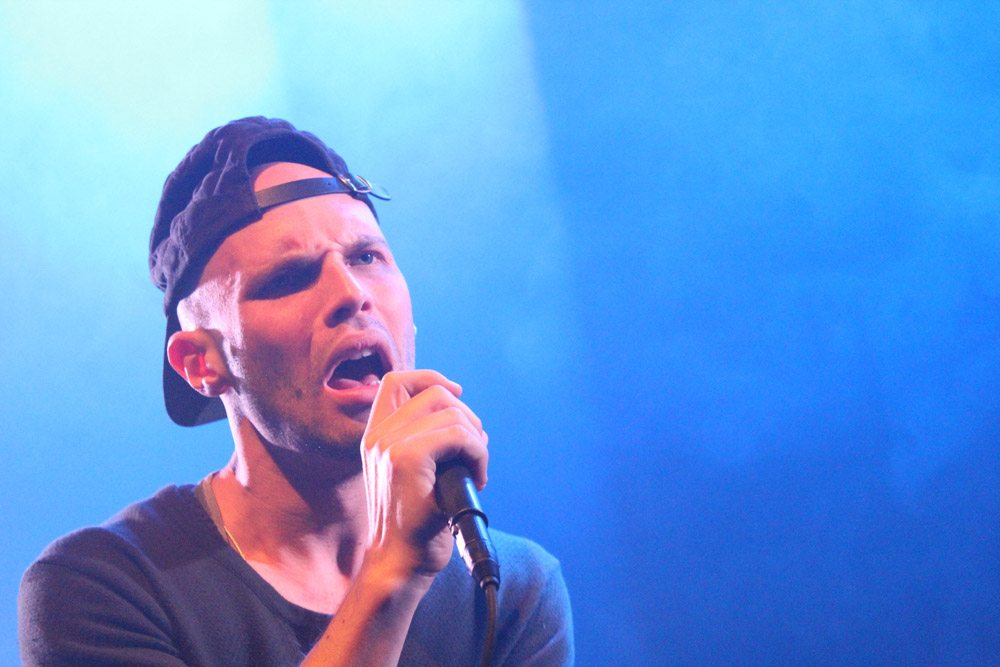 [su_quote]”I took one Snapchat video of Ashin singing in the crowd to post to my story, but realized after the fact that my mic wasn’t on so you couldn’t even hear the sound. I took that as a sign that it was silly to try to capture that moment in the first place.” — Taryn Nobil[/su_quote]

The English translation of Autre Ne Veut—the stage name of Brooklyn based singer-songwriter Arthur Ashin—manifested in the emotional gravity of Ashin’s every word when he performed with his band at Lincoln Hall on Oct. 18. In the midst of their tour supporting Autre Ne Veut’s transcendent third album, Age of Transparency, Ashin and co. put on a memorable show for a crowd of mesmerized Chicagoans. 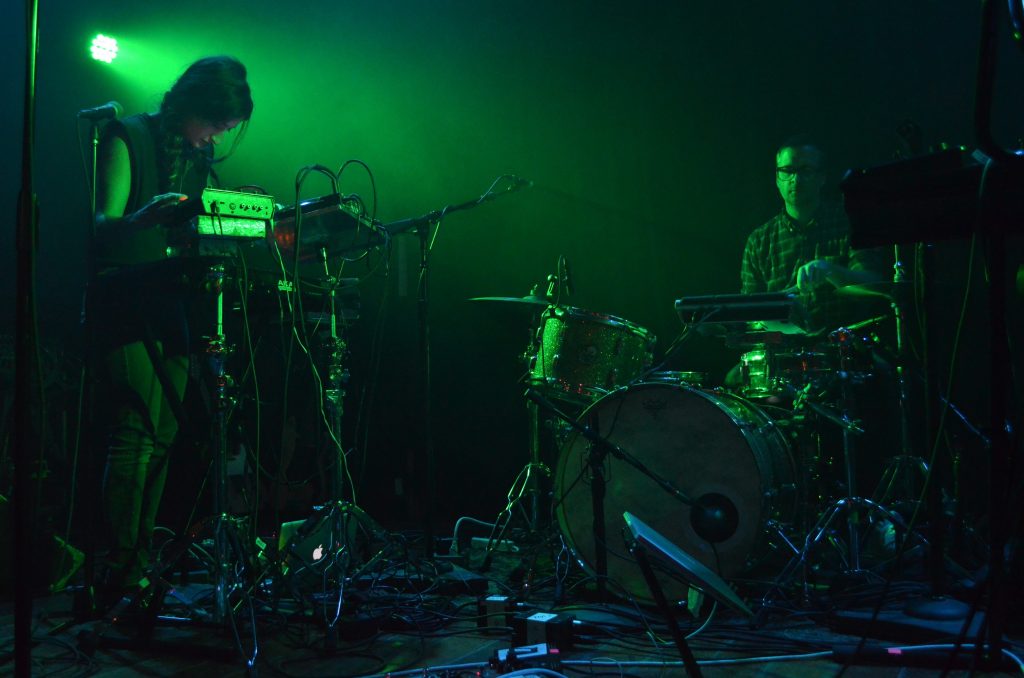 Experimental duo Mazed kicked off the night, but it wasn’t until they returned to stage later with Autre Ne Veut that the audience was made aware of the fact that they were also in Ashin’s band. It was a treat to see the members of Mazed transform from the haunting noises of their opening set to the equally impressive jazz drums and vocal harmonies of Age of Transparency alongside Ashin. 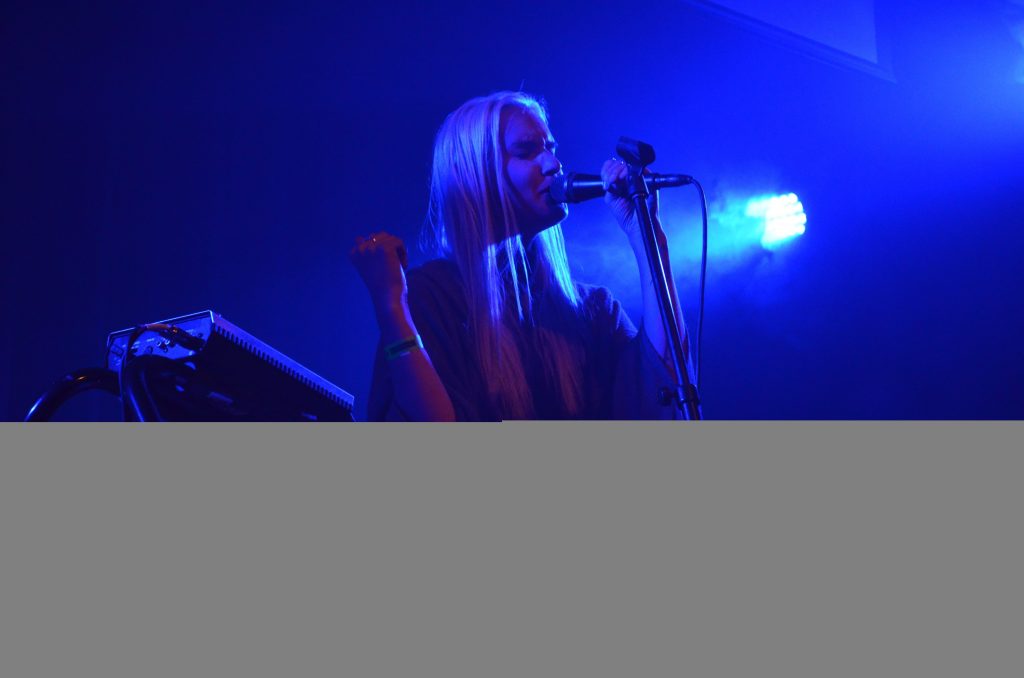 After Mazed, a more sonically polished duo—appropriately name GEMS—played a few songs off their debut EP as well as their new album, Kill the One You Love. GEMS’s theatrical set provided a smooth transition from the weirder sounds of Mazed to the sometimes-jarring-sometimes-irresistibly-catchy pop of Autre Ne Veut.

Autre Ne Veut took the stage to roaring applause. Ashin hadn’t played here, he noted, since a Pitchfork Music Festival Aftershow in 2013. That was the year that Autre Ne Veut’s breakout album, Anxiety, propelled Ashin’s name into blogosphere fame. According to Ashin, Anxiety was the first album in a trilogy, with Age of Transparency acting as part two. The relationship between the albums is expressed in their cover art: Anxiety’s two pairs of gloved hands holding a rectangular wooden frame and Age of Transparency’s two pairs of bare hands holding a clear rectangle. While Anxiety explored social anxiety and fear of death, Age of Transparency probes those anxieties with the magnifying glass of technology. The album conveys Ashin’s internal struggle to maintain his hold on human connection in the age of disillusioned surveillance and social media. That’s what the electronic blips interrupting Ashin’s call for his “baby” in Age of Transparency’s leading track, “On and On (Reprise),” seem to represent when juxtaposed with the same first word on “Play by Play,” Anxiety’s leading track, where Ashin reaches for the high note for his “baby” and hits it flawlessly. The lead-in on Age of Transparency doesn’t sound as pretty, but that’s the way it is in a world where everyone’s always plugged in.

Although Ashin intentionally places jarring, unexpected sounds throughout his latest album to make a point, his performance was consistently transcendent—without interruption. Maybe it was the inherent depth of human connection demanded by a live setting, or maybe it was the range of emotions conveyed through Ashin’s powerful voice—it was probably both. He wouldn’t even let the mic stand get in his way; he moved it off to the side of the stage the moment he stepped out, and it stayed there for the duration of the show so it couldn’t prevent him from writhing around and stumbling to the ground in emotional bursts. Not even the elevation of the stage could get in the way of Ashin’s efforts to connect with the crowd. Toward the end of the show, he walked right off the stage and parted the sea of concert-goers so he could sing at the far back end of the room before returning to the stage.

The set started with the one-two punch of new songs “Cold Winds” and “Panic Room,” followed by a mix of other tracks off Age of Transparency and fan favorites from Anxiety. Age of Transparency’s “World War Pt. 2” came during the first part of the set with a stutter of an anti-chorus that sounded like a confession you can’t release because of some electronic fence blocking your brain (“I-I-I-I-I-I-I-I…”). It was an interesting choice to place “World War Pt. 2” a few songs before Anxiety’s “World War,” which came during the second half of the set as the band wound down into slower, more intimate territory. “World War” was an opportunity for Ashin to reflect on his own, with nothing but his keyboard and his voice, striving to reignite the passion he felt he lost for whoever is implicated in “I want no other”—a relationship that modern interferences and technology threatened to ruin.

Passion reigned victorious during the final song, which is also the final song on Age of Transparency: “Get Out.” It was a joyous finale that resolved an internal conflict with a seemingly obvious realization: “When the light shines out and you don’t know why, you really need people to tell you what it’s about.” When you’re constantly plugged in, though, it’s easy to forget that you’re missing out on real interpersonal connection. And then, when the power strip is suddenly yanked out, you might realize how lonely being constantly “connected” has really made you. No Wi-Fi, media network or program with a power button can replicate the comfort of human interaction. As the audience and band clapped in unison to the second half of the song, I found myself tearing up and unable to wipe the smile off my face.

Upon the audience’s insistence, Ashin and his band reemerged for one more song, “Play by Play.” He continued his quest for genuine connection by bringing a few audience members on stage to sing and dance along, including me and my fellow photographer Lauren. I’m a terrible singer and dancer, and I usually get embarrassed in front of crowds, but he reached out to bring me up to the stage in such an act of pure passion for, well, humanity that I couldn’t refuse. I’m not sure whether he chose me to come up because I was standing right in front of him or because he caught me crying during “Get Out,” but I’m glad he did. Making a fool of myself onstage next to him and Lauren was a moment I’ll never forget.

Whether it was out of respect for the content of the songs or because of the completely enrapturing performance, there was a remarkably small number of phone sightings throughout the show. I forced myself to put away my camera after the first few songs even though it was just to take photos for this review, and I didn’t take any pictures on my phone like I usually do at other concerts. I took one Snapchat video of Ashin singing in the crowd to post to my story, but realized after the fact that my mic wasn’t on so you couldn’t even hear the sound. I took that as a sign that it was silly to try to capture that moment in the first place; why worry about filming it when it was happening right before my very eyes? It’s true that refraining from the use of technology actually makes you remember a concert better—it’s easier to remember the details when you can associate them with what you were feeling at the time, not the device that was blocking your view. I remembered more details of this show than any show where I felt compelled to commemorate the moment on my phone.

It was a triumphant reminder that despite the façade of connection posed by technology, a profound level of human connection can be maintained even in 2015 if we just put away our devices and engage in the present.