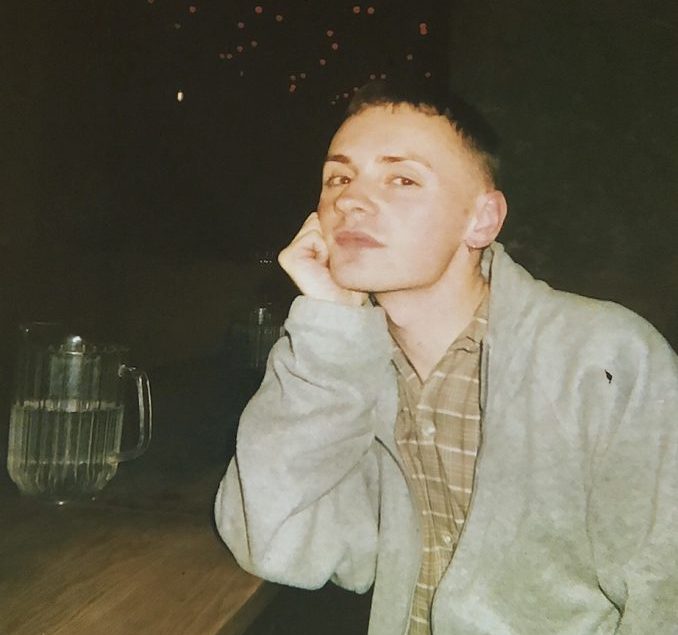 London’s own Jacob Allen on making music under alias Puma Blue, touring the world, and being categorized as bedroom pop

I first heard Puma Blue’s music in March of 2018. “(She’s) Just A Phase” showed up on my Spotify Discover Weekly, and I was immediately drawn to its understated complexity. It felt like drowning in the most peaceful way, and so I submerged myself in the rest of his discography.

Puma Blue is 24-year-old multi-instrumentalist Jacob Allen, who began his music career recording songs in his bedroom in South London. After the SoundCloud success of his first EP Swum Baby in 2017, Allen embarked on a year-long tour of Europe, Asia, and the United States. His second project, Blood Loss, came out in November to critical acclaim, adding further depth to his indie-jazz fusion sound.

Nearly a year after I was introduced to his music, Puma Blue performed in Chicago for the first time (read the review of that show here). I was awestruck by his set. Hearing the songs that had become some of my favorites played by a full band in an intimate setting was magical. To my advantage, it just so happened that Puma Blue had a show in London while I was there over spring break, so I got to see him live twice in two weeks.

Seeing Allen perform on his home turf was undoubtedly special, particularly because of the circumstances. The show was at Hoxton Square Bar and Kitchen, as part of BBC Radio 1 DJ Annie Mac’s annual concert series, and it was Allen’s first show in London since October. I was fortunate enough to talk with Allen briefly after the show, even though he had just returned from America three days previously and was justifiably exhausted. Despite this, he could not have been sweeter or more accommodating, giving me his full attention amongst the slew of people waiting to congratulate him on an amazing performance.

However, Allen was initially unsure of how the night would go.

“I was expecting this show to be really bad, honestly,” Allen said. “I thought this gig was going to be kind of corporate, with lots of radio people, but it was really special. I felt like a lot of people here were very attentive.”

They were. During Allen’s more emotional tracks, the crowd was absolutely silent, trying to take in every word. Allen’s lilting voice has been met with frequent comparisons to Jeff Buckley, but he finds most of his inspiration from jazz and R&B – an influence that came into play when he moved to London to study at the Brit School.

“I grew up around a lot of rock fans, and I love rock music with a passion, but the kind of stuff they were listening to I had no desire to be a part of,” Allen said. “So coming to London and living there full time, I was finally around other people whose main passion was jazz, soul, hip-hop and R&B. That was the first time when I was able to express that side of myself without feeling embarrassed.”

Allen got his start on SoundCloud when he was 16, but didn’t realized he could make music a career until his track “Only Trying 2 Tell U” began to garner attention on the platform.

“It suddenly felt like I could do this properly instead of in my bedroom forever,” Allen said. “But, I was fully prepared to just do the bedroom artist thing. I was really enjoying being a musician and thought it would be a side job.”

Because he started out recording in his bedroom, Allen quickly acquired the “bedroom pop” label, but doesn’t consider himself a part of the newly popular genre.

“I think it’s cool that [bedroom pop] artists have found a mainstream audience, but just because something is made in a lo-fi setting doesn’t mean it shouldn’t reach this massive array of people,” Allen said. “I don’t like that it’s trendy. I’ve always thought the coolest stuff is different or original, so any idea of being thrown into a category I don’t like very much.”

If anything, Allen has proven himself to be original – and strikingly so. There will always be comparisons to be made, but after getting to know the man behind the moniker, I’m convinced that Puma Blue is truly one of a kind.