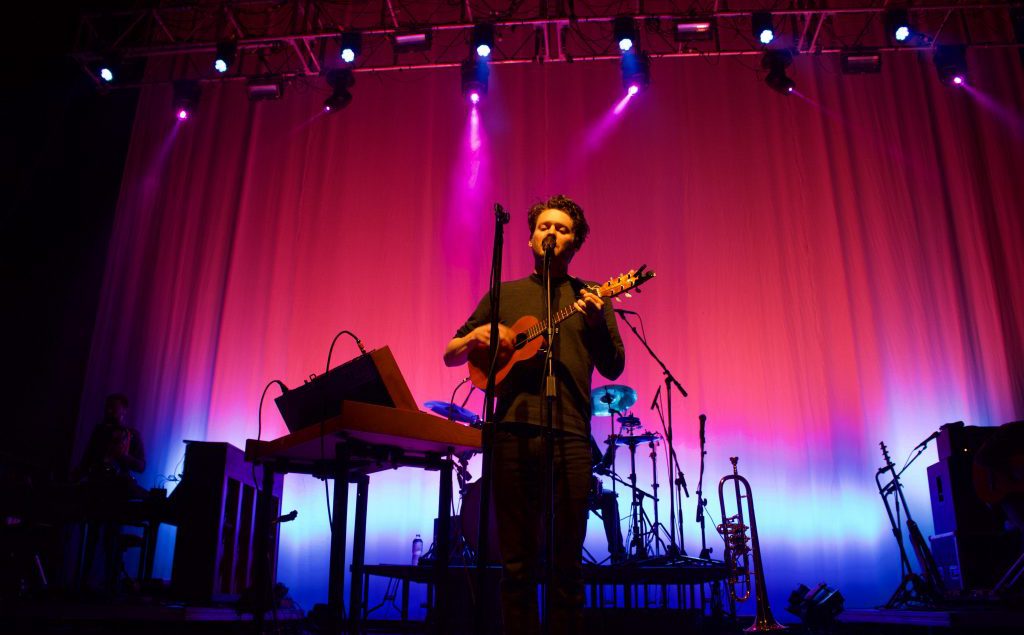 As an audience member of live concerts, I am especially particular when it comes to performativity. The concerts I most enjoy are those in which the artists appear well-practiced, yet comfortable enough on stage to have fun and allow their confidence to show throughout their set.

Beirut met all the marks last Friday at the Riv. Besides being incredibly well adept at their individual instruments, the members all seemed nonchalant and unhurried, qualities that I value greatly when reviewing concerts. I also came to realize that while Beirut uses a variety of effects/midi beats in their music, nothing was pre recorded or programmed, everything was played 100% live. This was tasked mainly to frontman Zach Cordon (who manned not only trumpet, ukulele, and vocals, but also an almost organ-like keyboard and synth board), with assistance from Aaron Arntz on electric keyboard and a classic upright piano. Cordon and Arntz were accompanied by the full band: Nick Petree on drums, Paul Collins on bass, Kyle Resnick on trumpet and harmony, and Ben Lanz on trombone and harmony. It’s no surprise that Beirut is so proficient on stage, they have been performing live as a group for over a decade, since their first show in New York in 2006. 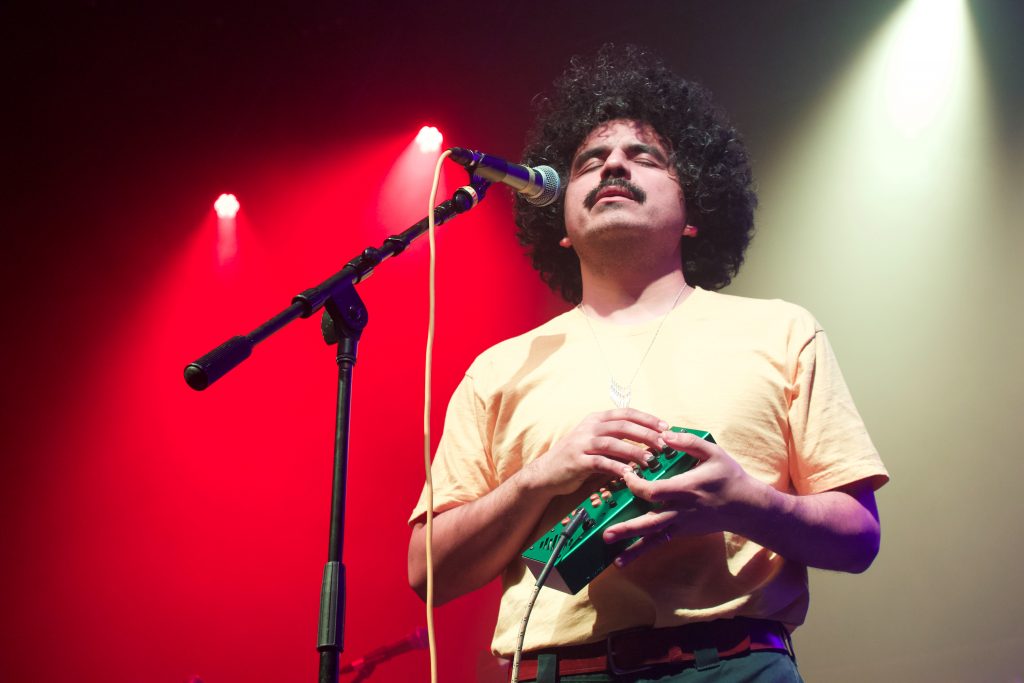 Miami born Helado Negro opened the show with tracks from their soon to be released album (drop date is March 8th if I remember correctly). Their simple bedroom pop sound wasn’t really my thing, but they’re worth a listen – I would recommend their 2017 NPR Tiny Desk concert, in which frontman Robert Lange is joined by saxophone, synth/keys, drums, and bass. 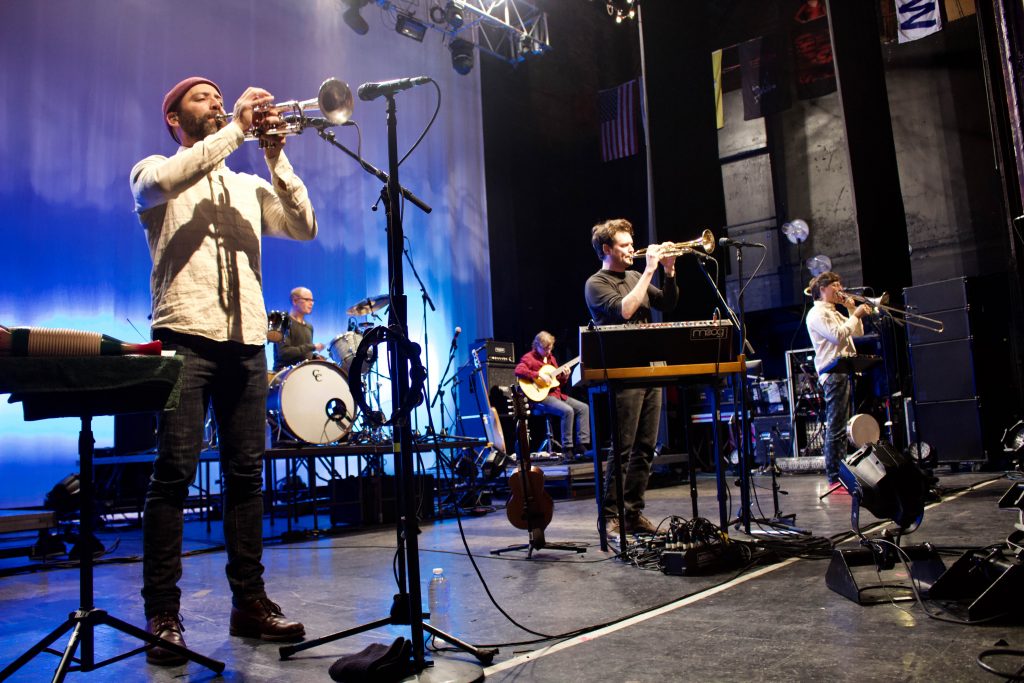 Beirut worked their way through an hour and a half set that included mainly songs off of their newest album, Gallipoli (2019), but that was also sprinkled with older tracks, like Postcards From Italy off their first full album Gulag Orkestar (2006). The chilling harmonies, uplifting horns, and silky smooth voice of Condon were coordinated beautifully with a stunning lightshow (if the Riviera light techs are reading this, I love you) that fit the energy of Beirut’s music perfectly. The set was punctuated by breaks from Beirut’s typical discography with an experimental synth-y instrumental block, as well as an improv section in which the horn players and Condon took turns soloing over a polka-y background. 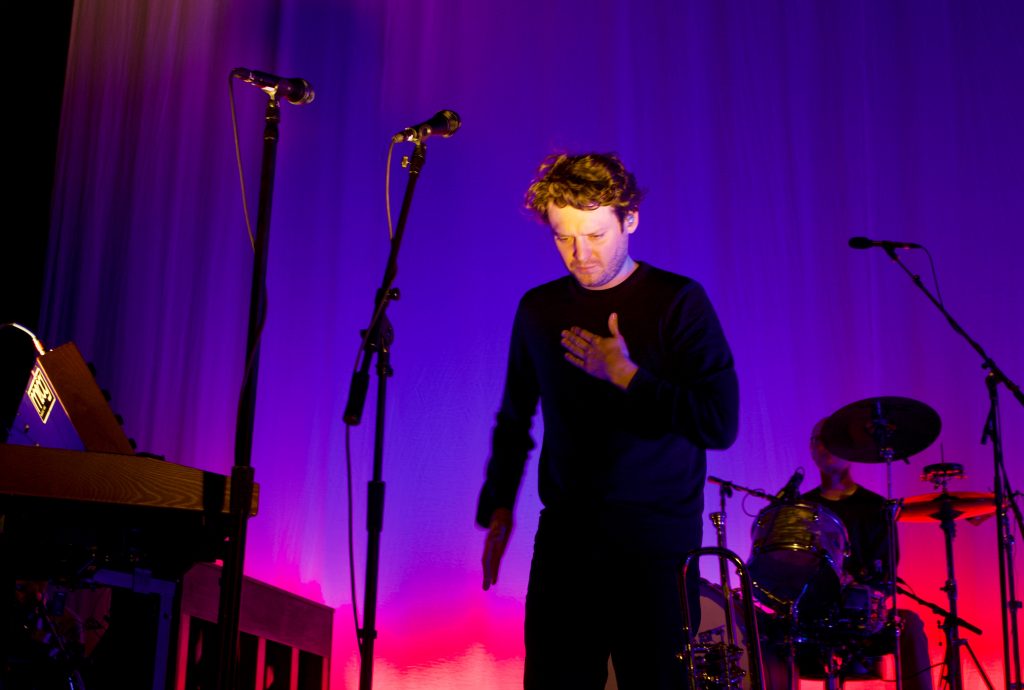 Beirut’s music is motif heavy, but this only contributed to the overall experience of the show, it felt for a second like I was encapsulated in a Riviera-shaped bubble of pretty lights and indie/folk/world music. Thank you Beirut!