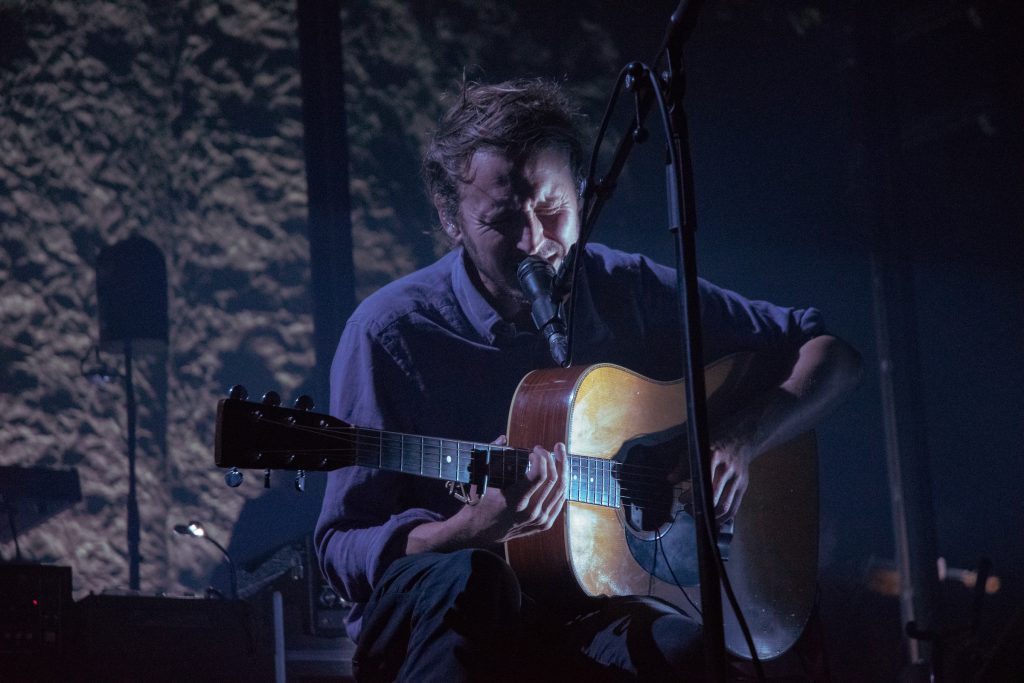 Ben Howard’s show at the Riviera Theatre seemed to bring music fans from just about every walk of life: 30-something guys with man buns, women in their mid-20s sporting bohemian dresses, dads with their daughters, and young couples who were all too in love.

It was an impressive turnout, with a line that wrapped around the next block and a packed crowd. Although I was surprised at the amount of people, it makes sense given that this is Howard’s first full-length U.S. tour since 2015 following the release of his second album, I Forget Where We Were. This summer brought Howard’s third LP, Noonday Dream, and his current tour. Known for his reclusive ways and tendency to avoid the spotlight, the crowd was buzzing with anticipation for the night’s events.

Opening the show was Wye Oak, a three-piece band from Baltimore. Their sound was a mix of multiple genres; indie, noise rock, and country influences were all apparent. With instrumentation similar to Howard, they seemed to appease the audience. Although their songs began to get a bit repetitive, they really hit their stride with a cover of Kate Bush’s “Deeper Understanding.” Lead singer Jenn Wasner noted Bush as one of her heroes – and indeed, the song seemed more fitting to her voice than some of her own compositions did.

Once Ben Howard stepped onstage, the environment of the theatre shifted. His 8-piece band, including an orchestral section, was divided by four poles with lights attached to them. Throughout this performance, the lights moved up and down, creating an ocean-like effect. Visuals were displayed on a backdrop; first of a desert surface, and then a holographic display of Howard in real time. The stage production was absolutely beautiful, and there he was in the middle of it all, sitting on a bench with his guitar.

Starting with “A Boat to an Island on the Wall,” Howard played almost straight through six songs off of his new album, pausing only to switch out guitars. He acknowledged the audience shyly, if at all, only looking up a few times. This added a fragility to his performance that nearly made one hold their breath for fear of interrupting his concentration. Howard’s gravelly, yearning voice echoed around the theatre as he strummed his guitar with ease, almost as if it was an extension of himself. He is well known for his “pick and go” strumming technique, which incorporates intricate picking and percussion. Needless to say, watching him play in person was absolutely fascinating.

Although he is only 31, Howard seemed to carry with him a wisdom rarely seen in today’s performers. The whole experience carried a solemn, almost existential weight, accentuated by the lights and visuals. At one point, he even turned away from the audience, playing solely for himself. His set consisted almost exclusively of his new album, which signaled to me a desire to separate himself from his past work, particularly his first release Every Kingdom. Those catchy riffs and love-filled lyrics were nowhere to be found in his set, which is sure to have disappointed more than a few fans. However, he played “Small Things” and the titular track from I Forget Where We Were, which resulted in a chorus of voices and phones in the air. Thunderous applause was rewarded with an encore, during which his two new singles were played along with “I Forget Where We Were.”

Though not what I expected it to be, there is no way I could be dissatisfied with Howard’s performance. It left me thoughtful and perplexed, and the accompanying visuals made me understand his new album in an entirely different way. It was apparent that performing is not something Howard enjoys – he seems to be purely in it for the music and the catharsis that it brings him. I found this to be extremely refreshing, and although it may be viewed as selfish by some, it brought an element of wisdom and delicacy to the night that is often lacking in present-day concert culture.