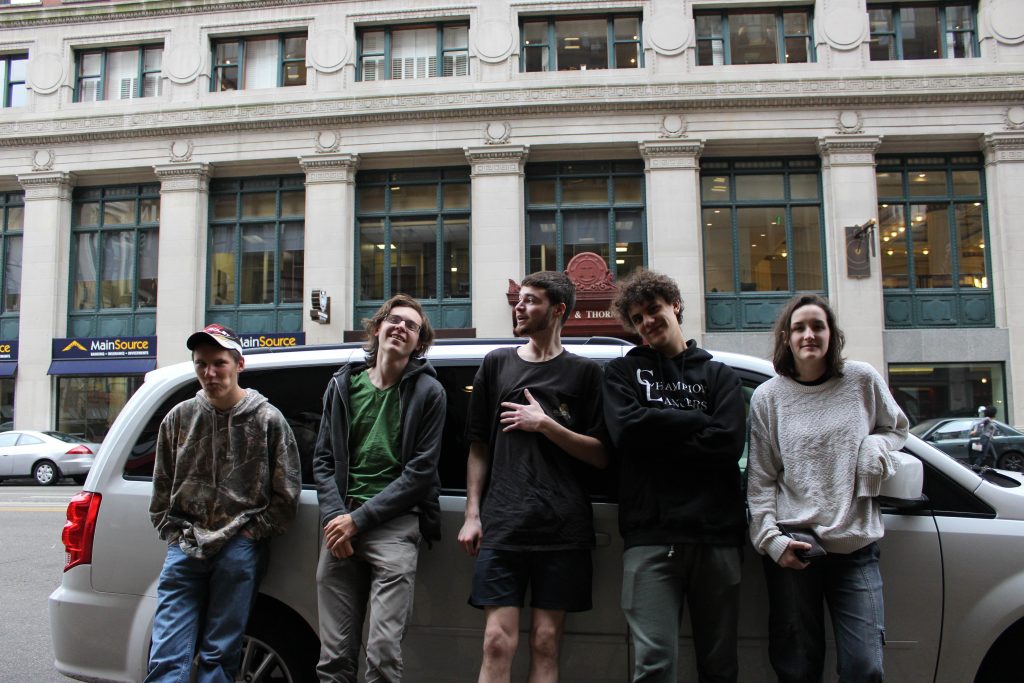 In the year of our Lord 2016, it’s difficult to discuss the live music scene without inevitably bumping into the topic of music festivals. Whether it’s one of the 20+ in Chicago of all different shapes and sizes or one of the countless elsewhere in the world, music festivals have slowly become one of the dominating forces in live music culture over the past 50 years. These festivals are really just another reflection of the recorded music business at large and the continual cycle of artistic commodification in our capitalist society.
At the top of the charts are the large corporate festivals you all know: Coachella, Bonnaroo, Lollapalooza, the list goes on. Importantly, all these festivals were at some point fairly independent and small festivals. As the indie aesthetic became more marketable, they became perfect breeding grounds for a takeover of popular indie culture by corporate music and fashion industries, selling not just music but a brand of insiderism.

On the complete other side of the spectrum are the niche festivals like the Bix Beiderbecke Festival Memorial Jazz Festival in Davenport, Iowa, or the exceptional Vision Festival in New York City (focusing on free jazz) that by their nature will never really grow or appeal to the commercial powers because of their exclusive and dedicated audience.

As festivals have gained traction in the 2000s and the space between these two styles have widened, there has been increased potential for hybrids and highly-curated festivals to fill the space in between. These festivals essentially take the concept of a diverse music festival and make it marketable towards the niche festival audiences. I give this brief overview and festival theory to contextualize Big Ears as one of those wonderful festivals existing between.

I can still vividly remember walking into the Sun Ra Arkestra concert the first night of the festival last year after a long 11 hour drive from Chicago to Knoxville. The small group of WNUR travelers was certainly tired, but that didn’t seem to be a word the 92-year-old Marshall Allen even conceptualized as he launched into a ripping solo the moment we entered the room. The sound was electric; the crowd danced; the sequins sparkled. As the band played an extended rendition of “Saturn,” we collectively felt the sleep wear off. We all became a little more conscious of how incredible these three days were about to be. Instead of talking about specifics five months after a festival, I would like to touch on some of the lasting impressions of the experience, the profound effect the festival had on my music listening practice and concept.

In many ways, the most special aspect of the entire festival was logistical, which counters the pop-culture perception of what a music festival should be. Instead of following the trend to create a festival grounds and centralized area for the festival with food vendors and beer gardens, Big Ears organizers really use the city of Knoxville to its full potential, utilizing already established venues for music and stores and restaurant spaces. This planning strategy, especially holding music in real venues, does away with the “festival set” phenomenon that affects many other, especially outdoor, festivals and legitimately creates a feeling that each show you are seeing is as the artist intends their music to be presented.

Along with the attention to space, the time allotted for and between performances, adds to the feeling of seeing actual performances and not just festival sets, and allows musicians to take care in their sound checks and incorporate any staging they may want to. Overall, I think this reflects music-first festival programming, that maybe doesn’t appeal to the usual festival-going crowd, but provides a festival experience for the serious music listener.

With the thought of who Big Ears attracts in mind, I remember very warmly the feeling of community that developed over the course of the beautiful weekend. I had the feeling that every person standing next to me at every show, from those in the crowd for Anthony Braxton to Nicolas Jaar to Lambchop, shared a deep love and appreciation for the music at their core and through that felt a sort of universal understanding. It’s a feeling anything I write here cannot possibly do justice, and a feeling that calls me back this year’s festival. Considering the more curatorial aspects of the festival, a glance at the festival lineup can tell you, Big Ears is one of the most incredibly diverse and genre-defying festivals in the country. It’s the only place I know of to hear incredibly high level performances of free jazz, hip-hop, contemporary classical, drone metal, alt-country and Brazilian psych rock in one day. (If you know of any other places, please share.) That fact alone stands an incredible testament to the booking job and commitment to a wide variety of underrepresented music Big Ears consistently demonstrates.

In many ways, I came into the festival with medium-sized open ears. Ears eager to hear experimental music, ears equipped for non-judgmental listening, but ears with varying levels of experience listening to the music and genres they were about to encounter. And I left with big ears, very big ears ready and prepared to devour experimental music in Chicago. Ears that will lead me back to the next beautiful summit of musicians and listeners in Knoxville, Tennessee.

The lineup for Big Ears 2017 was recently released and tickets are available now for the March 23-26 festival. This year the lineup features Carla Bley, Henry Grimes, Supersilent and Henry Threadgill representing jazz among others, all favorites of DJs here at the WNUR Jazz Show. Chicago bands Wilco and Tortoise will hold down the rock programming, along with Coleen, Blonde Redhead, Deerhoof and the Magnetic Fields. Michael Hurley is going to play some guitar and sing (wow), and Steve Lehman and Sélébéyone will make a special appearance to present one of the most innovative jazz and hip-hop albums of the year. The list goes on; I could write pages about every one of these musicians just listed, but I’ll stop here, give you a link to the website, and let you find your own collection of Big Ears artist to get excited about.