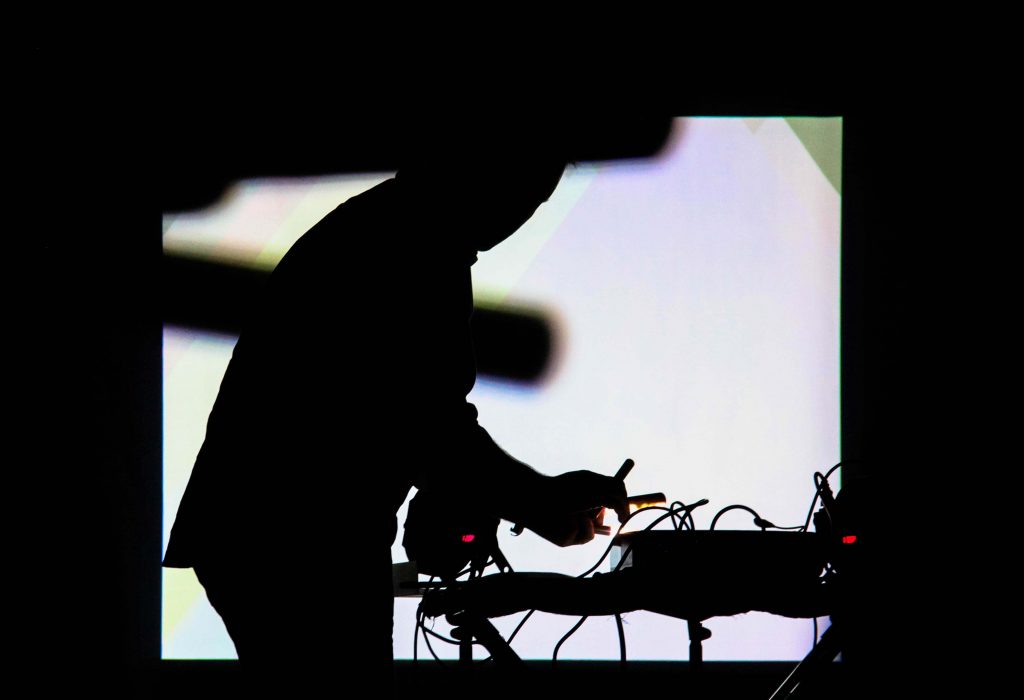 I’ve recently become fascinated with locality, as in defining characteristics of cities and places and events, as in aspects of an experience which orient you geographically or socially or sonically. The more I travel and interact with this world, the more I realize locality is slowly dwindling away. Culture and place in America are becoming homogenized, big cities are big cities are big cities and the shoes on your feet can probably be bought anywhere at anytime. I say this not to be cynical, but just as an observation, one that for whatever reason struck me this weekend at Big Ears Music Festival in Knoxville, TN. Because, amid a sea of sameness and predictability, Big Ears is a beautiful contradiction.

It’s a music festival where the music means more than the festival, where the artists are the audience, where curiosity and open-mindedness are paramount, and where your expectations will be broken. Big Ears lineup defies genre divisions set by the music industry by bringing together an incredibly diverse collection of artists of all different backgrounds, conceptions, and aesthetics. By organizing the festival within the venue-dense downtown of Knoxville, Big Ears is able to give every one of these artists a proper concert, both in terms of space and length of performance. The unbelievable concentration of venues aside, Knoxville as a city feels unique in the same ways Big Ears does, with almost no chain restaurants or stores in the downtown space. Big Ears and Knoxville are together.

Together, that’s an important one, an important word in describing Big Ears and the audience to artist interaction that I’ve found the past two years as an attendee. Colleen paused in her set Friday night to mention how incredible of a time she was having at the festival as a fan. She talked about seeing Michael Hurley the night before and lamented on wanting to see him again but having to sound check for her show instead. Behind me I heard a soft voice say, “I’m right here!” I turned around to see Michael Hurley in his blue ball cap, guitar in hand, who’d come straight from opening for Wilco at the Tennessee Theatre down the block. It was special moment, and one that happens often at Big Ears as the lines between the audience and artists begin to blur. Greg Saunier from Deerhoof was at almost every show I went to, Frode Haltli was constantly saying hi to Dori and I on the streets of Knoxville, and MEV could be spotted sharing a bottle of wine at sidewalk cafe. At Big Ears the performers you see on stage are also fans of the diverse and incredible music, as Owen Gardner of Horse Lords said during their set “congratulations, we all have great taste.” Big Ears is a festival of taste, different tastes converging on one geographic location all fitting under an umbrella of music appreciation. It’s pretentious like a friendly nonjudgmental record store clerk inviting you to check out something she’s got behind the counter. It’s a festival made for people who are prabably too deep in music, people who have left the surface long ago to plunge into the depths of experimental and niche groups and styles, but it’s not about projecting that knowledge to the rest of the world. A bunch of self-aware music nerds unconcerned with image and proving themselves, artists included.

There were a number of moments at Big Ears 2017 that shattered my expectations. Matthew Shipp blew me away twice, solo and accompanied by Bobby Kapp, in my first time seeing the prolific pianist. Ståle Storløkken and Arve Henriksen played ethereal organ and trumpet duos in a large Methodist chapel, and later closed my festival experience on a foggy stage joined by Deathprod as Supersilent. Xiu Xiu played Twin Peaks, unpopular opinion among the WNUR crew: I really enjoyed it. Matmos performed portions of Robert Ashley’s Perfect Lives and Musica Electronica Viva decided to play on in the middle of the crowd on a sunny Saturday afternoon. I ran from Colleen to Carla Bley to Wilco in the span of an hour and was listening to Meredith Monk sing solo songs composed in the hills of New Mexico the next morning. Steve Lehman and Sélébéyone gave my favorite performance of the festival, intertwining complex polyrhythmic jazz with the rapping of HPrizm and Bamar Ndoye. Horse Lords put forth their own statement on polyrhythm with a blistering set on Saturday afternoon and the night before Michael Hurley sang about wishing for a potato. You can see photos of some of these moments above, and stay tuned for a video we made covering the festival and the surrounding scene.

Big Ears is special in a way not many music festivals are any more. Where else could you see Wilco and Supersilent with a little MEV sprinkled in? There’s nothing quite like it, and that’s quickly becoming a novelty in a continually shrinking and homogenizing music world. If this sounds like the place for you, it probably is. I hope to see you there next year, and who knows, your ears might even grow a little.