Big Thief sold out the Metro months before their latest album was even released. The band released two albums this year — U.F.O.F. in May and Two Hands less than two weeks prior to this show. To say they mean business would be an understatement; from the moment the members of Big Thief took the stage, it was clear they were there to jam and do nothing but that.

But prior to the main act, Palehound warmed up the crowd. I saw them open for Cherry Glazer at the Bottom Lounge last year, but since then, they have released their album Black Friday as well as two additional singles this month. Although they played off each other well — dancing and grooving to each other’s productions — it was clear that everyone in the audience could only think about the next group to take the stage.

As soon as their equipment crew checked each instrument, from the chipped symbol with a hole taken out of it to the many guitars Adrianne Lenker was to play throughout the night — drawing the anticipation to its peak from the audience — Big Thief nonchalantly took the stage, unphased by the chaos of whoops and hollers, and immediately began with two lullaby-esk songs to start off the night, “Rock and Sing” off of their newest album Two Hands and “Sparrow,” an unreleased track. Lead vocalist Adrianne Lenker’s haunting voice paired with her hoodie masking her face for the entirety of the show gave me chills through these stripped tracks.

The band continued their progression with “Shoulders” followed by “Masterpiece” from their 2016 album of the same title. It was Lenker’s soft growls and pleas highlighted in these songs that prompted the crowd to truly start rocking about and belting out the lyrics in unison. Big Thief gave the audience a holistic taste of the entirety of their discography, performing two more songs off of Two Hands — “Not” and “Forgotten Eyes” — before playing two tracks from U.F.O.F. — “Terminal Paradise” and “From” — both of which were released by Lenker as part of her solo project “abysskiss” in 2018. I was privileged enough to cover her solo show last year at Lincoln Hall and swooned over her mystic, delicate voice and soft presence the entire night. Although her breathy, youthful-yet-soulful voice continues to cut through the noise when backed with a full band, I was shocked by the contrast between that previously known fragility and the shredding guitar riffs and raspy moans produced on this stage. 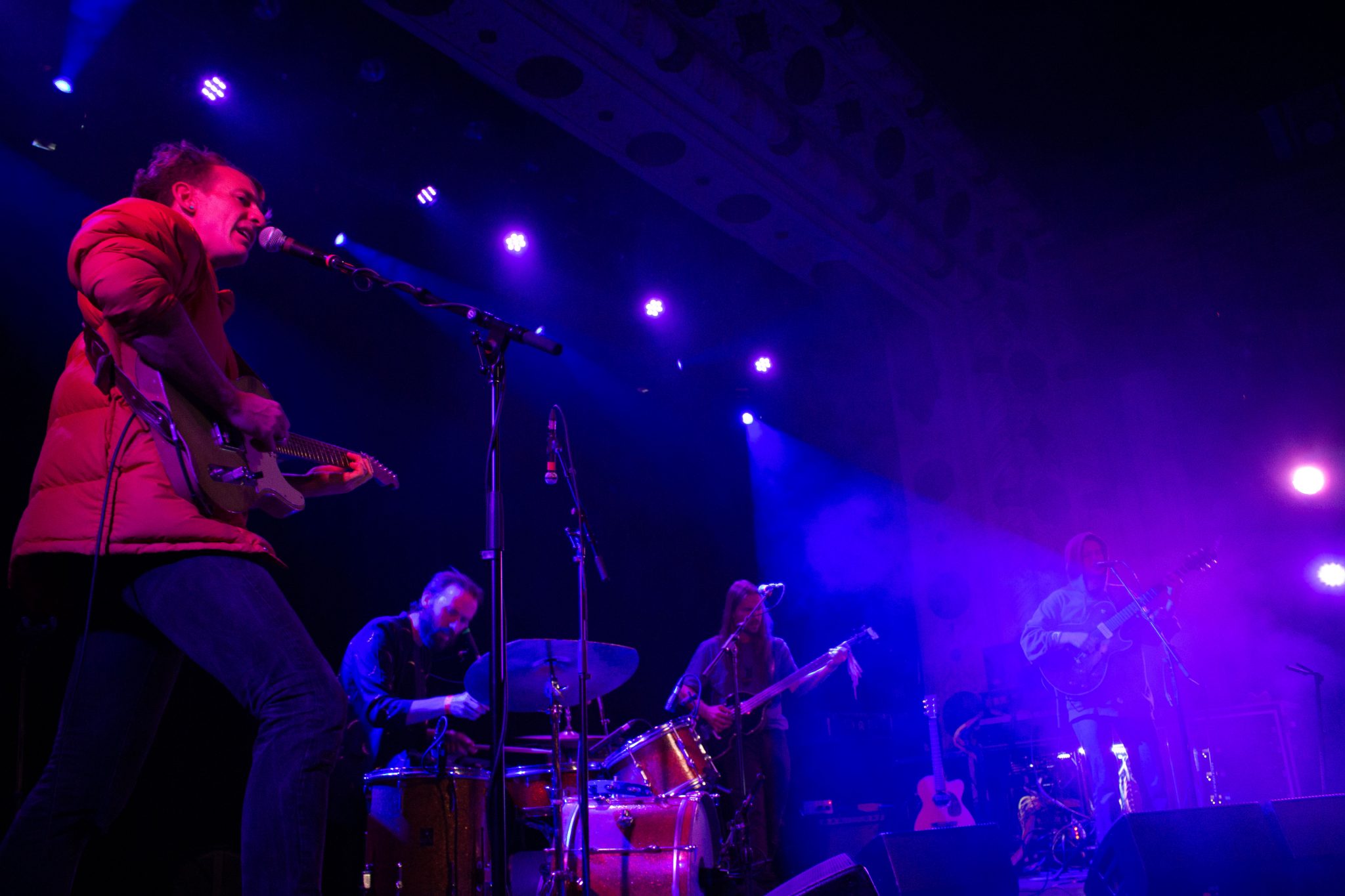 The band played song after song until they finally spoke to the crowd after the eighth song, only to compliment us for our energy, with Lenker’s dainty “I concur,” before continuing on with the show. No gimmicks here.

The crowd went absolutely berserk in response to the extended intro to “Shark Smile,” one of Big Thief’s biggest hits. The lights put on by Metro fit very accordingly, from ominous grey tones to compliment the yearning pulls of tracks such as “Terminal Paradise” to vibrant blues fitting “Shark Smile.”

As all members of the band left the stage with the exception of Lenker — switching over to an acoustic guitar, which would be used for this next song and this song only — she went on to explain her hydration via coffee making her feel “like a sprout in the sun,” segwaying to her unreleased song “Spud Infinity” (which I also noted during her previous solo show). Directly after, guitarist Buck Meek swapped out with her — sporting his own acoustic guitar — to perform an unaccompanied song of his own (as he also produced an independent project last year). I cannot seem to find the name to this song, however, as noted by the lyrics, it’s “a secret song by the warbler and the robin.”

As the band reformed on stage, they began the eerie melodies of “Contact,” and my anticipation couldn’t be contained, for I knew of the upcoming screams as captured on the recorded version. Although I thought I was ready for that moment, I was not; nothing could have prepared me. Lenker whipped her head from side to side as she screamed and growled alongside the piercing guitar riffs, and the entire crowd jumped back, silenced and frozen, unable to look away from this wild-animal-like image. The nervousness in the room was tangible, and the chills shared amongst all.

They finished out the night with two of their better known songs, “Cattails” and “Paul” as the hall swayed and sang along, caught in the trance produced by the musicians on stage. After a seemingly infinite period of pleading for an encore, Big Thief came back out to perform “The Toy” from their newest album. 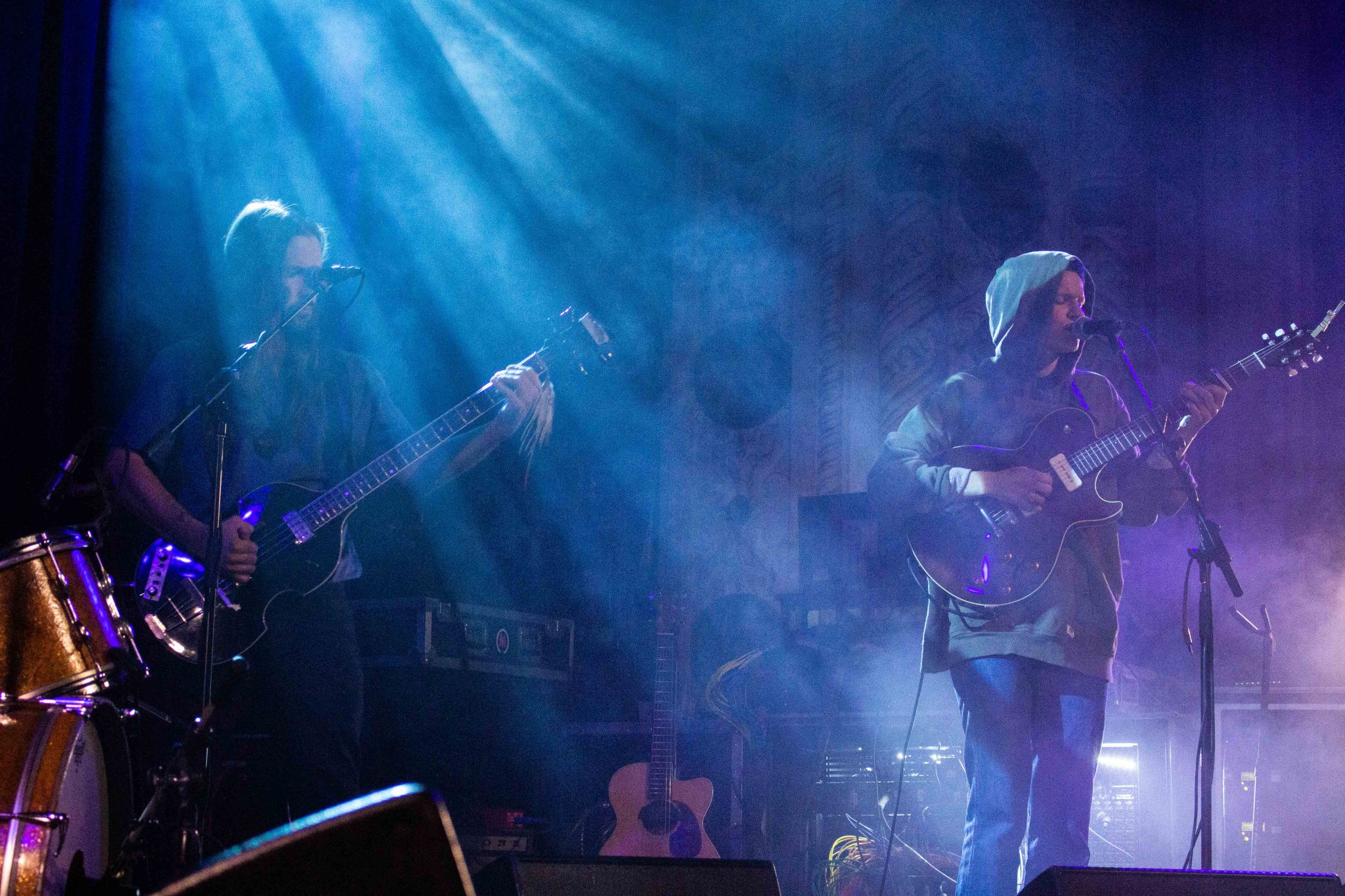 At one point, Lenker shared her dream of making it to 70 years old and still playing shows just so they can be old and really mess with the audience, and honestly, I would be just as excited to see them then as I was here at Metro. I’ll be counting down the days.