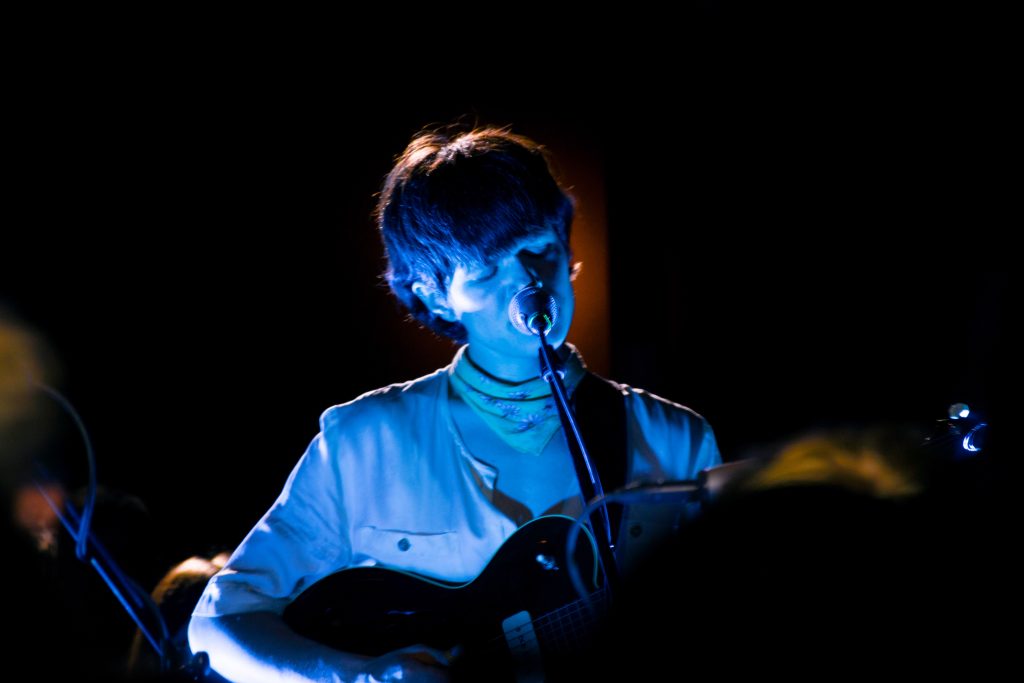 When I call a concert “intimate”, I’m typically referring to a barrier removal, where the performer connects with a (usually sparse) audience on a level that transcend your average spectacle and turns into something more cathartic. Such an experience is characterized by a sustained attentiveness projecting itself onto the space, where audience members are more likely to be caught gazing in awe than succumbing to the distractions that tend to arise when watching a band perform for over an hour. An atmosphere like this is not quite tangible, but when it is there, it is very obvious. 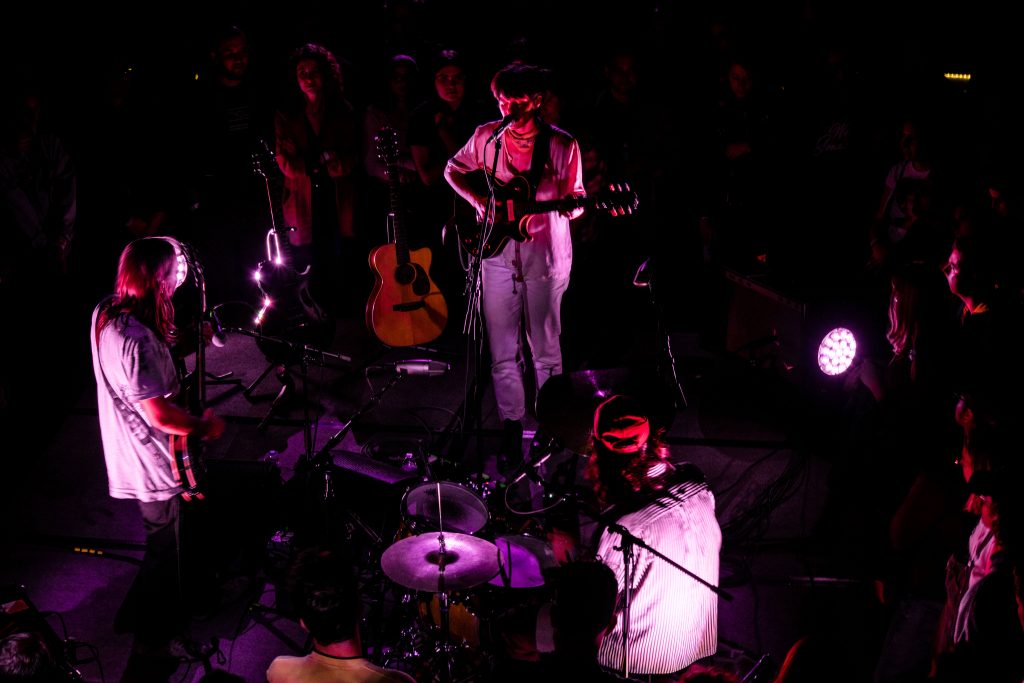 You probably get the message. Big Thief’s show at Thalia Hall was one of those performances. However, Big Thief took it one step further. Unlike the standard concert set-up, with everyone in the crowd facing the same direction, the stage was a square in the center of the floor, erasing any barrier between performer and audience. The band members had to walk through the crowd to get to the stage, and when they were onstage, crowd members could potentially smack the performers just by stretching out their hand (I did not see anyone try this, thankfully). It was a major win for people like me who had a direct view of all three members, but I couldn’t help but feel bad for the people who were limited to a view of the back of lead singer Adrianne Lenker’s, until she pointed out the beauty in it. “I feel like there are so many of you I can’t see right now,” she whispered, bending her head backwards. “But I feel like the energy in this room is so much deeper than vision.”

It was some #deep shit, but it was valid. Throughout a set that was a carefully curated whirlwind of cathartic outbursts and hushed, solemn instrumental mewling, the aura was so sustained, I almost felt guilty every time I made a comment to my friend, or glanced at my phone. Bands often capture your attention, but they don’t always lather themselves in it. Big Thief emerged onto the scene fairly recently with last year’s Masterpiece establishing itself as a polished, immersive statement in modern indie rock. However, it wasn’t until this year’s Capacity where they truly collected a diverse array of songs that managed to tiptoe the line between purgative and restrained so relentlessly. It all translated beautifully onstage, to the point where the set almost felt career spanning. Opener Mega Bog, who also fared wonderfully with the dimly-lit centered stage, introduced them as one of the “best bands of all time,” and while I’d never burden any new artist with such a grandiose claim, I must say that I was much more convinced by the time the left the stage.
That being said, it’s always impressive when a show transcends its gimmick, a term I’m hesitant to use because of how well the centered stage complemented Big Thief’s charisma. I left the show wondering why more artists don’t do that with their performances, but then I realized not all of them deserve it as much as Big Thief; when a show becomes this immersive, it’s extra satisfying when they bring the stamina to boot.