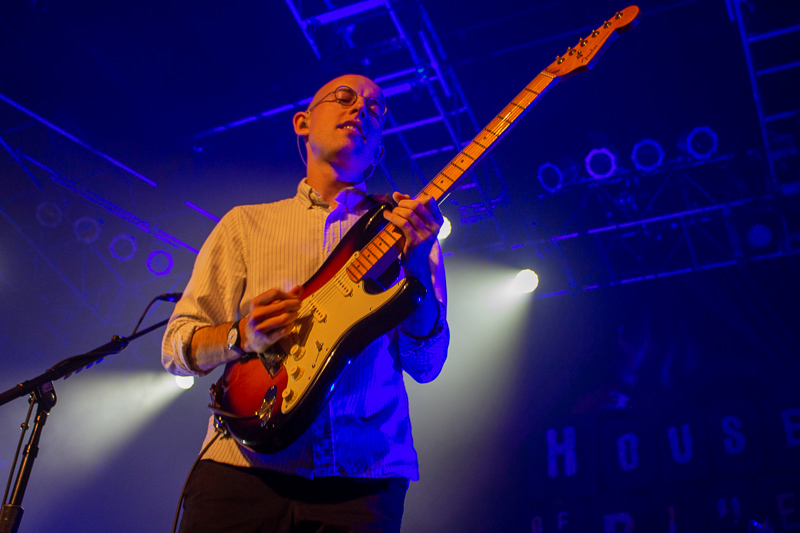 The House of Blues seems on paper much like the rest of the mid-size Chicago venues. Built in the late 90s, the architecture seems to emulate Thalia Hall and the Riviera Theatre in the refurbished theatre-style decor, but something unnamable seems missing. The venue is part of a chain, owned by Live Nation, the company that bought the Aragon Ballroom in late 2017. The conglomerate bought Ticketmaster in 2017 and is worth an estimated fourteen billion dollars. While the acts it hosts are of a high quality, the corporate nature of the venue leaves a strange impression on the concert experience. During the break between the opener and the headliner, a screen covered part of the stage. This isn’t unheard of — Lincoln Hall has a similar screen — but the images it played had a much more corporate feel. Instead of upcoming shows or events, Live Nation sponsored ads and bulletins including commercials for Uber, Sony, Pepsi, and the brand of metal detectors used by the venue.

While these ads themselves are benign, Live Nation’s presence on the Chicago music scene hasn’t always been. In 2018, the conglomerate was rumored to be building a new venue in the Lincoln Yards area, where they would require bands to sign a radius clause, preventing the bands from playing at any other venue within a certain distance. Live Nation claims that exclusive contracts with artists will not harm other venues, and that the new venue will increase traffic to other venues through after parties and collaborations, yet local venues remained skeptical. The original plan for the development was blocked by a local alderman; the question of how much corporate interests will shape the Chicago music scene remains to be seen. 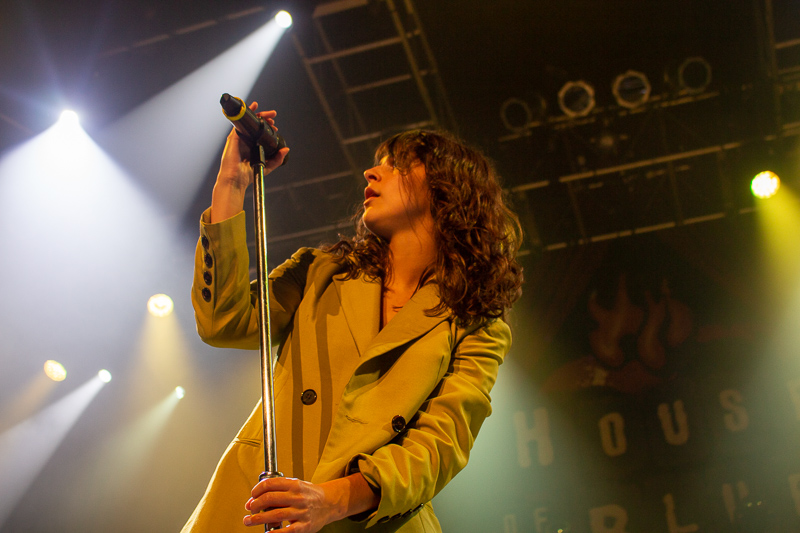 The Greeting Committee played a tight, interesting set. Their bright, energetic rock coupled with lead singer Addie Sartino’s lower, well-developed vocal was an excellent way to begin the night. “Dancing to Nothing at All” is a well crafted song; the lead guitar line was tempered by Sartino’s dusky vocal and the grungier jams that the chorus brought on, but the addition of the alto sax, played by bassist Pierce Turcotte, only seemed to distort and degrade the sound. The issue could have been the sound mixing or overblowing the chords on Turcotte’s part, but the sax part in “You’ve Got Me” was much more rich and smooth. Paired with the funky, bouncy guitar parts, the song seemed much better suited to the addition of the alto sax. The high point of the set was their final song “Don’t Go” during which Sartino shone and the interplay between the guitar parts illustrated the skill of the band.

Bombay Bicycle Club’s set mixed new and older songs while including a substantial teaser for their upcoming January release Everything Else Has Gone Wrong. Overall, while the songs did eventually feel repetitive deep in the set, the band showed serious skill and joy in rendering their songs, both new and old, for the audience. A key part of the band’s sound is the highly textured, bouncing guitar line, and while the ability and tenacity of both guitar players was on display through songs like “Shuffle,” “Everything Else Has Gone Wrong,” and “Dust on the Ground,” they grew repetitive when considered as a group. Still, the effect of the layers of texture with the guitars and bass, along with the grittier mood in “Everything Else Has Gone Wrong,” still made an interesting part of the set. 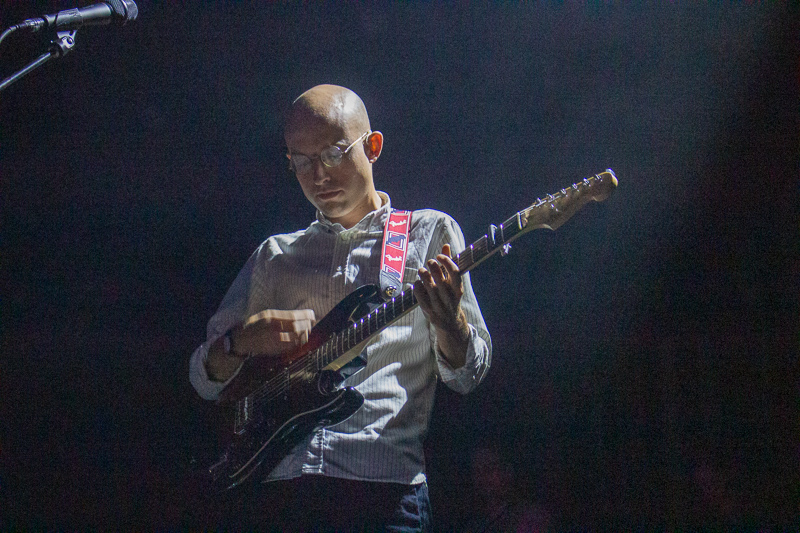 New songs “Is it Real” and “Lights Out, Words Gone” were welcome moments of contrast which allowed the band to play with silence and strip down their sound in creative ways. Building back up to their caffeinated, bouncy guitar lines was more exciting when simplicity and silence had been involved. “Home By Now” and “How Can You Swallow So Much Sleep” also showed shifts in mood, yet still grounded themselves in a similar style. The pairing of a more insistent bass line with the band’s high, sharp guitar in “Home By Now” kept the song grounded, while the pauses in “Eat Sleep Wake (Nothing But You)” had a similar effect. The way the band nuanced their sound was interesting to hear over their set, and their upcoming record Everything Else Has Gone Wrong seems to continue their playful, energetic style.