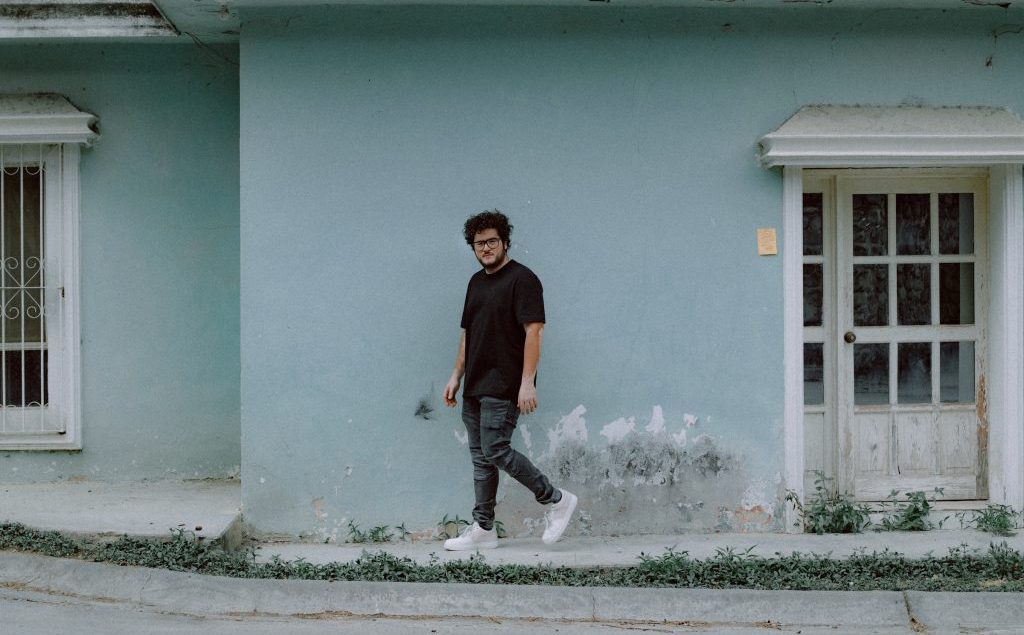 This February, Mexican-based electronic group Boombox Cartel will be back in Chicago for their “The Cell” tour. The pair, composed of Americo Garcia and Jorge Medina, was recently named the #1 Mexican DJs in the world, according to Insomniac. You’ll know them for their trappy, festival-ready tracks like “B2U,” “Moon Love” and “Phoenix,” as well as collaborations with Flosstradamus, QUIX and NGHTMRE. “Cartel,” a 2017 EP, has been followed by a string of singles, with an album to come later this year. But before all that, I took some time with Garcia, the touring member of the duo, to chat over the phone about the inspiration behind “The Cell,” recent music, and his Cartel Sound label project.

AG: I’ve been working on music this whole last year and now am incorporating some of that into the show while saving some for the upcoming album. I’m just preparing everything for this year. There are lots of moving parts: tour, music, even merch designing. I’m sitting on about forty tracks right now, and am just trying to curate the right time to put it out and how to release it. There are videos to make and other artists to coordinate with – lots of little suit and tie stuff behind the scenes. We’re just here creating every day.

RK: Where did the inspiration for “The Cell” come from?

AG: Cartels and jail cells go hand in hand, so we’re building a giant jail cell. We rented an abandoned prison and went in there with a whole film crew. They shot every angle of it and have really creepy footage of what it’s like to be in there. We’re telling a story, putting a movie together, and combining it with the sculpture and the music. We have about 160 lights we’re attaching to the cell, and hired a shop in northern Los Angeles that’s been working 24/7 for the past month and a half…And there are some vibes within the stage production that will add new production to the songs. I’m just grabbing elements from them because I don’t want to release them yet, but I do have over a handful of unreleased records I’ll be dropping. It’ll be sick. I’m really excited and nervous.

RK: Why are you bringing this tour to Chicago? You were here last spring – are you excited to be back?

AG: I’m always excited to be in the Midwest. Boombox started in Minneapolis, so I have a special place in my heart for it. I just want to show the city what’s up and elevate the expectations of a DJ’s show. This tour, it just feels right. It feels cool to be able to spend a lot of money investing in art. I never had that opportunity starting out, so it’s nice when everything comes together – especially in a city close to home.

RK: As you mentioned, then, starting out you could never have pulled off something like this. How does it feel to be able to do that now – and to hold the title of the #1 Mexican DJ in the world, to boot?

AG: When Boombox started out, EDM wasn’t even a thing in Mexico. I would play reggaeton in the clubs and get kicked out, but now they’re playing EDM in every club in Mexico. It’s nonstop. I’m super honored. I don’t know how to express that. I just never imagined EDM reaching the point where it’s at now in Mexico.

RK: Your recently released tracks sound very different – at least to me. “Whisper”’s drop is pretty unconventional, and “People I Know” could pass as indie rock, almost. In other words, you’ve been throwing some curveballs at us! What journey will you take your listeners on in 2019?

AG: Growing up listening to indie rock, then doing EDM over here, obviously you miss the indie rock a little. It’s always cool to bring it back and bring in the culture of where I grew up, and the music I listened to in school. It’s one big circle. As for the journey, curveballs are great. We’ve got a few lined up. There’s a lot of bigger picture stuff to, like working with a lot of really established artists in other genres and getting them out of their comfort zone, into the EDM bubble.

RK: What’s that like, introducing all these artists to your genre?

AG: I’m always really nervous, working with all these people with established fan bases and sounds. And saying, “You might be used to this, but let’s try this.” If they come from the pop industry and the rap industry, they don’t know much about EDM. They know everyone goes crazy at shows, but once you play them stuff, they find it’s more complex than they’re used to. It’s about teaching the culture, and saying “Look how loyal the fans are.” Then they’ll gain interest and watch festivals, go to DJ sets, and see how many people are there. It’s just putting people onto EDM, and onto the culture.

RK: I’d love to talk a little bit about “People I Know,” since it’s just so different. Tell me more about that track.

AG: I’ve always listened to rock, punk rock, indie, and have so many ideas out there. This one was that fuck it moment, like, “Let’s just make something that sounds like it’s playing at an Apple store.” I love MGMT, I love M83, I’ve always loved all that, like Foster the People. I grew up with all those bands. And the track turned out, and just happened to sound really good, so I thought, you know what, let’s throw a little curveball and put it out. About a month ago I was at the Apple store, and they were playing Kanye (West) and Flying Lotus. And then, “People I Know” started playing. I was like, “This can’t be real.” And then they played M83 and I was like, “Damn, that’s insane. That’s the inspiration right there.” It was a fun thing, and it was the experiment, the vibe, the idea, the goal. It’s awesome to see it happen. I don’t want people to think Boombox should always to EDM. It’ll always be the main thing, but I really want to show off everything else I’ve got.

RK: Tell me a little about Cartel Sound, and what’s happened since it’s debut at SXSW last year.

AG: Pretty much, here are artists down to make cool unique music that will change the game, and I want to help them. Cartel Sound is something I want to put together in the future, not just right now, but I want to get a family of artists of sound together and create this really unique family vibe. I want to help starting, talented artists and give them the exposure they deserve. At the same time, I want it to be a beneficial platform for them, not for me, where they can release whatever they want without barriers. We’re creating a family, a bubble, a hub for everyone.

RK: Are barriers to your music something that you personally have experienced?

AG: There are always barriers in this industry. You can be really proud of this song and then get pushback from a label. There are always limitations to getting a song done to the point when it’s finally on Spotify. I just wanna remove those barriers as much as possible so it’s easier for everyone to create and feel comfortable.

RK: Relating pretty directly to that, WNUR-FM, my platform, is all about giving space to “underrepresented” artists. That being said, what makes you excited for the future of EDM and those artists that are underrepresented?

AG: EDM is such an unpredictable genre. There will be one style that catches on and a few artists will blow up and start a career on it. Then the genre will move on to another style that blows up a few. It’s incredible how it’s so collaborative, too. All these different producers bring a little bit to it and steer it left, right, up and down. I’m really fascinated by how our genre’s grown.

RK: Tying it all up, what can we expect at your Chicago show? What should I look forward to?

AG: Everyone’s gonna have to see it. When the first show happens and people start seeing videos on social media, they’ll figure it out. I’m not telling anyone everything because it’s all about the experience, and I want the loyal fans to have that. This is for them. We’re almost done building now and are super excited. It’s been a team effort with lots of people, and it’ll be a pretty big stage. Now, I’m just waiting to see what everyone thinks.