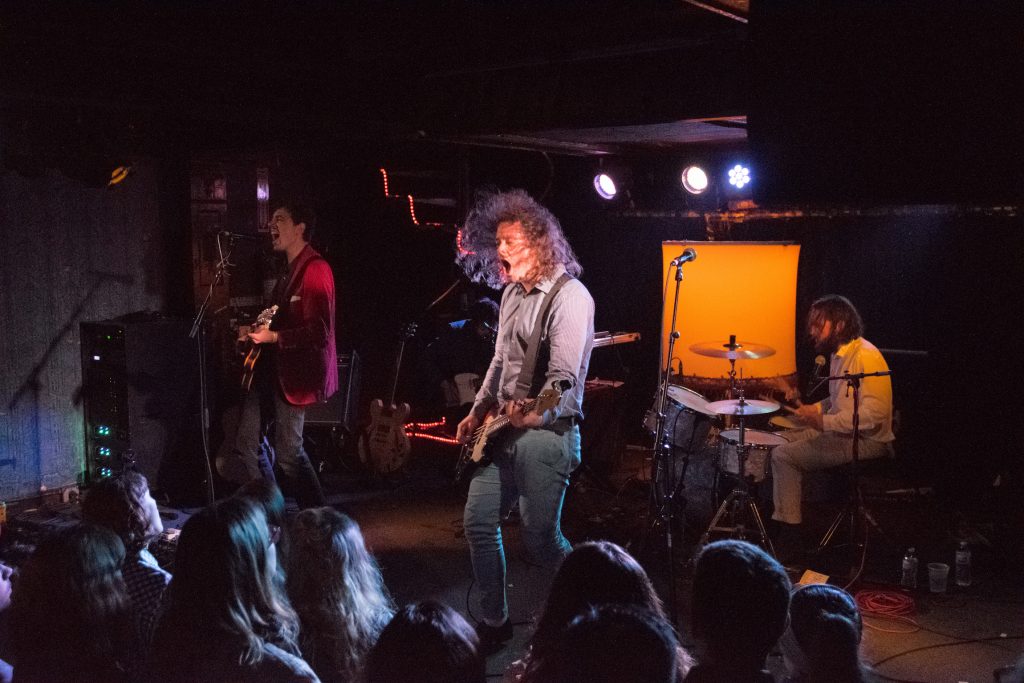 Arriving right as doors opened for the Born Ruffians concert at Subterranean on Saturday, I was nervous to walk into an empty venue. It was the last show of their tour promoting Uncle, Duke & The Chief, the album they released in February, so I was expecting a better turnout at the start. By the time the opener, Little Junior, came on, only around 50 people were there.

The low attendance, however, didn’t stop Canada-grown Little Junior from leading with an incredible energy that put a smile on my face. Under a bright pink spotlight, the frontman, wearing red lipstick and a blue plastic necklace, literally glowed.

With songs dedicated to Ryan Gosling and a mysterious Michael, the frontman’s “enemy,” Little Junior filled their set with cheesy, coordinated headbanging and energetic guitar riffs. Their sound, reminiscent of the band Good Charlotte, transported me to a dark, crowded basement full of red Solo cups and beat-to-shit Converse, watching four guys bang out their angst with loud, overdriven guitar sound and emotional lyrics. 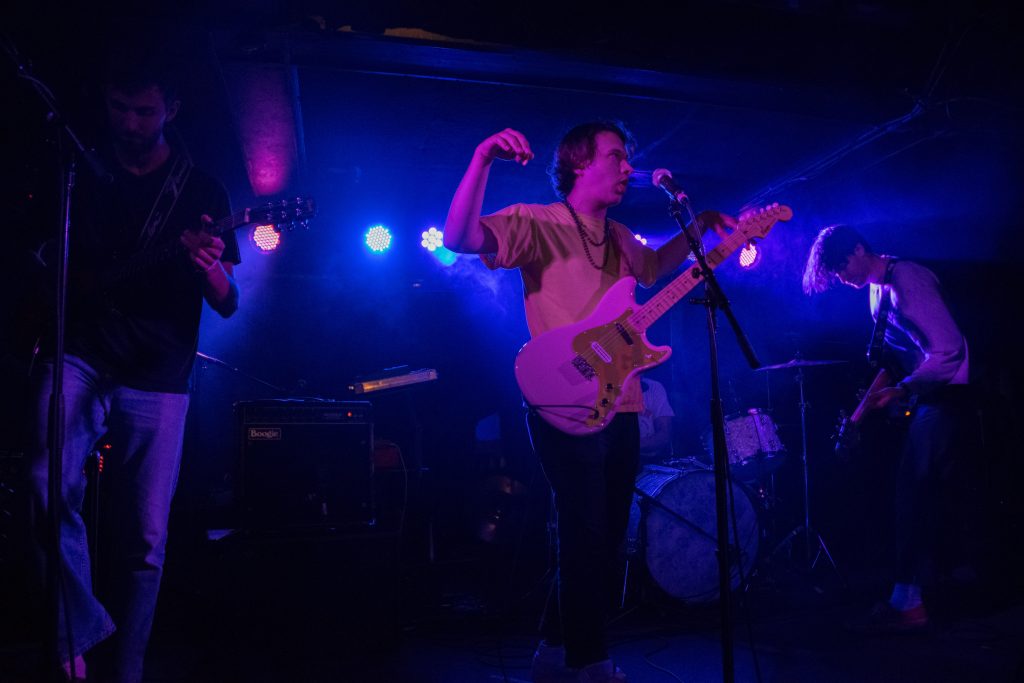 Despite the cheese, the band was more than enjoyable to watch. They were genuinely having a good time on stage, and couldn’t stop smiling and laughing at each other. Watching the hair of the bassist bounce up and down as he headbanged to every beat of every song made me so unbelievably happy. It’s been a long time since I’ve seen a group genuinely enjoy performing as much as Little Junior did, and it was insanely refreshing and infectious.

By the time Little Junior closed out their set, Subterranean was packed. Both the balcony and the main floor were full of people ready to see Born Ruffians, composed of lead vocalist Luke Lalonde, bassist Mitch Derosier, keyboardist Andy Lloyd and drummer Steve Hamelin. The crowd was a mix of devoted fans who had been around since the first album’s release in 2008 and younger teens who had just started listening. I even spotted one young teen with her mom. Being pretty unfamiliar with their work, I was admittedly skeptical of the show I was about to see. The nice suit that Derosier wore didn’t help. 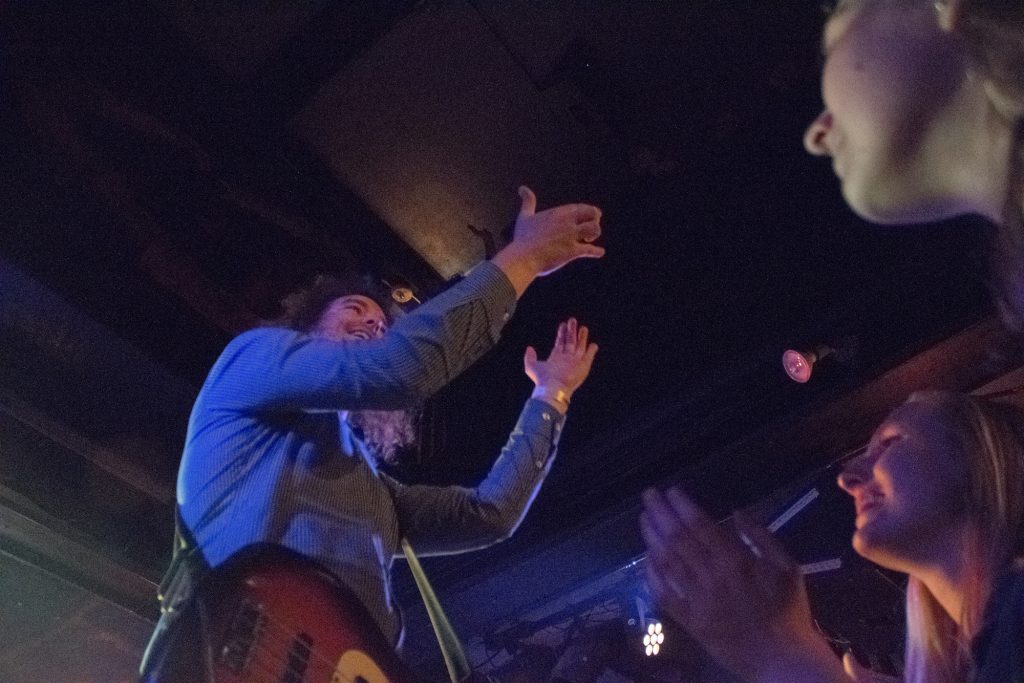 But by the end of the first song, I was hooked. The band led with “Hummingbird” off of their debut album, Red, Yellow & Blue (2008), and the energy of the crowd’s response to their classic hit was insane. Everyone was singing along and jumping, and when Derosier said to clap, they clapped. When he waved his hands, they waved back. This is pretty common at shows, but it’s rarely as enthusiastic as it was on Saturday.

After a few songs, Lalonde asked if anyone had been at their show in Chicago 12 years ago. Usually, there will be a few yells from the back when a question like this is asked. But in Subterranean, a solid third of the crowd responded to Lalonde. One of my favorite parts of the show was the dedication of the fans. Born Ruffians pulled from all of their extensive discography — “Forget Me” and “Love Too Soon” off of Uncle, Duke & The Chief, “& On & On & On” from RUFF (2015), and “Needle” from Birthmarks (2013) — but regardless of the song being played, the crowd knew every word. 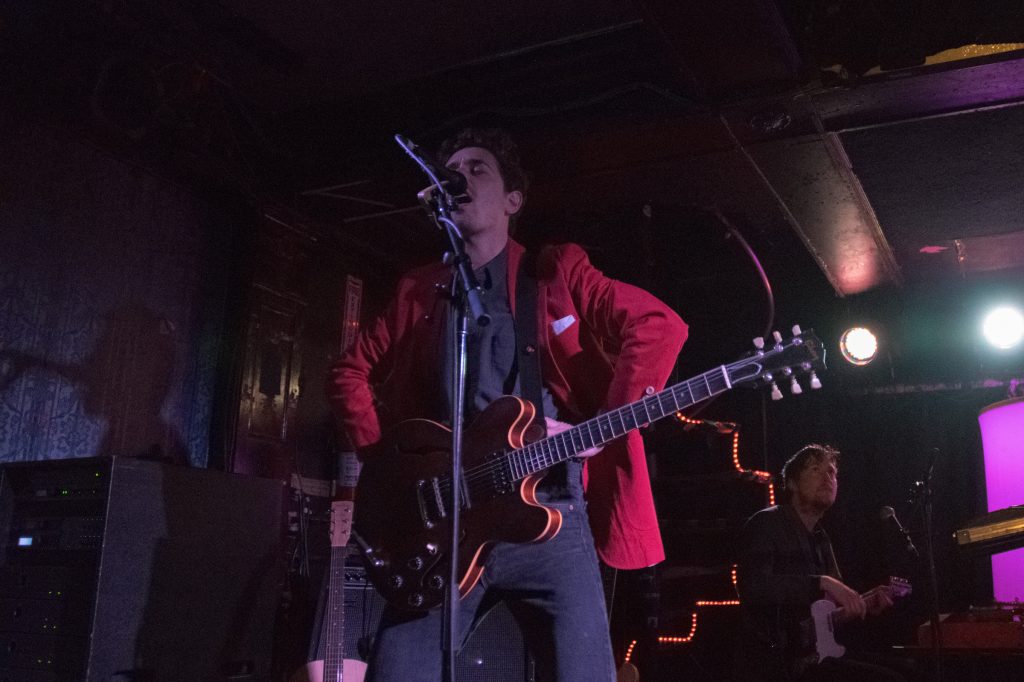 The vibe of all of their music is laidback, easy-listening indie. I’d compare them to COIN, Circa Waves and ARIZONA, but with less synths and more of a natural sound. To me, this reflected Born Ruffians’ experience as a band. After having been around the block more than a few times, all four musicians were seasoned performers. They didn’t care much for gimmicks or unnecessary fluff, but instead preferred raw music and the joy of sound. It was refreshing, especially in an industry full of frontmen trying to out-hipster each other.

In addition to the actual sound of the show, the band was well arranged and matched the feel of the show. Lalonde and Derosier played off of each other beautifully. The stage was set up so that neither was in the middle, but instead each had their own side. Lalonde was calm, and stayed in his corner for the most part. Derosier, on the other hand, whipped his long hair all around the stage, taunted the crowd and jumped and danced around. The differences in energy among the bandmates gave everyone in the crowd someone to relate to. 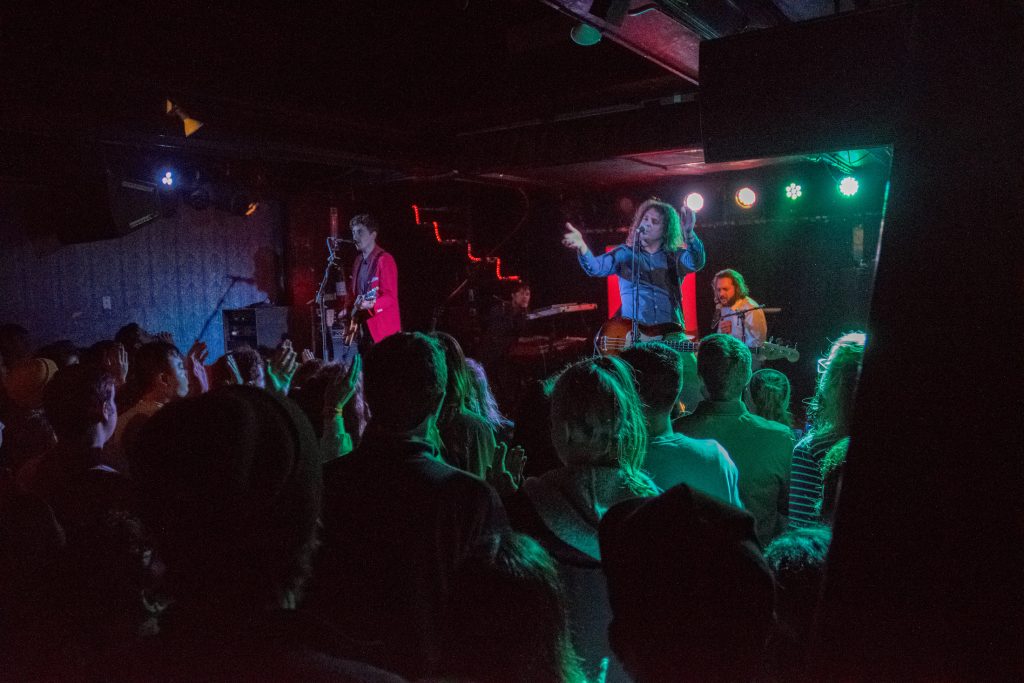 After playing a few more songs, including “Ocean’s Deep,” and closing with “Miss You,” the band came back out with Little Junior for the last encore of the tour. Listening to the final song, “Working Together,” I was transported back to the Edward Sharpe and the Magnetic Zeroes show I saw in 2016. It felt like church – the whole crowd was singing together with passion, shouting lyrics that they had lived by and jammed to for years.

With a fan base spanning 10 years, undoubtedly people there had grown up with Born Ruffians’ songs. It was an uplifting, calming experience that reminded me of the staying power of music, and proved just how essential music is to happiness and growing up.