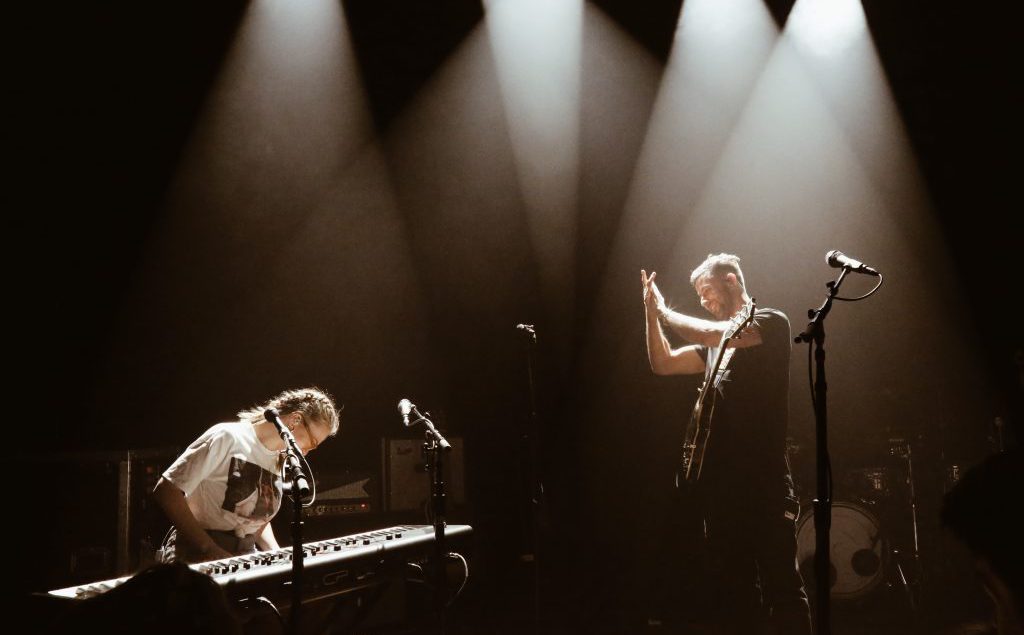 One could compare Northampton crooner Bruno Major to Drake, in the sense that both artists “started from the bottom.” Before getting signed, Major sang covers at Italian restaurants for money. After being dropped by his first label in 2014, he could only afford to tour around in a van. Standing onstage in front of a sold-out Lincoln Hall, he mused about his humble beginnings and expressed gratitude that this time around, he had his own tour bus. The new music Major debuted from his upcoming album represented a sharp pivot from his first project, A Song for Every Moon. While A Song for Every Moon consisted primarily of sad-boy slow jams, he took a risk on the newer tracks by embracing elements of rock music. 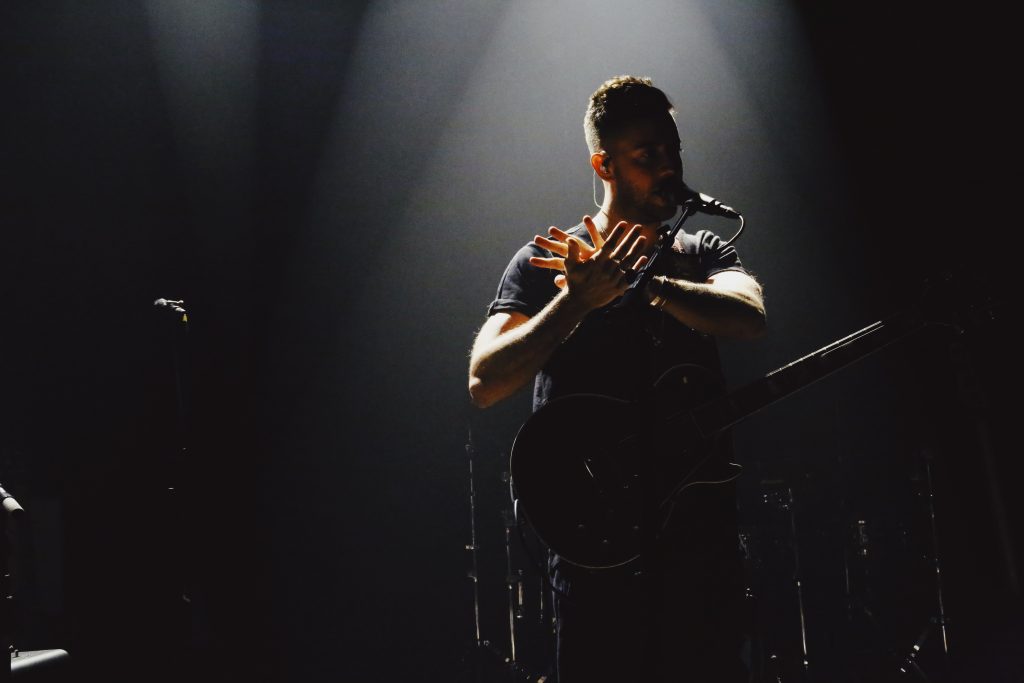 Young lovers were abundant in Saturday’s crowd at Lincoln Hall, which makes sense considering Major specializes in love songs. His labelmate Eloise opened the night to a solid audience with a brief, five-song set. Eloise also hails from across the pond and she connected with Major when her cover of “Second Time” caught his attention. Her warm, authentic demeanor prompted fans to shout out “You’re so cute!” in between songs. Her soothing voice seemed to bounce over the guitar and her lyrics painted dainty pictures of her surroundings and told stories of love lost and love found. Her first song, the jazzy, unreleased “Subside,” sounded vocally similar to Madeleine Peyroux and Corinne Bailey Rae. A few devout fans even sang the backup vocals when she played “You Dear,” which made her elated. Eloise may have entered Lincoln Hall a relative unknown, but she left with hundreds of new fans eager for her to release more music. 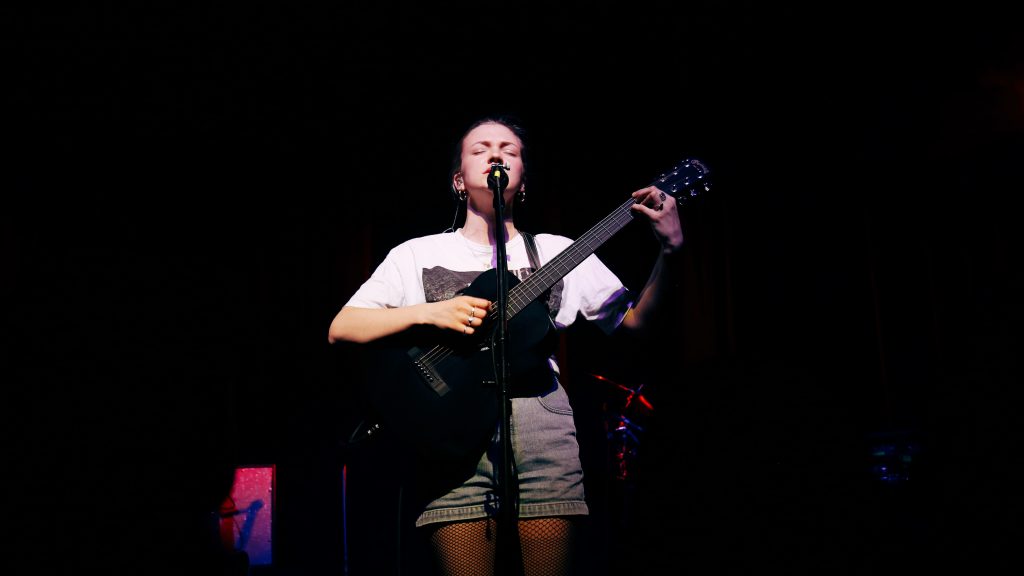 Bruno Major’s set started off typically. His first two songs evoked the slow-burning feeling that he is known for. Until something changed. In the middle of the coffee shop-type track “Like Someone in Love,” he launched into an electric guitar solo, ramping up to rock concert levels of intensity as the bass elevated and the drums thundered. For a few minutes, he seemed to transform into Slash but seemingly as soon as the high-octane interlude began, he made the seamless transition back into the song’s down-tempo chorus.

One can tell how meticulous Major is during a performance. His plucking of the guitar resembled someone delicately making a finger painting. His intense facial expressions ranged from serious concentration during his low-key guitar solos to open-mouthed intensity on the more rock-influenced moments. He had such command of the audience that when he launched into “Places We Won’t Walk,” the crowd gasped from excitement. The slow, sad song which could tug on the heartstrings of a robot featured a disco ball, couples swaying to the hypnotic rhythm and a whispered “thank you” at the end.

After playing his hit “Easily,” Major treated the audience to a tongue-in-cheek “encore,” where he said with sarcastic charm: “I’m going to leave [the stage] anyway because I have a massive ego and I want you to cheer for me.” To bring the Drake comparison full-circle, he closed the night with a cover of Drake’s “Hold On, We’re Going Home.” 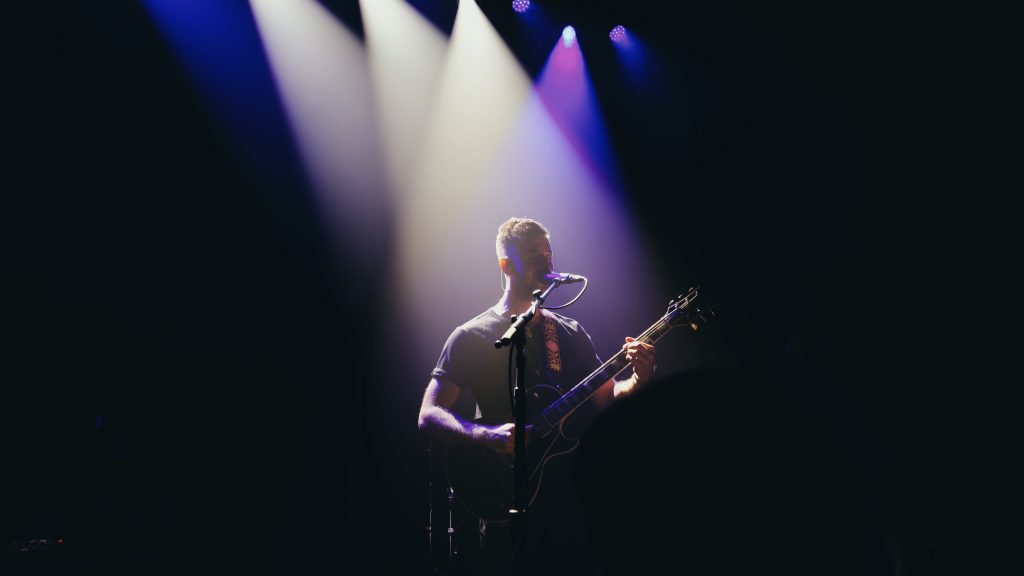 One song to keep an eye out for on Major’s upcoming project is “Nothing,” where his knack for heartwarming lyrics shines through. With precious lines like “We’ll play Nintendo, though I always lose. Cause you’ll watch the TV while I’m watching you,” the audience was won over from the beginning, despite having never heard the song before.

Both Eloise and Bruno Major treated the Lincoln Hall crowd to a jazz-infused, lovey-dovey night this Saturday. Make sure to keep an eye on both artists, as both will be releasing new music this summer.