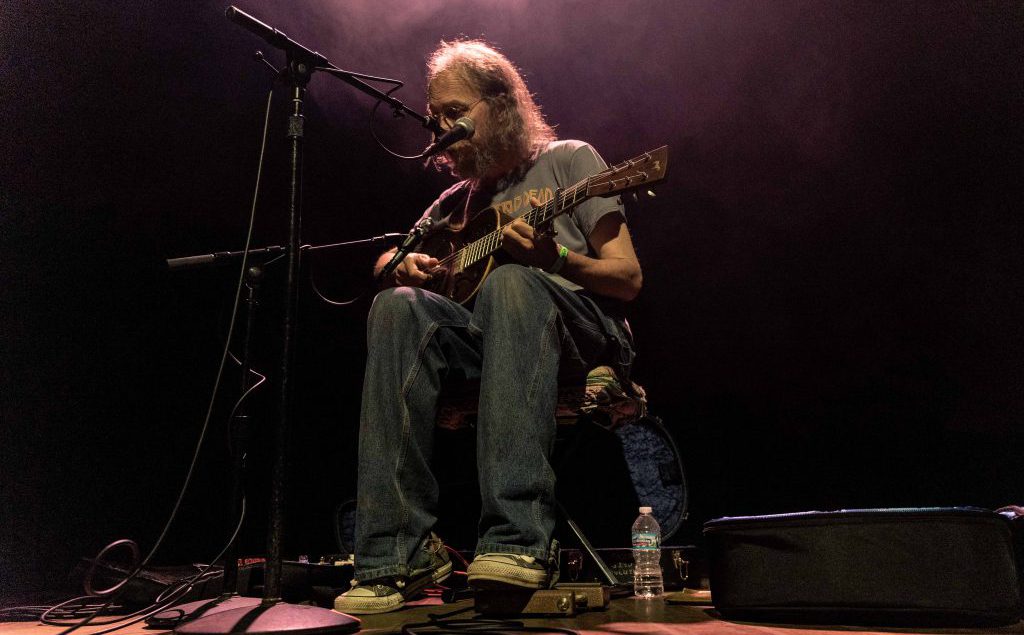 Thursday night at Lincoln Hall was set to be a big one. I was the first person to arrive, and I watched the crowd filter in from my perch by the streetside windows. After some waiting around, a disheveled looking Charlie Parr came ambling out into the bar, having just finished sound check. I managed to catch a quick interview with him, which you can read here if so inclined.

Just after 8pm, Phil Cook took the stage to open. Finally touring with Charlie after 20 long years of friendship, he proclaimed, “this shit better be worth the wait!” Phil, who plays guitar and banjo in the psychedelic freak-folk band Megafaun, was alone on stage. He belted out folky, soulful tunes backed by red-hot, blues influenced slide guitar. His lyrics projecting cheerful rays of sunshine to the ever-growing crowd. 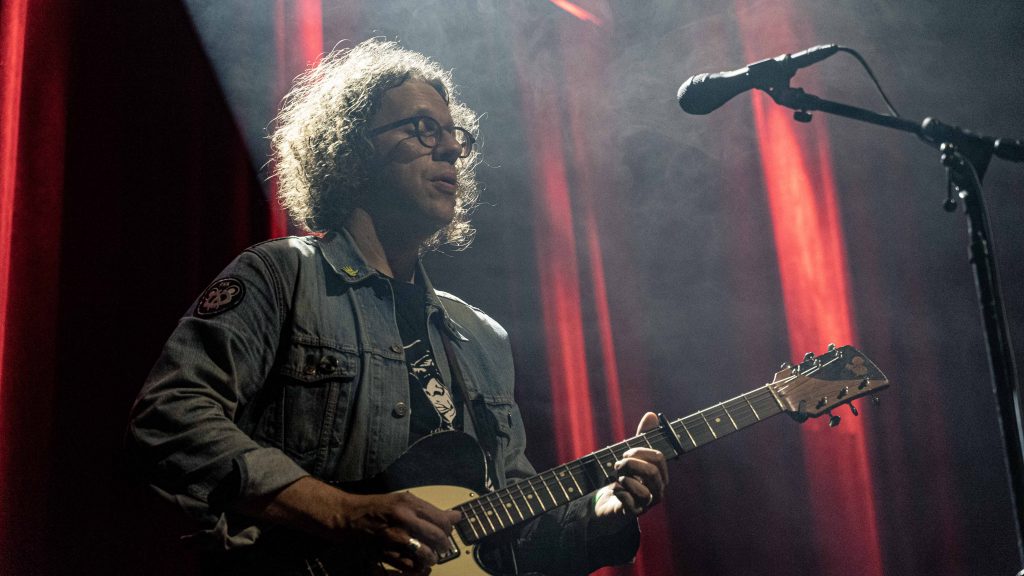 Phil talked a lot. He talked about New Orleans as America’s cultural mecca, spent the previous night with all-time great soul singer Mavis Staples for her 80th birthday, and about his tendency to randomly break out in an English accent—something his British friends can’t stand. He talked about talking a lot. He was quite funny, really, and the crowd seemed to enjoy his comedic ramblings as much as I did.

He also talked, a bit more seriously, about the upcoming release of a solo instrumental album, made over the past 10 years. The record, he said, will include “live stuff, iPhone recordings, old stuff, rarities, et cetera.” This album is set to be released Monday, May 20, 2019, and will definitely be worth a listen. He closed his set with two soulful, New Orleans style tributes, and left the stage smiling as always.

After maybe five minutes of setup, and then a few more of general shuffling about, Charlie Parr took his seat center stage, confronted by two condenser microphones and flanked by two resonator guitars. He gave a shy hello and dove straight in to his feral brand of new/old blues. After bathing the crowd in aggressive, swooping slide guitar work and crooning out his miserable quasi-memoirs, Charlie settled down and started to open up a bit. He started chatting with the crowd. One guy, in particular, was happy to lend a hand in leading the conversation. 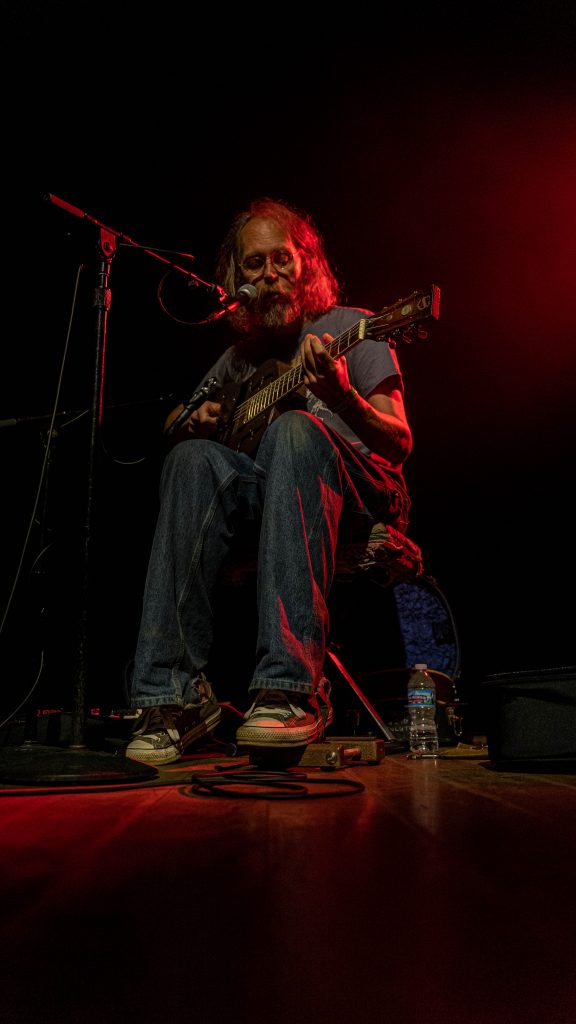 “Where ya coming from, Charlie?”

“Duluth,” he replied. Proustian and vast felt the word. What did it mean?

“Been in traffic all day,” he followed, after a lengthy pause.

With that, Chatterbox Charlie leapt back into his set, playing some of my personal favorites including “Cheap Wine” and “Bonneville” along with a new song I didn’t recognize. Charlie himself was the protagonist in an upbeat and fast-moving story about himself and his friend Ed accidentally stealing a sailboat—a story he claims to be true. Maybe we can expect to see that one on his upcoming album with Red House Records, due to be released in late August of this year.

Charlie brought Phil back out on stage for a good portion of his set, hopefully assuaging Phil’s lament of not having toured together before. They played through some more personal favorites, and didn’t hesitate to drag out certain sections, improvising and seemingly having a blast together. The chemistry was evident. Once, while Phil was trying to decide which song to play next, (Charlie doesn’t write out set lists) the pause got uncomfortably long. “Phil, they can see us. They’re right there!” Charlie joked, pointing out to the crowd. The duet blasted through “Coffee’s Gone Cold,” “Jubilee,” “1922,” “Jesus is a Hobo,” and “Over the Red Cedar” to name a few.

Before closing his set, Charlie left us with one more story about his touring with the fairly well-known Americana/Roots group Mandolin Orange. Charlie had been driving his Kia ahead of MO’s tour bus. Noticing he had pulled ahead by a decent margin, he stopped in middle-of-nowhere Alabama to wash the three shirts he had packed in a Flying J bathroom sink. While hanging his shirts to dry on a bush, a local spotted his Minnesota plates and figured Charlie was the perfect partner for a conversation about Bigfoot. This guy had a crackpot theory that the government is farming Bigfeet and harvesting their invisible fur to use in the production of invisibility suits for military application. The stranger proceeded to show him blurry and nondescript photos and videos of the woods (and supposed Bigfeet) on his Android phone. Sidestepping the numerous red-flags raised here, the conversation went on; introvert-Charlie smiled and nodded, wishing he were anywhere else. Suddenly the man stood bolt upright. “Wait a minute! Shhh!” he ordered, before taking off into the woods at full speed, camera phone in hand and at the ready. Charlie took the opportunity to crank his Kia and jet–literally leaving his shirts out to dry. With a sigh, he decided it wasn’t worth looping back for them and resigned to wear the shirt he was wearing at the time for the rest of the month-long tour. Just another day in the life.

This show at Lincoln Hall was the first stop on an eighteen-show tour for Charlie— nine of which feature Phil as accompaniment.

Charlie Parr is one of the most interesting human beings I’ve met to date. His life is a series of tragedies, with exciting intermissions that Charlie views, and writes about, through his characteristically bleak lens. To catch a glimpse of Charlie’s crazy life and wizened worldview, click the link here to read my brief pre-show interview.