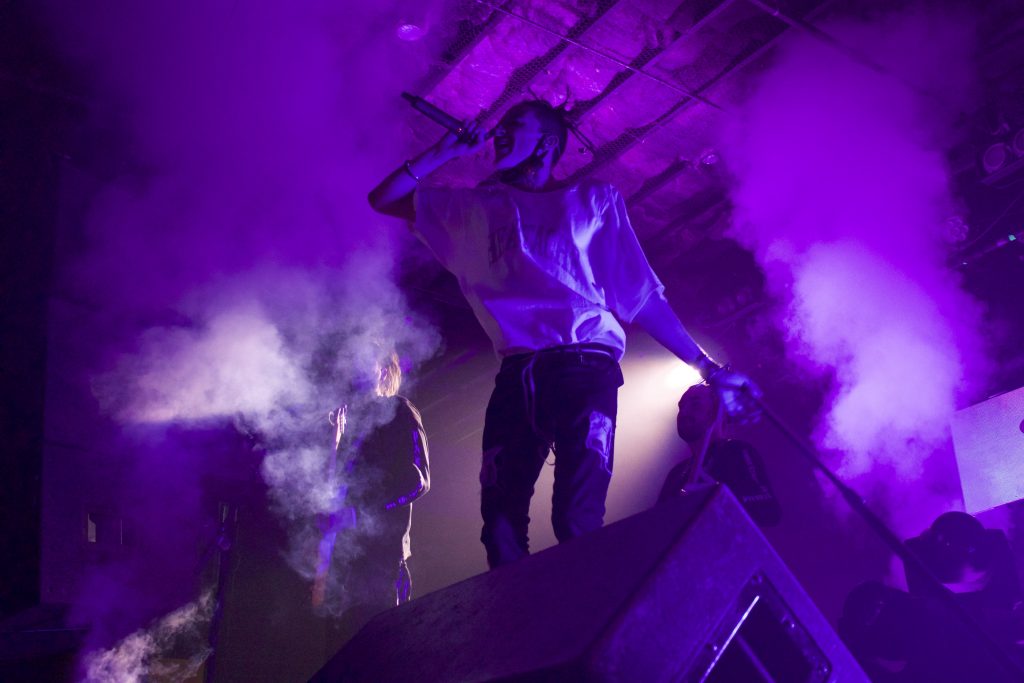 On a freezing Tuesday night, Chase Atlantic completely blew up the Bottom Lounge with an amazing performance. Even with a slipped disk in his back, singer Mitchel Cave delivered a fast paced, high energy set.

Chase Atlantic is a band from Australia, made up of brothers Mitchel and Clinton Cave along with their long-time best friend Christian Anthony. Their music is a tasteful mix of R&B, pop and rock. Songs with catchy beats backed by Clinton’s saxophone make up their discography. After their set, I immediately knew why three girls I met traveled all the way from Georgia to see three of their shows. 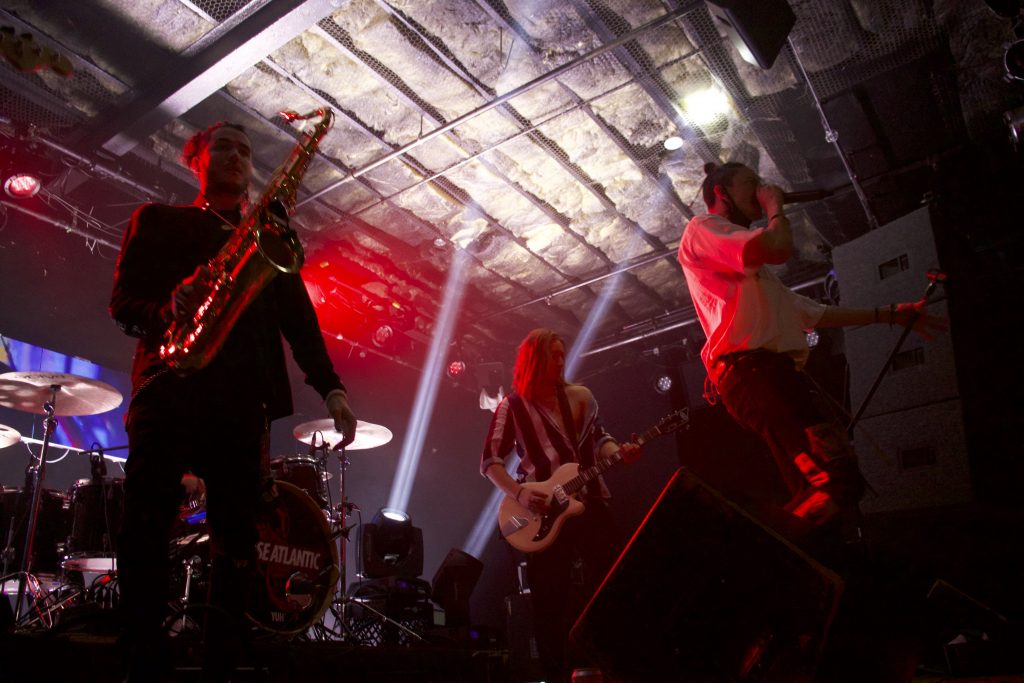 The show started off with first opener, R I L E Y, whose songs were mellow hip-hop/r&b beats. For an opener, the crowd was super engaged and interactive.

Then followed Cherry Pools, whose punk rock style contrasted to their very pop-like sound. The lead singer had dark blue hair, chain necklaces and a spiked choker, wearing funky green glasses and a fuzzy jacket that he eventually shed. The guitarist was wearing a crop top and tight black jeans. I unfortunately could not see the drummer from where I was standing. At one point, the band played a fun cover of Michael Jackson’s “The Way You Make Me Feel.” Their overall set was very fun with catchy songs and great stage energy. 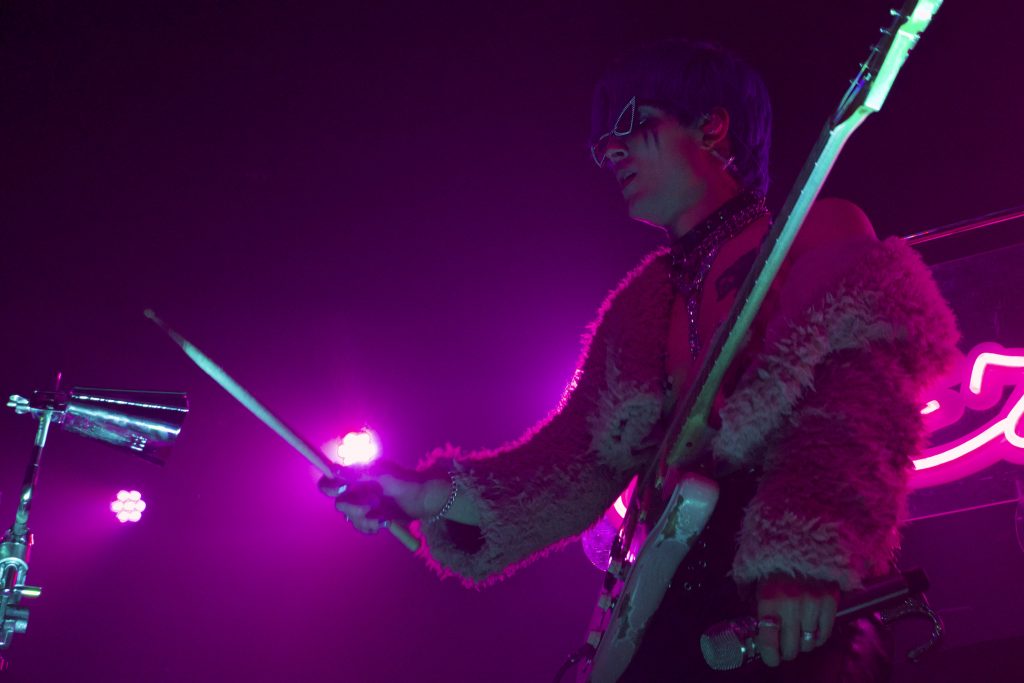 Then Chase Atlantic came and completely transformed the stage. They started with “Swim,” jumping around and hyping up the crowd with smoke machines bursting at the crescendos of the song. Although their music is mostly about girls, drugs and money (with a song literally named “Drugs and Money”), their songs are catchy and feel very deeply emotional. I fell in love with Chase Atlantic when I saw them live at Warped Tour this past summer. Their stage presence and energy transformed their music into an amazing rock experience, and I knew I had to watch out for them. Clinton’s sax solos and the band’s r&b beats take their music to a different place I haven’t heard rock music go before. 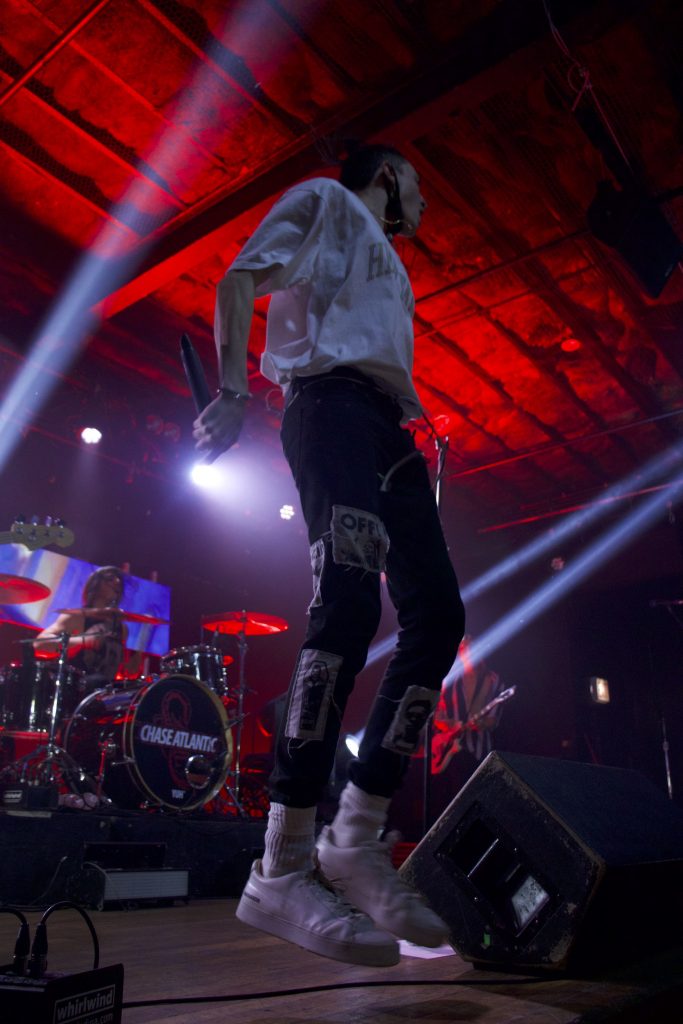 The guys played many popular songs from their recent album, Chase Atlantic (Except for “Cassie,” unfortunately). At one point, the band left the stage for a quick “break” and then played their new unreleased song, “Devilish.” One of my favorite parts of the show, however, was when Mitchel sang “Ozone.” Before he started, he remarked the song was special to him and went on to sing it with incredibly raw emotion. The band really knows how to take their audience through a range of emotions. 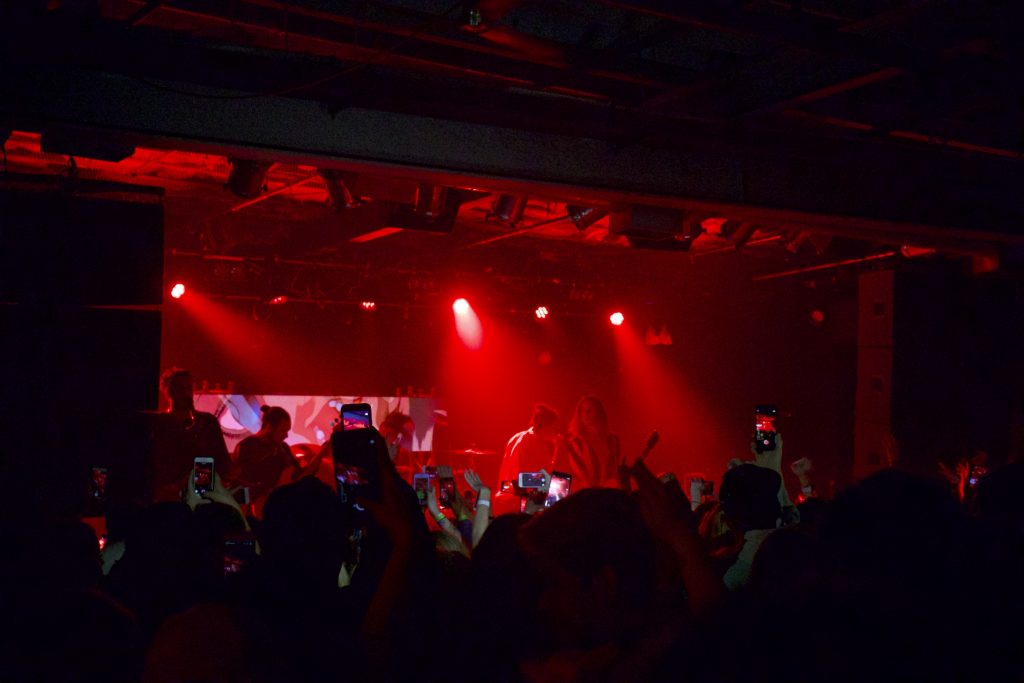 The band’s on-stage chemistry was amazing as well. Christian and Mitchel constantly embraced each other throughout the performance. One girl threw a bra on stage and Christian jokingly picked it up and put it on Mitchel’s head. During “Okay,” their last song, both R I L E Y and Cherry Pools came out on stage to dance.

Even during their slower songs like “Angeline,” Chase Atlantic had the crowd on high energy the entire time. I had a cramp from jumping and dancing so much. During “The Walls,” Mitchel remarked that this might be his favorite show of the tour.

It was definitely one of my favorite shows of all time.