In November of last year, I saw one of my favorite bands, Chase Atlantic, completely transform the Bottom Lounge with their insane energy and amazing musical masterpieces.

On June 15th of 2019, I got to experience them again in a bigger venue with and even crazier crowd of dedicated fans. They. Were. SO. Good.

Chase Atlantic is a band from Australia, made up of brothers Mitchel and Clinton Cave with their long-time best friend Christian Anthony. Their music is a masterful mix of R&B, Pop and Rock. Some songs are high energy, dancy-beats, like “LIKE A ROCKSTAR” while others are slow and deep, like “LOVE IS (NOT) EASY.” Since their last tour, the band has released both an EP, DON’T TRY THIS, and an album, PHASES. Both with the song titles in all caps.

Chase performed at the House of Blues Chicago as part of their North American PHASES tour. The show start time was early- 6PM, so despite my 1-5 General Chemistry lab, first time driving through Chicago, especially in 6 o’clock traffic, an unrelenting bladder, and near empty gas tank, I made it to see Chase Atlantic in time.

Unfortunately, that meant I missed most of Lauren Sanderson. I had heard great things about her, and what little I did see seemed great, so I was super bummed. But such is life.

So I’m standing there, basically shaking, remembering the last time I saw Chase. That show meant so much to me because it was also the first time I wrote and shot something for media team. AND IT WAS FOR MY FAVORITE BAND.

The crowd was so much bigger than it was last time. The House of Blues is an awesome venue, with three tiers of gold lined balconies. It’s nearly a hole in the wall and I couldn’t find it until I asked a grumpy waitress from the restaurant below, probably annoyed at being asked the same question all the time.

As I waited in the photo pit, I took note of how much more elaborate their setup was from last time, with their robot album cover on a large sheet on the back and three separate screens. I laughed as the stagehands set up White Claws on the stage.

With the anticipation all built up, a sign that warned of epilepsy flashed on one of the screens. And once their drummer began the intro and a million strobe lights were flashing all over the place, even I thought I would have a seizure. But it was pretty cool.

I really did not think it would be possible for them to give any more energy than they did last time, but they managed it with Mitch jumping and flinging his arms around all over the stage, Kras moving around and standing on top of all the raised platforms, and Clinton absolutely killing the sax.

They started out with a mixture of songs from the new album and old, opening with “ANGELS,” then throwing it back to “The Walls,” and way back to “Friends.” My favorite was, “STUCKINMYBRAIN,” a catchy bop about that… will get stuck in your brain.

Every song was accompanied by CO2 jets that filled the air with smoke and make the song drops even more impactful.

To give you an idea of how good these guys are live, I admit that after the last show, I became a ….“stan” if you will, and watched hours of their interviews and followed so many twitter accounts. It was scary. But they’re amazing so I’ll admit it.

My favorite part, and probably everyone else’s too, is Mitch and Kras’ sweet bromance. Throughout the show they would put their arms around each other and play and it was just too TOO cute!!!

Just like their other show, they stopped for an intermission where they played heavy beats and showed looping visuals on the screen. When the intermission ended, Mitch appeared on one of the balconies above in the crowd and started “Swim,” a banger from their old album.

But the best best part of a Chase Atlantic show is the emotion all of the boys play with. You can hear it in their playing and see it on their faces. 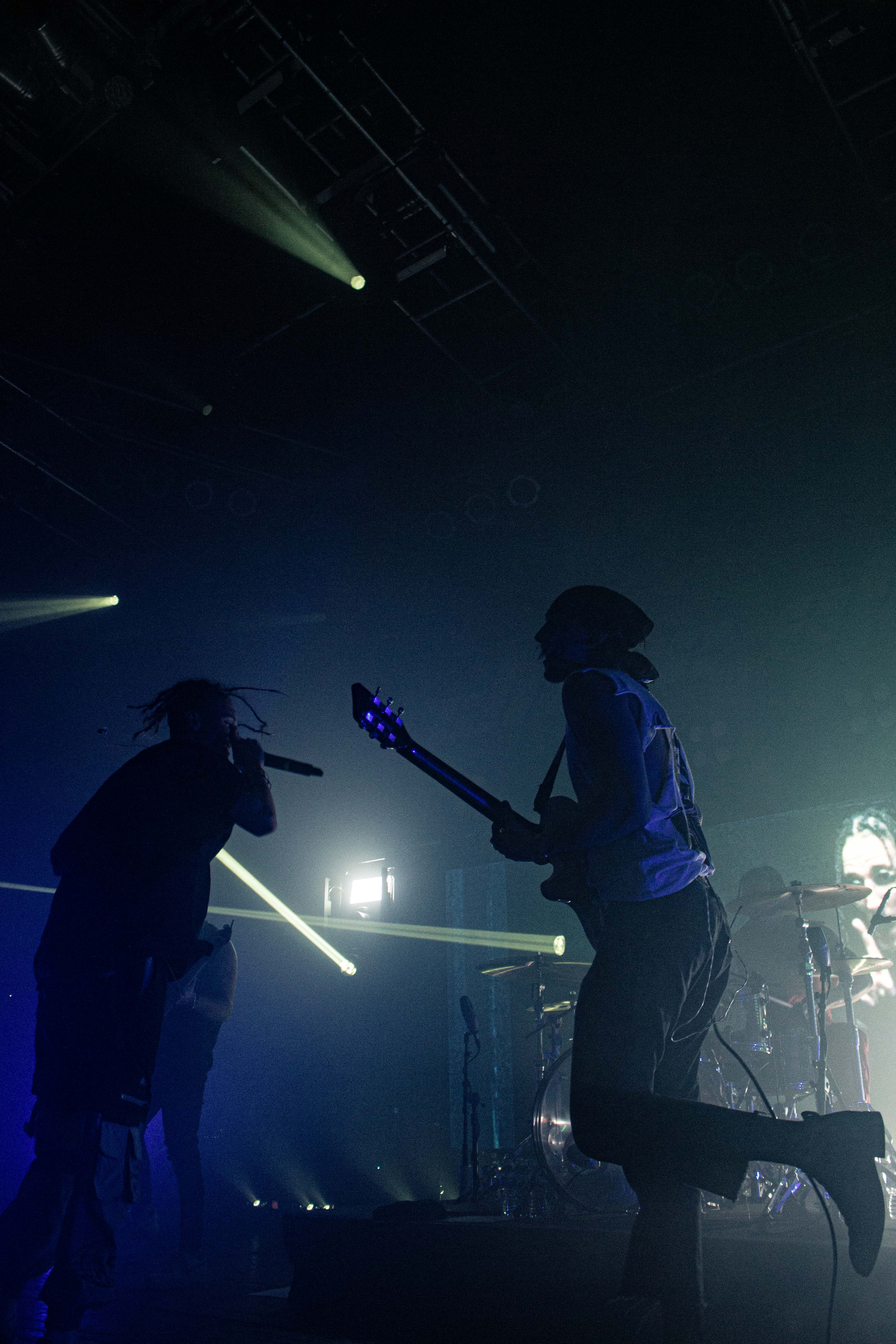 When they played, “LOVE IS (NOT) EASY,” my favorite song off the new album, I may have cried a teeny weeny little bit.

Mitch’s voice is perfectly suited for the music they play, able to carry tunes characteristic of R&B music, but also holding the fast paced strength of Rock artists.

When they said, “Boy, love isn’t easy it’s heartache/Boy, see everyone leaves and your heart breaks/I’m so done with love/’Cause like tears in the rain, it means nothing/Don’t fall in love/’Cause love means nothing”… I felt that.

Next, I lost myself to Clinton’s perfect sax solo in “HEAVEN AND BACK.” Then I lost my mind, and my hearing, to “LIKE A ROCKSTAR,” the absolute best song to jam to in the car ever. Not to be dramatic… but their music pierces your SOUL.

Mitch dedicated “UNCOMFORTABLE” to those with depression and anxiety, calling to his own struggles with them and drugs. At the end, he brought Lauren Sanderson out. The band obviously didn’t want to leave, with a 10 minute outro of mitch screaming “OH YEAH,” and so much smoke being blown out the smoke machines that the air was a thick white cloud.

In conclusion, if Chase Atlantic is ever in your town, go see them. There is a reason I’ve seen them three times and will continue to whenever I can.