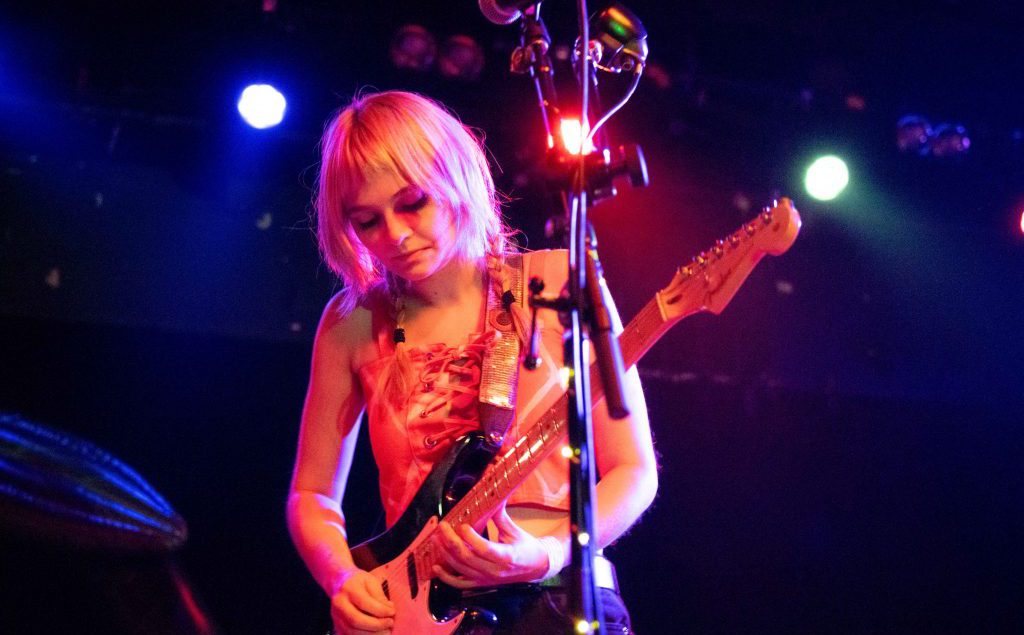 Last Saturday night, Palehound warmed up the stage. Or rather, they blasted the radiator too high, producing not quite the desired temperature. They seemed a bit high school-esque in their bright pink and yellow dress up, banging their heads to every noisy note. It sounded like they were sampling that stereotypical sound from Rockband, and it looked like that’s where drummer Jesse Weiss drew from for his all-too-predictable smashing solo. I definitely respected their passion and excitement on stage — isn’t that a huge part of rock music? — but I felt it was just a little too over the top in a cliche GarageBand way. 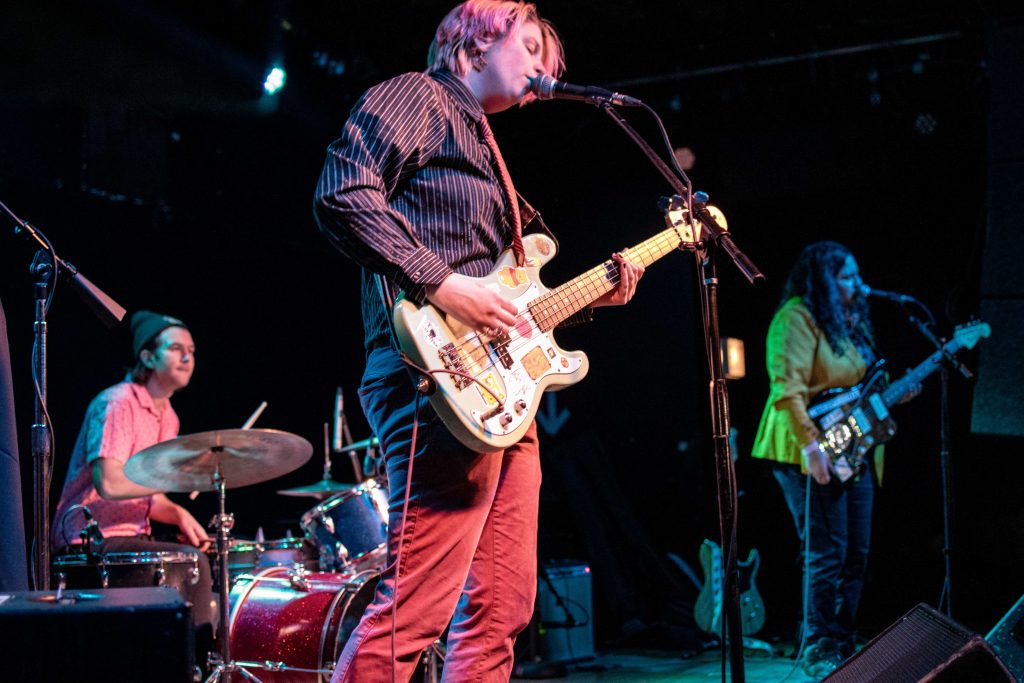 But as soon as I saw giant inflatable cherries being dragged to the stage, I knew I was in for a treat. I had only listened to a few of Cherry Glazerr’s songs prior to this show, but I heard someone behind me describe their style as “grunge pop,” and I haven’t found a better way to label them since.

Lead vocalist Clementine Creevy’s energy was electric and just plain wild. I hadn’t realized I’d been waiting for someone to throw up their arms and scream CHICAGO since I moved here, but when Clementine did just that, everyone in the audience came to life. 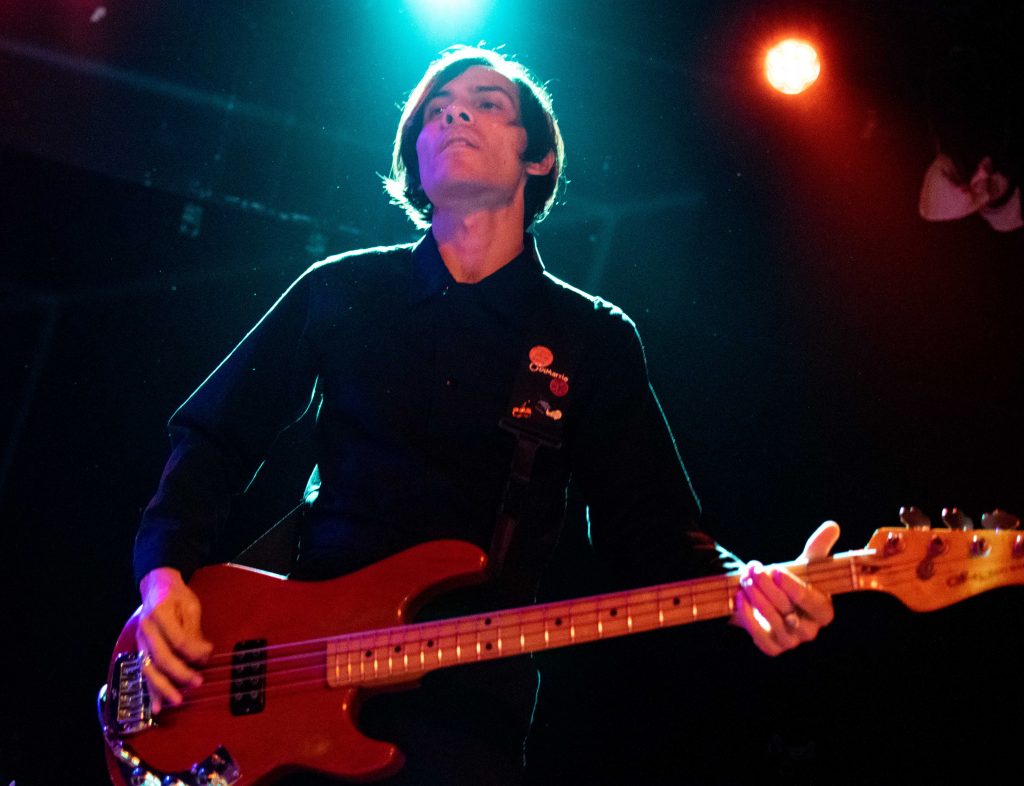 By the time she growled during the second song of the night, “Had Ten Dollaz,” the crowd was livid. One song after another, from “Nurse Ratched” to “Juicy Socks,” Cherry Glazerr — but more specifically Clementine Creevy — became more and more eccentric, hopping across the stage and tweaking her face with every stroke of her guitar.

While a preliminary mosh pit began pretty early on during the performance of “White’s Not My Color This Evening,” mosh pit 2.0 — set off by the newly released song “Daddi” — sent the security guards pushing through to the center. That seemed to hush the crowd for a total of 20 seconds before the electricity from the stage sent the audience into unpredictable movements yet again. 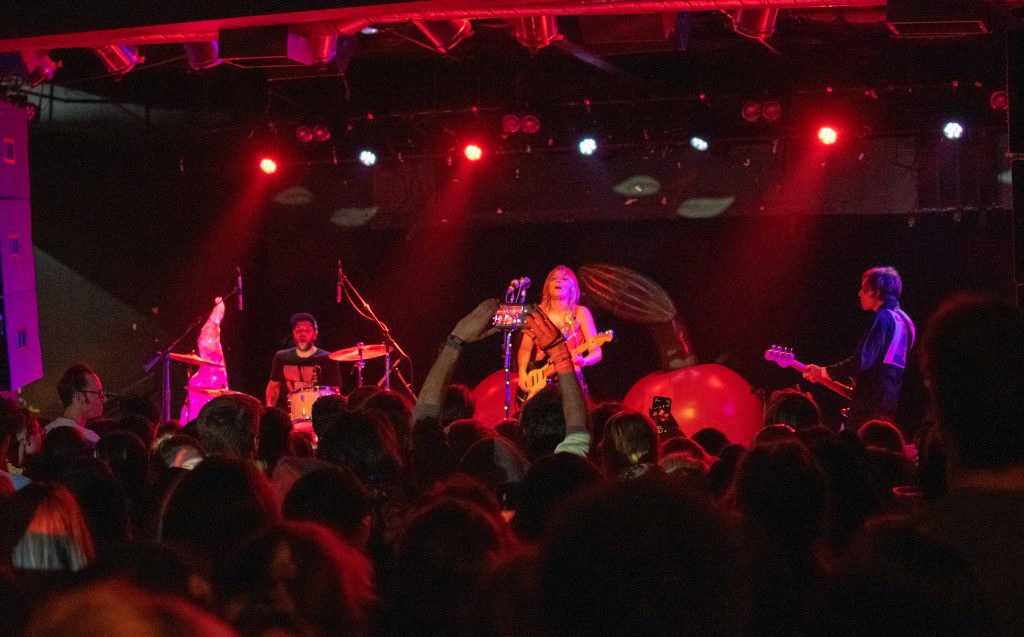 As Cherry Glazerr played one song after another, mixing songs from their less-than-a-month-old album Stuffed & Ready with older songs (which helped pick out the diehard fans in the crowd), the animation and commotion exuding from the stage and bouncing through the audience escalated steadily. The energy fueled by the crowd’s pleas for an encore sent Clementine crawling off the stage and into the crowd with every jerky, twitching movement. 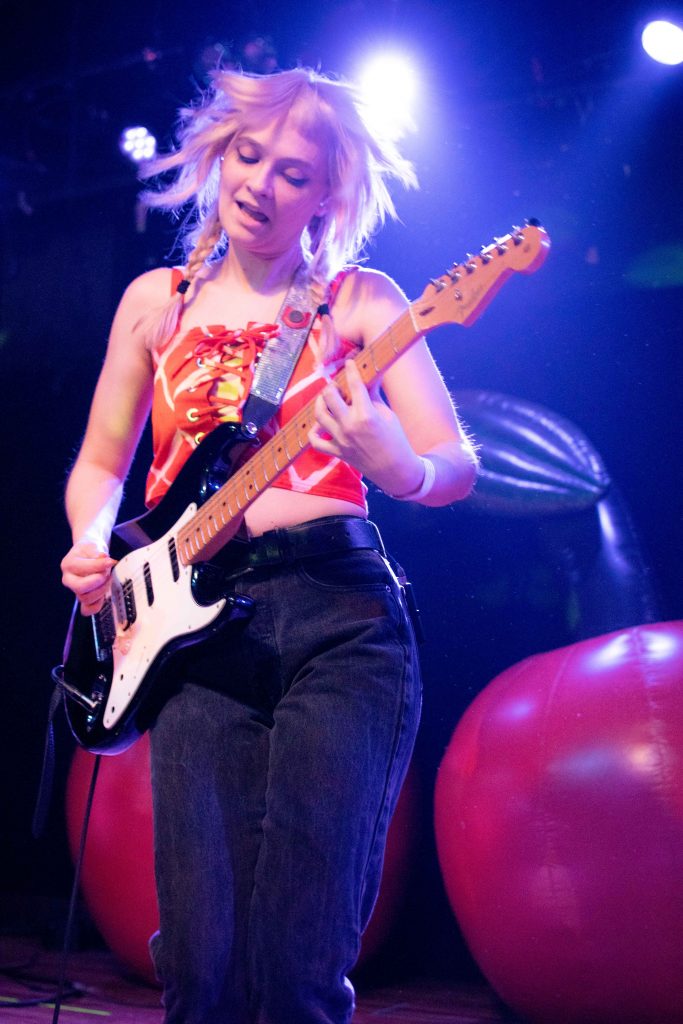 By the end of the show, sweat dripped from both the band members and the screamed-out crowd. And after their last encore song “Told You I’d Be With The Guys,” Cherry Glazerr retired from the stage, leaving the vibrant energy stagnant in the air.