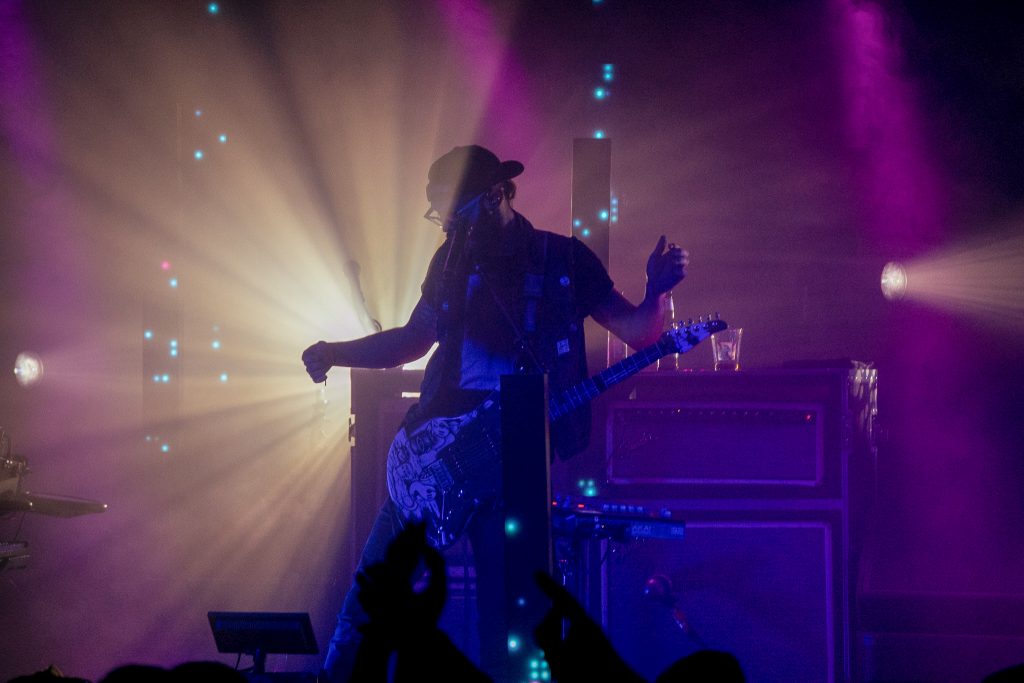 Last Friday night was smiles all around.

Cherub, a duo comprised of Jason and Jordan, took over Concord Music Hall for a show that was fun, carefree and very on-brand. The pair hasn’t put out an album since 2016’s Bleed Gold, Piss Excellence, their second LP, but has released a series of singles this year. Their funk-based electronic sound has roots in jazz and pop, earning them countless festival runs and collaborations with Big Gigantic, GRiZ and the like. Their shows are welcoming to anyone and everyone – although I wouldn’t exactly take my mom. 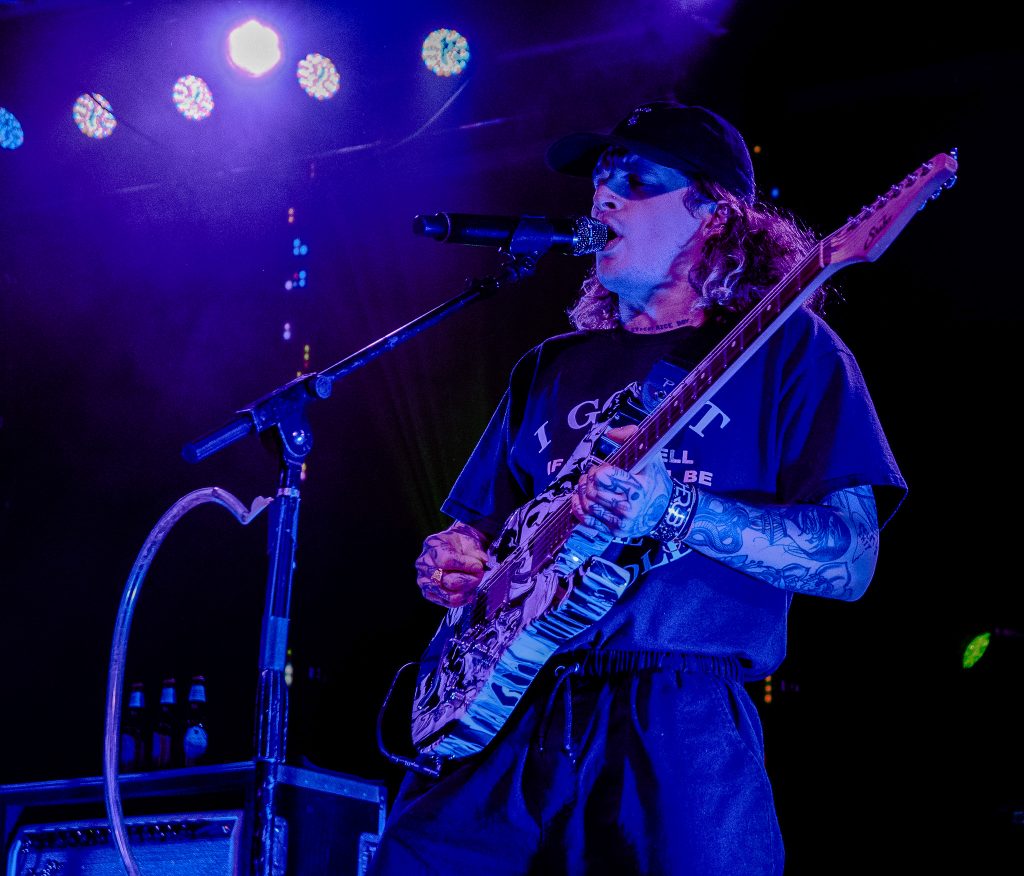 The night began with “XOXO,” a track about a “dirty bird” of an ex that’s my personal favorite from their 2013 EP MoM & DaD. Next was “All In,” a recent release. “Monogamy,” also from M&D, brought us back in time. Just as Jason promised from the set’s start, there was a balanced mix of “old shit and new shit.” Highlights included “Freaky Me, Freaky You,” “<3,” “Chocolate Strawberries,” and “Disco Shit,” from Year of the Caprese, their debut 2014 album. We also heard “So What” and “Dancin’ Shoes,” part of the softer, voice filter-heavy sound the duo’s been exploring this year. There was a small moment then when the energy level died – but just a bit – most likely due to the crowd’s unfamiliarity with the group’s new stuff, but Cherub bounced right back with “Do I (Where We Are).” 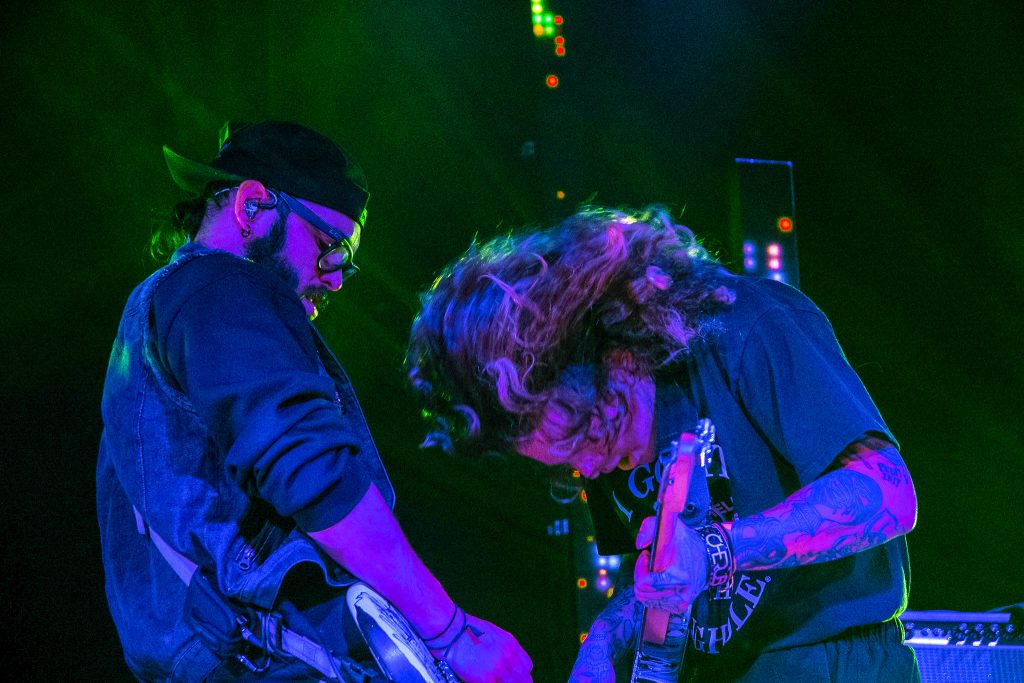 After some frustrating technical difficulties, the show closed out with the smash hit “Doses & Mimosas.” It’s a song known by festival wooks and frat bros alike and the audience knew every word. Crowd surfers and shoulder riders made their appearance for this track, among the pashminas, hidden dab pens and cocaine bumps that had been ever present. It was a fitting end to a great night, speaking to Cherub’s enduring relevance as musicians. 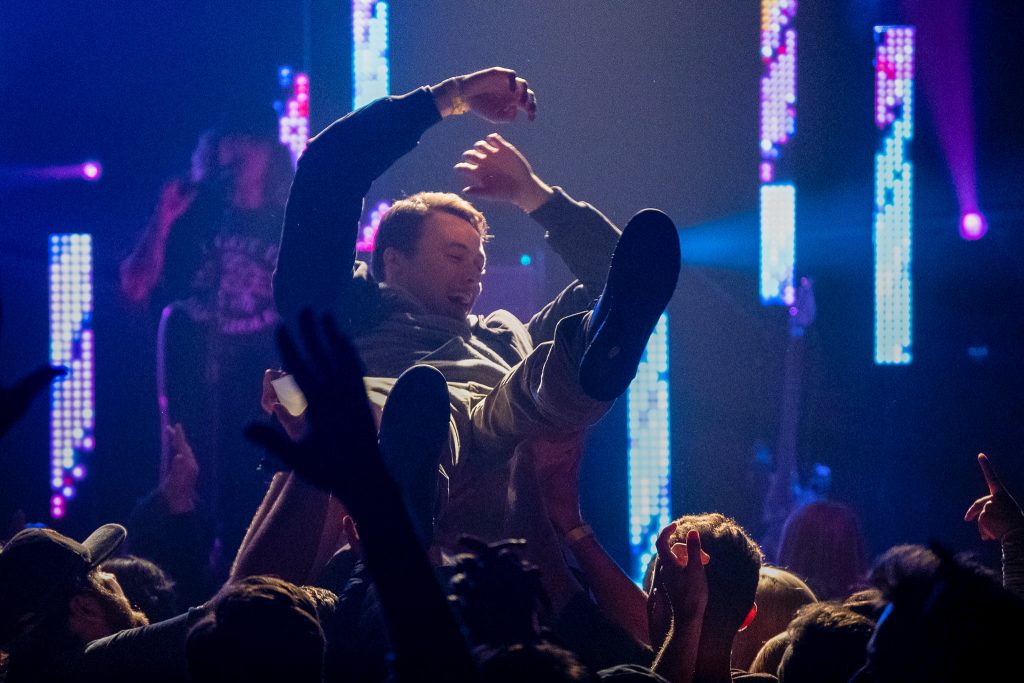 After 10 years of making music together, Cherub has maintained honesty and, even more importantly, integrity. While the extent of their witty lyricism is referring to cocaine as “disco shit,” in their case, that’s not a bad thing. What makes Cherub so special is their ability to give zero shits. They be how they be. For Jason and Jordan, this happens to be tattoo-covered funk musicians who sing about girls, drugs and getting way too fucked up. Their songs state life exactly as it is without the smoke, mirrors and metaphors of today’s trendy music that just tries so damn hard. Instead, their discography is plainly funky, racy, relatable and emotional. I was here for them 5 years ago at my first music festival, when I sang along about doses and mimosas before I’d tried either one. And I’m sure that another 5 from now I’ll be there once again, with a little more life under my belt and (hopefully) just the right amount of recklessness.