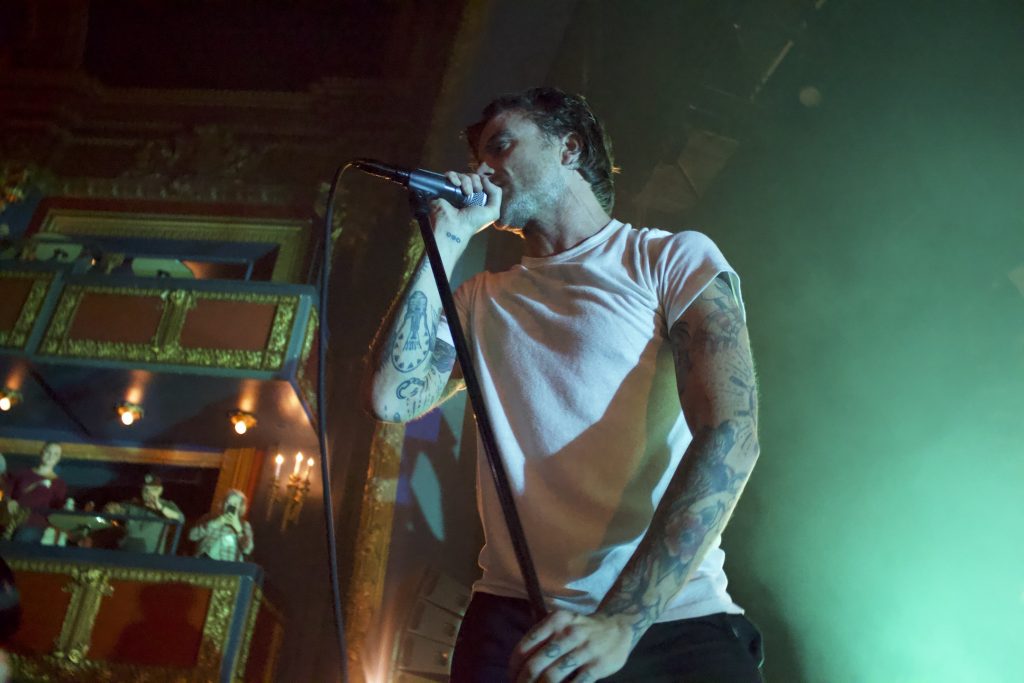 “Let the rhythm take control! Let the music move you!” Anthony Green, lead singer of rock band Circa Survive, shouts into the writhing crowd. His hair drips sweat onto blushing fangirls as he holds the microphone out to let fans sing along. There is no doubt about it: Green is a crowd favorite. From the moment he takes the stage, the energy in Chicago’s Riviera Theatre reaches even to the white-haired and wrinkled woman singing along from the balcony.

But this blustery November evening begins with a slower and more melodic tune than the headliner’s old school emo jams. Queen of Jeans, an almost entirely female outfit excepting the drummer, starts the night out with a six-song set filled with slow, doleful riffs and the ethereal vocals of lead singer Miriam Devora. Her rich voice is reminiscent of “dream pop” singers such as Lana Del Rey and Florence and the Machine, and as her frizzy, waist length brown hair sways to the vintage-style rhythms of the guitars, it’s hard not to be mesmerized. For their finale, they end with their own eerie but soulful take on R&B singer Aaliyah’s song “Are You That Somebody?” as the low, blue lighting and melodious riffs take the audience through an enchanted forest of harmonies. 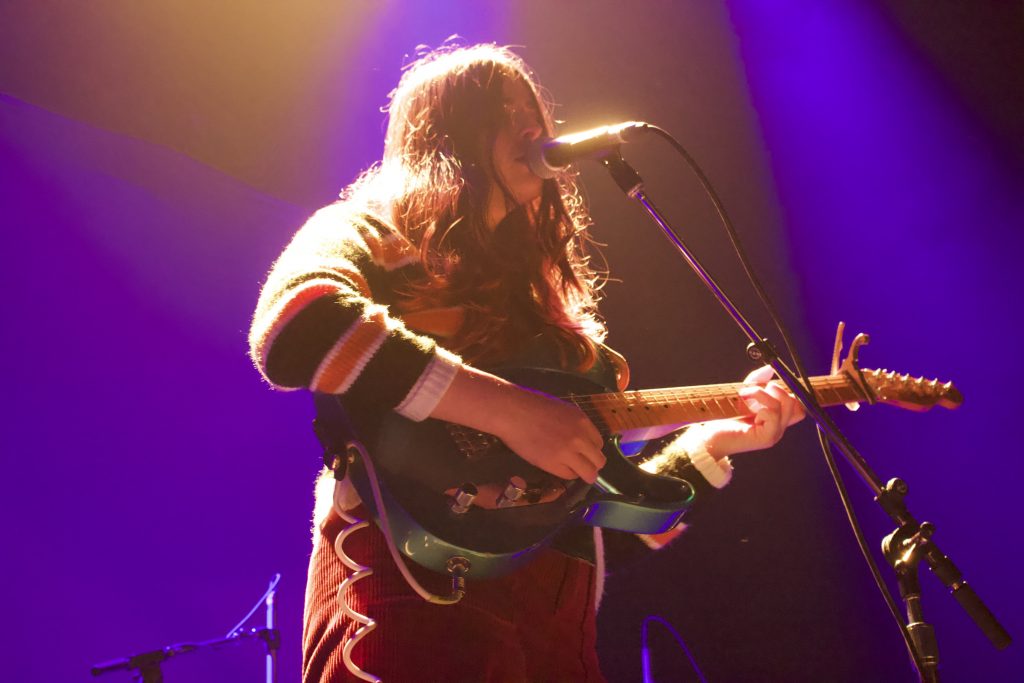 “Hey, the guys said to tell you to be careful for the next set since there is supposed to be a lot of activity at the front.” The scruffy security guard leans in to warn me and a fellow photographer about how “heavy” the next set will be. As a frequenter of death metal shows, I find this hard to believe.

“The last set.” Well, compared to the hippie dream girls of Queen of Jeans, just about anything would be heavier.

Little did I know, fans of the post-hardcore and sometimes spoken word band La Dispute rival even the most devoted of death metal audiences. From the first song to the last, crowd surfers test security’s limits, and I cradle my camera close as lead singer Jordan Dreyer practically flies over my head into the crowd. I have only ever seen a lead singer with that much energy since I attended a While She Sleeps concert, and Dreyer hardly ever stands still. Typical of post-hardcore bands, his vocals are fairly indistinguishable, but La Dispute’s sound can best be described as a very strange bastard child of Twenty-One Pilots (alt-pop) and Counterparts (hardcore punk). However, Dreyer’s energy is a sharp contrast to the rest of the band who stands in the shadows as they play the notes they have to. The bassist even has his back turned to the crowd for most of the show, and the set fizzles out with an incredibly short and unmemorable last song and a rather exhausted looking Dreyer. 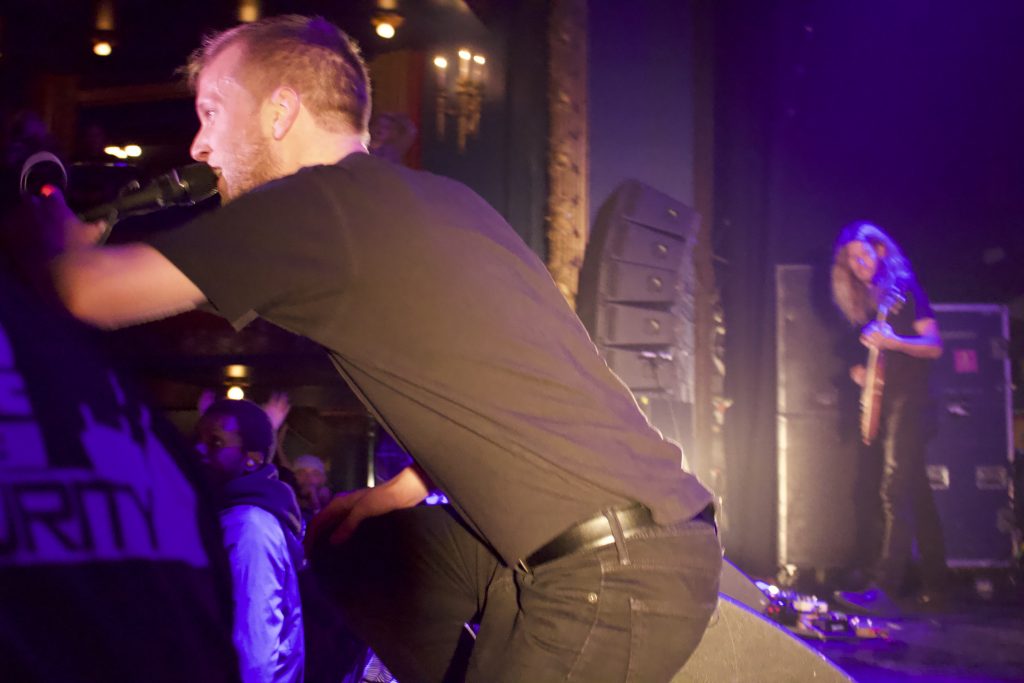 Both openers fly by with relatively short sets, and despite some amazing music and incredible energy neither can compare to the sheer presence that Circa Survive brings to the stage. A great concert should leave fans in the pit with sore vocal cords and covered in sweat, and Circa Survive undoubtedly delivers.

Anyone who listens to old school emo bands like The Used and Taking Back Sunday knows that Circa Survive’s first album Blue Sky Noise brings back all of the middle school feels. Even though the band prioritized their newest albums, once the opening riffs of “Strange Terrain” start to play the audience can hardly be contained. This song is my third and last one in the press pit, and I spend most of it protecting my head and face from crowd surfers’ feet and Anthony Green’s deadly microphone, (which he lassoes out into the crowd at least twice). Even as I get uncomfortably too close to Green’s torso as he sprints over to where I’m shooting and leans out into the crowd, I can’t help but sing along with an enormous smile. 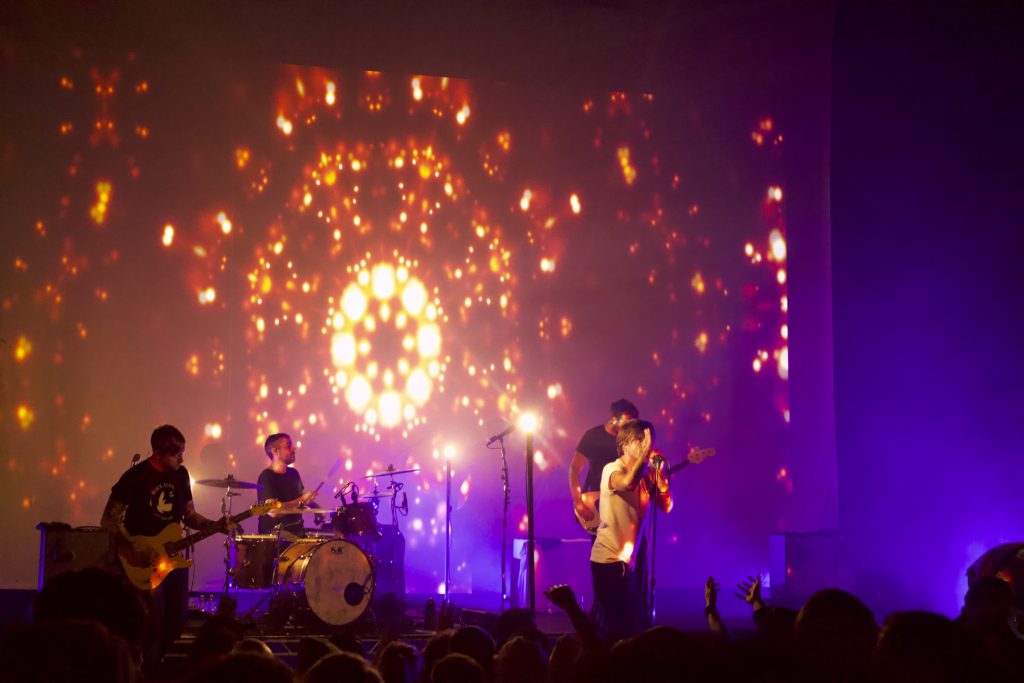 For the slower songs, minimalist and vintage-looking lightbulbs illuminate the band, and for the more upbeat rock ballads, trippy lights spiral away on a backdrop. Throughout it all, Green’s unusually high-pitched voice reverberates across the theatre, and for once you can actually distinctly hear the bass player. Most importantly, there is love. The spray painted word adorns one of the amps, Green spends more time in the crowd holding the hands of fans than actually on stage, and the voices of hundreds of black-clothed outcasts sing in unison: “Only light can get through…”