Collie Buddz started making reggae and dancehall music largely due to his Bermudan upbringing. His 2006 demo release “Come Around” struck a chord worldwide and cemented Buddz as “the next big thing” in the reggae scene. Twelve years later, Buddz, now 35, has had a storied career, releasing five studio albums and collaborating with the likes of Snoop Dogg (during his Snoop Lion phase), Joey Bada$$ and Russ. Wednesday night, the tour for his latest studio album Hybrid stopped at the rowdy Concord Music Hall.

I feel it is important to note that indoor live reggae shows inherently contradict reggae’s laid-back roots. In short, reggae was never meant to be played inside. Traditionally, reggae shows often have a warm atmosphere or a beachy setting to convey the “reggae mood.” To say the least, neither are present in Chicago in November. Giant speakers surrounding the Concord amplified the originally low-key steel drums and percussion, creating a more hardcore rave-type ambiance that would have better suited Galantis than Collie Buddz. The first thing I thought to myself once I entered the Concord was “Wow, it is LOUD in here.” Let’s just say, that applied in more than one sense, stimulating the ears and the nose if you catch my drift.

Reggae singer Keznamdi kicked things off at the Concord. His bright yellow long-sleeve and light blue patched up jeans implicitly told the crowd he wasn’t quite used to the winter weather. Nevertheless, Keznamdi was fired up throughout his 50-minute set, displaying vocals that were equally raspy and passionate. He slow-whined around the stage during dance breaks and even grabbed the hand of a woman in the front row and twirled her around. This prompted one of the best reactions of the night, where a gray-haired white lady tapped her friend on the shoulder and whispered “Wow!”

Two songs stood out from the set of Collie Buddz’s dreadlocked hype-man. On “So Right,” he shouted out “all the independent ladies out there,” with sappy, adorable lines like “Girl yuh love is so supreme / And yuh elevate my being.” Keznamdi won the crowd over for good with a surprise cover of Amy Winehouse’s “Valerie.” He dubbed this cover the “Rasta Remix,” replacing “ginger head” with “dreadlocked head” and “nappy head.” At the end of his set, he relished in the crowd’s love, looking Christlike as he shook fans’ hands from the stage.

Collie Buddz may not have outrageous streaming numbers but a lot of his songs had a familiar feel to them. The universal messaging of the chorus on “Love & Reggae” made it a fan favorite, as couples settled into each other’s arms and swayed side to side to the rhythm of the steel drum. “Bounce It” also carried a sense of familiarity, but it felt more like a club banger.

Buddz made sure to concede some time to his support team onstage. “What a Feeling” ended with a badass drum solo that veered into rock ‘n’ roll. And on “Gimmie Love,” he yielded some time to his primary backup singer, who he referred to as “the beautiful Jessica.” Jessica gave the sappy 2008 deep cut new life with her R&B infused vocals and provided a warm contrast to Buddz throughout.

Later in the set, Collie was midway through a song and brought a guy from the audience up to the stage. The guy, named Shaquille, took the mic from Collie and proceeded to absolutely go IN rapping the second verse. It was unclear whether Shaquille had been planted in the audience, but either way, the man stole the show.

Wednesday’s show presented a duality of views when it came to marijuana use and led to a very interesting juxtaposition. On the one hand, Keznamdi and Collie performed their odes to marijuana as cannabis leaf visuals danced in the background and encouraged the crowd: “Say ganja! Say marijuana! Put up your hand if you love cannabis!” Yet while this was happening, the Concord security guards were on the prowl, tracking down those who decided to light up in the audience.

One particularly poignant example came during Collie Buddz’s performance of “Legal Now,” where it became clear that for the time being, life would not imitate art. As Collie sang “Finally the herb’s legal now,” one guard zeroed in on a repeat offender, a bearded middle-aged man who had clearly sneaked in multiple joints in a pack of Marlboros. The guard snatched a lit joint out of his hand and escorted him off the premises much to the chagrin of the Concord crowd.

Collie Buddz and Keznamdi brought some bops to Concord on a chilly Wednesday evening. Yet, with Illinois marijuana legalization on the horizon, I couldn’t help but think how the dynamic of the show may have changed if it had taken place two months later. Perhaps lines like “Finally, the herb’s legal now” would have taken on a more celebratory feel come January…. 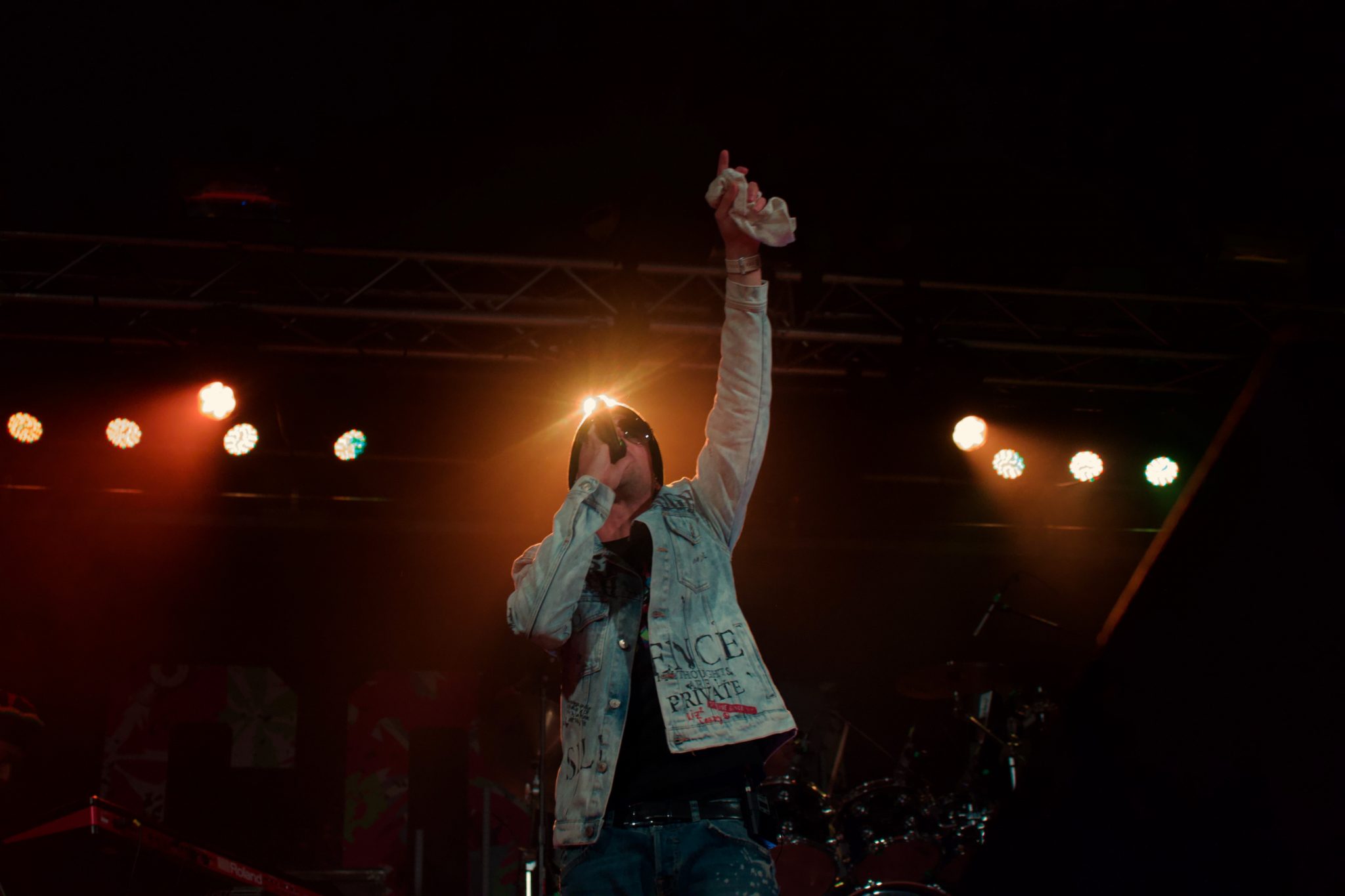