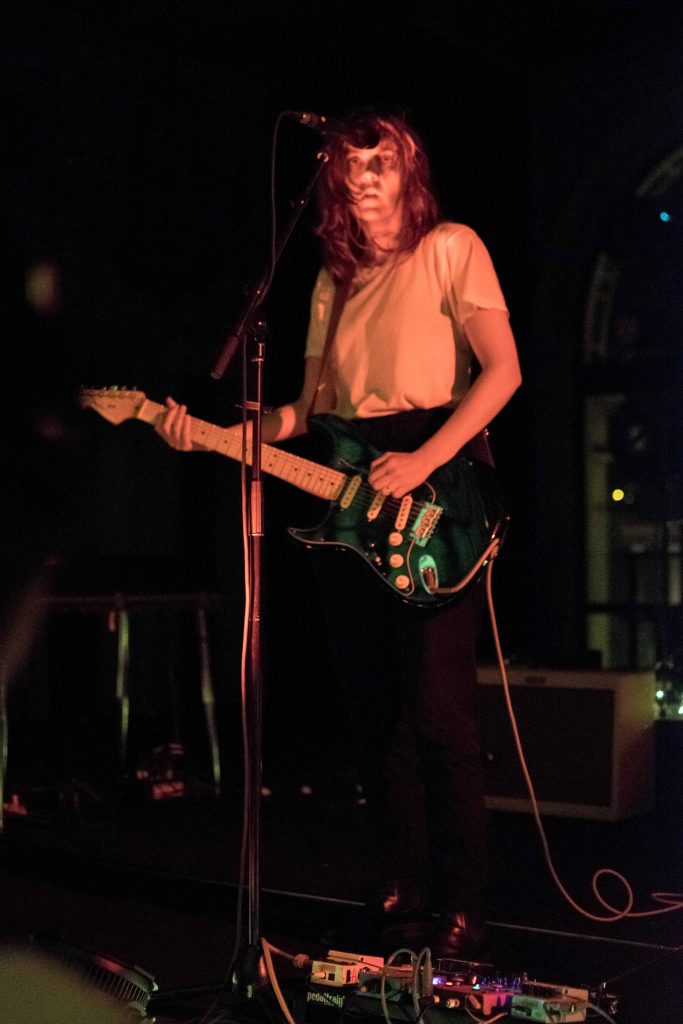 It’s been a busy year for Courtney Barnett. After pumping out three new singles (one with an accompanying music video) in the first half of the year, Barnett released her long-awaited sophomore solo album through Milk! Records on May 18, 2018: just three days before I saw her live. Since April 29th, she’s been touring the US, and she played the last show on the U.S. leg of her months-long tour at Preston Bradley Hall inside the Chicago Cultural Center on May 21 before hopping the pond and kicking off another stint in Europe.

LALA LALA, a Chicago-area band, opened for Courtney, paying tribute to the garage/grunge rock she played with Rapid Transit to start her career. The all-female trio looked the part, sporting pink hair, tattoos, and edgy graphic tees. They played some matter-of-fact grunge rock and bopped around the stage unenthusiastically, mimicking the crowd’s response to their sound. I don’t think that they’re a bad band (in fact, I looked them up after the show and the three albums they have posted to their Bandcamp are decent), but seeing them live on stage, I would have never guessed it. 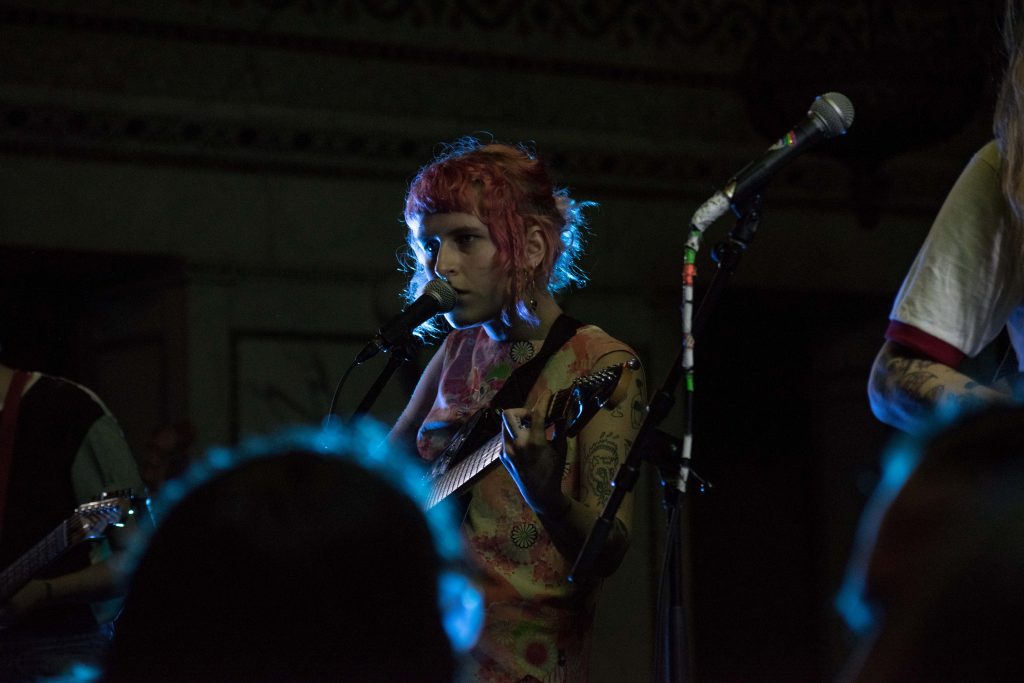 I blame the crowd. Talk about some weird shit. People from all walks of life—from a group of screeching twelve-year-old girls to senior citizens wearing earplugs forty rows back while “resting their eyes” to the fifty-year-old guy in a paisley button-down and loafers who tried to fight me for “taking his spot” at a standing room concert—filled the scenic venue to the brim, and then there they stood. Motionless. After each song, they would scream. Lose their fucking minds, rather. But during the songs they didn’t so much as bob their heads. I’ve literally never seen anything like it and I probably never will again. It would have made an interesting study in human behavioral psychology; I felt like I was standing backwards in an elevator.

The LALA LALA girls picked up on the weird vibes and offered some half-hearted and monotonous gratuitous gestures when they saw fit before leaving the stage. They said things like, “Thanks Chicago,” and, “This is great.” It wasn’t. 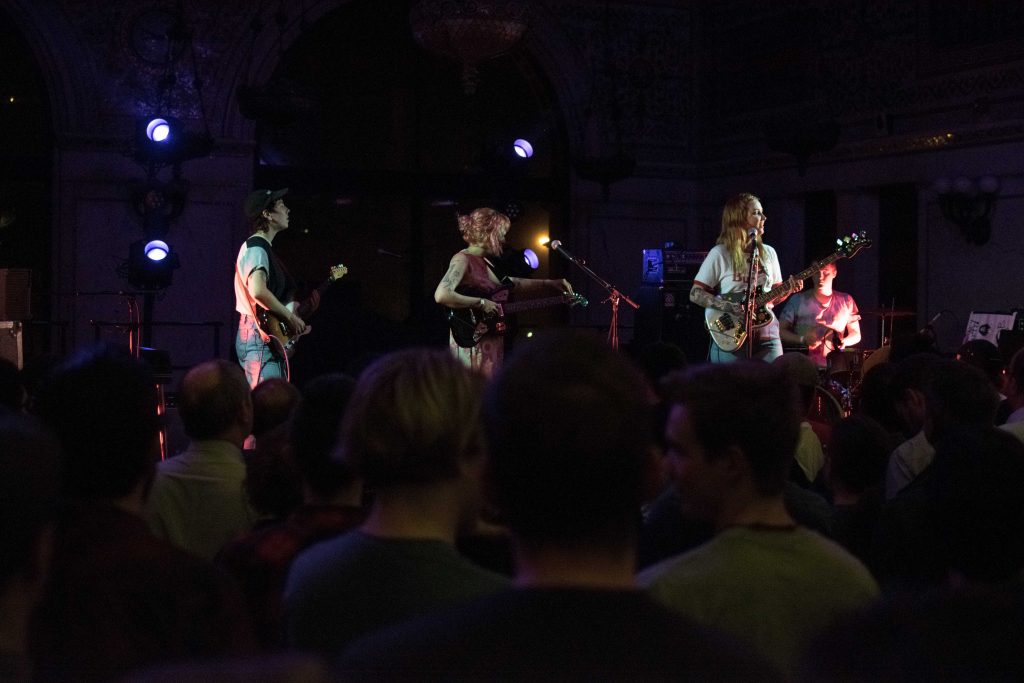 After 30 minutes of mulling around and checking out PBH’s breathtaking stained-glass dome ceiling and chandeliers, the crowd once again showed reluctant signs of life as Barnett took the stage. Now, I like her music. I really do. And I like her new album a lot. In the three days between its release and the show, I probably listened to it five times. But when I go see a musician live, I expect a live performance. Or maybe a good one. I was very disappointed with the show she put on for the Chicago crowd, and I was seemingly the only one.

The Australian leftie played her new album straight through. That was it. Not much pause between the ten songs, and not much variation from the studio versions. She played around with some divey guitar riffs that sounded unfamiliar during one or two of the solos, but for the most part it was a robotic reproduction of the studio album. She didn’t even change the order of the songs. If you liked the album you would have liked the show. I guess. 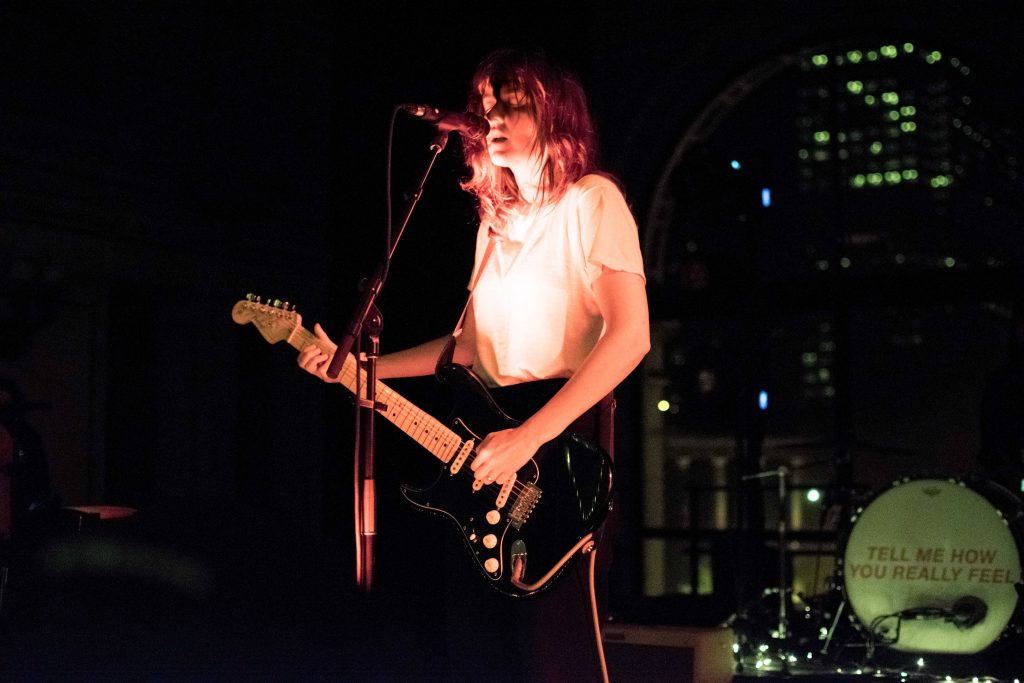 And I get it: it’s a brand-spanking-new album. But feel that I could have stayed home and written this review having never set foot in the building, and that’s not a good thing—in my opinion anyway. Overall, I respect her as an artist and, again, I really like her new album. But I did not enjoy the show. Had I paid to get in, I would have been pissed. But that’s just me.

She’ll be on the road through the end of July, meandering her way across Europe and then Canada, and eventually back through the US. Hopefully, she’ll figure out how to incorporate some variation and artistry to her live performances by then. 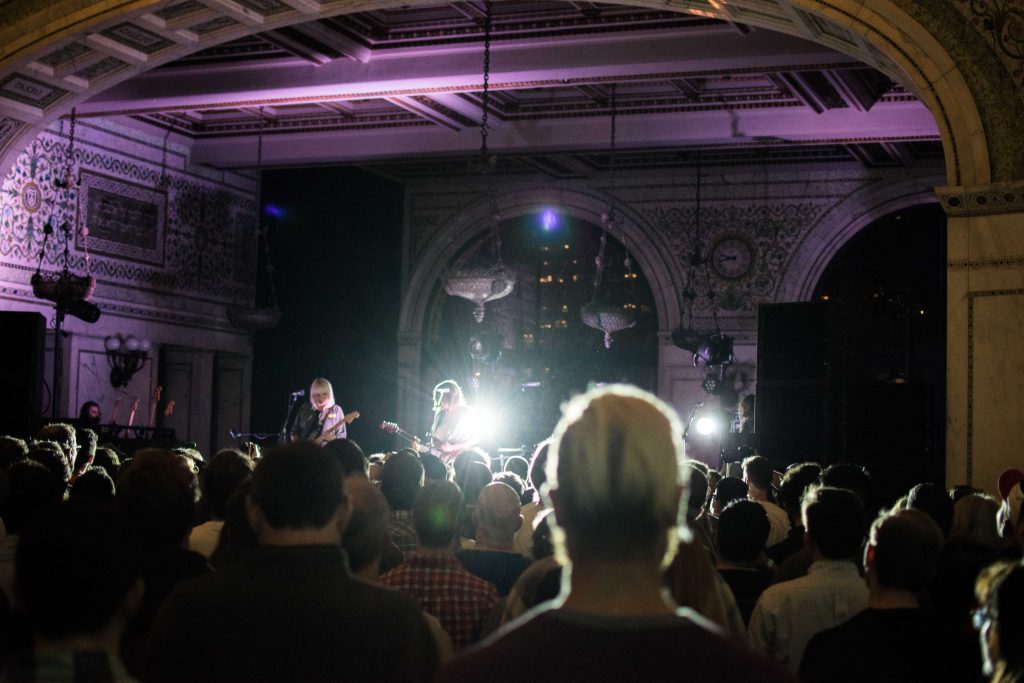