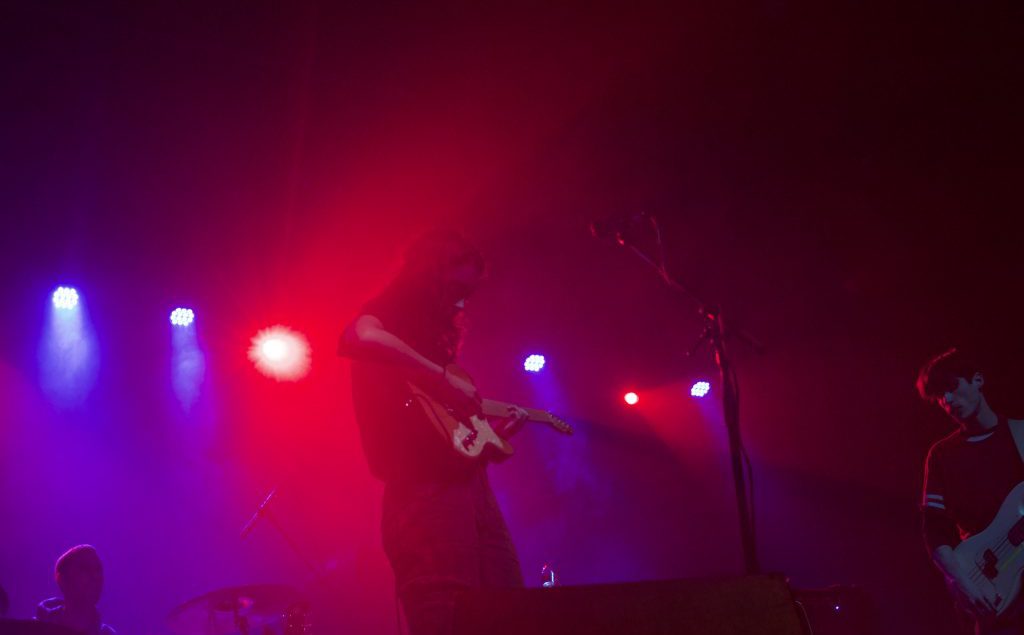 Divino Niño had already taken the stage when we entered Thalia Hall. The band was a pleasant surprise and fit in well with the chill vibes of Crumb and their fans. Divino Niño’s lead singer has a deep impressive voice and an adorably awkward personality, addressing the crowd with a charming politeness. The band’s music was familiar-sounding, evoking 60s and 70s psychedelic pop with a modern twist and the inclusion of both Spanish and English lyrics. The band’s set included a cover of How Deep is Your Love? by the BeeGees, nodding to their 70s influence. Lead singer Camilo Medina’s unique voice paired perfectly with the throwback. I was glad to be introduced to this Chicago-based band and have been playing their song Coca-Cola nonstop since. 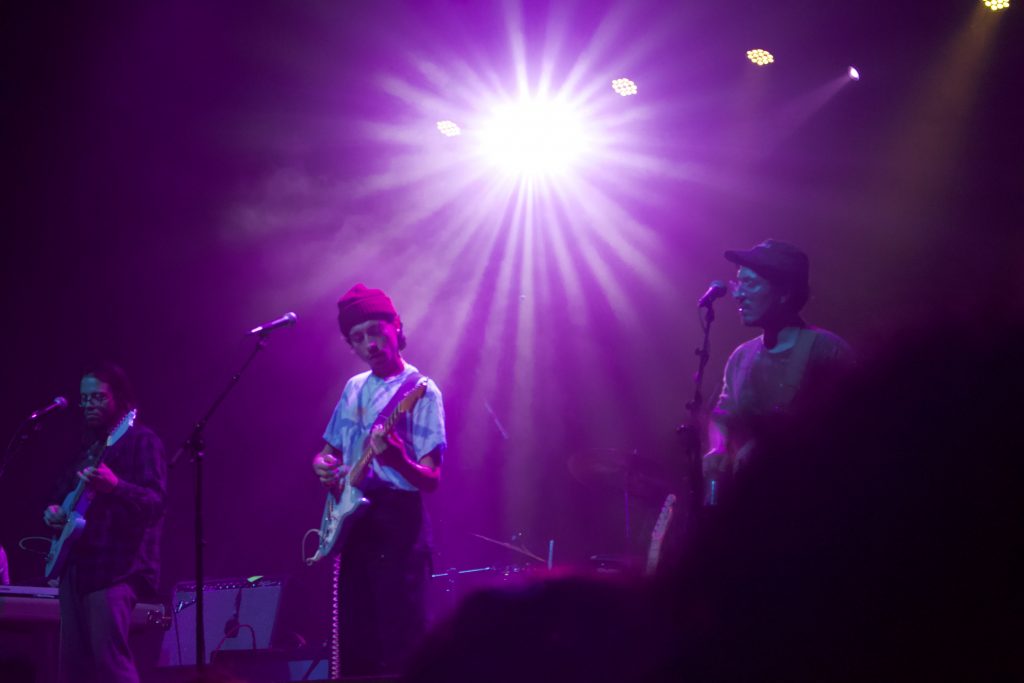 As we waited for Crumb to take the stage, I observed the crowd, which was pretty much what I expected it to be—young Chicagoans with edgy style and lots of piercings. The crowd was chilled out and clearly eager for the band to come on. Crumb hit it off with their most popular song and the title track of their second EP, Locket. Their music can best be described as lulling and chill, so the crowd spent most of the time swaying, with a few head bangs here and there during the more intense guitar riffs. 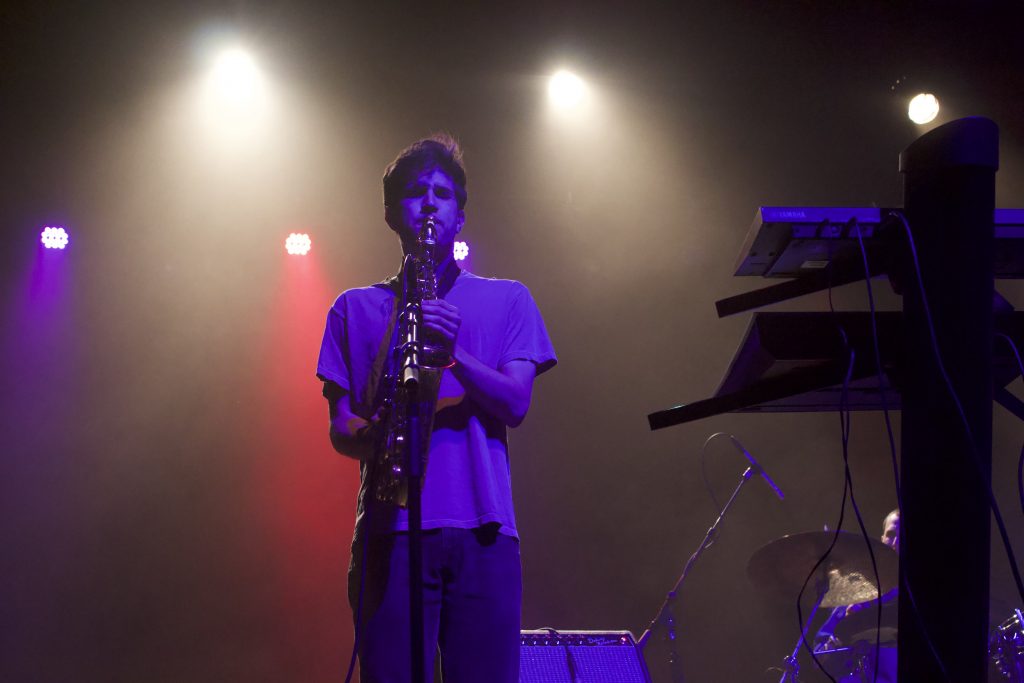 Most of the concert was slow, soothing music, but still kept me engaged as the songs were noticeably played with a lot of feeling and talent. The lucky audience at Thalia Hall got to hear some brand new music, including a never-before-played song that was well-received. The band went out with a bang with their most energetic performance of the song Vinta, which included an intense guitar riff at the end. 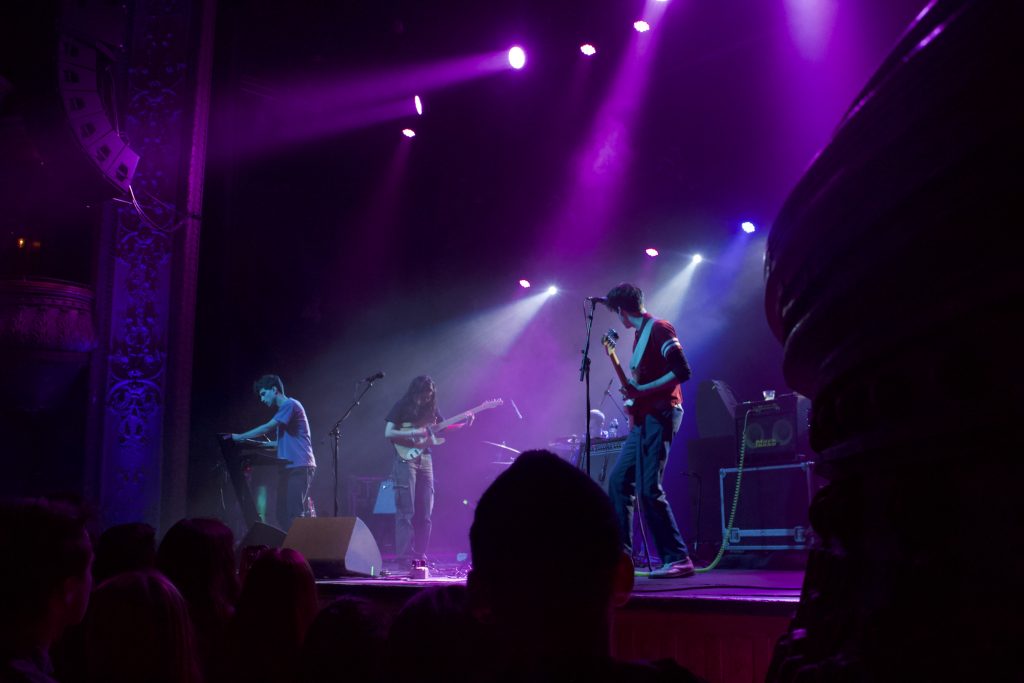 Crumb seemed as though they could be a college band performing in the local coffee shop. They repeatedly stated how grateful they were to be here and for us “spending a night on Earth” with them. They were low-key and made their music the star of the show, with little choreography. All in all, Crumb’s performance was pretty in keeping with their music–chill, relaxed, and calming. If you’re looking for a band to mosh to, this is probably not what you want, but if you just want to appreciate good live psych-pop and sway to some tranquil tunes, Crumb is perfect.