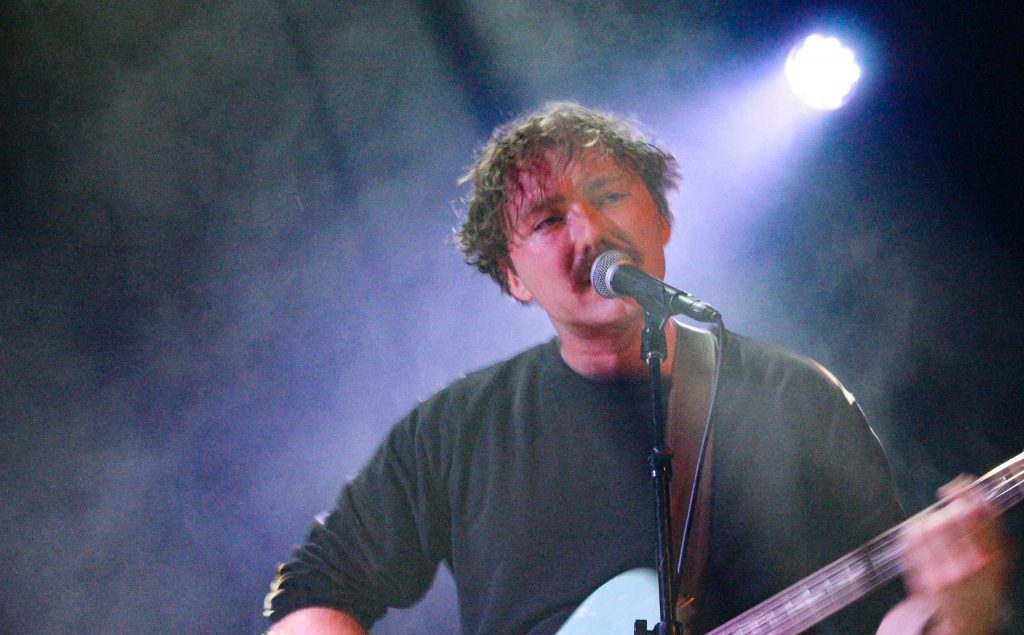 Current Joys brought all the sad boys (and girls) out of the woodwork Tuesday night for their show at Lincoln Hall.

Chicago locals Pool Holograph opened the show as the crowd filed in, surprising me with their new wave-esque sound and ethereal vocal distortions. Think The Jesus and Mary Chain, but instead of dressing all goth they just look like normal guys. I found myself really enjoying their set, nodding along to catchy riffs and dreamy accents. What’s more, I actually found myself listening to them on Spotify the next day – a rare achievement for an opening band. 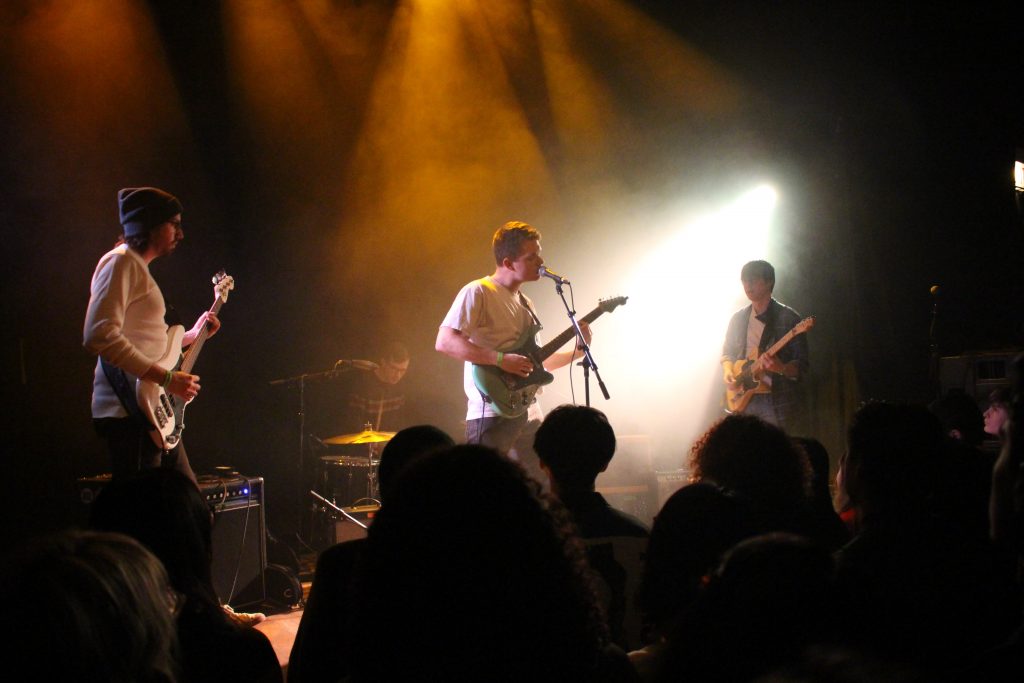 The second opener, Gap Girls, still rode the new wave vibe but in quite a different way. The solo project of Jacob Rubeck, who plays guitar for Surf Curse (Nick Rattigan of Current Joys’ more upbeat project), the entire delivery was a desperate grab for 80s nostalgia. Sporting a jean jacket, one fingerless leather glove, and a quasi-mullet, Rubeck dramatically delivered seemingly INXS-inspired ballads to the guide of synth-heavy backing tracks. It was a little much for me. At the end of one song, he even raised his fist into the air à la Judd Nelson in The Breakfast Club. Despite his look, I didn’t find his music that interesting either – it was a lot of repetitive lyrics, and the synths kinda sounded like drowning in a swimming pool at a house party in 1983. 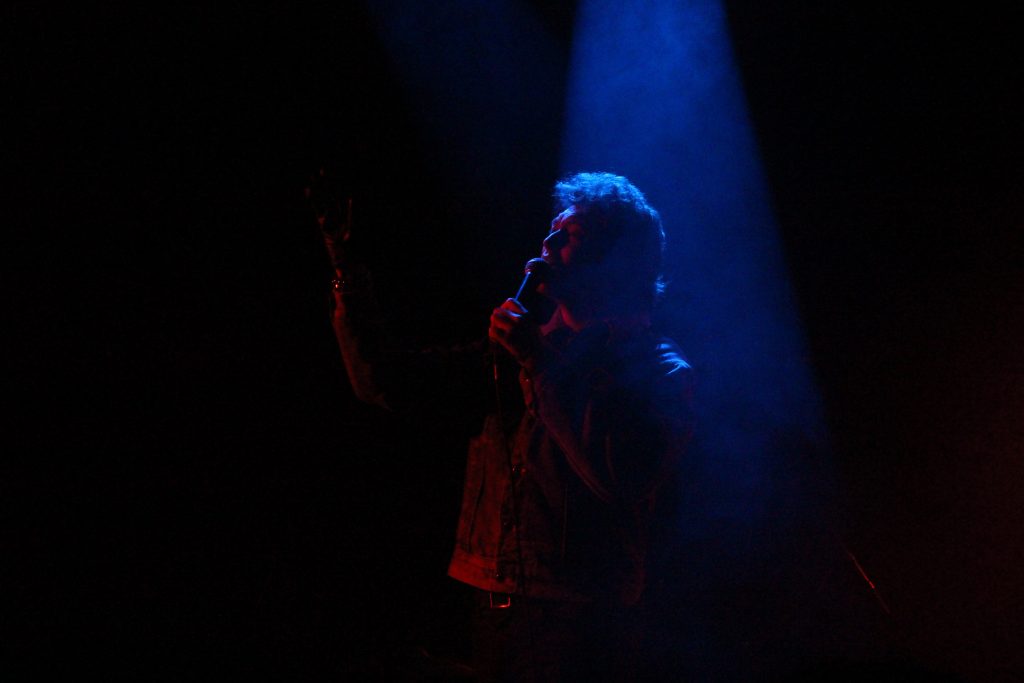 The four-piece outfit that is Current Joys started off in quite an emotional spot with “Become the Warm Jets,” something I did not expect. Rattigan stayed true to his signature wriggly-worm dancing and gravel-y crooning, making everyone’s hearts grow a few sizes too big for their bodies. But we were soon ripped out of that feeling as the first drum beats of “Desire” rang out and suddenly the crowd was ready to mosh to their deaths. The show seemed to constantly swing between two extremes, providing a cathartic experience for all no matter if they were sad, angry, or a mix of both. Other highlights of the set included “Neon Hell,” “New Flesh,” and “Kids.” Before beginning the latter, Rattigan explained that his family was at this show, which seemed to make him a bit nervous. Soon enough, the set slowed back down with “In A Year of 13 Moons” and “A Different Age,” leading the band to play a few new tracks as well. They featured Rattigan’s transparent songwriting, and he led the crowd in a sing along so that they could participate even though they had never heard it before. After the mosh-inducing “My Motorcycle,” the band exited the stage, leaving Rattigan to end the show with a heartbreakingly-honest new song detailing the end of a relationship. 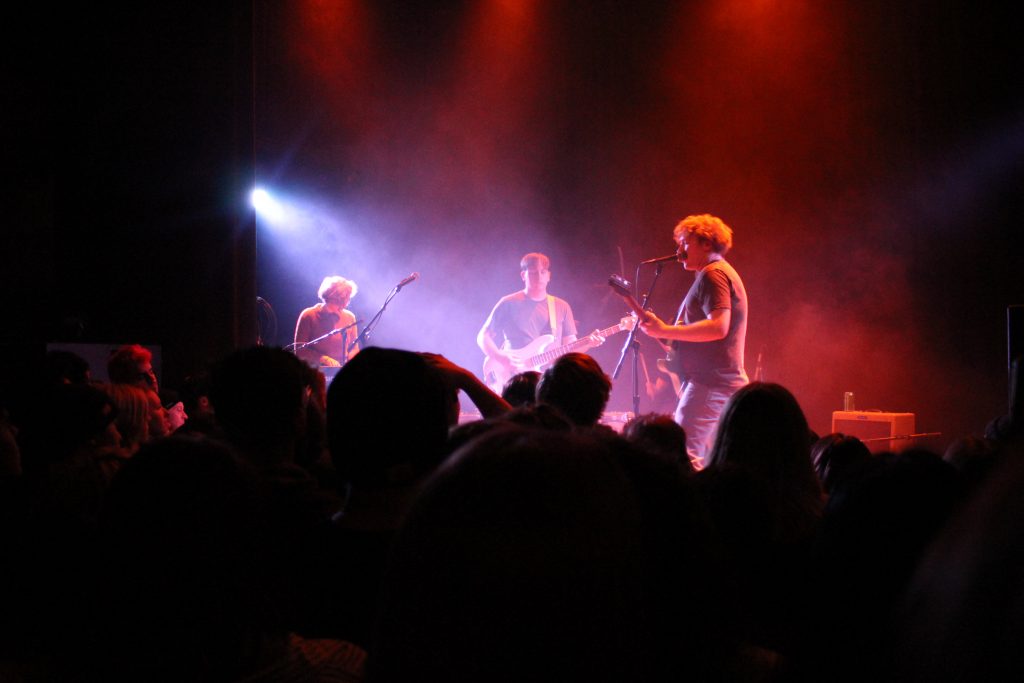 Throughout the show, it was proven to me that no matter the pace of the song, watching Rattigan perform is a truly immersive and personal experience. He can truly do both – and he does it so, so well.