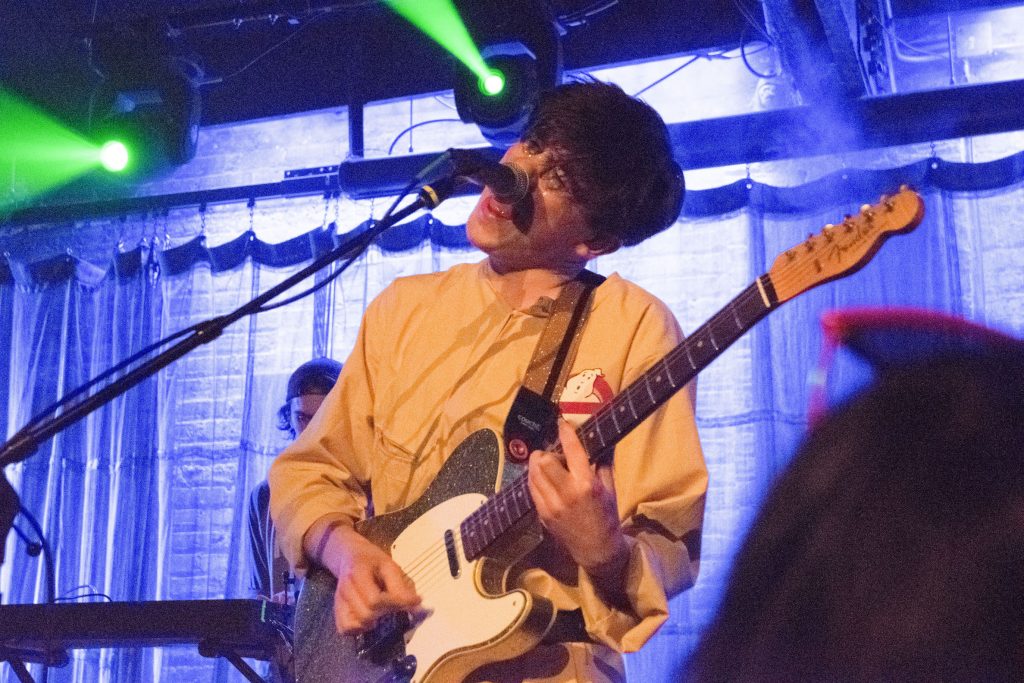 Going to shows in Chicago is great and all, but can prove to be a burden when it comes to navigating the L and the city itself. Luckily, there is an intimate venue in Northwestern’s backyard: Evanston SPACE on Chicago Ave. Located in the back room of Union Pizzeria, SPACE’s list of artists they have hosted continues to grow more and more impressive. Earlier this year I was able to swing by Frankie Cosmos’ show and fell in love with the venue, so I was psyched to be there for one night of his two-performance stay.

Declan McKenna and I have a history. I actually saw his first ever show in the United States back in my hometown of Columbus, Ohio (shout out to CD 102.5 FM!) in 2016. I even got to meet him after and took a picture, which I would attach if it weren’t completely embarrassing. He was the first act in a four-band show, and his set-up involved himself, his guitar, and a loop machine. He was insanely nervous and messed up several times throughout the set, but even then the crowd went crazy for his smash hit “Brazil,” probably because my local radio station played it incessantly.

The next time I saw him was this past August, a few days after the release of his debut album What Do You Think About the Car?. I remember it being absolutely crazy to me how much he had grown in just a year and a half. He had a full band and dedicated fans who showed up wearing glitter, holding posters, and screaming his lyrics. Let’s just say that his show at SPACE was like when I saw him in August, times 100.

First was his opener, Chappell Roan, who he is touring with. Roan is 19 (as is McKenna) and was clearly a raw talent. Her voice was angelic and breathy as well as rich and rugged, and she combined it with a killer stage presence. She played a few songs off of her recent EP School Nights, which was released by Atlantic Records, along with a cover of The Cranberries’ “Dreams,” which matched almost too perfectly to her voice. By the bridge of the song, she had the entire crowd yodeling along with her. What was most notable about Roan was her incredible control of her voice at such a young age. She truly made it look easy and sung about topics that were relatable to the teen-filled audience. 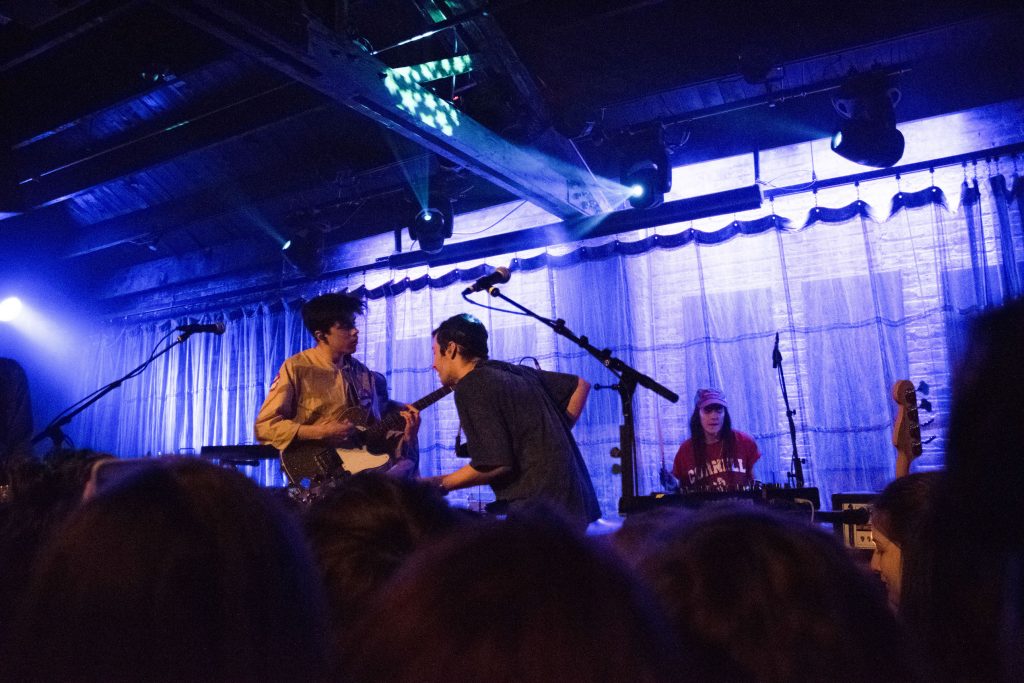 Speaking of a teen-filled audience – that’s exactly what it was. Although there were definitely older folks there, they stuck toward the back of the venue. The middle of the crowd was basically a sea of jean jackets who were obviously superfans, screaming in delight at any sign that McKenna was coming onstage. This speaks a lot to the relatability of his lyrics to this demographic, proving that he has obviously formed a strong bond with his fan base. Until McKenna came on, they enjoyed singing along to the throwback songs that were played over the sound system beforehand, such as “Take on Me,” “Toxic,” and “Hey Ya!”. When he finally came onstage, girls screamed and everyone pushed forward, whipping out their phones in hopes of catching the first moments of McKenna’s performance on their Snapchat stories. 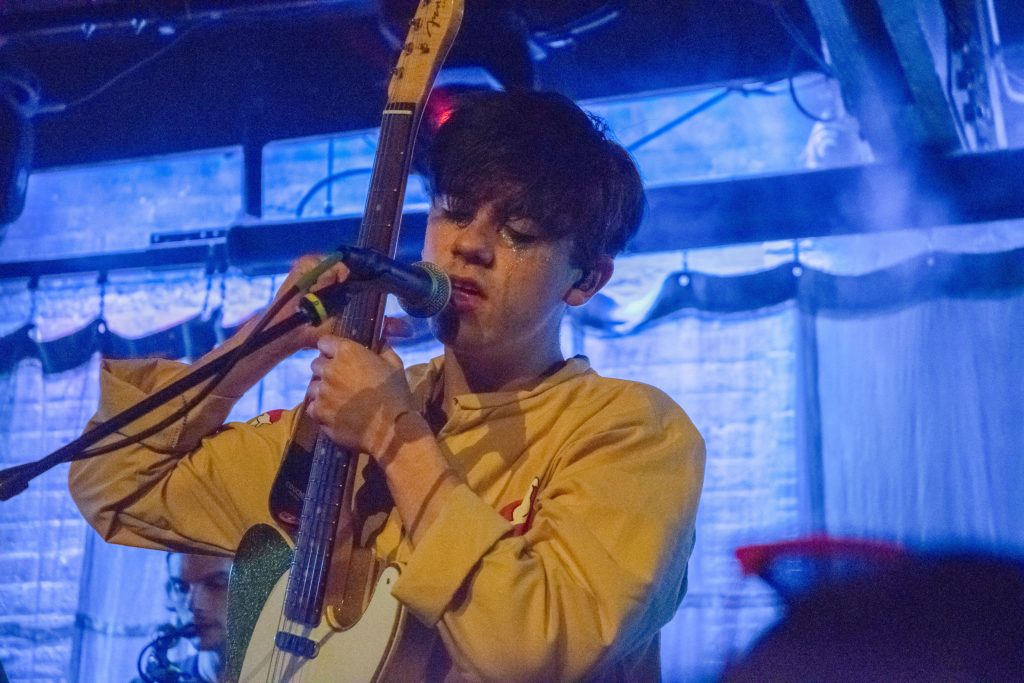 McKenna opened with the first single off of his latest album, “The Kids Don’t Wanna Go Home,” and immediately I noticed his lovably ridiculous outfit: A Ghostbusters jumpsuit, complimented by a gold glitter guitar. After playing the first few songs, he stopped to talk about the instrument, explaining that he had just purchased it today and referring to it as a “shiny boy.” The audience laughed adoringly at all of his comments, eager for what was to come next, which happened to be “Basic,” one of McKenna’s first singles released in 2015. The crowd soon became his back up singers, filling in spaces he left empty and yelling the chorus with all of their hearts: “Cause you’re basic/And you’re basically on your own.”

McKenna played banger after banger, continuing the set with “Bethlehem,” “Listen to Your Friends”, and “Humongous.” The crowd went especially crazy for the latter song, which was justified as it involves some of McKenna’s more emotional lyrics: “Do you care?/I’m big, humongous, enormous and small/And it’s not fair, that I am nothing and nobody’s there.” The band ended the song with a great build and solid jam sesh, encouraging moshing amongst the crowd. 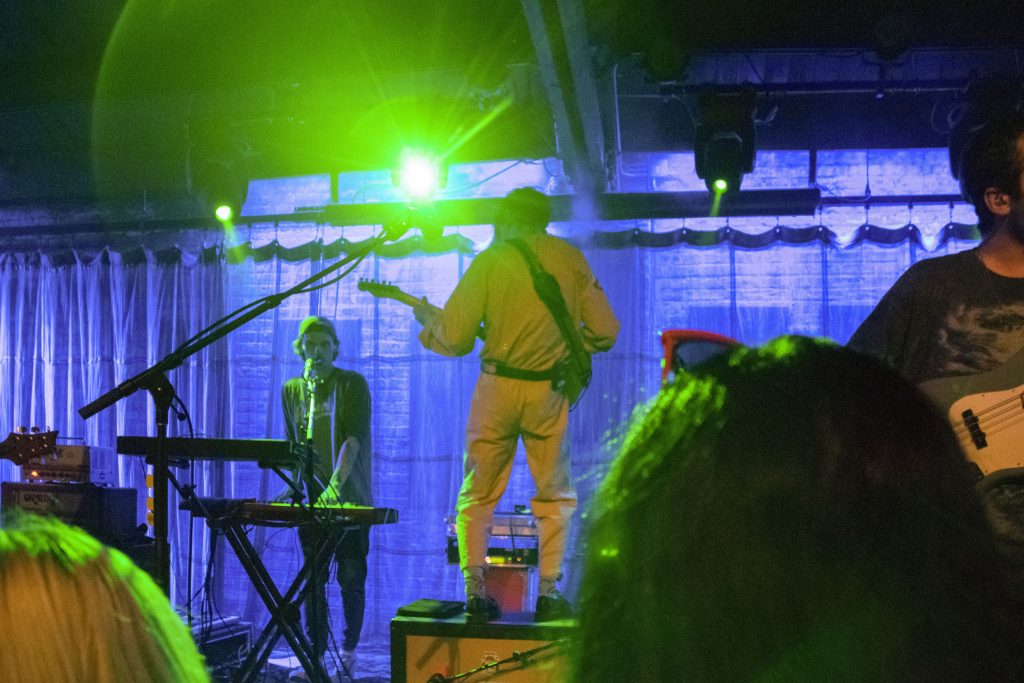 McKenna finished the show with a solid trio of his more popular songs: “Why Do You Feel So Down,” “Paracetamol,” and, of course, “Brazil.” It was a somewhat predictable set, but McKenna definitely gave the crowd what they wanted with an energy that was hard to beat. During “Brazil,” he encouraged everyone to jump and they abided without hesitation, which led to McKenna himself jumping into the crowd as balloons fell from the ceiling. To me, the show ended just as it should: with McKenna literally being lifted up by adoring fans.