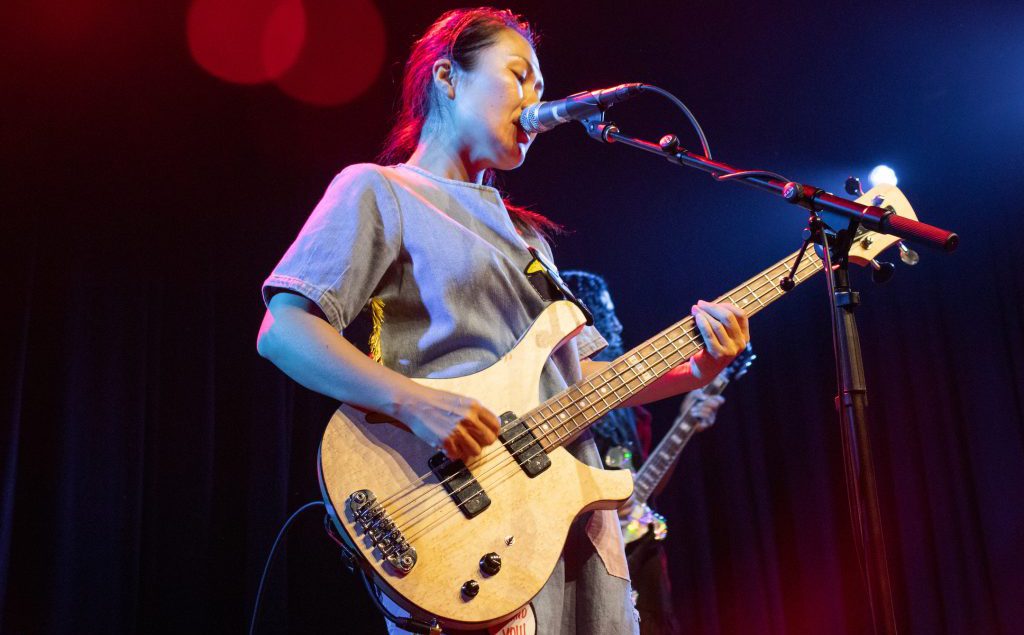 For 2019, my resolution is to only cover “deer” bands at Lincoln Hall. Following Deerhunter’s February show, I was tasked with reviewing Baltimore noise outfit Deerhoof. Though not super knowledgeable about the extent of their discography, I had loved everything I’d heard by them and was tipped off that their live show was stunning. With high expectations, I arrived at Lincoln Hall around 8pm on April 21st, just in time for openers Bleach Party.

Bleach Party was by miles the most straightforward act on the bill, which they benefited from. In contrast to the headliner and middle act, who used elaborate pedalboards to twist and screw with their guitar sounds to the point where they were barely recognizable as the product of electric guitars, Bleach Party’s guitars sounded like guitars–albeit noisy ones. The local band moved quickly through a set of brawny but fun punk songs, anchored by lead singer Meg Macduff. Though not an incredibly unique style, the outfit compensated in intensity and enthusiasm, rewarding the small crowd that collected in time for them.

Palm, hailing from Philadelphia, was more in the Deerhoof-y, strange, erratic art pop camp, a fitting opener for the headliner. Consisting of two lead vocalists and guitar players, a time-signature spanning drummer, and a bassist, the band suffered from trying to do too much. They were stuffing their songs with abrupt tempo and key signature switch-ups and leaving the audience with little to hang on to. I found their guitar tones to be the biggest problem; they sounded more like steel drums than anything else for most of the show. It would’ve been interesting for one or two songs, but if nothing else it proved that there’s a reason steel drums aren’t the dominant instrument in alternative rock. Also, note to Kasra Kurt (one of the lead singers): the campy Animal Collective self-harmonies aren’t a good look. There’s no one that listens to your band that hasn’t heard Animal Collective (I assume), and you’re getting dangerously close to rip-off territory. Still, props to their ambition, and their drummer. 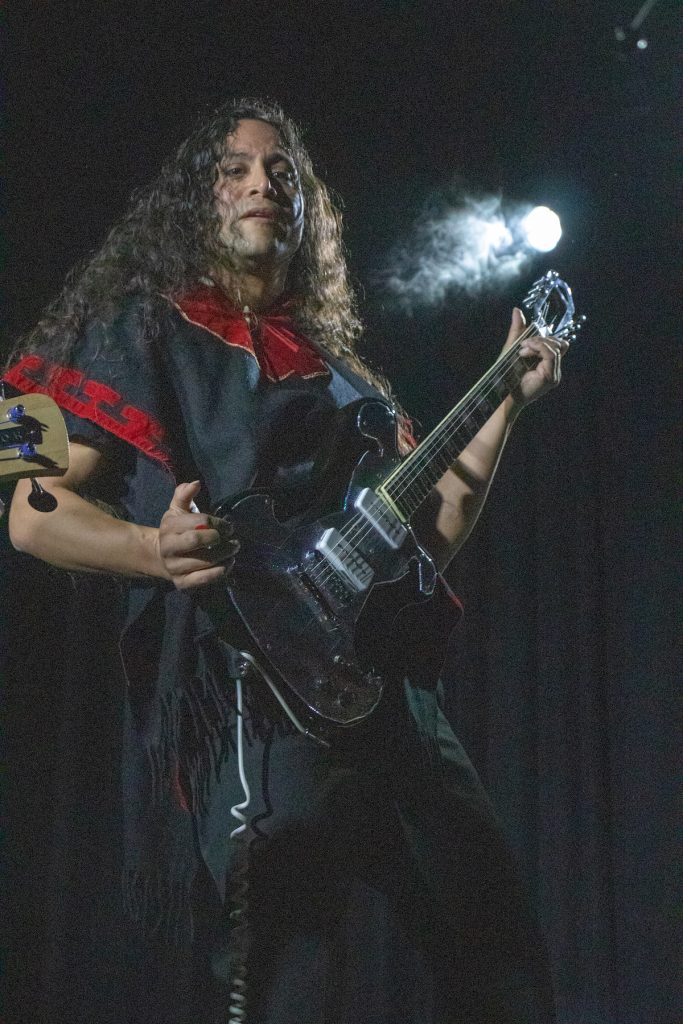 From Deerhoof’s first track, “Paradise Girls”, they made it clear that it was possible to have unexpected, rhythmically and musically complex tunes that are still catchy and arresting. The front-woman, Satomi Matsuzaki, was understated but entertaining, jumping and dancing around while playing bass and occasionally making deadpan quips, such as observing that her amp’s default setting sounded like a Chinese restaurant. 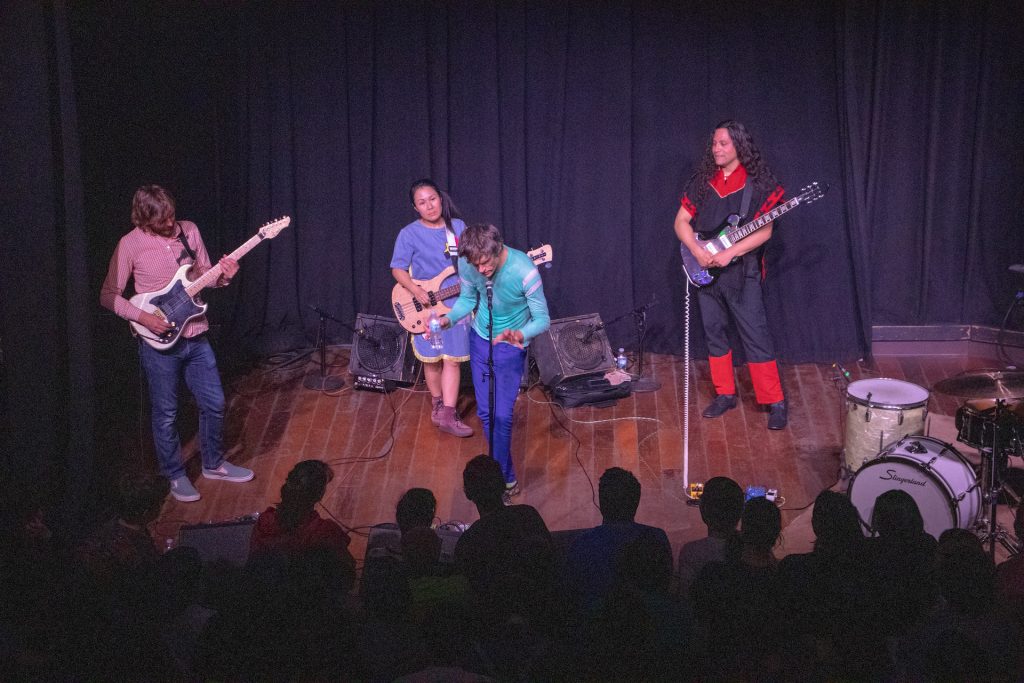 The two guitarists, though they didn’t say much, also attracted attention, trading warped licks that could have been from hard rock songs on another planet. The drummer came the closest to stealing the show, walking over to the mic at various points into the set with what seemed like a sarcastic smirk, to profess his admiration for the opening acts, among other sincere declarations. While playing he held down the tight yet spontaneous band through an exciting set. The climax was probably the cut “Believe E.S.P.“ off Deerhoof’s 2007 album Friend Opportunity, which featured a lovely audience sing-along breakdown. All in all, if you’re ever conflicted about going to a Deerhoof show, go for the complex, strange noise-pop, and stay for the sincerity and general affability of the band!