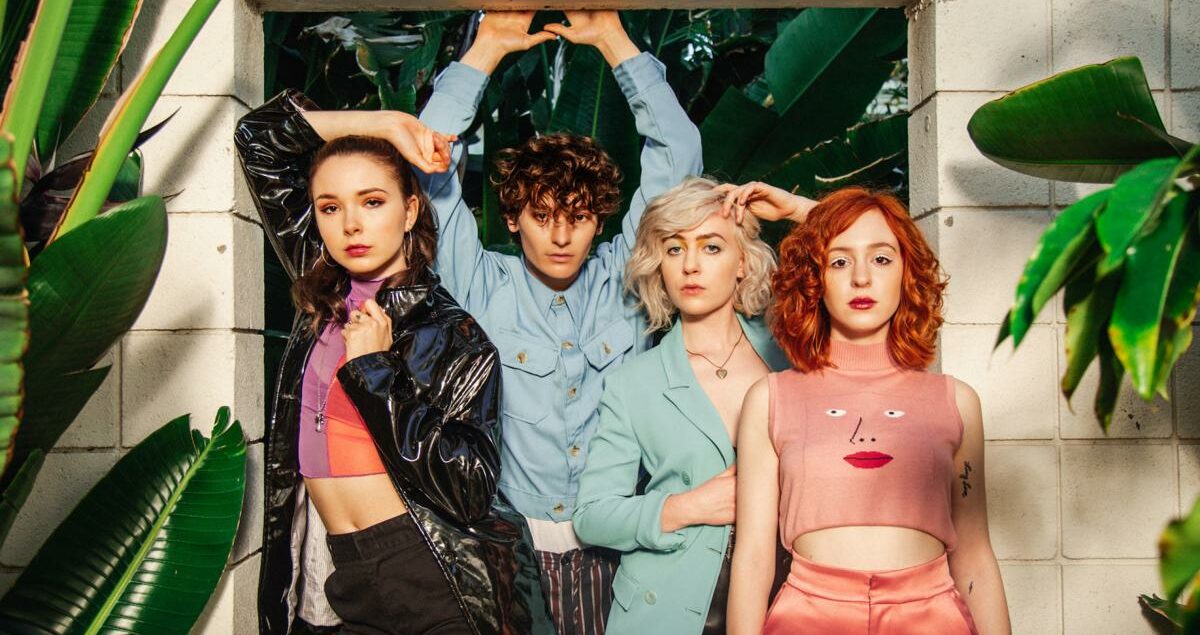 By Amirah Ford and Ethan Shanfeld

“You’re talkin’ to me like a child. Hey I’ve got news for you, I’m not a little girl,” demands Lydia Night on “Seashore,” the defiant punk jam that put her band The Regrettes on the map. She was barely 16 when the song came out.

On behalf of Mayfest, we are incredibly excited to bring The Regrettes to this year’s Digital Dillo Day. The Regrettes formed in 2015 in Los Angeles and quickly landed a deal with Warner Bros. Records. They put out their debut album, Feel Your Feelings Fool! in 2017 and their sophomore LP, How Do You Love?, in 2019.

Their unmistakable powerpop is rooted in the carefreeness of childhood and the rebellious ethos of Avril Lavigne and No Doubt. The band’s members — singer-guitarist Night, guitarist Genessa Gariano, bassist Brooke Dickson and drummer Drew Thomsen — are too young to have lived through the golden age of punk but grew up during the heat of emo music and the garage rock revival. Blending the pop sensibility of doo-wop and surf rock with the grit of riot grrrl and modern alternative, The Regrettes draw influence everywhere from Buddy Holly to Bikini Kill.

It’s too simplistic to box them into one genre, overlooking the lightly sprinkled reggae in “Stop and Go” and the alt-rock crunch in “I Dare You.” Evoking 2000s nostalgia, the band’s music will feel familiar to anyone who grew up listening to Paramore, watching Freaky Friday or playing Tony Hawk’s Downhill Jam.

While many high-energy bands must sacrifice sound quality for stage presence, The Regrettes thrive in live settings, where their dynamism is unbottled. Many of their songs are politically charged, meant to be sung along with thousands of others. Often bouncing around, Night commands the crowd with blissful persuasion. Even in bone-chilling Chicago, The Regrettes bring the California sun.

Beyond their 3:1 female-to-male composition, The Regrettes emphasize women empowerment in a Powerpuff Girls trifecta style. They’re cute, fun and loving, but also fearlessly badass. This energy is matched in their lyrics, particularly on “Poor Boy,” a merciless punch back at sexual abusers, released in the wake of the Brett Kavanaugh hearings. Traditionally, at their live shows, the band calls for a girls-and-non-binary-folks-only mosh pit. Here, the fellas take a step back and other bodies are given the chance to be elevated and to well, rock out.

Thus, we thought there was no better way to kick off Digital Dillo than with the unrelenting spirit of The Regrettes. The band’s bright, summery attitude will undoubtedly get you dancing in your childhood bedroom.