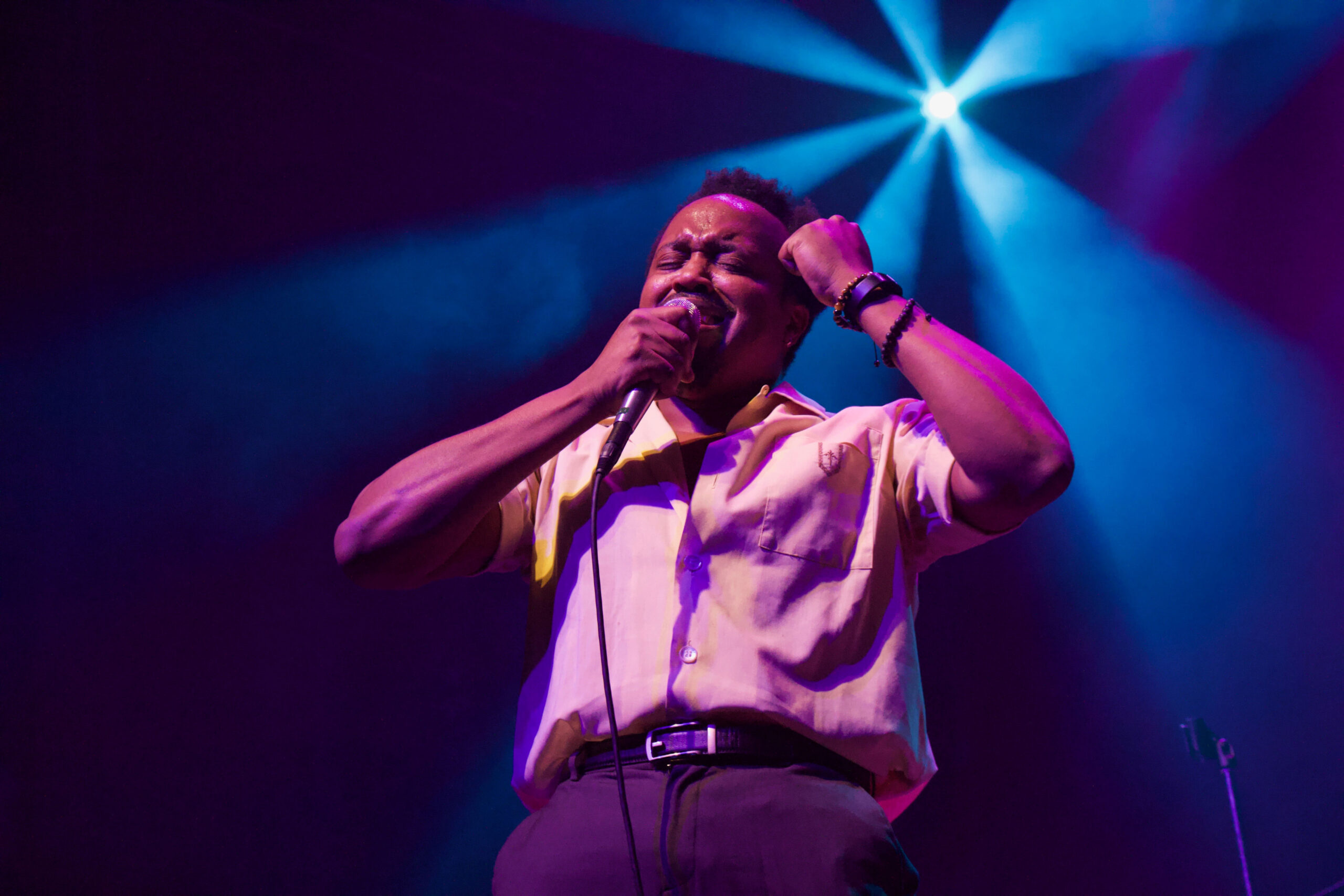 I’ll say it: Durand Jones & The Indications made me forget about coronavirus. For a full two hours. Jones performed at Thalia Hall on March 12, the day after the announcement came that Northwestern would be transitioning to online classes. I wondered if this would be my last show in Chicago before going home to Boston for a while (it turns out that it was), and it was a perfect goodbye to the city: full of heartwarming love songs and heavy on sing-alongs that made me feel like slinging my arm around people I’d never met. When Jones announced, “You are the lucky ones” before “Can’t Keep My Cool,” he was talking to the couples in the crowd, not to me. But I felt lucky anyway.

Before The Indications took the stage, Not Lovely opened. The hip-hop-jazz fusion band perform as a quintet with Joshua Virtue and Jack Clements at the helm, although their debut album, Matterlightblooming, is the result of recordings from a collective of artists. Virtue and Clements rap together, sometimes singing the same lines and sometimes trading sections. When one had a longer section, the other sat down on the stage, a choice I thought Clements had made out of exhaustion the first time he did it but later realized was a sign of respect. Virtue’s musings during “#2 Combo” seemed to overwhelm Clements so much that he slowly sunk out of his sitting position until he was sprawled out facedown on the ground. “I think I really died,” he muttered at the end of the song.

The band aptly describes the theme of their music as “existential dread,” which makes Not Lovely’s music feel cluttered at times, with Clements and Virtue often spiraling into fits of screaming, spitting out words too fast for us to process them. Maybe this is the point of existential dread — that we often cannot really comprehend it — but when Clements and Virtue slow down enough for us to really hear them, it’s clear that their crises are universal, as when Virtue describes the freedom that comes with being knowingly blind to problems on “#2 Combo.” Not Lovely are quite lovely indeed when Virtue and Clements step back a bit, especially when bassist Hannah Fidler provides backup vocals and when the band eases into delicate interludes with synth lines that twinkle.

Durand Jones took the stage looking casual but clean in dress pants and a button-down shirt. He has a charm, and he held the attention of the crowd easily with (seemingly rehearsed, but genuine) bantering between songs about love and a smile that lasted the whole show. While Jones is the face of the Indications and their warm soul music, he’s really only the deeper half of their vocals. The Indication’s drummer, Aaron Frazer, is the angelic falsetto on many of the band’s songs, sometimes providing backup for Jones but often taking the lead — he sings the chorus on “Is It Any Wonder?”

The Indications’ sophomore album American Love Call has political undertones that are absent from their self-titled debut. On the album’s opener, “Morning in America,” Jones laments racism and its systemic effects across the country. He pointedly changed “San Diego” to “Chicago” in the first line, inciting a few “whoops” from people who probably weren’t familiar with the song. Jones asked the crowd to join in on the band’s newest single, “Cruisin’ to the Park,” a buttery tune about a nighttime drive with a lover that resembles the Indications’ first album’s subject matter more closely than American Love Call’s. It was the first real invitation to sing along, but the crowd was already singing with Jones on the Indications’ more repetitive songs like “Don’t You Know?”

Jones is the embodiment of calm. Everything he does seems intentional. When he talks, his voice is reminiscent of a radio anchor’s, announcer-like and unfaltering, but with emotion in all the right places. When he dances, he is grounded, swaying only from his hips and never taking his feet off the ground. I wanted to beg with Jones as he sang about being weak in the knees and losing his mind on “Can’t Keep My Cool,” tell him, But you can keep your cool, you are! Few can sing about stammering in such a measured tone.