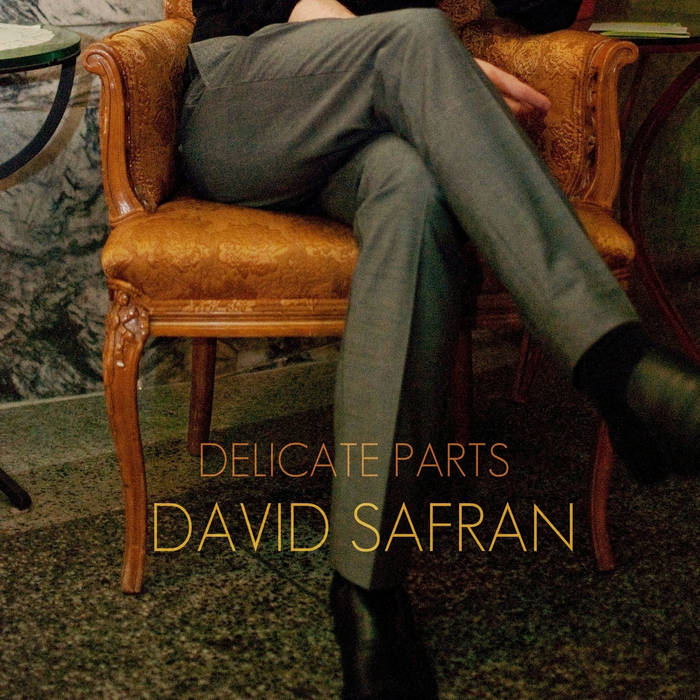 After recently being signed by a record label, Safran remastered and re-released his 2012 album Delicate parts on April 14. In his album, Safran provides listeners with a soothingly unique musical experience that makes you feel like you’re listening to live music at a nice restaurant.

But this album wasn’t the first thing the Chicago area heard from him. The Evanston resident has been a part of the Chicago music scene since middle school, and after joining the Chicago ‘90s punk scene, the eighth grader made his debut on WNUR— the only radio station that played local punk rock, Safran noted.

“It seemed like it was 20 kids just sort of packed into this little studio in Evanston,” he said. “I remember we were all intimidated by these ancient college kids. And they thought our band was cool. So that was even, you know, more astounding.”

It was Safran’s first band, the Apathetics, who performed on WNUR and whose song was a new addition on his re-released album. After realizing one of their songs had been digitized and hearing it for the first time in over 20 years, Safran decided to make a cover himself, and his label decided it was just good enough to be included on the re-release.

Although he spent many years in the punk band world, the singer-songwriter said he eventually realized bands were limiting his ability to explore outside of punk, leading to his solo career and the creation of Delicate Parts.

After beginning the album in college and spending the following seven years working on it, Safran was ready to release it in 2012, but wanting to do it under his own terms, he first released the album without the backing of a label.

“I did independently reach an audience, it just wasn’t enough to push it out. I didn’t have a team, and then I lost a manager,” Safran said about his first release. “You can see just a series of small failures that kind of added up to ‘Alright, now you’re going to just make music for yourself, and for, you know, a couple 100 people.’”

But Safran returns strong today with a fresh product of his old project; he was recently signed by Tiki Core Records. The album heard today now includes the cover of The Weekend and omits two songs from the original LP that Safran said his label encouraged him to drop.

Safran said that this release is much different than his last, being completely digital due to the pandemic. Not sharing his music live and in-person is a challenge, he said, but making jingles independently throughout his adult life has prepared him for the pandemic music scene.

“I was already accustomed to the freedoms and limitations of recording in your closet prior to the pandemic, and so that just didn’t really change anything,” he said.

Working as a freelance writer and jingle-maker has taken his work all around the world. He has even developed a fan base in Argentina, where he’s been doing advertisement music projects for almost a decade. His album has gained a lot of attention there since his label decided to do a South America campaign.

While the label classified the album as dark cabaret, Safran says he doesn’t think that’s entirely accurate, and he describes his songs as containing elements of post punk, baroque pop or indie pop. Either way, the boundary-breaking tunes will be sure to strike a chord.

Ultimately, Safran’s music cannot be put into a box, and Safran has proved through his time in the music industry that he can’t either. His persistence and resilience is what has kept him relevant all these years— dating all the way back to his 8th grade visit to WNUR.