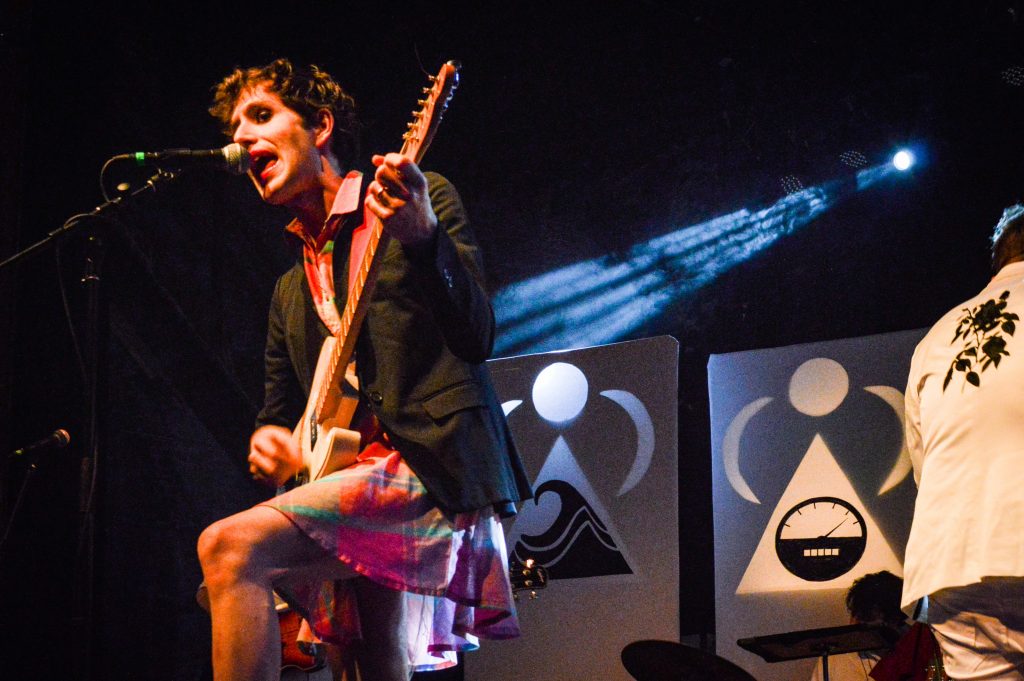 Ezra Furman played a packed show at Thalia Hall on Monday, February 26th. The show was part of his tour of the US and Canada hot off the release of his sonically adventurous LP entitled “Transangelic Exodus.” Furman has been touring backed by Tim Sandusky on saxophone, Jorgen Jorgenson on bass and cello, Ben Joseph on keys and guitar, and Sam Durkes on percussion. Furman’s previous solo albums “Perpetual Motion People,” “Day of The Dog,” and “The Year of No Returning” were all recorded with the same lineup, and produced by Sandusky at his Chicago studio “Studio Ballistico.”

Saint Pe and Anna Burch set the tone with brief but captivating opening sets that contrasted each other well. Burch’s pleasant, guitar-driven tunes and earnest songwriting opened the night. Her new release “Quit the Curse,” captures the same vibe that artists like Frankie Cosmos, Angel Olson, and Kevin Morby have popularized. Saint Pe followed with energetic and upbeat Southern rock and blues. Formed by a departing member of acclaimed Atlanta group Black Lips who wanted a change in environment, Saint Pe were very laid back. No longer seeking recognition or trying to establish themselves as a group, their set felt like a slightly more formal jam sesh with some really great tunes. 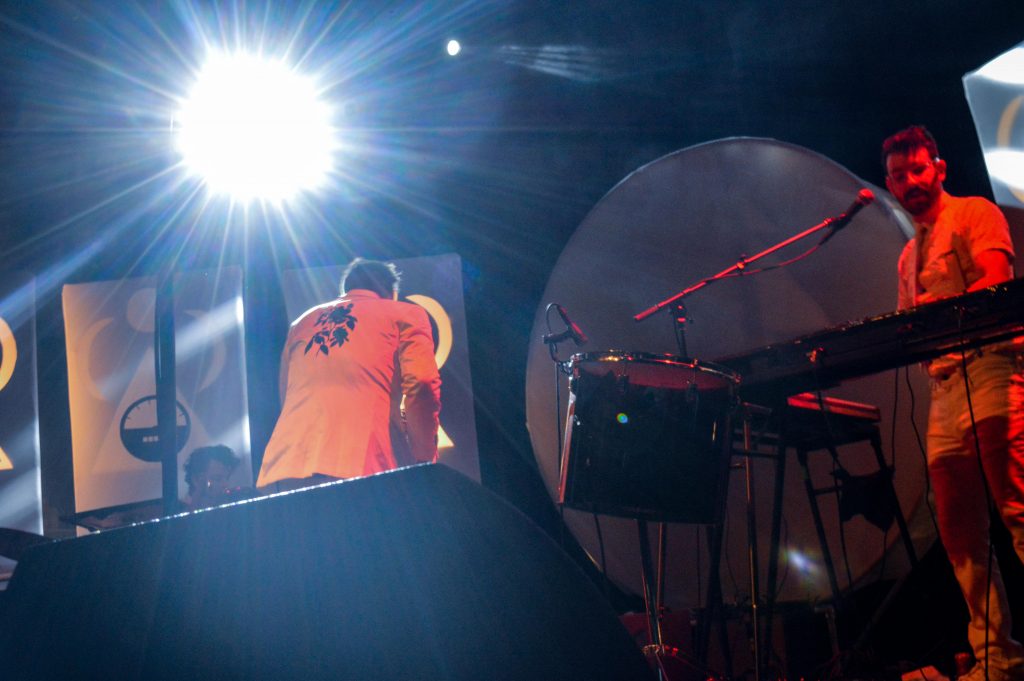 As the lights finally dimmed around 10:30, after two opening bands, an impatient and restless crowd sat hushed as each member of the band walked out matching white suits. A pleasant piano track played in the background. Entering the stage last, Ezra skipped and spun to the mic, dancing along to the background music and mumbled a few inaudible words. Then, without warning, the peaceful piano cut off and the band ripped into “Suck the Blood from My Wound,” the title track from their new release. The sheer energetic force of the music and Furman’s stage presence was electrifying. In between thrashing out chords on his guitar, and howling into the microphone in his trembling tenor, he stumbled around the stage holding his head, throwing himself onto the ground, completely immersed in the frantic emotion of the music. When the final chord rang out there was a moment of dead silence. The crowd stood in complete awe.

I’ve been to lots of concerts where the band opens up with immense energy like this, and as the show goes on things get a lot slower, save for a hectic encore or two. It’s really difficult to maintain that much energy for an entire set, or at least so I thought. Ezra Furman put almost every other frontman I’ve seen to shame with his uncompromising stage presence. For nearly two hours he bared his soul to the crowd, stumbling around the stage and tearing at his hair, all while belting out song after song filled with deeply personal material. A few times he lurched towards the edge of the stage with such fervor that I thought he might dive headfirst into the audience. Each song was a cathartic story and where words failed to express emotion, his contorting, anguished movements told the rest. 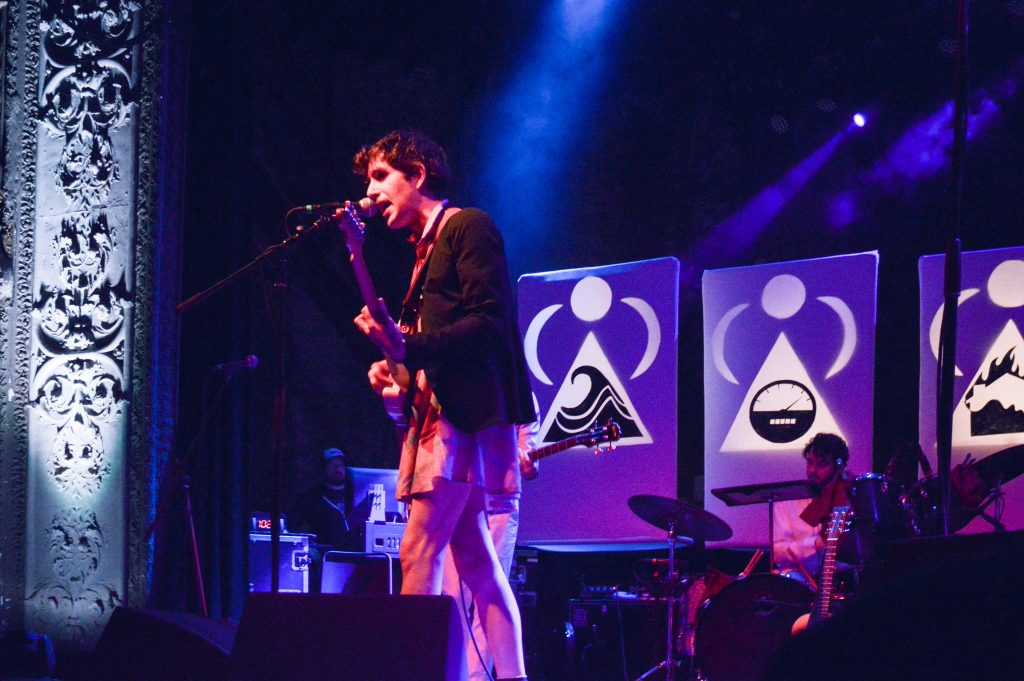 Underneath this impassioned energy, Furman’s backing band did not miss a beat. They seemed to take cues from his every jolting movement. No riff or rhythm felt rushed, and they played even the slowest, most intricate tracks off “Transangeleic Exodus” to perfection. Who would’ve thought a saxophone/cello harmony could stand in for an entire string section? The show ended on the rejoiceful “Tell em’ All to Go to Hell,” after Furman thanked the crowd for their support. No encore. It wouldn’t have felt right anyway.