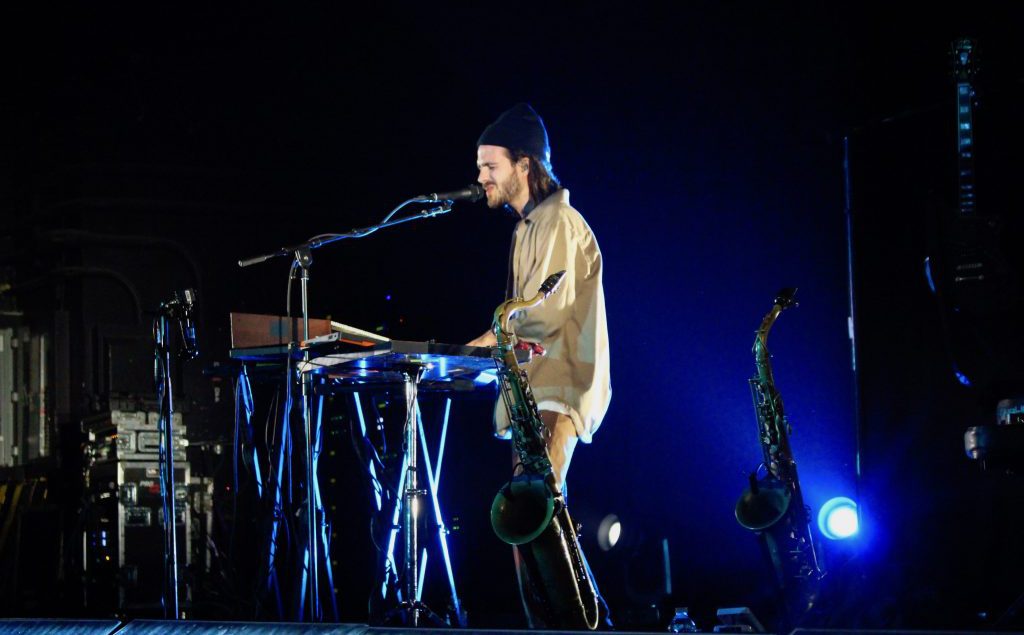 Born Vincent Fenton, French house musician FKJ (French Kiwi Juice) initially made waves with intriguing performances in the now-defunct Red Bull Sessions series, collaborating in the studio with artists such as his wife, who goes by ((( o ))), Tom Misch and Masego in various European major cities. The 8-minute extended cut of “Tadow” with Masego accumulated over 100 million views on YouTube and showed FKJ at his best, running around playing multiple instruments to create a backing track as Masego crooned and played the sax. With so many talents, from saxophone playing to beat making to vocal chops, FKJ jumps right over the “multi-instrumentalist” label into the elusive “goddamn one-man band” tier.

An hour before FKJ took the stage, the packed Concord Hall was buzzing with excitement. From the four bros testing out the gender swap Snapchat filter to the red-faced mustachioed man with a floral polo having a good old time to the two (2) couples having passionate moments with each other in the front row, this crowd had everything.

Credit opener Lou Phelps, the brother of all-star Montreal producer KAYTRANADA, for bringing the energy from the beginning with booty-centric anthems like “Miss Phatty.” With a sizzling snare line and lyrics like: “Thicker than a bowl of oatmeal,” how could the crowd NOT be feeling themselves by the end? When he announced: “Y’all ready for FKJ?” the Concord shifted from talkative to straight-up raucous. 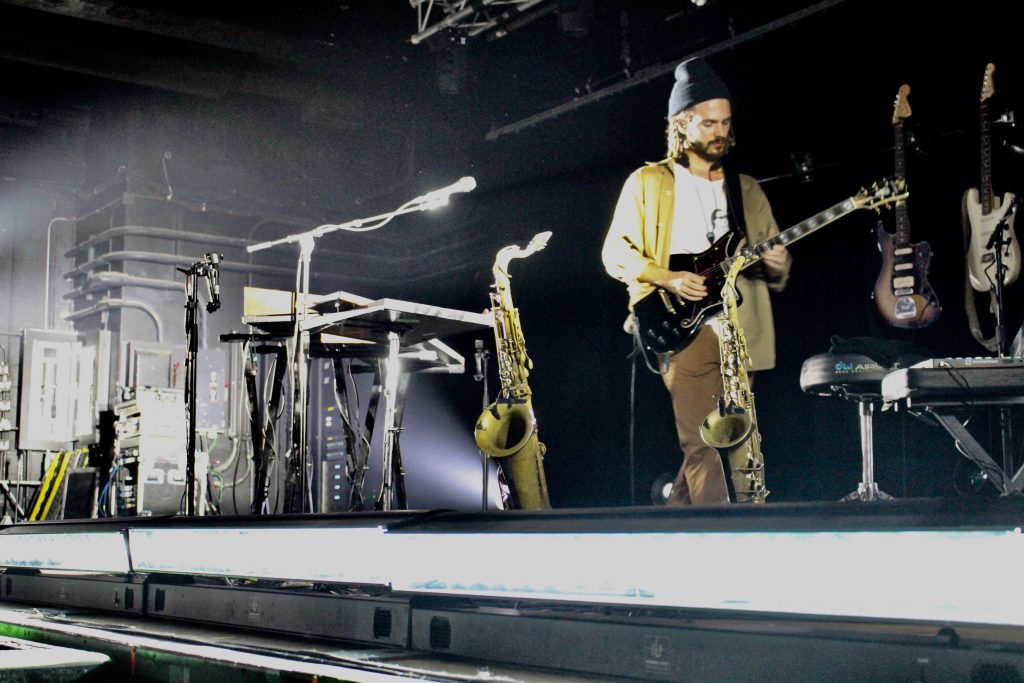 Right before FKJ appeared, a thin black curtain dropped down over the stage. As he launched into his first song of the night, visuals of sunsets and rushing water broadcast onto the curtain. FKJ filled the void of his absent collaborators by projecting their holograms onto the curtain, effectively. “Losing My Way” featured a digital Tom Misch, “Vibin’ Out With (((O)))” had ((( o )))’s likeness and honest to God, FKJ had a hologram of himself on one song. As virtual FKJ played the drums and shook a tambourine, real-life FKJ added even more instruments. A self-hologram may have come off as pompous in another situation but in this moment, no one thought twice of it.

Perhaps no artist creates onstage quite like FKJ. He formed multiple layered tracks on the spot, managing to incorporate each of the four guitars, two pianos and two saxophones on the stage at least once. Composing oneself in front of a sold-out crowd with such an intense creative process must be exhausting. Yet FKJ never missed a beat and even took some time between to sip some red wine. 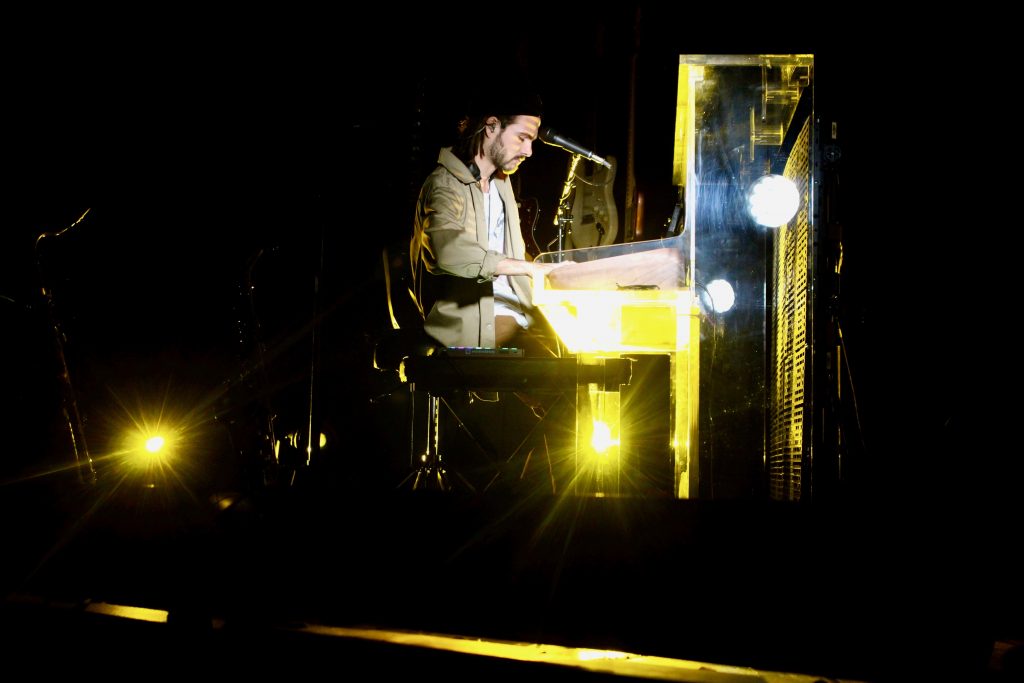 Each song in FKJ’s set seemed to melt into the next. He put his signature French house twist on everything from new songs to improvisations to covers of his personal favorite songs such as Pharrell’s “Frontin’” As he weaved bone-shaking basslines into chaise lounge rhythms, visuals of jellyfish and doves flying through blackness appeared on the curtain.

The crowd hung on FKJ’s every move the whole night, but he truly commanded respect when he sat down at the piano. He took the audience’s breath away with the way his hands danced over the piano on instrumental tracks like “TUI,” where he samples the call of a New Zealand bird known as the tui. After one particularly stirring solo, he sipped from a glass of red wine. FKJ brought plenty of intensity, but the wine showed the crowd a more carefree side. 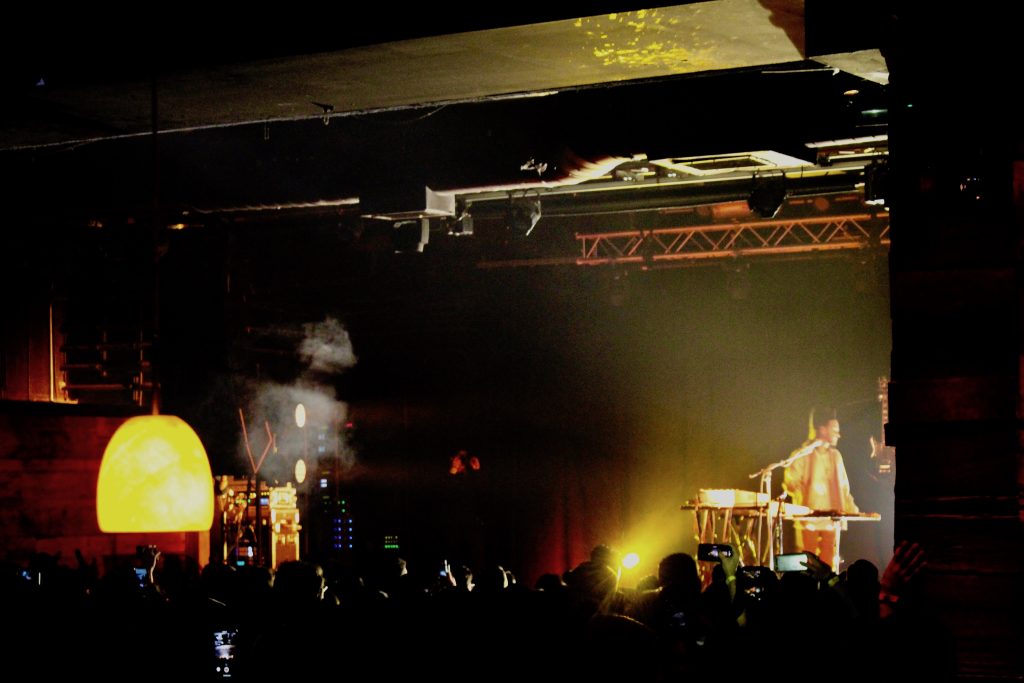 FKJ’s surreal performance topped any expectations I could have conjured. He wrapped up his set with these words: “Thank you, Chicago! I’ll see you very soon.” If the French extraordinaire makes good on this promise, put any plans you may have on the back burner to see him live. That history paper or that frat party can wait another day….