While Schubas, Lincoln Hall, and the Hideout were all packed for their own distinct final nights of Tomorrow Never Knows, the Sleeping Village was also piled up with antsy fans of Frances Quinlan, the unique voice behind Philadelphia based band Hop Along. Quinlan began her music career with the formation of her solo project Hop Along, Queen Ansleis in 2004, eventually shortening the name to Hop Along with the addition of more band members. However, her upcoming album Likewise (set to be released Jan. 31) is her first solo album released under her own name. And the humble, yet practiced excitement she exuded alone on stage turned an intimate performance into a space to simply collapse under her charm.

But before Quinlan took the stage, Indigo de Souza warmed up the crowd — or moreso, made us yearn for her — through her sad indie-punk wails. During “17” she went from tearing up, her voice cracking, to shredding on her guitar on one knee, reverb echoing throughout the venue. The whole set seemed rather depressing, especially because they did not perform their dancey hit “Take Off Your Pants,” but they left everyone around me complaining about an all too short set — a peculiar but effective way of communicating affection for an artist.

When Frances Quinlan strolled on stage in the recognizable orange tiger-striped dress exhibited in her Spotify profile photo, the room instantly felt comforting and familiar. With only her guitar and computer by her side, Quinlan belted out a song from her yet-to-be-released album. Her first two songs were simply her cracking, raspy voice paired with her guitar, but as she began fiddling with her computer — joking that it was just a game of snood — she announced, “I’m about to blow your fucking mind” as it was about to sound like there were a lot more than a guitar on that stage. 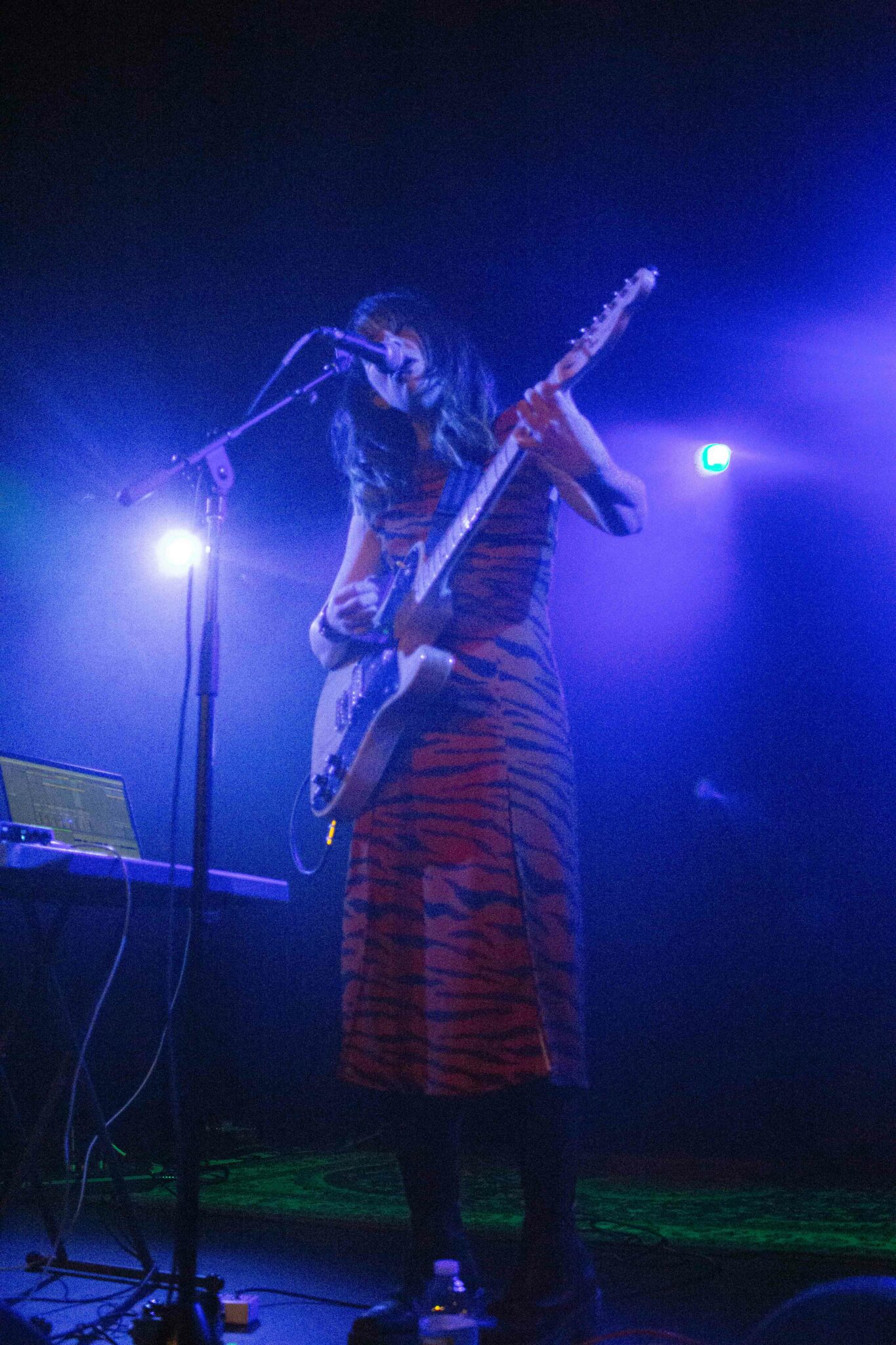 The entire show felt extremely personal as Quinlan interspersed released singles such as “Your Reply” and “Now That I’m Back” with unreleased material like “Detroit Lake” and “Went to LA,” even mixing in a few Hop Along songs, all alongside her conversational banter. She built an easy rapport with the audience, and at one point, her banter even caused a playful Milwaukee versus Chicago rivalry to ensue.

She seemed genuinely happy talking about her band in such a loving way, hopeful that the next time she’d be back in Chicago, her band would be by her side. After bashfully returning for an encore and stating, “If this one doesn’t work out, remember the last one,” she went on to perform one last Hop Along song, “How Simple,” concluding that although she is breaking out as a solo artist, Quinlan has her band still very close in her heart.