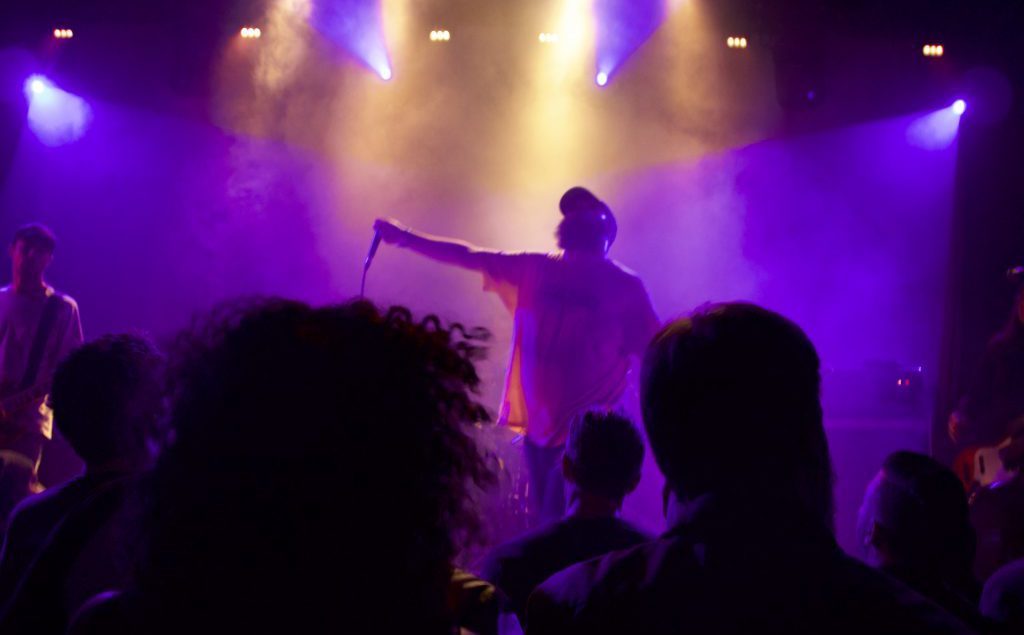 Hardcore punk and post-hardcore are genres that are flagrantly underrepresented in my personal music library; though I respect the genres, I just don’t listen to them that much. The exception is Fucked Up. Though when they were first recommended to me years ago, because of their name alone I instantly wrote them off as a cringingly edgy, Warped Tour-aspiring pop-punk band. When I found out they were Canadian (home to atrocities like Nickleback), that sealed their fate as a band I would never listen to. It wasn’t until last year in an attempt to overcome my unfair, unwarranted musical prejudices that I gave them another chance. And at the Metro, seeing the band live, I became exceedingly glad I did. 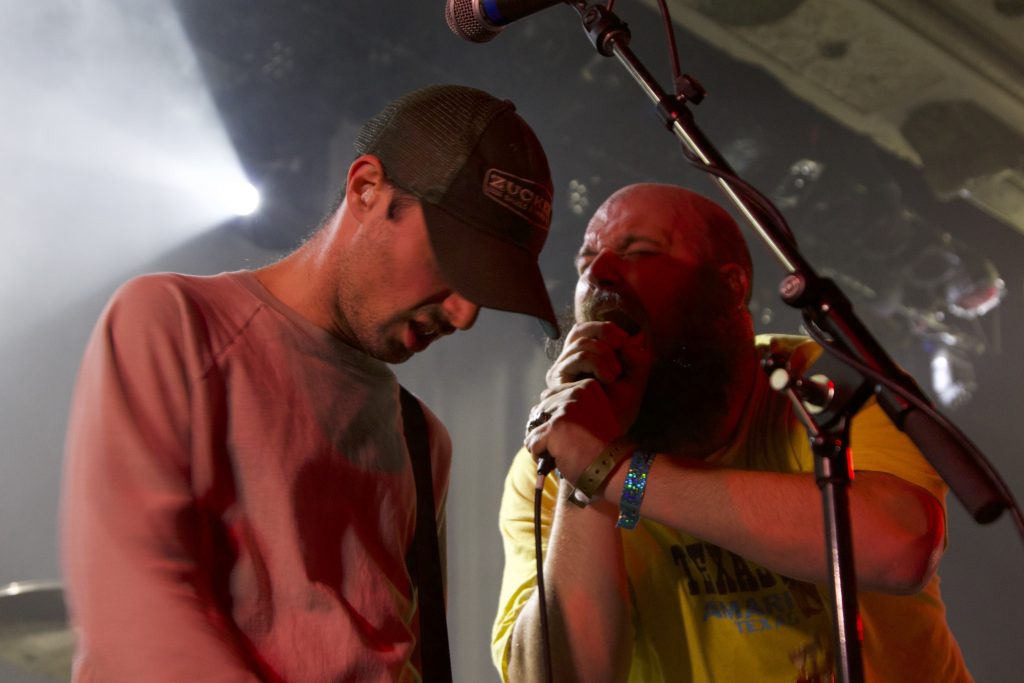 In actuality, Fucked up is possibly the most ambitious current punk band. Live, they are a six-piece act, but on albums, like their 2018 epic Dose Your Dreams, they recruit a plethora of mostly Canadian musicians and singers to collaborate on their tracks, ranging from Colombian-Canadian singer Lido Pimienta to violinist and composer Owen Pallett. Their songs pulsate with the contributions of the large numbers of people that work on them, creating intricate and layered arrangements surrounding big riffs and aggressive vocals. I was curious to see how these studio works would translate live. Before I could get to that, however, was opening act Wooing.

Wooing hails from New York City, and they are a three-piece indie rock/ post-punk band. The band consists of two guitarists and a drummer, eschewing bass for driving guitar lines played on the lower strings. The band excelled in the loud/quiet/loud format perfected by Pixies, and their songs rarely remained static. They were mixed very coherently, so the interplay between the two guitars and lead singer Rachel Trachtenburg was on full display. And yeah, maybe one of their songs sounded a little too much like a slightly more ragged Smells Like Teen Spirit, but overall it was a captivating set of pretty original sounds. 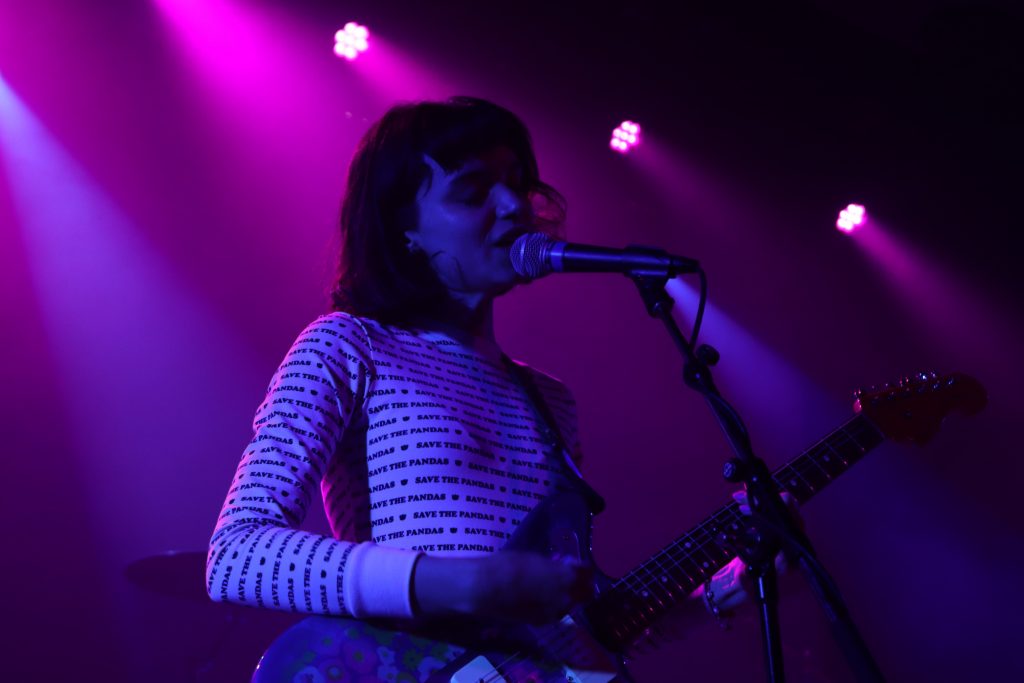 I’d like to reiterate that for Wooing the mix was well balanced, with every noise-making device audible. This was not the case for Fucked Up, who strolled onto the stage after Wooing left with much bulkier amps and three guitarists. They began with the title track off their latest project Dose Your Dreams, which starts with an extended noisy-psychedelic jam over a disco beat and baseline, and after a few minutes the lead singer (screamer) Damian Abraham sauntered onstage and started belting lyrics.

Even though I imagine he would have been shouting at a piercing decibel if he was the only person in the room, he was utterly drowned out by the three-guitar assault to the point that if my eyes were closed I would have thought they were an instrumental band. The whole show was pretty much like this, but while Damian was hard to hear as a lead singer, he was ever present as a hypeman. He has the hardcore frontman handbook memorized, lunging across the stage, thrashing, and looming over the crowd, and overall he helped create an intense, rowdy, but playful atmosphere for the show. 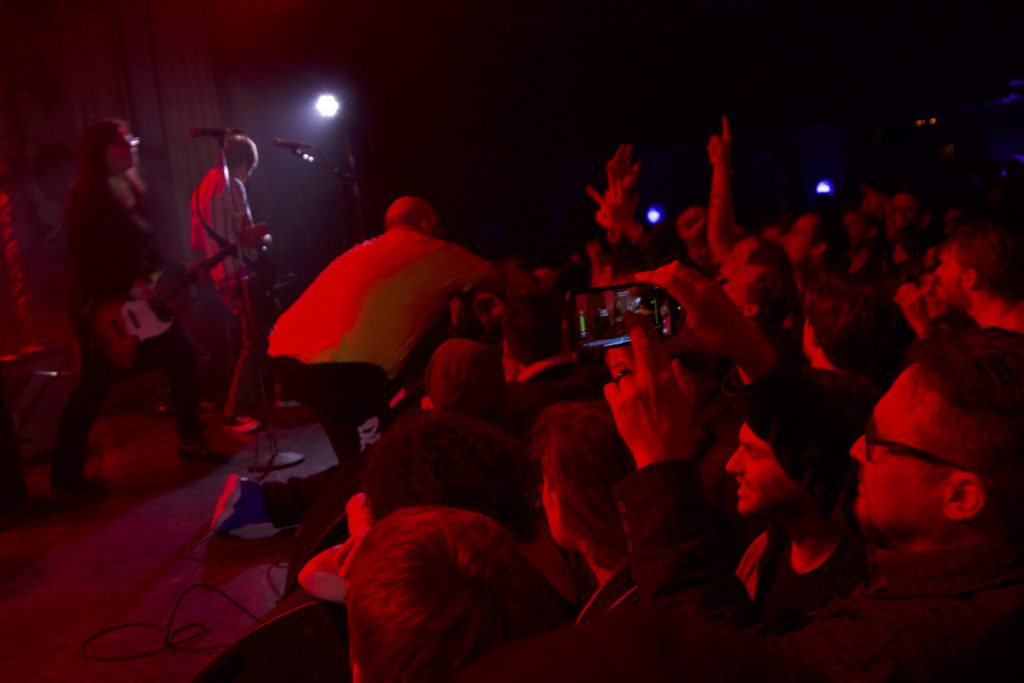 I realized that Fucked Up on album and Fucked Up live are great for different reasons; on album, they are great because they are a complex, catchy, and ambitious band that craft powerful songs which incorporate influences well beyond the traditional hard rock palette, creating concept albums with fully realized narratives. Live they’re great because they play really loud and really fast, and all that other stuff is still probably there but buried and certainly not the focus. Though unfortunately I had to leave before the headliner The Black Lips, I exited the building glad I gave the band another chance despite their name, and wondering if I had about ten years tops of hearing left if I kept going to shows like that.