Walking into the sparsely populated corridors of North Side Chicago’s Lincoln Hall, one thing was apparent: the name “Generationals” truly reflected those in attendance. Considering the band’s debut album Con Law was released over ten years ago, the band has built up a solid base, spanning generations of indie music listeners. I failed to realize this, considering I only recently became a fan of the duo consisting of Ted Joyner and Grant Widmer, thus I was shocked that I was perhaps the youngest concertgoer that night by far. The experience of the audience showed, as opposed to relentlessly moshing and tossing each other around, the crowd loosened their ties, ditched their loafers, and danced the night away while sipping on their IPAs. 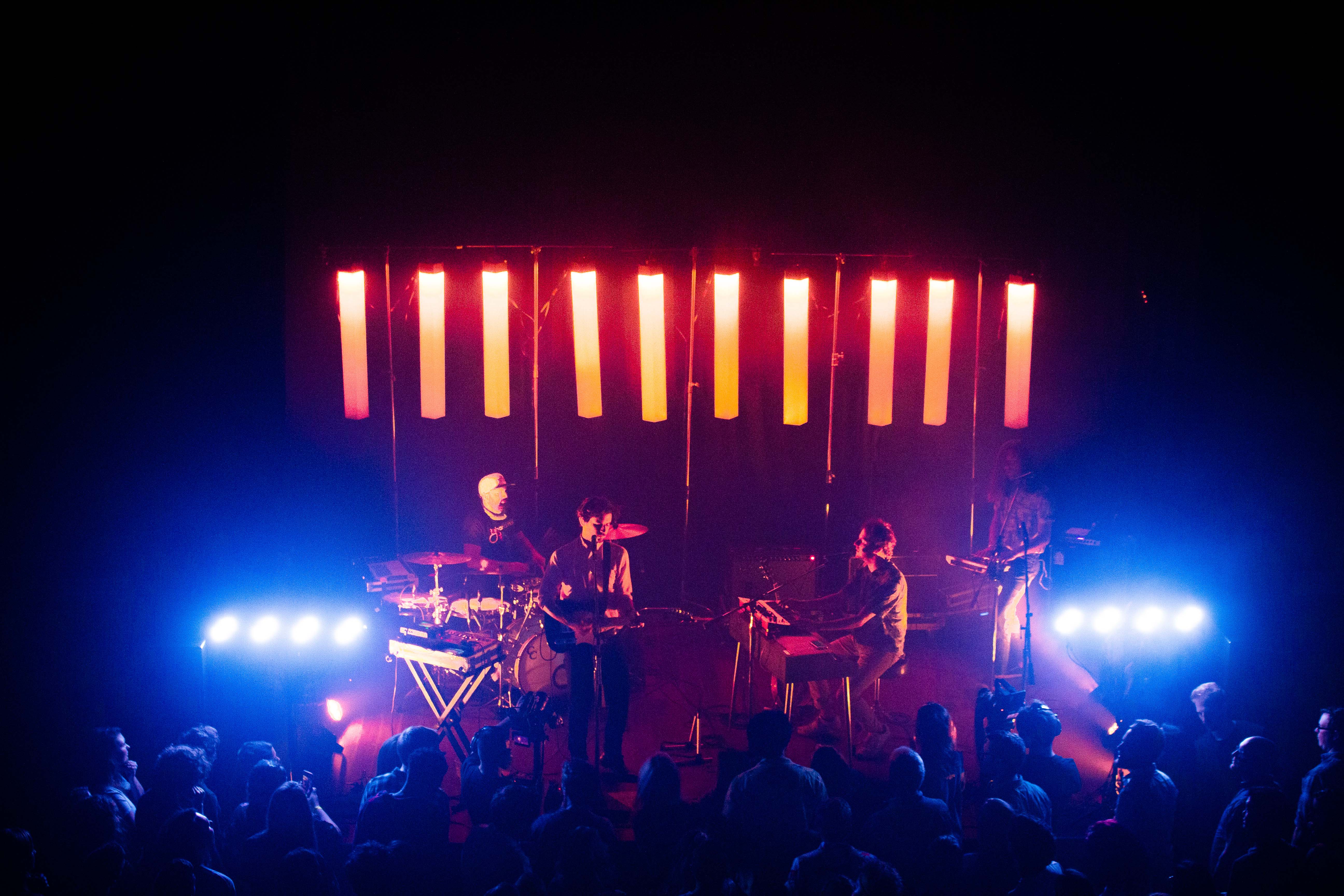 Opening the show was Brooklyn-based project Gemma, consisting of vocalist Felicia Douglass, of Ava Luna and Dirty Projectors, and producer Erik Gundel. The New York Times describes them as “a silky, poppy new project with plenty of open space, mid-’80s R&B hooks and gently skittering beats,” and I couldn’t agree more. It was refreshing to hear the soulful melodies of Douglass and her backing band, a sound which was unexpected considering the typical style of the headlining act. There was an energetic presence about the band, as Douglass opted to hold her mic instead of relying on a stand so she could freely move and dance around the stage.

At the onset, Gemma did appear to be somewhat asleep at the wheel (understandable considering the 9 PM start time), but the band definitely warmed up as evidenced by their constantly improving stage presence. One non-musical moment that especially stood out was when the guitarist revealed to the crowd that while he was singing “something happened where I choked on my own saliva… does that not happen to, like, Adele,” a remark that sent the crowd into a burst of laughter.

During the set change, the crowd didn’t appear to seem antsy, but the opposite. The energy level that was built up by Gemma died down, an issue which would rear its head later in the show. But when Ted Joyner and Grant Widmer, the New Orleans duo behind Generationals, came onto the stage, the crowd erupted. As the opening song began to play, a series of hard hitting notes from the drums got everybody moving, and I couldn’t help but bang my head to the beat as the insanely cool strobe lights flickered behind the band.

Generationals played with a childlike, yet refined, approach which I felt allowed them to cut loose and really enjoy their craft. Donned in their Hawaiian shirts, the band was reminiscent of a couple of middle aged men who, for one night, were allowed to relive the joys of their youth.  Widmer let out a “we’re gonna fucking do this shit” and the crowd loved it, as they joyously danced along to every word of the first few songs.

However, as the night started to creep along, that same intensity faded, and the energy level was noticeably lower than before. It got to the point that, by around the sixth song, I could overhear several conversations stirring within the audience. When the band cued up one of their most popular songs “When They Fight, They Fight” though, the crowd erupted again, and this time the energy lasted the rest of the show.