Without saying a single word, or even showing his face, Gesaffelstein had thousands of people hypnotized and wrapped around his gloved finger. The French techno giant unleashed euphoric mayhem onto the unsuspecting Aragon Ballroom, playing a set so positively electrifying it felt like it’d only just begun the moment it ended.

Let me start by saying that the Aragon was the perfect venue for this show: the sky-high ceiling, the stunning galaxy-inspired murals, the ornate, vintage design straight out of a time long forgotten — I already felt like I was in an otherworldly place. A little after 10pm, the ballroom went black and harsh white lights hit the back of the stage. The crowd watched, transfixed, as Gesaffelstein emerged, walking very slowly, probably because he knew he looked incredible.

Created specially for him by fashion house Balmain, Gesaffelstein’s reflective black ensemble danced underneath the stage lights. His famous silver chrome mask, unblinking and expressionless (upon inspection of photos it dawned upon us that he was even wearing silver contact lenses), surveyed the roaring crowd with a silent dominance that almost shook the ground beneath us. It was like witnessing the arrival of a robot alien; a cyborg being that had come to earth to show us how it’s done in space. He took his place between two enormous synthesizers and launched straight into the monstrous “Pursuit.” 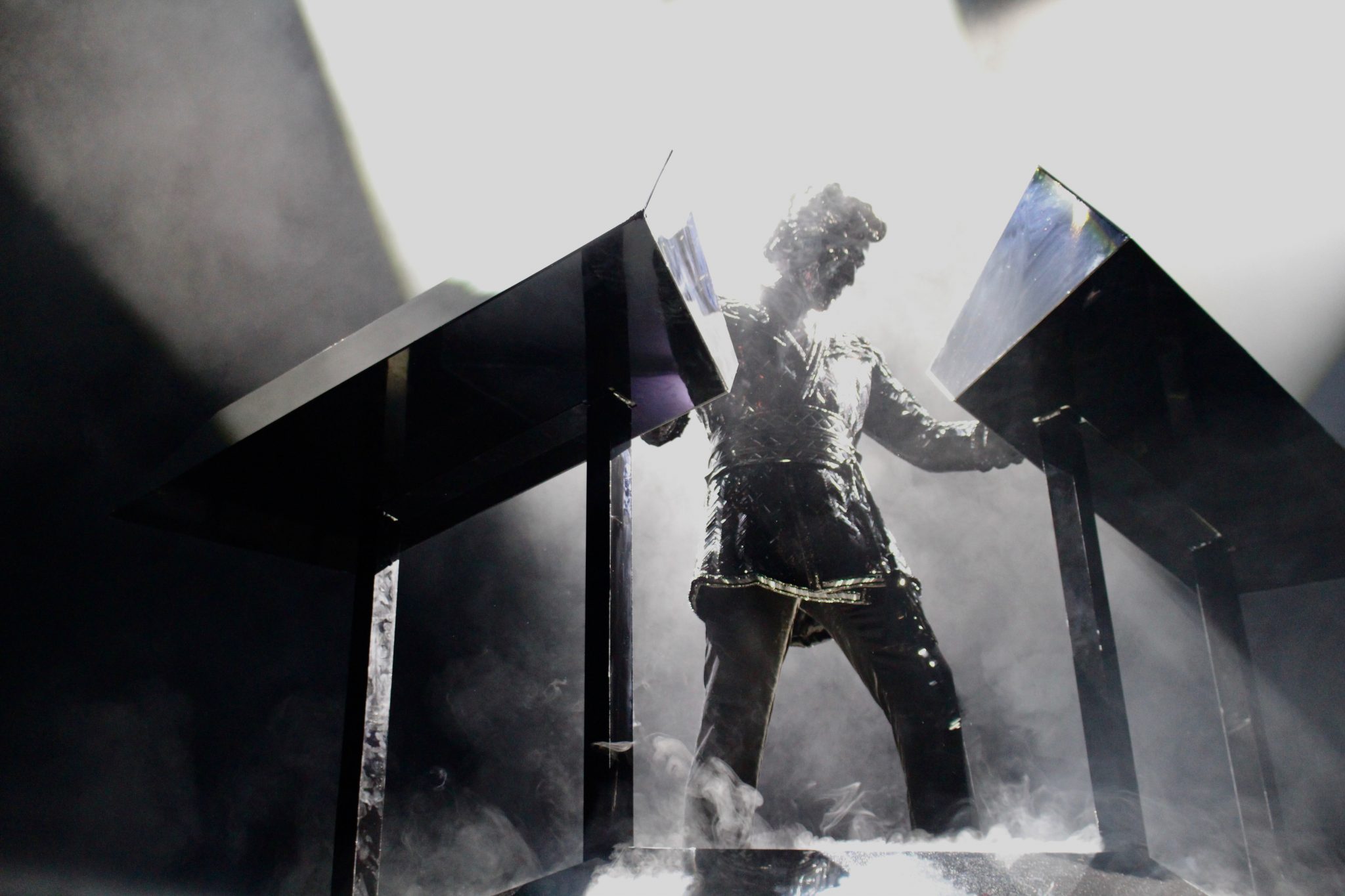 I know I’m supposed to give a detailed breakdown of different parts of the show and what went down during specific songs, but Gesaffelstein has made that difficult for me. His transitions between tracks were beautiful and seamless; the show was a non-stop rampage of the absolute best of his trademark dark, disruptive, beguiling sound. It was apparent, though, that his setlist contained a good variety of his repertoire: “Hellifornia” pierced the air with the synths of West Coast 90s hip-hop, while the deep, heavy bass of “Viol” boomed and rumbled through our chests. The sound was immaculate and I could feel every flutter, every tone, every beat.

As the entire ballroom of thousands danced like there was no tomorrow, Gesaffelstein moved and grooved too, but with poise and total control. He commanded everything like he was some sort of god, and it definitely felt that way — he was a creature from the future, ruling the whole space with the touch of his fingers. Strobe lights cast huge shadows of his lanky figure onto the ceiling in stuttering bursts; I found myself staring at this display, mesmerized.

Gesaffelstein ended the night by sending chaos rippling from one end of the Aragon to another, playing “Orck,” a relentless electro punk-rock demon that ensured that no one had their feet touching the ground. After an explosive finish, the DJ wordlessly descended down unseen stairs, and that was it. Those around me whined in protest and outrage; a 90-minute set was absurdly short. It was nearly impossible not to feel disappointed at the end, but I took comfort in knowing that it was all because the show was just so damn good.

Although he didn’t make a sound, Gesaffelstein proved loud and clear why he’s hailed as one of the best DJs of today. His show was a surreal, unforgettable experience that transported me elsewhere, and after a hellish week, it was everything I needed.