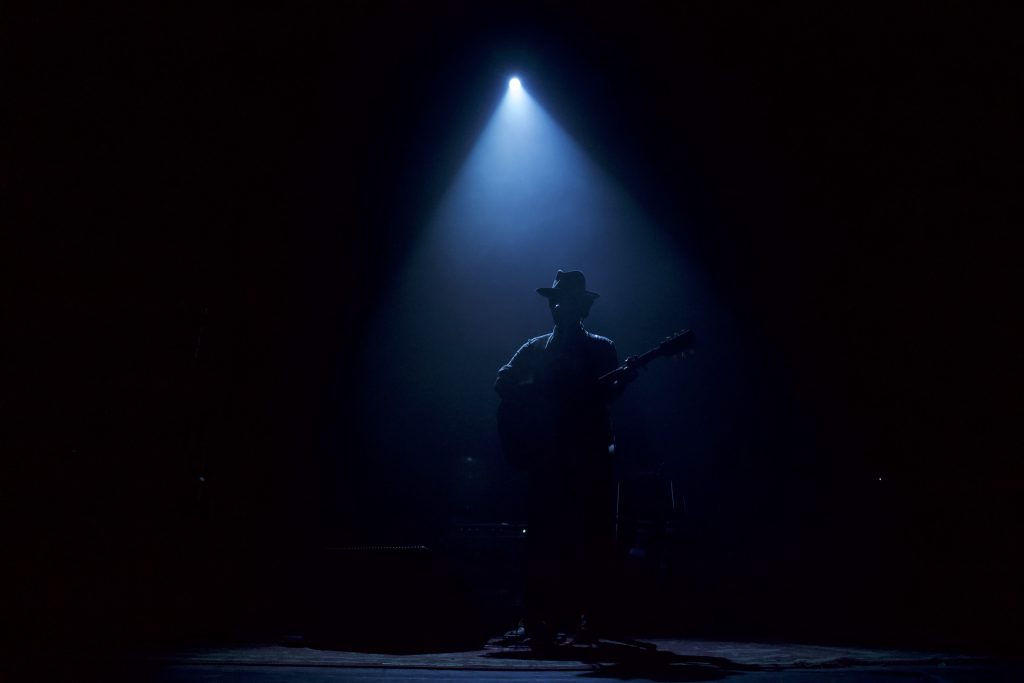 Indie-folk staple Gregory Alan Isakov played a lovely, organic show at the Vic on Wednesday. The singer-songwriter is touring in support of Evening Machines, his seventh album, released this past October. Another singer-songwriter opened the night, Haley Heynderickx, a solo act. Her onstage energy was funny and light, even while her songs dug deeper. She writes a good song, with unique, colorful images and intriguing subject matter. “The Bug Collector” is a simple story about finding bugs in an apartment with really interesting images, most notably where she describes a praying mantis as a “priest/ From your past life out to getcha.”  “No Face,” another creative song that could stand alone as a poem, showed the strength of her form. A slightly more catchy “Oom Sha La La” was the best, however, with its surface silliness deeply contrasting its more emotional themes. Her set was a great introduction to her as an artist, and she’s definitely one to watch as her resources and exposure increase. 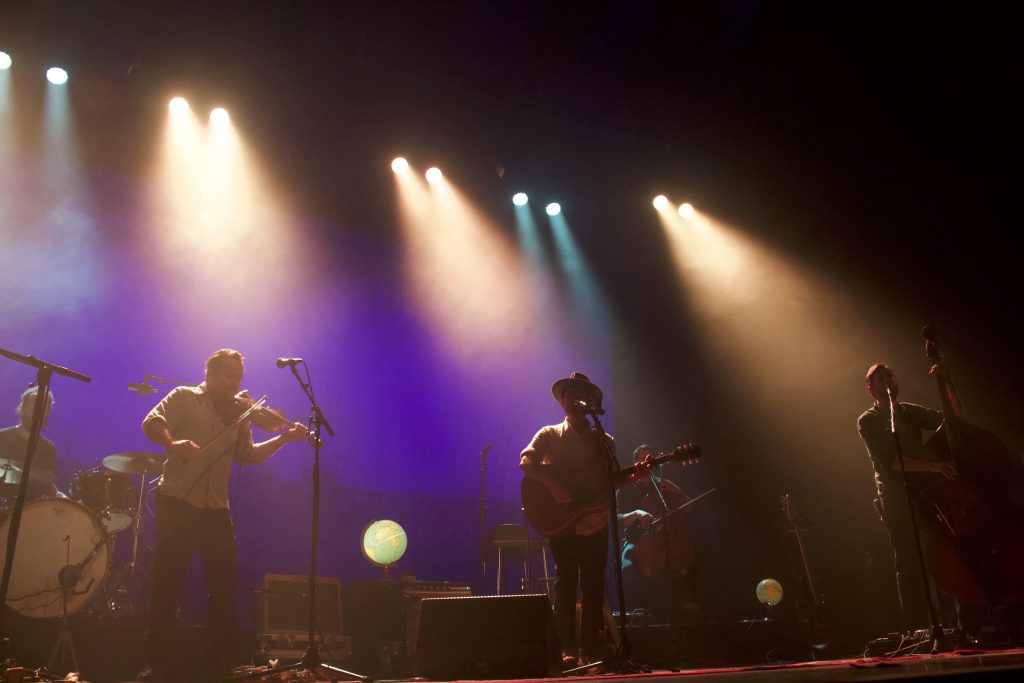 Without too much of a wait after  Heynderickx, Isakov and his band took the stage. While Isakov releases under his own name, his band is made up of an eclectic mix of musicians: Jeb Bowes on violin, Phillip Parker on keyboard and cello, Steve Varney on banjo and guitar, Max Barcelo on drums, and John Paul Grigsby on bass (upright and electric), with Isakov himself on lead vocal, rhythm guitar and, briefly, harmonica. The band itself is capable of a diverse range of sound, as many of the musicians pull double duty on different instruments.

Throughout the show they were all able to switch back and forth individually, allowing their sound to cover a spectrum genres, from old-school folk music to modern rock. The sheer mutability was awesome; the nuanced level at which the band was able to alter their sound was impressive and engaging. The constants, and arguably what makes the band so unique, were Isakov’s vocal and Bowes’ violin. Bowes is a well-rounded player, and he filled the gap that would traditionally be plugged with catchy guitar hooks. He changed the whole texture of the music from song to song and made for a classically stunning finish to their well-rounded sound. Isakov’s voice mirrored the smoothness of the strings, and his often-poetic lyrics added another layer of meaning. 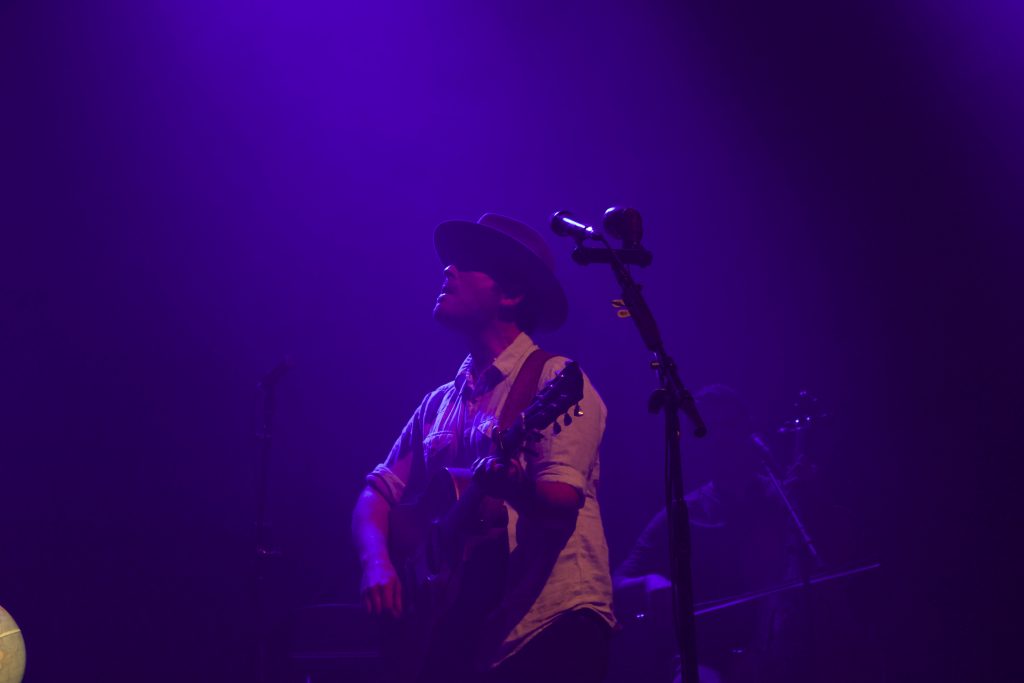 The Vic is a beautiful theatre and the stage looked homey with a red rug, scattered globes (which turned out to be lights) and a heavy layer of smoke. The smoke was a great stylistic choice; it caught the vibrant lights used throughout the show for a watercolor-like effect. They opened up with “She Always Takes It Back,” a solid song that highlighted Varney’s banjo skills and set the emotional tone for the night. Isakov’s songs are not exclusively sad, but they evoke a feeling that has a somber color. Even when they picked up the pace and went for a more rock vibe like on “The Empty Northern Hemisphere,” “Chemicals,” and “Berth,” Isakov’s vocals maintained their wistfulness.

Isakov’s onstage presence was calm and authentic, and he took a few moments between songs to tell stories about the writing of some of the songs. Before “Virginia May,” Isakov’s most country-influenced song (old school country music, back when “country” wasn’t a bad word), he described performing the song twelve years ago when he first started touring. He walked away from finishing a horticulture degree, joking “fuck college,” which got a huge laugh from the crowd. These little asides before songs focused on Isakov’s intimacy with his material and made for a wonderfully personal concert experience. He mentioned how it was “the most I’ve ever talked” because he usually “tells strange stories,” but each of his conversational moments opened up the songwriting process for his fans. He described writing “Dark Dark Dark” by taking lists of words from “trashy romance” and sci-fi novels and using them like “magnetic poetry” to write the song, which is one of Isakov’s best in terms of lyrics. He also described the inspiration for “Master and a Hound”–a snowglobe from the San Francisco airport he received as a gift. 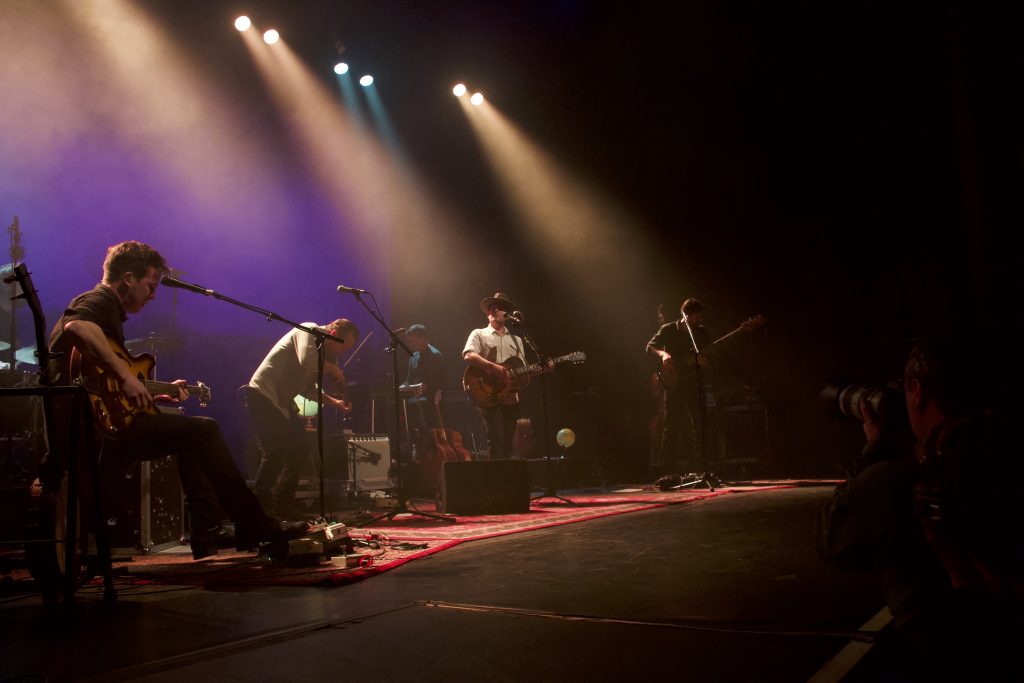 He finished the show in an encore where he and the band all shared a circular, vintage style microphone. The whole group surrounding the mic, taking turns singing or soloing into it. This moment made for a sweet image of their group dynamic and was a nod to old-school arrangements where bands themselves had much more interaction. The night was full of intimate, bright moments like this where the audience watched and shared the creative joy of Isakov and his bandmates.