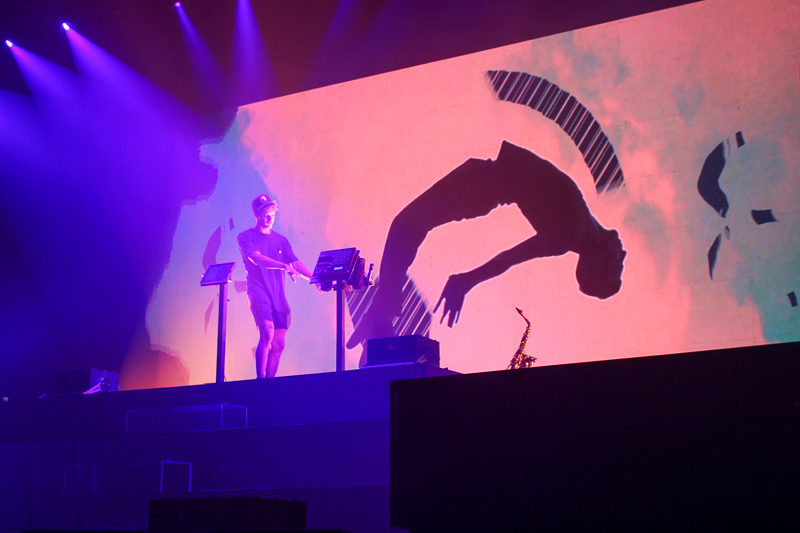 Grant Kwiecinski, also known as Griz, Denver-based DJ, producer, and saxophone machine, took the stage at Navy Pier for a bustling night of funk, grooves, and electronic-soul sounds as part of the second season of his Ride Waves Tour.

Due to the multifaceted nature of his music, Griz’s fan base encompasses a wide array of light-spirited individuals, aiming to push the boundaries of self-expression and creativity.