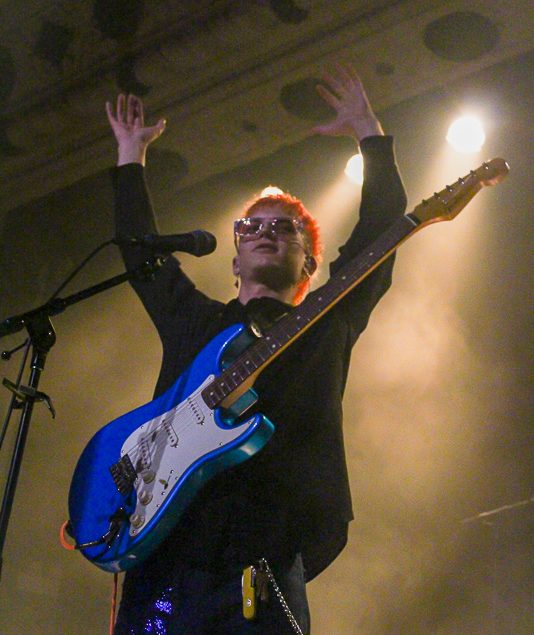 On one of the first cold evening of this fall, as I approached Metro — the concert hall right under the looming shadow of Wrigley stadium — I was met with a surprise. Even at thirty minutes post-doors, the line to get into the show still wrapped around the block, but seemed to be moving fast. The people waiting to get in were eccentrically dressed, and for the most part seemed as cold as me, but were also noticeably excited for the show to come. The buzz of anticipation remained in the air as I walked through the doors and up the stairs into what can best be described as a dream.

Spencer. (the period is part of his name) had already taken the stage, and he and his band already had the crowd swaying. Spencer. himself was front and center on lead vocals and bass, a combination that allowed him to craft unique melodies supported by smooth bass lines and repetitive, rap-like drum backings. While I hadn’t listened to any of his music before the show, I was immediately intrigued by his voice and style. Though it’s a shame that his voice had a hard time cutting through the noise of the instruments live, something I didn’t fully realize until listening to his studio recordings later on.

After a few enjoyable songs — each with not all too different bass and drum lines, dreamy Steve Lacy-esk chord progressions, and consistent guitar solos — I was ready for the main event, and I think the rest of the crowd was too. Around me, I was already hearing whispers about Gus, people asking, “I wonder what color his hair will be” and “I can’t wait to see his dance moves.” We were all on the same page; we wanted Gus.

Like many artists, what makes Gus Dapperton so intriguing is his fearless originality. Growing up in the small conservative town of Warwick, NY he felt constrained by other people’s expectations of what they thought he should be. Mostly keeping to himself, he recorded and mixed songs in his bedroom. Not much changed when he went off to school, except he was more confident in himself and quickly decided the best move was to drop out and carve his own path. Ever since, he’s done exactly what he wanted in terms of both his music and his style, and it’s made for quite the spectacle.

He didn’t disappoint tonight, taking the stage with an orange/green mullet, blue lipstick, dangling earrings, reflective blue pants, and chunky white sneakers so big they make Filas look like slippers. The rest of his band was dressed in a similar fashion, and carried themselves with an energy that said, I don’t care what you think, we’re just here to have fun. And fun it was, as the audience erupted into cheers and danced as the group started their set.

Similar to the opener, most of Gus’s songs were carried mainly by a heavy bass line and repetitive drums, though his use of 80s style synths and his clever, catchy lyricism elevated him to another level. He attributes his musical style to his upbringing, listening to his parents’ collection of both 60s rock and 80s new wave. He borrows elements from both, and adds his own twist with quirky lyrics he describes as having “a literal meaning, a metaphorical meaning, and a secret meaning, just for me.” 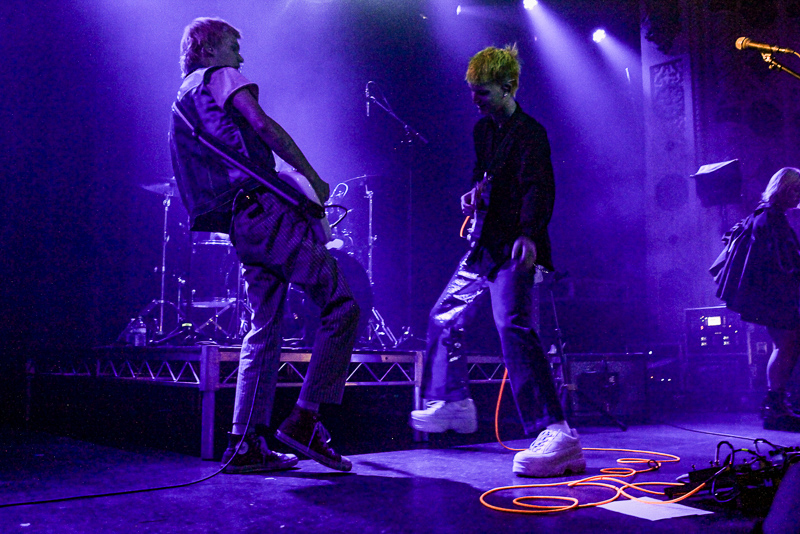 The outcome is music that is equally fun to listen and dance to, especially with his hits like “I’m Just Snacking” and “Prune, You Talk Funny” that had the whole crowd moving without a care in the world. My only critique is that after a while, especially with the less popular songs, all the synth and bass ended up sounding a little too similar (though it’s still a wonderful sound). The dreamy air continued on through the night, coming to an explosive end during the encore when the band covered the Top Notes’ “Twist and Shout” to cap off a wonderful night.