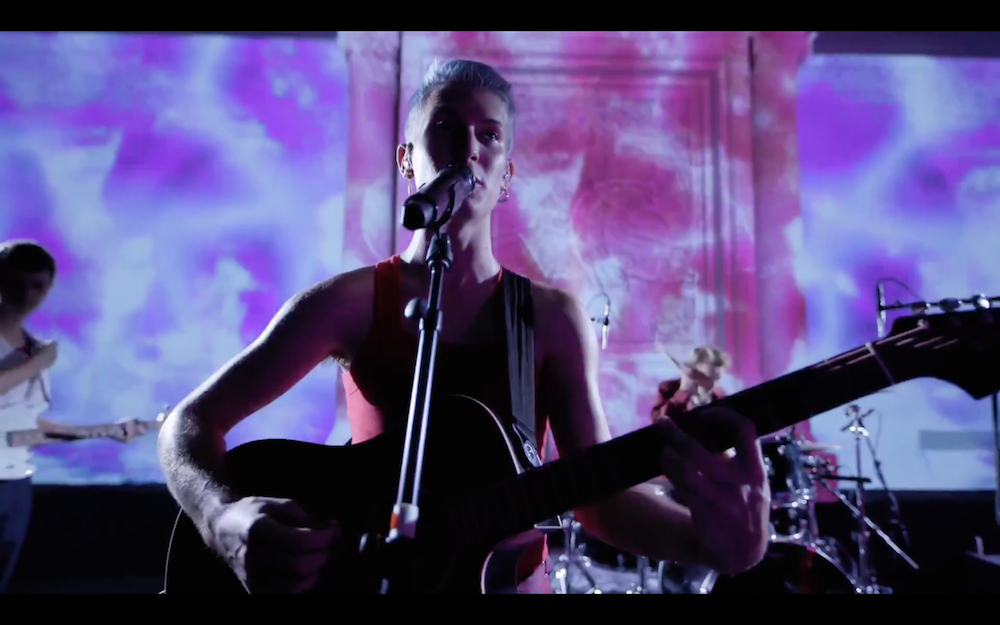 I’m not alone in admitting the inability to attend live shows has left a sweaty-concert-crowd shaped hole in my heart. It’s safe to say the pandemic has fundamentally changed the way we experience music, and musicians and listeners alike have been forced to get creative. Stages are replaced with screens and the anonymity of a crowd with a new sort of artificial proximity through livestreams and socially distanced events.

It’s through this artificial proximity that bedroom pop singer-songwriter Gus Dapperton performed for the first time in nine months on Sept. 25. He broadcasted live from ZeroSpace, an innovative “immersive art playground” in New York. Having just released his new album, Orca, Gus condensed what would have been a cross-country tour into an intimate 50-minute concert. 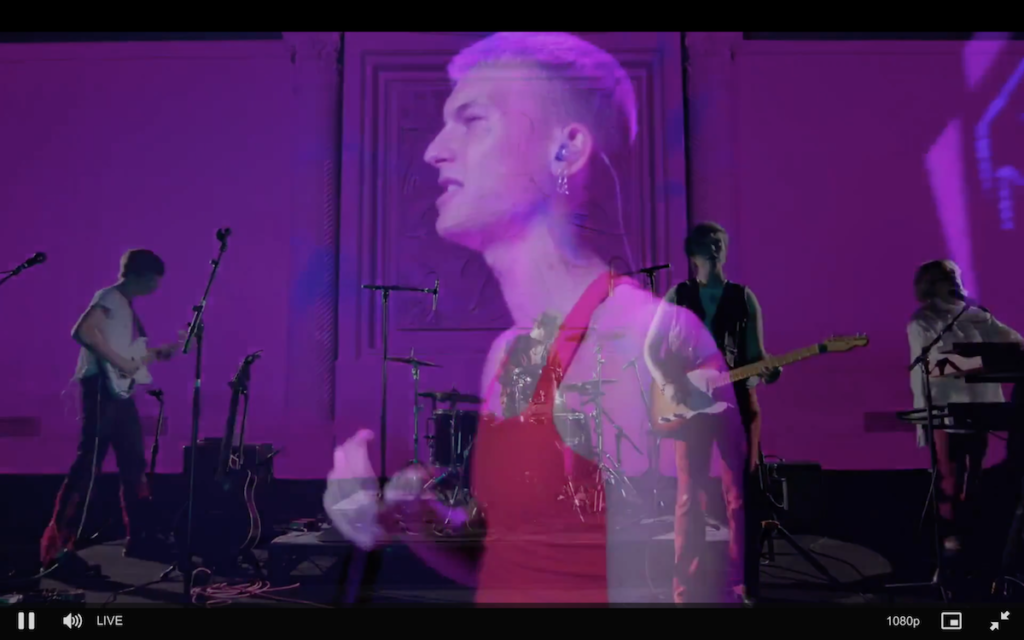 Like many in the virtual audience, I experienced this show through headphones on my couch while my roommates chattered in the background. Thirty minutes before the show began, people were already in the chat, exchanging Instagram handles and stories from back when concerts were a real thing. The chat remained active the entire show as fans keyboard-smashed in excitement and typed out lyrics in caps lock – the post-COVID-19 equivalent of screaming along to the music. As the black screen gave way to the stage floor, messages flooded in with rapid-fire anticipation; the concert had begun.

A single camera tracked Dapperton as he took to the stage wearing a red tank top and baggy trousers, sporting a blue buzzcut (a departure from his once-signature bowl cut). The camera stayed on him for the rest of the performance, though sometimes turning attention toward his band behind him. The stage was set simply in front of a pink and purple projection, which changed to spinning plus signs – his new album logo – near the end of his set as Dapperton debuted songs from Orca for the first time. Dapperton took advantage of the 25,000 square feet ZeroSpace had to offer, often leaving the stage and leading the camera through rooms of different art installations. 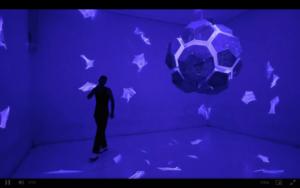 Despite the show being advertised as the first live performance of his new album, Dapperton played only a handful of songs from Orca. The setlist was composed mostly of old songs, many of which were well-known fan favorites, including “I’m Just Snacking,” “Prune You Talk Funny,” and (the first song of his I ever heard) “Moodna Once With Grace.” Maybe this was strategic, a way to offer something familiar to fans in an otherwise unfamiliar situation. Whatever the purpose of this decision,complained. During “I’m Just Snacking,” Dapperton left the stage for a purple-lit room, dancing around a metallic sculpture. Other moments offered a chance for his band members to shine, as he took a break from singing to dance wildly along to his guitarist’s solo on “Fill Me Up Anthem.”

The stand out performances, however, came with the live debut of Orca. The fans blew up the chat when he began “Bluebird” and expressed their tears during “First Aid,” the emotional lighter-waving song of the night. Dapperton ended the show with “Post Humorous,” his premiere single off the new album. 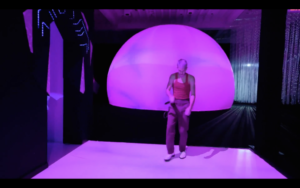 “Feel free to dance. We’ll be dancing with you on the stage,” Dapperton said during one of his rare moments addressing the crowd. And dance he did. The effort it takes to keep a crowd engaged as a performer can’t be overstated enough – the effort it takes to keep a crowd engaged virtually, even moreso. Despite the obvious difficulties, Dapperton made a damn effort to deliver a show that came as close to equating the thrill of live music as possible. Not only did he deliver a stellar performance musically, he managed to bring a level of energy otherwise reserved for a crowd of superfans. Even from a (literal) thousand miles away, the din from my living room seemed to disappear for a bit.

While it’s not clear what direction concerts are planning to take in the following months, recorded shows like Dapperton’s offer a glimpse into the near future of live music. Maybe it’s not so bad after all. 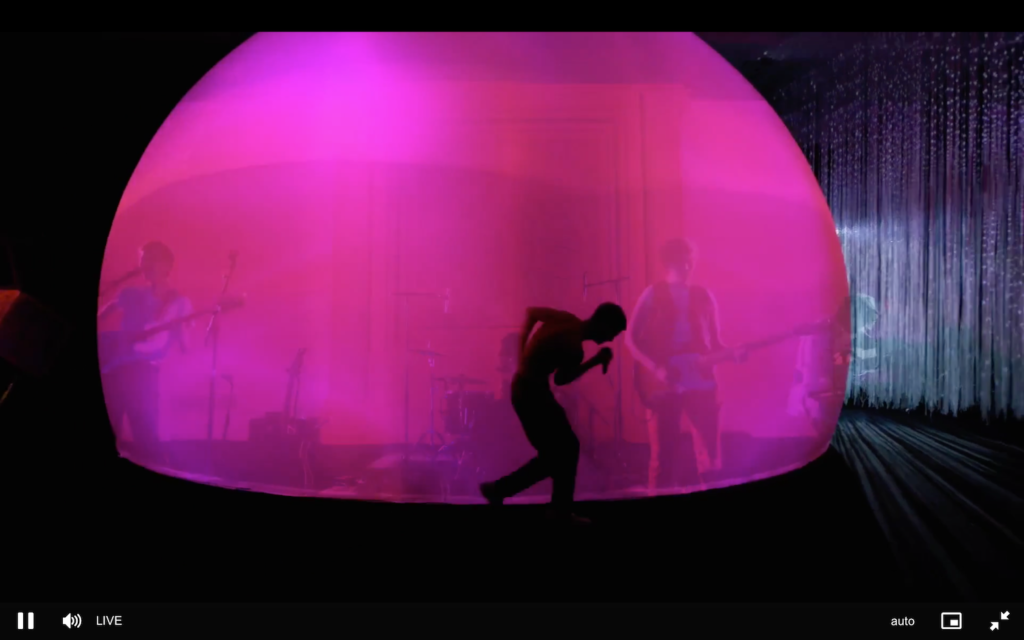