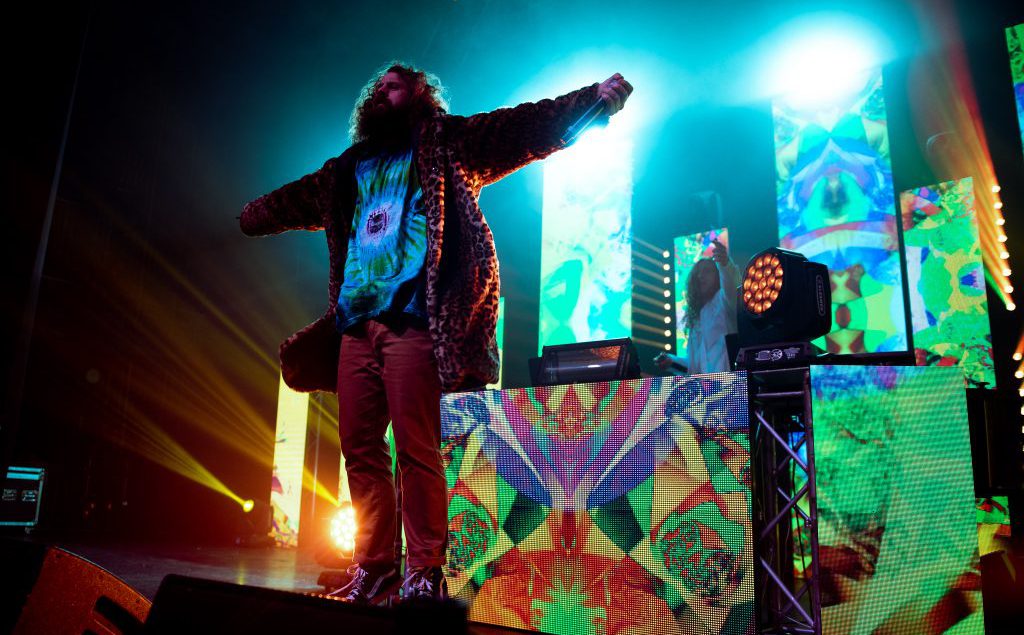 When I was 16, Hippie Sabotage came to my hometown of Albuquerque, New Mexico with Alex Wiley and Mike Gao.  Even after hours of begging my mom to let me go to the concert she refused. They were playing at Sunshine Theater which is a notoriously dangerous venue in a bad part of town, so I understood my mom’s refusal.  I spent the night enviously watching Snapchat videos from my friends who went to the show. Videos of the hypnotic lights, Hippie Sabotage sharing joints with the audience and one of my friends even getting on stage with them made me want to see them even more.  On Friday night, I finally got that opportunity. 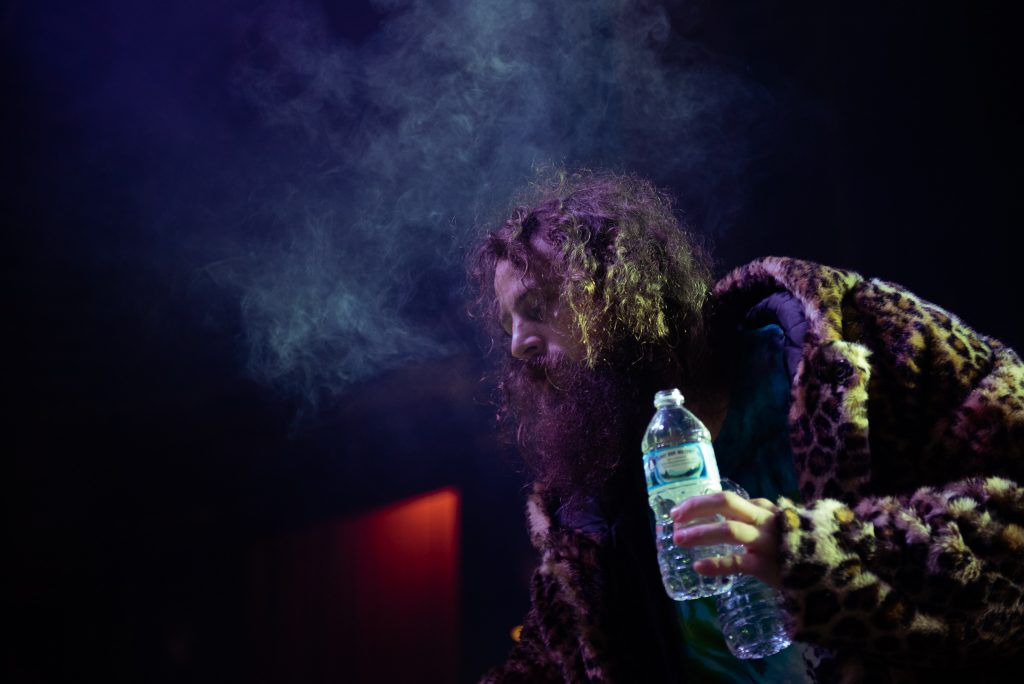 Hippie Sabotage’s show at Riviera Theater on March 1st surpassed all of my 16-year-old self’s expectations.  Right after their initial introduction to the crowd, Jeff Saurer, one of the brothers in the EDM duo, announced, “if you have never seen us live, this is what I like.  I like dancing, I like jumping, I like screaming, I like yelling, I like crowd surfing the whole show.” This primed the audience for the show that was to come. 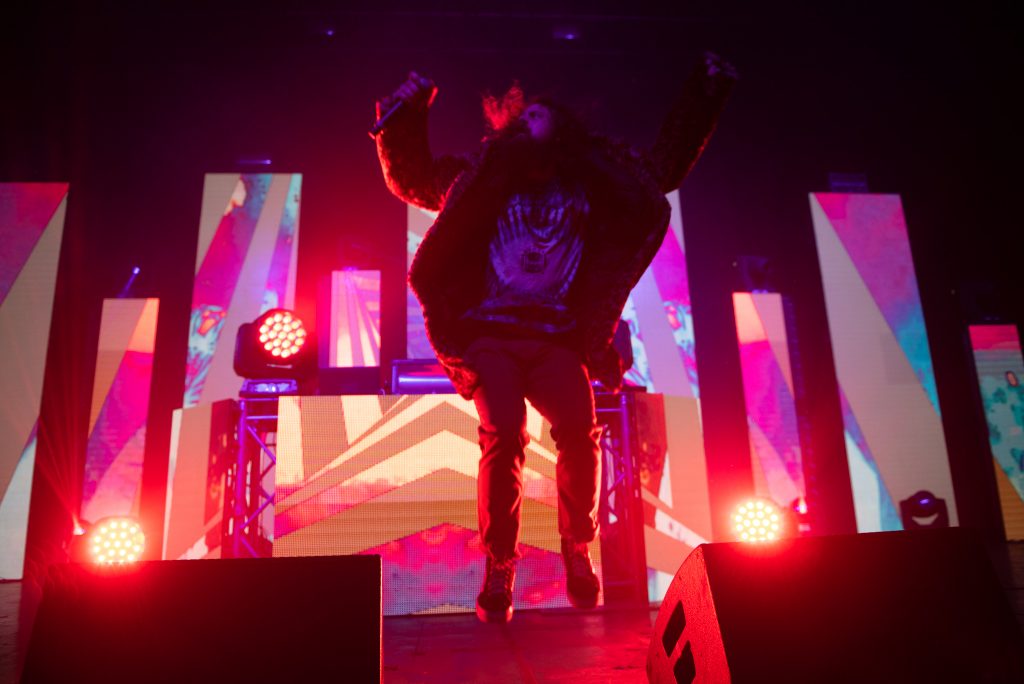 The production of the show was pretty good overall.  The lit up boxes behind the duo helped add to the mood of the show.  While Jeff’s voice sounded great, the music didn’t seem to be loud enough throughout the entire show.  Other than the low sound, the show was great. The music was fantastic, as was the mood and energy of the show. 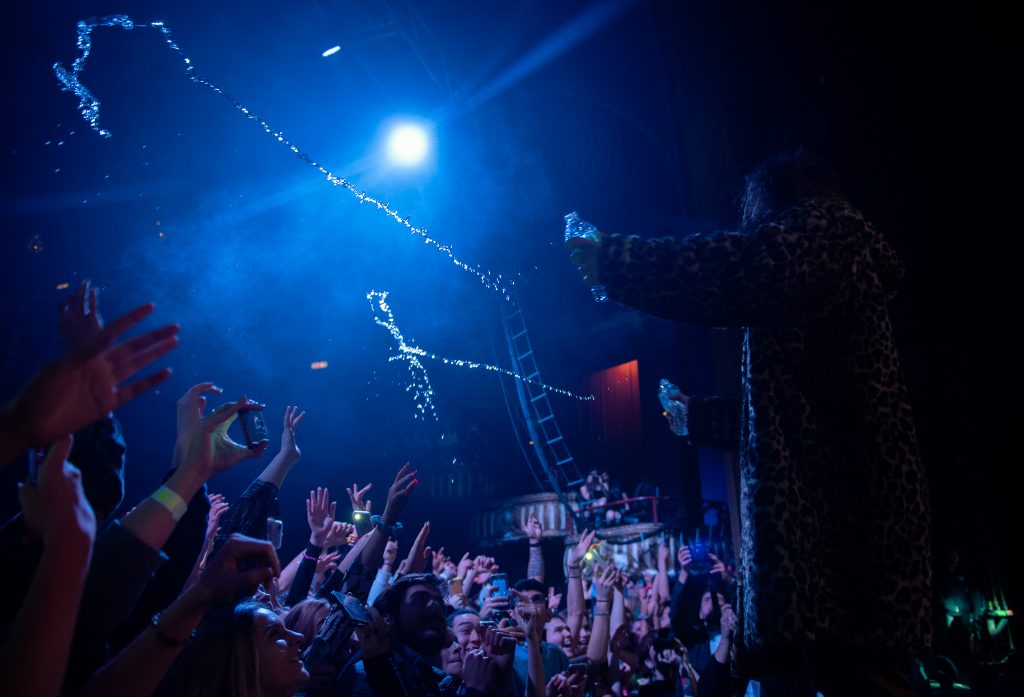 The first song the duo played, which seemed to be a new beat, was prefaced by Kevin Saurer screaming in his deep, raspy voice, “make some noise” and demanding that the audience put their hands up.  Kevin counted down from three, and then the beat dropped. Every single person in the crowd was dancing, jumping, screaming and yelling just as Jeff had requested. 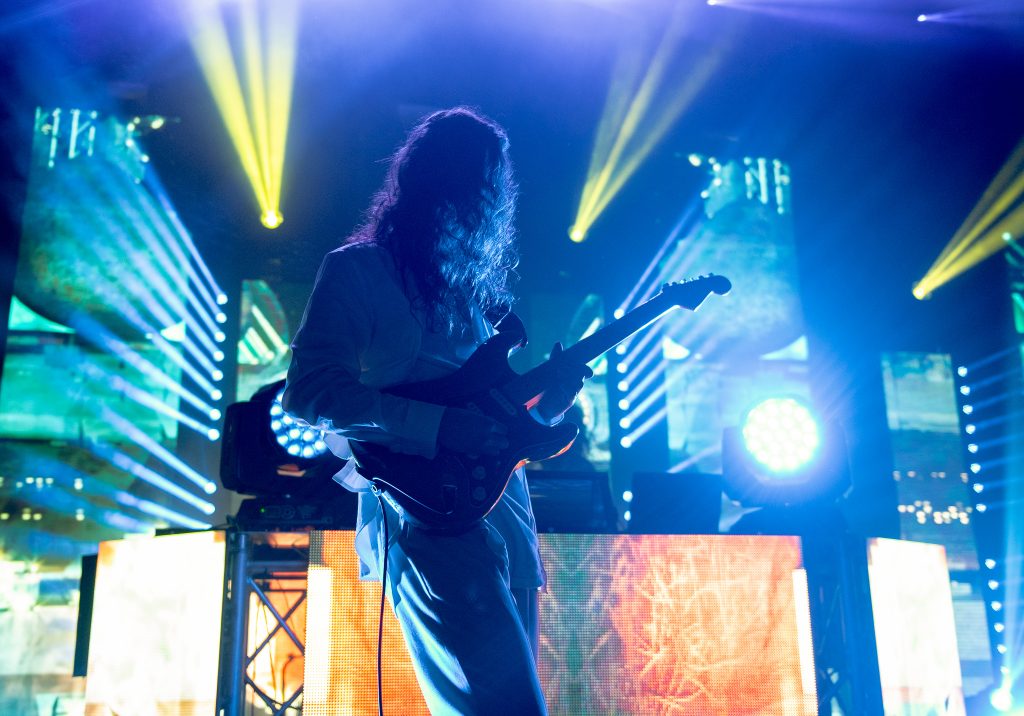 The duo had the crowd in their hands the entire show.  Every time they asked the crowd to split down the middle, hold them above the crowd or calm down for their slower songs, their wish was immediately enacted. For songs like Devil Eyes and Your Soul, the audience sang every word.  After saying yes to the audience’s request for an encore, the duo closed out the show with a brand new song. Hippie Sabotage lived up to everything that 16-year-old me expected and I can’t wait to see them again.